The Revel Ultima2 Salon2 has been around since the beginning of high-end audio. OK, not really, but it feels like it. Doug Schneider reviewed it and made it his reference back in December of 2009, and it’s still his go-to speaker to this day. At $21,998 USD per pair, the flagship Revel represented to many the best you could do for 20 large back in the day. With the excellent Harman research and testing facilities and a design team led by industry stalwart Kevin Voecks, the Salon2 was part boutique high end, part corporate branding exercise, and part measurement reference for other companies to shoot for—it’s a high-end audio icon of sorts. The four-way, six-driver Salon2 is still a very competitive product by today’s standards—a testament to its design team if there ever was one—and you could do much worse than acquiring a new pair.

The Salon2 (54″H x 14″W x 23″D) is made mostly from layered MDF, though its solid MDF baffle is contoured to reduce diffraction. The 1″ tweeter is made from beryllium—still considered among the state-of-the-art alternatives for HF reproduction—and is mounted in a waveguide. The 4″ midrange, 6.5″ mid-woofer, and three 8″ woofers are titanium-diaphragmed designs—a little long in the tooth in terms of SOTA materials, but still cool enough. The Salon2 weighs about 146 pounds, though Revel seems to prefer its in-the-box weight of 178 pounds on its current website. There is no information about the crossover components that I could find, though it is a high-order design with crossover points at 150Hz, 575Hz, and 2.3kHz. Sensitivity is specified as 86dB SPL, and the nominal impedance is a reasonable 6 ohms, with a minimum of 3.7 ohms (unlike some recent high-end speakers that drop to 1 ohm or below, indicating incompetent design), and bass extension is rated at -3dB at 23Hz. 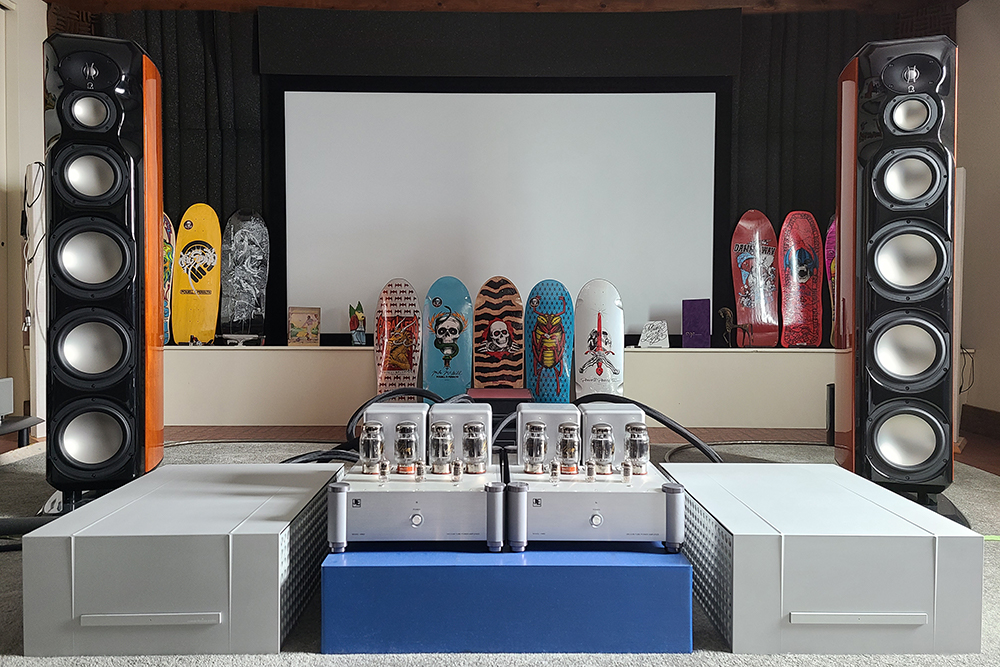 Great stuff. Time marches on, though.

You can still go out and buy a boutique high-end speaker with (much) worse specs than the Revels and less-than-high-level engineering, but with plenty of bling and a cool back story, for double, triple, or quadruple the Salon2’s price; compared to those speakers, the Revel is a good buy. 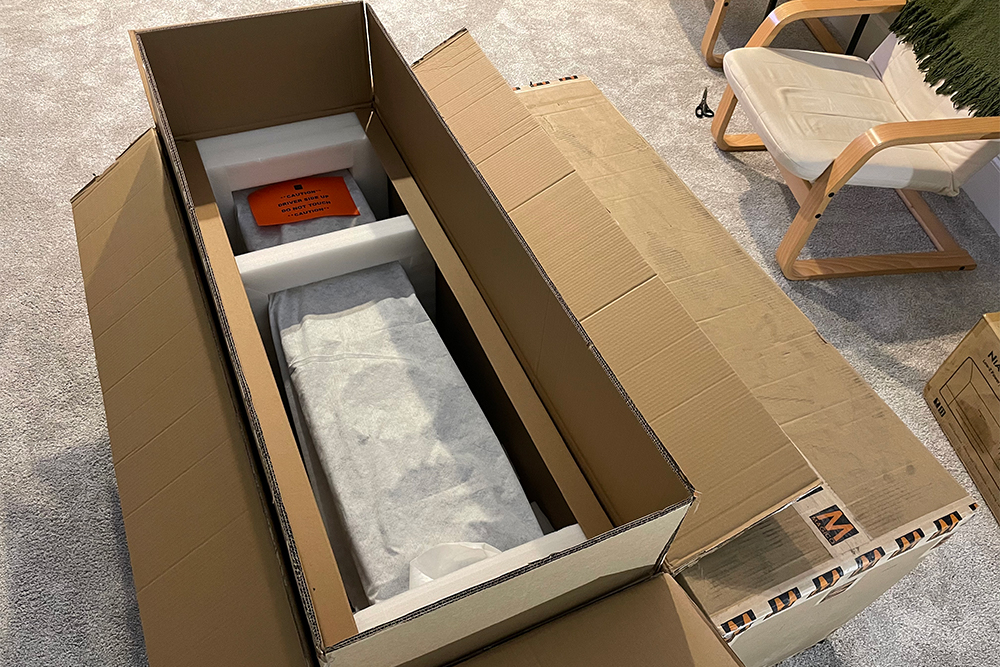 Or you can buy into the next generation of high-tech loudspeaker engineering and get yourself a pair of Magico A5s ($24,800 per pair).

The A5 is a three-way instead of the Salon2’s four-way, but that’s about where the older speaker’s advantages end. Magico may not have Harman’s testing facilities, but it counters with a Klippel Analyzer System and a Polytec Laser Doppler vibrometer, among other cutting-edge measurement tools. Perhaps more importantly, Magico isn’t hamstrung by corporate red tape and bean counters. Instead, it’s led by Alon Wolf, who’d spend your kids’ inheritance if he thought the investment would give him a competitive advantage in loudspeaker design. 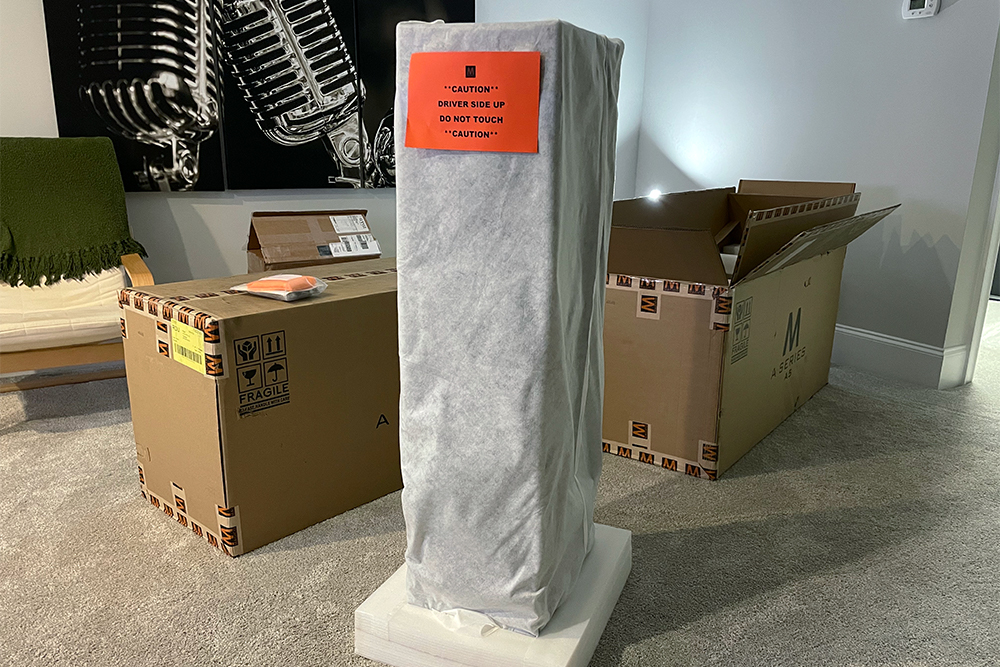 The A5 is no MDF-based speaker; it possesses a cabinet made from 6061-T6 aircraft-grade aluminum, optimally braced and damped. The tweeter is also a 1″ Be dome, but the 5″ midrange and three 9″ woofers go far beyond the older metal cones in the Salon2: Magico pushes forward with aluminum-honeycomb-cored, carbon-fiber-and-graphene-coned, bespoke drive units. Score one for the Magico cabinet, and score another for its drivers—wait, isn’t the cabinet/driver combo most of the loudspeaker? Oh yeah, the 180-pound A5 also features topflight parts from Mundorf in its crossover network, and is rated to play from 24Hz to 50kHz, is a 4-ohm design, and is 88dB sensitive. 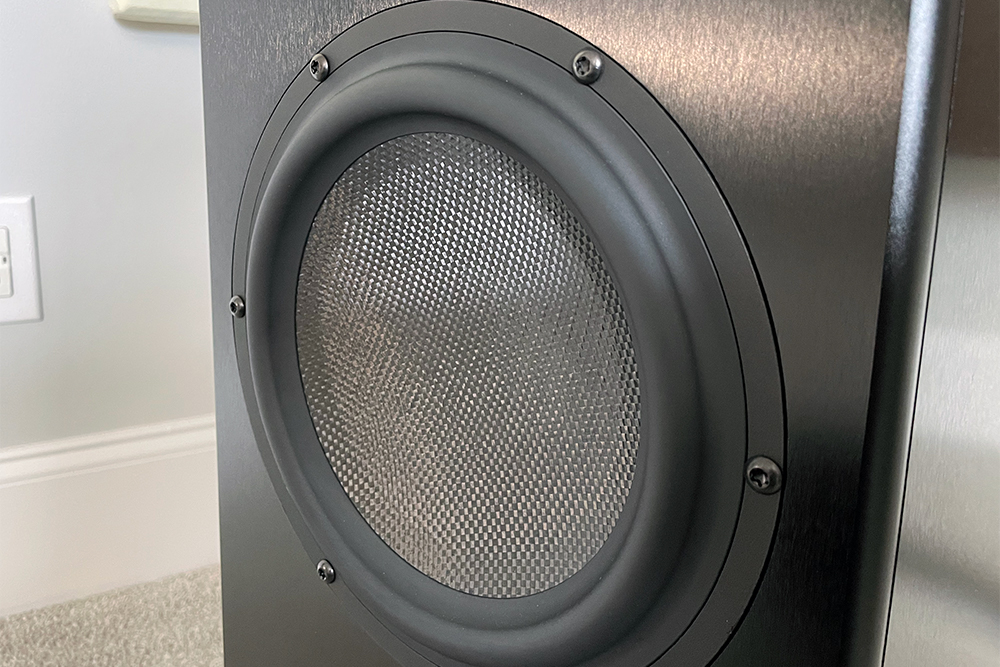 In terms of bill of materials, the Magico has it all over the Revel.

Here’s something else to think about: The Magico A5 features three 9″ woofers. The Revel’s three 8″ woofers and one 6.5″ mid-woofer account for its approximately 163.25″ of radiating surface area in the low frequencies. The Magico’s three 9″ woofers equate to roughly 190.8″ of radiating surface area in the bass. Moving air matters. Score another advantage for Magico. 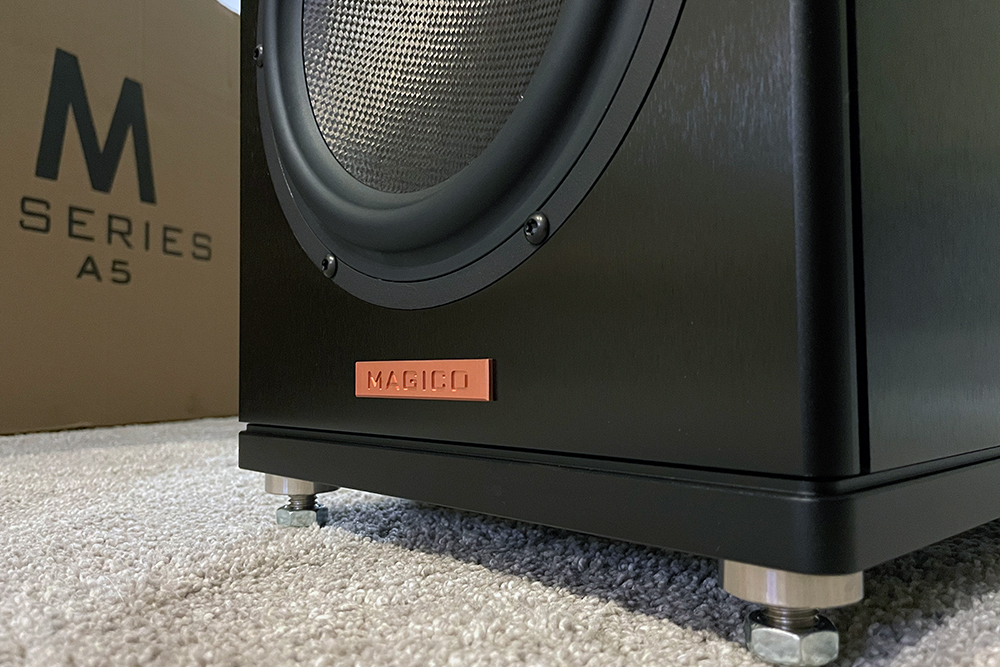 Since when does Magico offer more on-paper bang-for-the-buck than Revel? Plus far better build quality in a thoroughly more modern loudspeaker? For basically the same money?

Now. That’s when. I’m listening to the A5s now and will report on the sound soon. 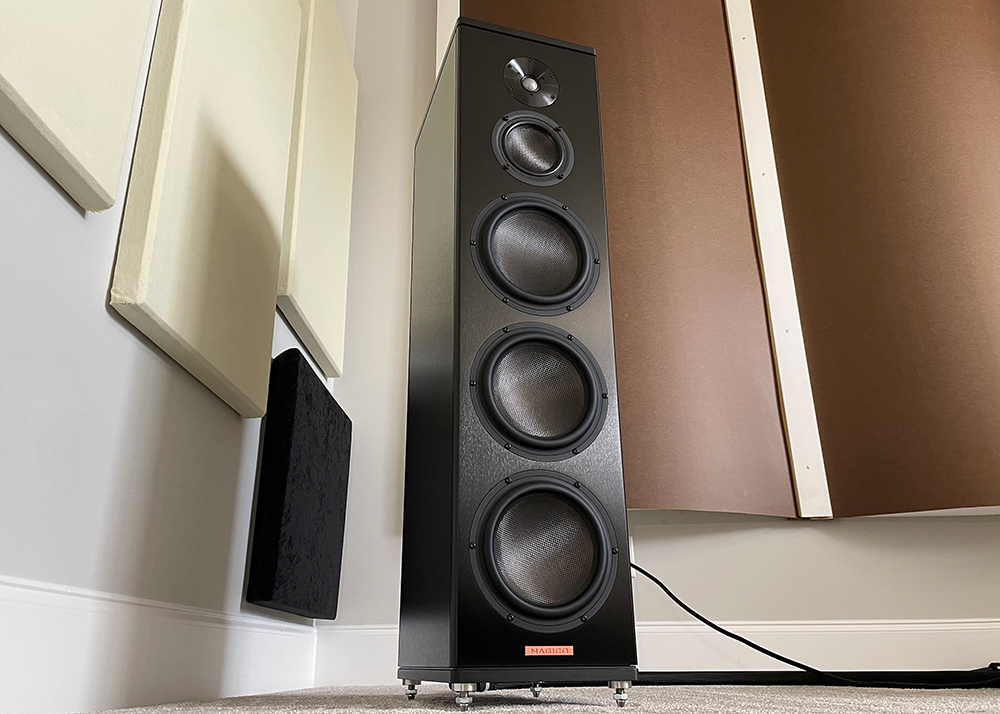