With its large, analog VU level meters and old-school design aesthetic—and considering Technics’ reputation for producing turntables like the legendary SL-1200—you might think that the Technics SU-R1000 is an all-analog integrated amplifier at first glance. Nothing could be further from the truth. Lurking below its impeccably polished casework are a plethora of novel technologies, including an all-digital signal path and the company’s effort to take on the absolute state of the art with its Reference Class integrated amplifier.

It’s not surprising that Technics has the wherewithal to do this, being a division of multinational electronics manufacturer Panasonic, as well as having a history of producing high-end audio equipment since 1965. And having priced it at a cool $9499 (all prices in USD), with all of Panasonic’s formidable R&D and manufacturing resources behind it, Technics should be able to pack a ton of performance into the SU-R1000’s gorgeous, gleaming chassis. 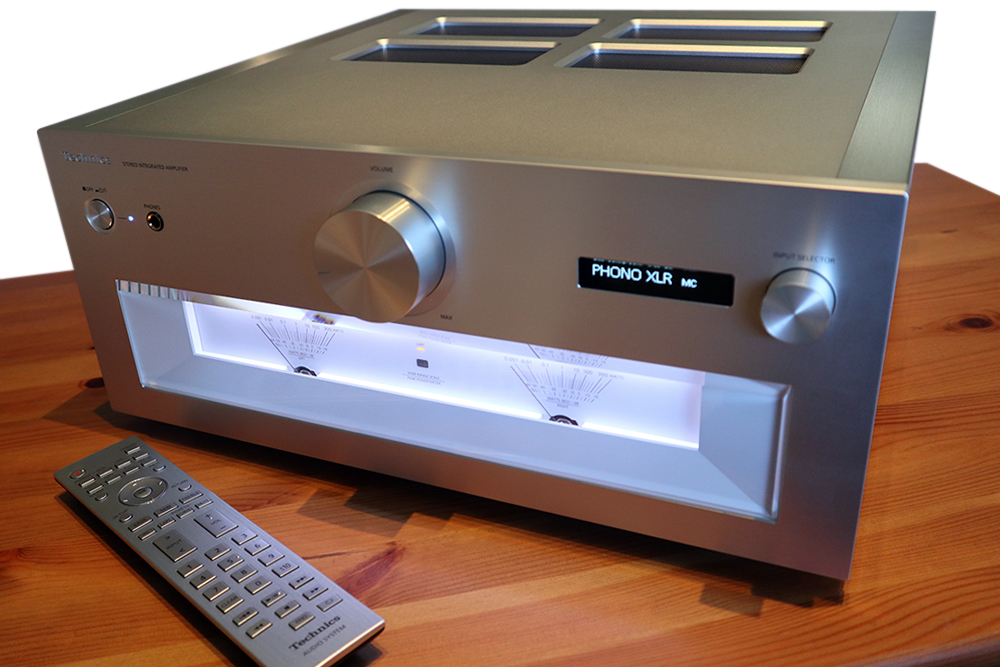 The first hint that this isn’t a typical analog integrated amp is the relatively small digital display in the upper right corner of the front panel, which provides information on input source, volume level, sampling frequency for digital sources, and status of the various digital signal processing (DSP) modes.

Like the Grand Class SU-G700 integrated amp, which our own Hans Wetzel reviewed a couple of years ago, the SU-R1000 utilizes Technics’ Jitter Elimination and Noise-shaping Optimization (JENO) circuitry. According to the company, all incoming signals, including analog signals, are converted to pulse-width modulation (PWM) with a battery-driven clock regenerator in the noise-shaping system to reduce jitter in the low frequencies, while a high-precision sample-rate converter suppresses jitter in the high frequencies. The signal then remains completely in the digital domain until the speaker output stage. 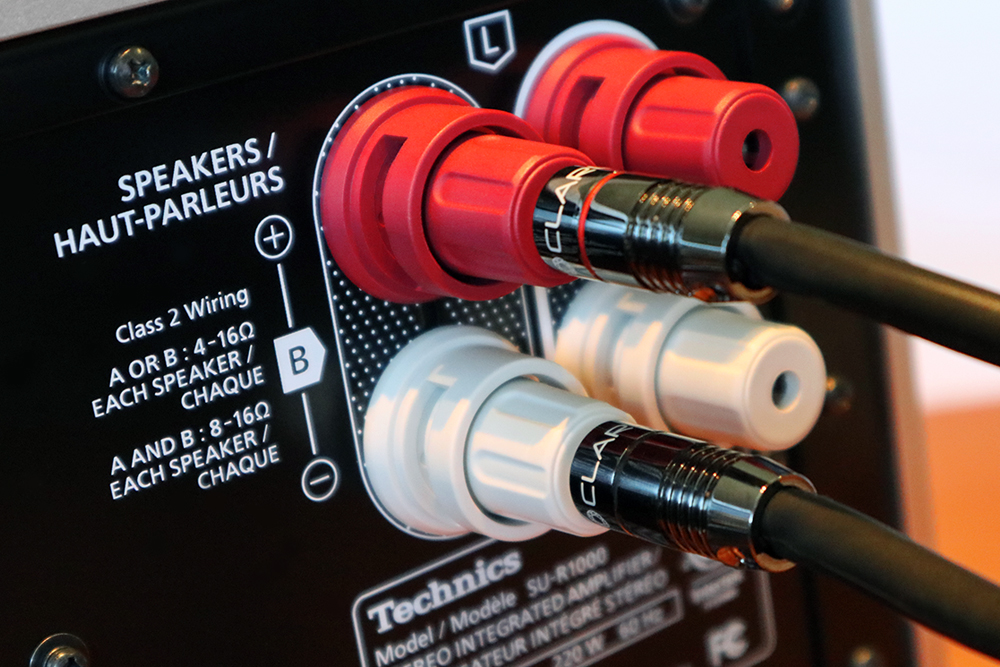 Because digital amplifiers like the SU-G700 and the new SU-R1000 are susceptible to frequency anomalies when a speaker presents a variable load of differing impedances, Technics utilizes Load Adaptive Phase Calibration (LAPC) in its digital amps. Technics says that LAPC attempts to create an ideal impulse response by correcting for varying impedance and phase. Calibration is achieved by sending a test signal to each speaker and measuring the gain and phase characteristics at the speaker terminals during the setup process. They’re then corrected with DSP during playback.

But there’s more to the SU-R1000 than just the JENO Engine circuitry and LAPC—much more. A lot of its DSP power is actually dedicated to enhancing the performance of its phono stage. Technics calls this Intelligent Phono EQ, and it consists of three separate processes that the user can control individually: Accurate EQ Curve, Crosstalk Canceller, and Response Optimiser. 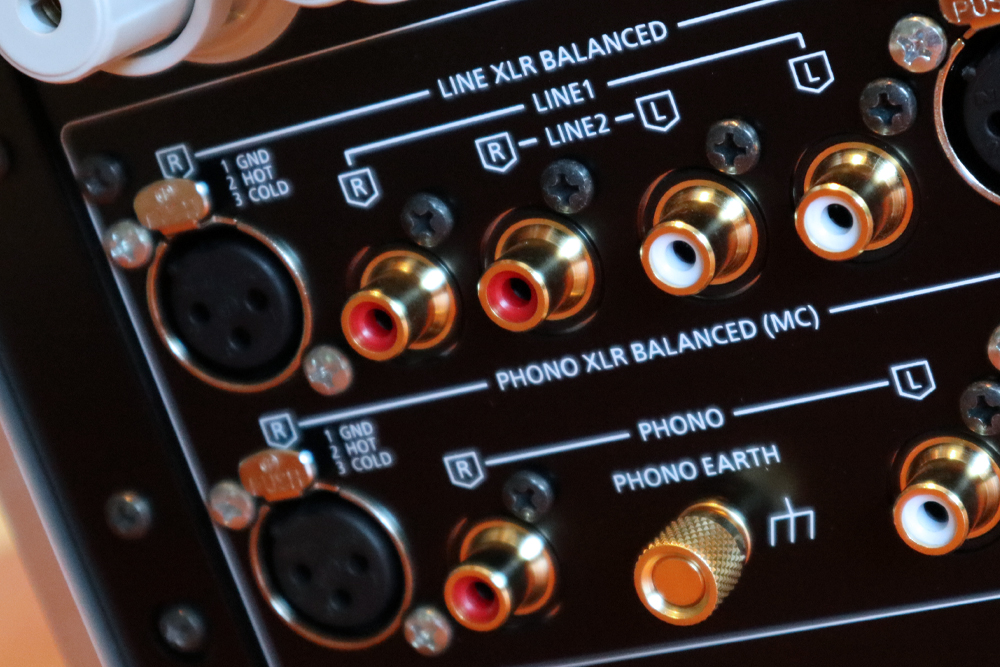 To perform equalization of the phono signal with Accurate EQ Curve, a high-gain low-pass filter (40dB) provides processing in the analog domain to suppress bit loss in the subsequent digital-filter processing, and the high frequencies are raised with extreme accuracy in the digital domain to achieve a high signal-to-noise ratio. In addition to the default RIAA curve, there are equalization curves for IEC, Columbia, Decca/FFRR, AES, NAB, and RCA.

The Crosstalk Canceller circuit applies DSP correction to compensate for the particular crosstalk characteristics of the phono cartridge being used. It does this by measuring the crosstalk response when playing back signals recorded on the provided calibration record and performs reverse correction that Technics says results in more precise imaging and a wider soundstage. 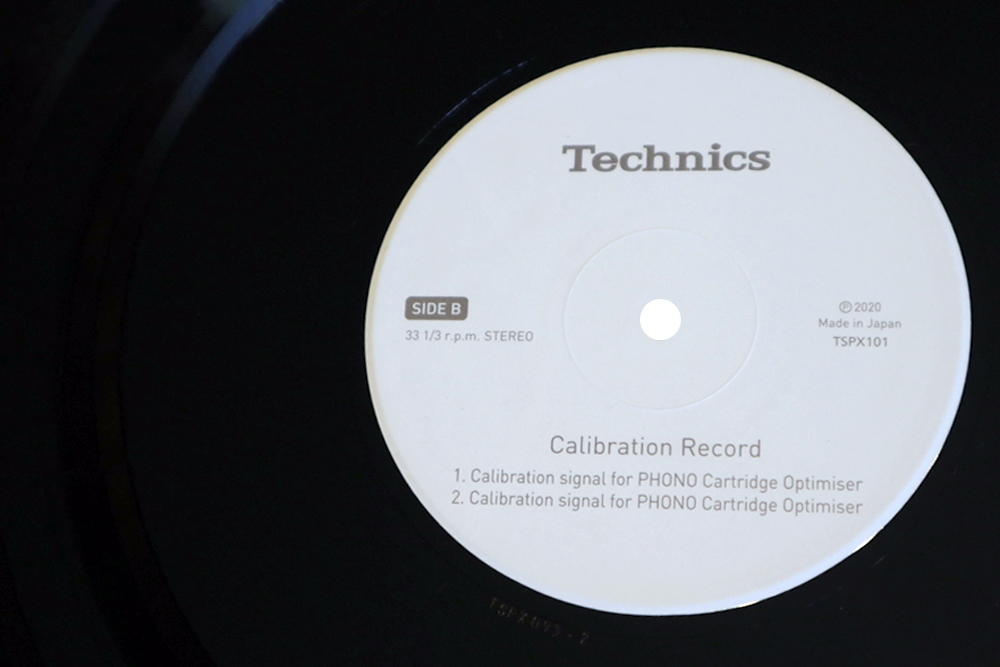 The Response Optimiser uses a time-stretched pulse (TSP) signal also recorded on the calibration record to measure the frequency-response characteristics of the cartridge, and it corrects for impedance matching between the cartridge and the phono stage using DSP. Technics claims that this is superior to traditional impedance matching methods, as it avoids the use of switches in the highly sensitive phono circuitry. The company also stresses that this method doesn’t change the basic sonic character of the cartridge; it merely corrects the gain and phase response at over 400 points from 0 to 20kHz. It’s impressive that Technics has gone to so much effort to optimize the phono section of the SU-R1000, which even has balanced inputs for MC cartridges!

The SU-R1000 is rated by Technics as producing 150Wpc into 8 ohms or 300Wpc into 4 ohms, and it has four independent power supply units, one each for the analog and digital circuits and the left and right amplification channels. It also utilizes Active Distortion Cancellation Technology (ADCT) to eliminate the distortion caused by the back electromotive force of the speakers. It does this by comparing the difference between the output of the JENO Engine with the output at the speaker terminals and correcting the JENO Engine’s digital signal. 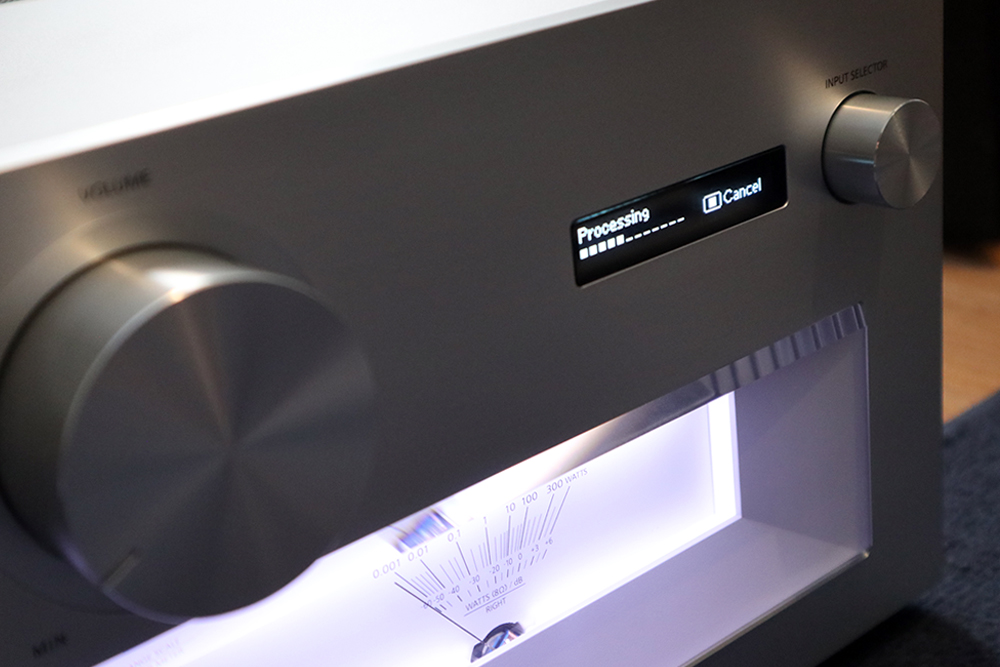 You’ll have to wait to read my upcoming full review of the SU-R1000 to find out what I think of the many features of this super technologically advanced integrated amplifier and its performance with both analog and digital sources. What I can say is that the new two-LP 45rpm version of Dire Straits’ Brothers in Arms (Vertigo ARHSDLP004), which was half-speed mastered at Abbey Road Studios, sounded excellent, with a wide soundstage, quiet background, and very precise imaging. In fact, I’ve never heard my Pro-Ject table sound this good before. 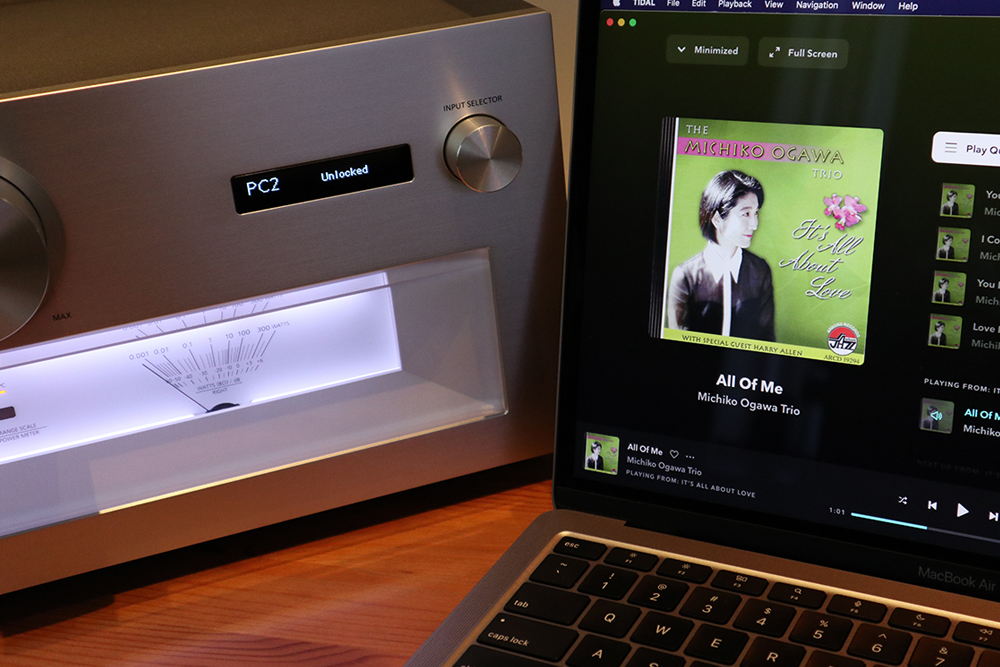 And while I was thoroughly enjoying the sound of vinyl through the SU-R1000, when I began researching its design and many features, I came across an interesting digital recording of jazz standards by the Michiko Ogawa Trio, It’s All About Love (16-bit/44.1kHz FLAC, Arbors/Tidal). Ms. Ogawa also happens to be the director of Technics Project Panasonic Corporation, having started at Matsushita Electric Industrial Company (now Panasonic Corporation) in 1986. She’s also the chair of the Japan Audio Society, and she possesses a background in engineering in addition to her musical training.

It’s pretty cool that Panasonic not only has a subsidiary like Technics still dedicated to serving the enthusiast audio market, but also that it has someone as passionate and uniquely qualified as Ms. Ogawa at its helm. And its latest effort, the SU-R1000, is a forward-thinking product that I look forward to spending more time with in preparation for my upcoming review.