Seeing as Arcam still employs John Dawson, the gentleman who not only started the company but also pioneered the external digital-to-analog converter that is now quite ubiquitous, it's no surprise that they're making pretty good digital products these days. 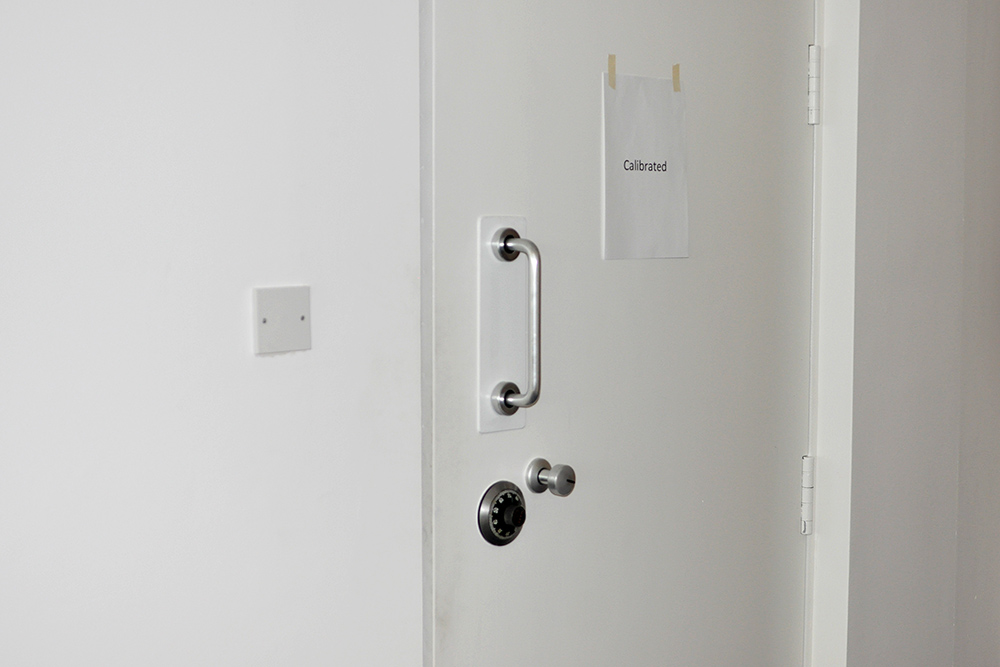 Product manager Andy Moore spent an hour or two with me during my time at Arcam's base camp to run me through their product lines in what is -- quite literally -- a vault of a room. The demo room is full of Arcam gear, as well as several modestly priced loudspeakers. I was shocked when I walked by and saw Moore unhooking a pair of KEF LS50s and replacing them with Q Acoustics Concept 20 loudspeakers. In other words, replacing $1500/pair speakers that have already attained legendary status with a pair costing about $550. Interesting. 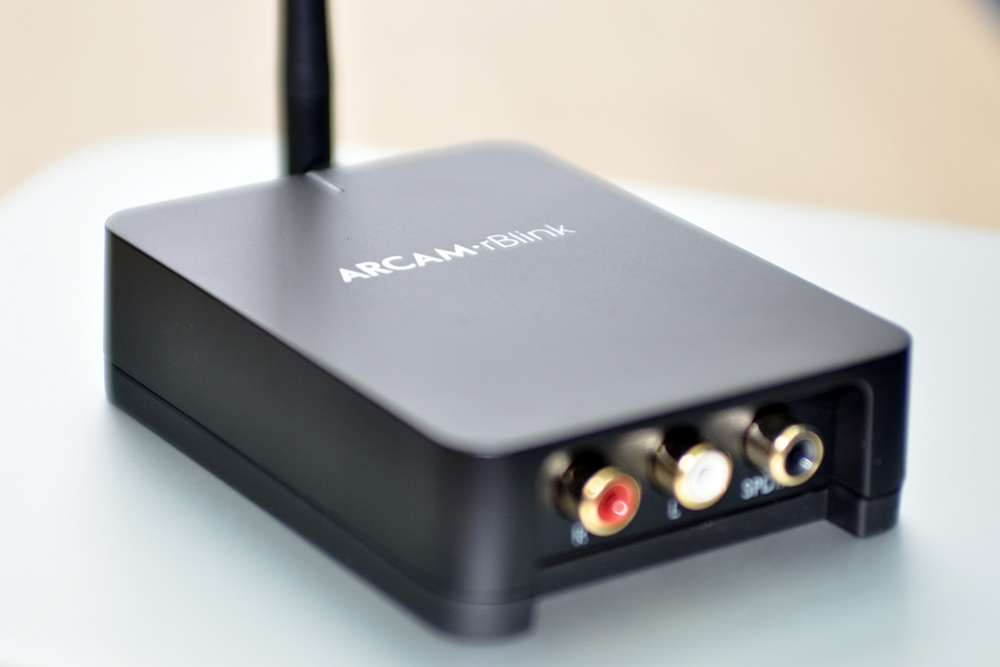 We started with the company's $249 rBlink Bluetooth streamer, which has a built-in DAC that can be bypassed (via a coaxial digital output) if so desired. This was hooked up to the company's $999 A19 integrated amplifier, which I recently wrote a review of that will be published in SoundStage! Access in November, and we briefly listened to Michael Jackson and Bob Marley being streamed from Moore's iPad. The resultant sound was robust and vivacious, ultimately impressive given that it was being streamed via Bluetooth and played through inexpensive loudspeakers. What was more impressive was the $549 airDAC, a soon-to-be-available product that has Apple's AirPlay functionality built-in, allowing any iDevice or computer with iTunes to be able to stream CD-quality music, as well as music services like Spotify. The jump in sound quality was enormous -- it was noticeably more transparent, with greater resolving ability and finer delineation across the soundstage, all while remaining tonally pure. It is really good for the money, and that's without factoring its wireless abilities. 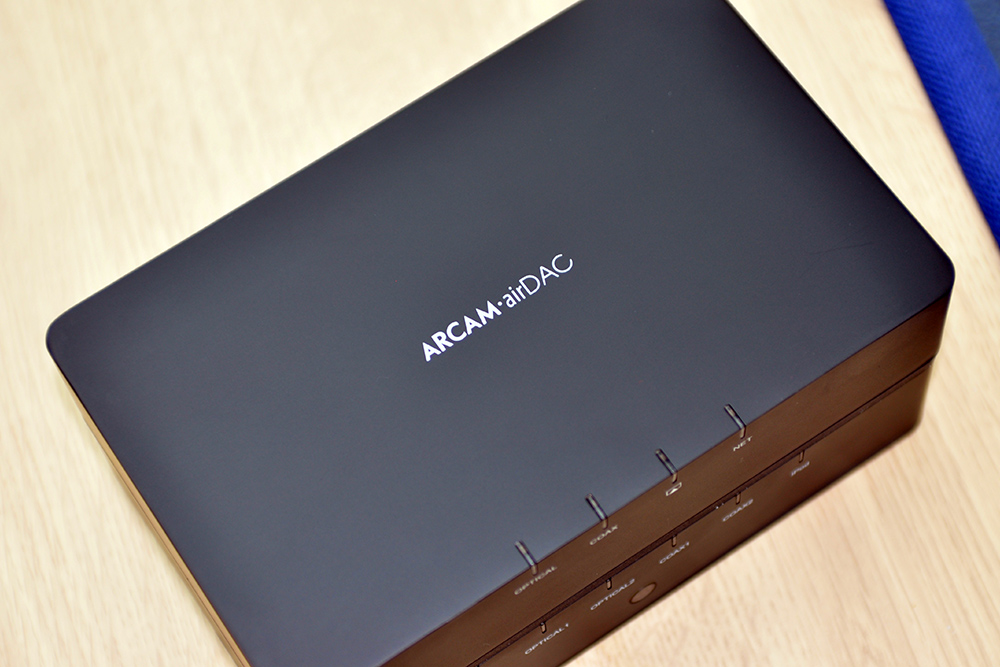 The demo continued by using the rBlink as a wireless bridge. Instead of using the rBlink as a Bluetooth DAC, Moore used the coaxial digital output of the rBlink to hook up Arcam's $549 irDAC, which is similar to the airDAC, but sans AirPlay, and with a remote control included. In other words, the rBlink can make any DAC with a coaxial input wireless. Spiffy. Rage Against the Machine's "Killing in the Name" was just raucous through the inexpensive setup, and I was as bowled over with the irDAC's sound quality as I was with the airDAC's. The drum work was ballsy, and the vocals crisply defined. The irDAC is the beneficiary of a great deal of knowledge that Arcam learned in the development of their $3299 D33 DAC, and it's unequivocally audible. The company paid great attention to RF isolation in the small but substantial-feeling aluminum chassis, as well as eight separately regulated low-noise power supplies and a refined analog output stage. The result, as you can tell from my enthusiasm, was remarkable. This kind of performance simply wasn't available for anywhere near this price five years ago. The digital revolution marches on. 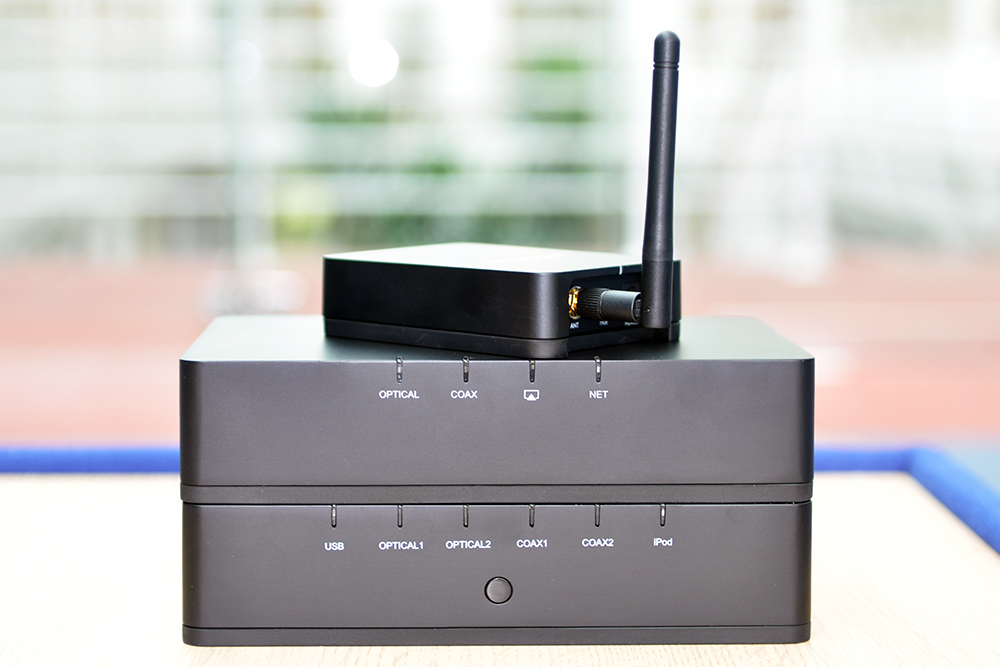 We finished with the flagship D33 DAC, once again with music being streamed via Bluetooth from an iPad, through the rBlink, into the D33. Prince, apparently, has a terrific voice, as we heard through an intimate recording of the Minnesota native, in tandem with a piano. The D33 approaches reference-level performance, and it succeeded in removing a level of fine grain right off the top of the performance. The pop icon had a dimensionality and palpability to his work that was superior to what the irDAC was able to reproduce. This organic quality, and the ability to resolve the very finest of details in a recording, is what separates a good DAC from a great one. And having previously reviewed the D33, I'd put it squarely into the latter category. There may be slightly more accomplished DACs out there, but I doubt there are any near the D33's price. 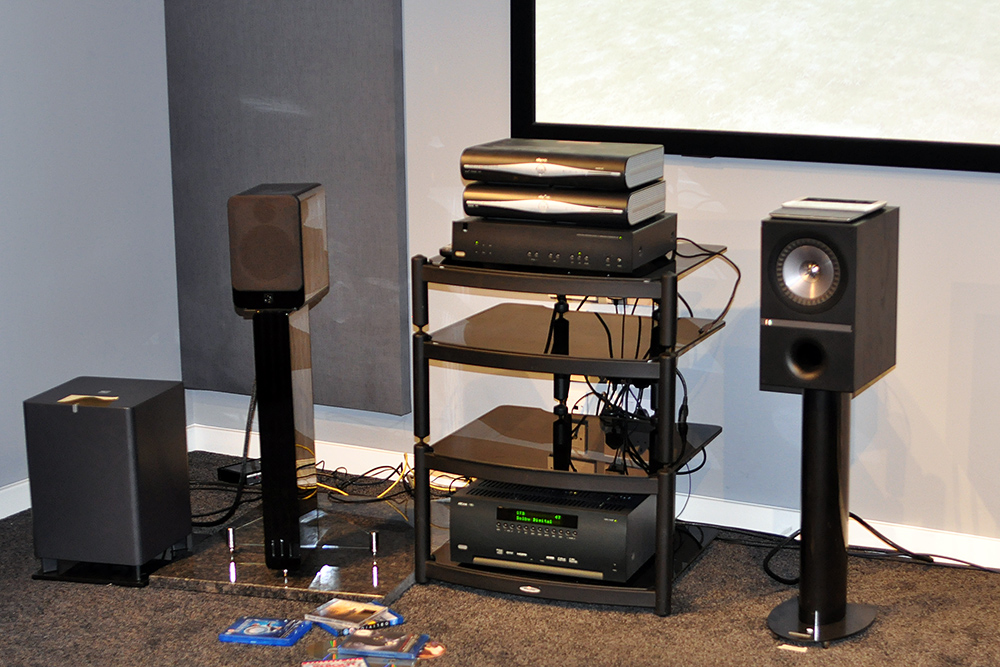 Demo complete, I had to acknowledge the significance of Arcam's current line. I was most impressed, by far, with the levels of performance and connectivity that the airDAC and irDAC are able to offer for only $549. It's astonishing to me, and the two should be on the short list for a digital front end under $1000. And having the ability to stream music wirelessly while preserving music's lossless integrity is truly liberating. As Andy and I talked about our affinity for soundtrack composer Hans Zimmer, I interrupted him and asked if I could play my lossless copy of Zimmer's The Thin Red Line original soundtrack off of my iPhone. With the rBlink and D33 already hooked up, he paused for a second and then said "sure." I quickly turned on Bluetooth on my phone, selected the rBlink, and hit play in iTunes. From my inquiry to the time the music started to play, less than 30 seconds had passed. If that's not damn compelling, I don't know what is.