Audio Research's quality assurance department is responsible for not only the testing of assembled products but also the parts for products to be assembled. Its numerous, rigorous tests help to ensure that each Audio Research product performs exactly as specified. 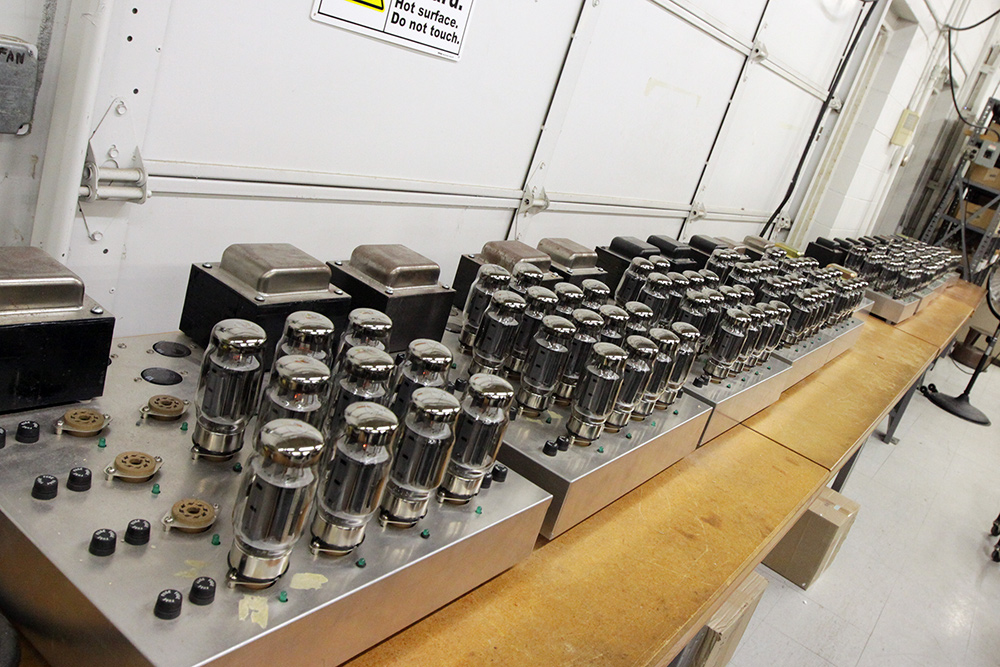 Vacuum tubes, which have been at the heart of Audio Research since the beginning, are fully burned in, tested, and graded. Subpar tubes are weeded out after this stage. 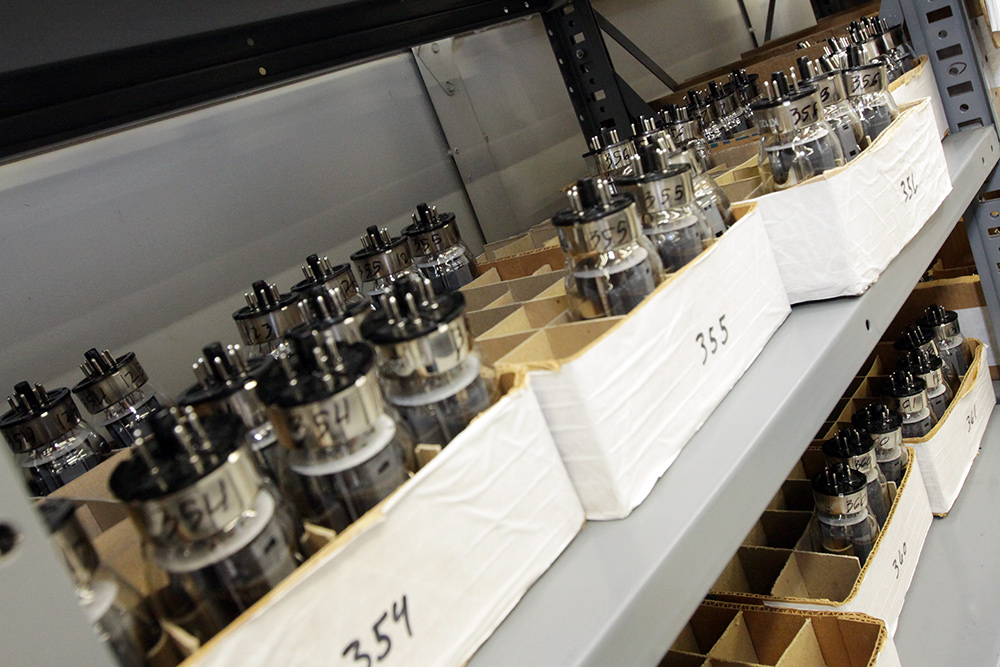 Tubes are stored according to their grade. 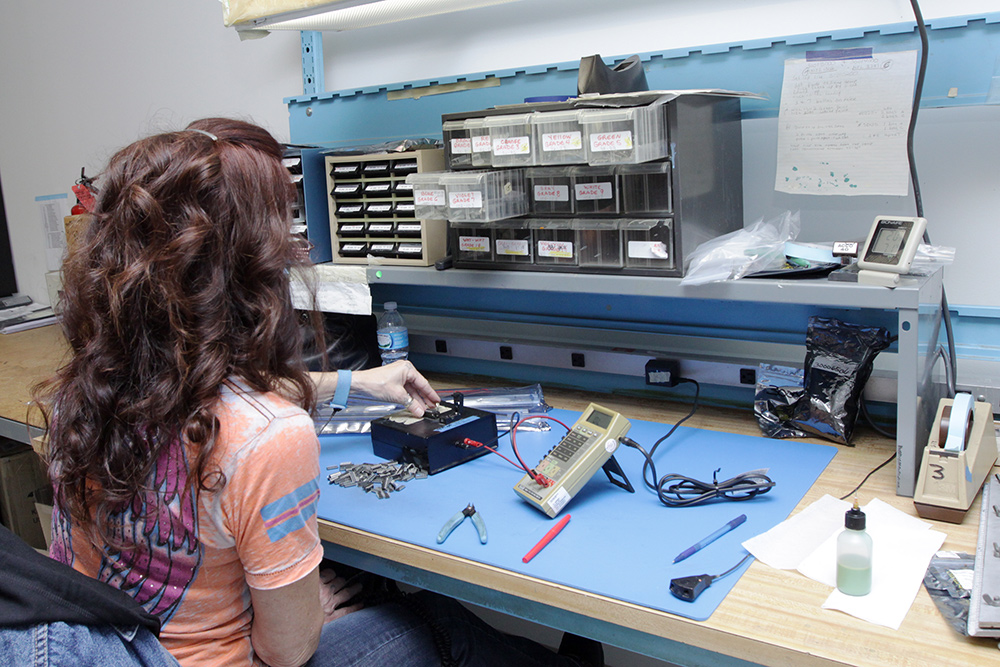 Solid-state components are also graded -- this tester is grading some chips. 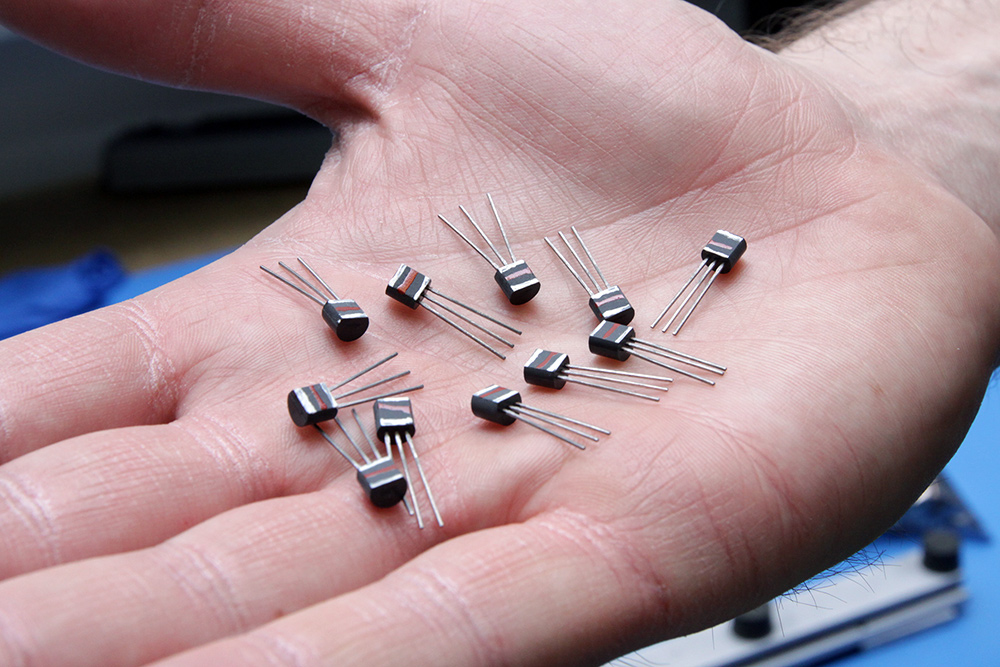 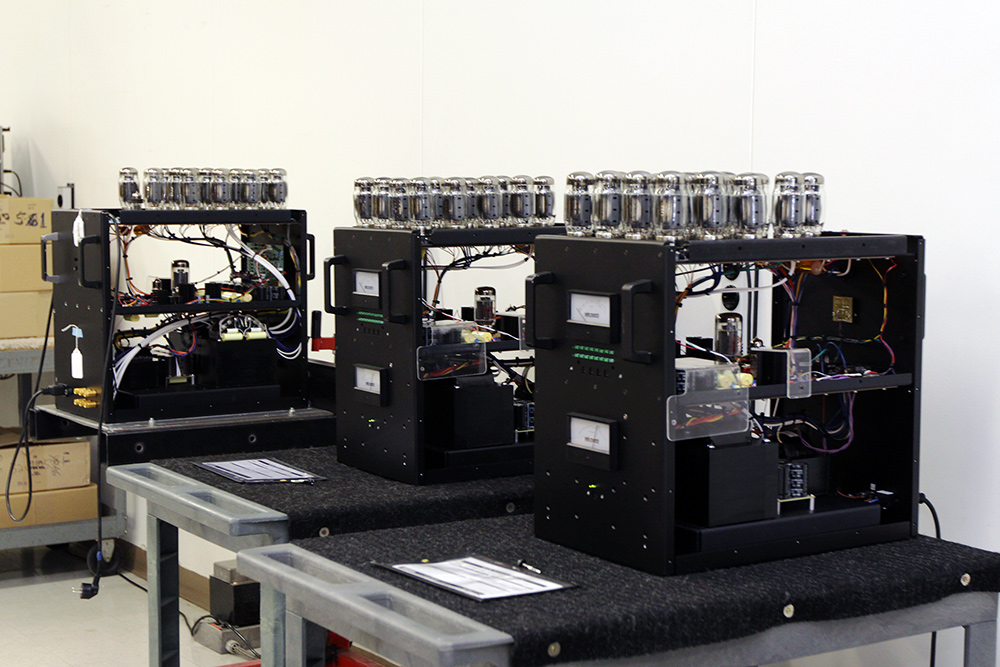 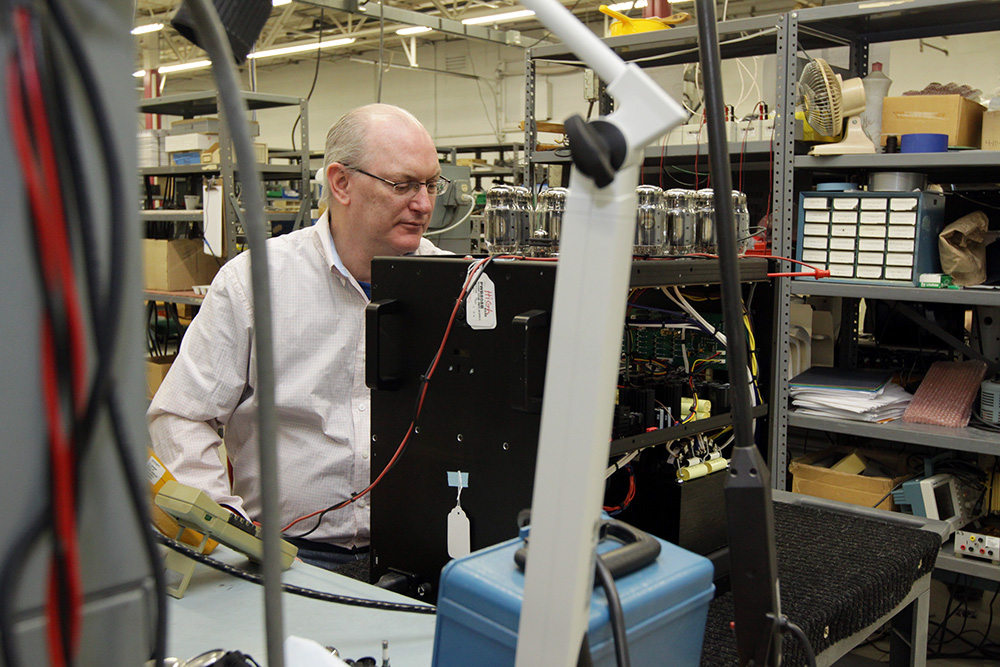 Steve is shown testing a Reference 750 mono amplifier. Once electrical testing is performed and the results are satisfactory, the product goes to Warren Gehl for listening before testing is considered to be complete.