Audio Research Corporation is legendary for producing some of the best tube-based and solid-state electronics in the hi-fi business. The company currently makes preamplifiers, amplifiers, phono amplifiers, disc players, and digital-to-analog converters. All of its products are designed and built in-house. 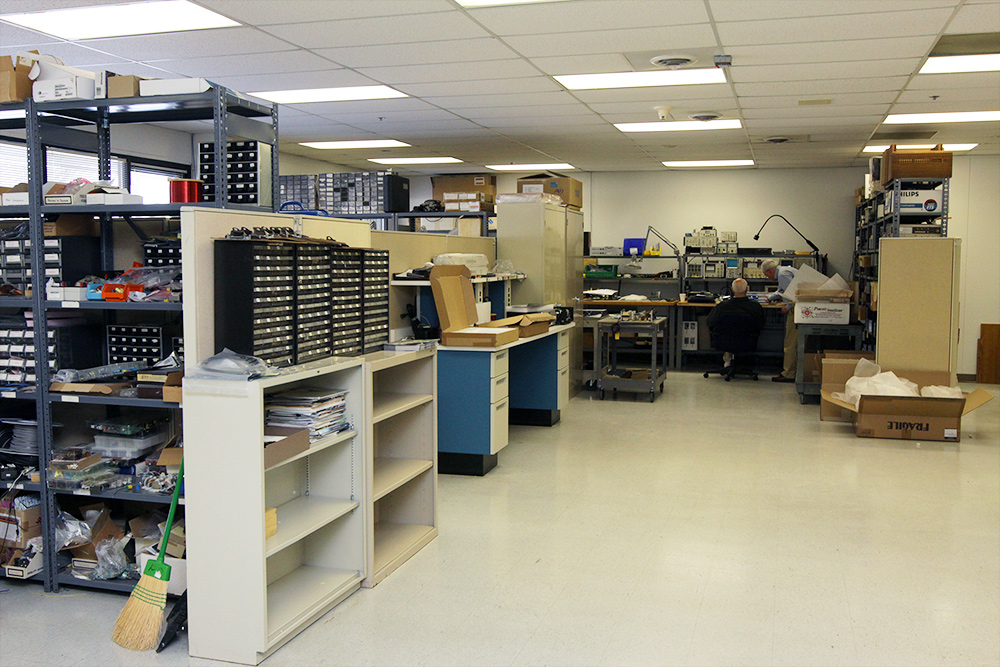 I had a rare opportunity to visit and photograph Audio Research's R&D lab, since they rarely let anyone in, including members of the press. The company's bright, spacious lab is clean, organized, and chock full of test gear, parts, and, of course, new ideas. When I visited, engineers were working on new products, but the components were all still too early in the development stage to be photographed or discussed.

Audio Research's main designers are Dennis Petrich (left), who has been with the company six years, and Ward Fiebiger, who is the company's director of engineering and has been there 35 years. Dennis and Ward oversee the circuit designs of every product the company makes. 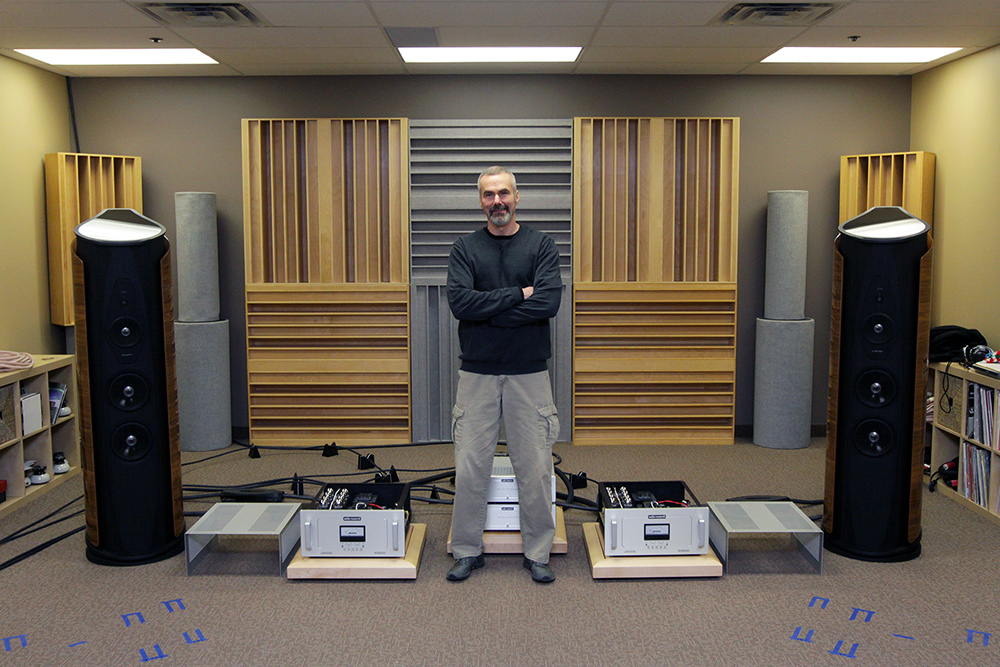 Warren Gehl, who has been with the company for 19 years, heads up a unique area of design that Audio Research calls sonic development. His main responsibility is listening -- listening to the products under development, every production product as it leaves the assembly areas, and every product that comes in for service and is repaired. That means if you have purchased an Audio Research product in the last decade and a half, you can be confident that Warren has listened to and approved it at least once before it arrived in your listening room. 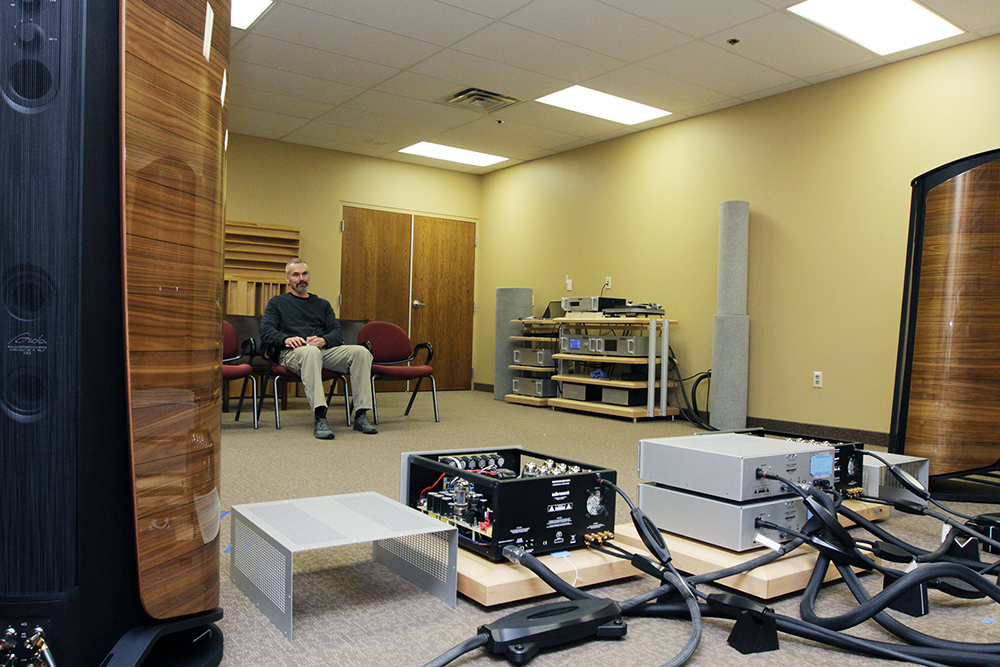 Warren has two main listening rooms, which are located across the hall from the main design lab. The larger of the two, which is the one shown above, has Sonus Faber Aida loudspeakers in it. Although the setup in the photo shows Transparent Audio and Shunyata Research cables throughout, Audio Research keeps many brands on hand to best mimic real users' experiences. 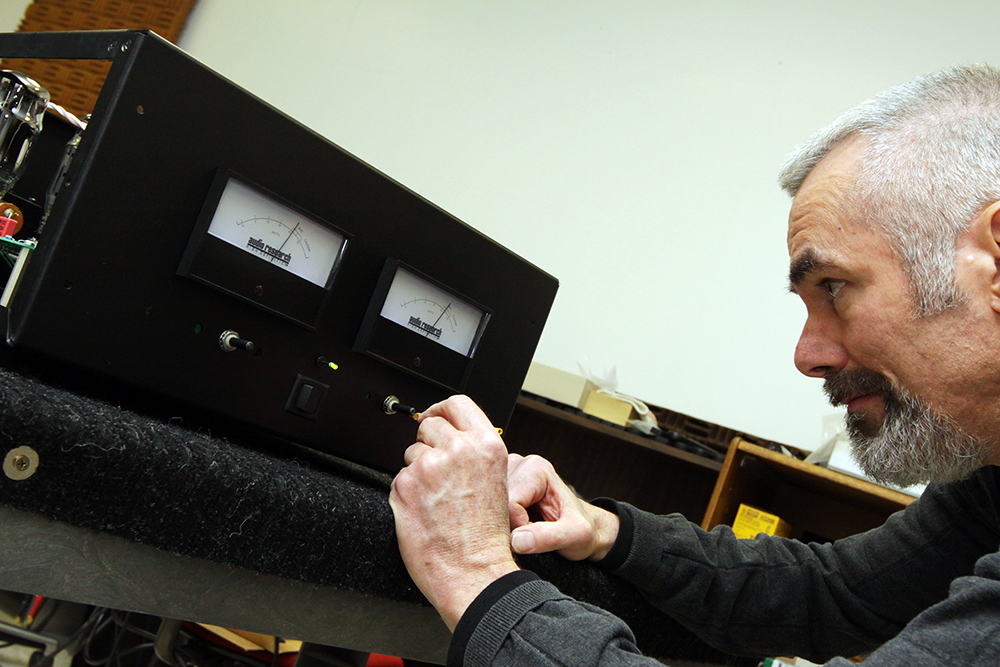 Besides listening, Warren also makes some adjustments to the products to ensure they leave the factory running in optimal condition. In the photo above, he's adjusting the tube bias on a power amplifier. He's also been known to adjust the tube dampers so they're in just the right spot to provide the best sound. Obviously, the people at Audio Research take sound seriously. 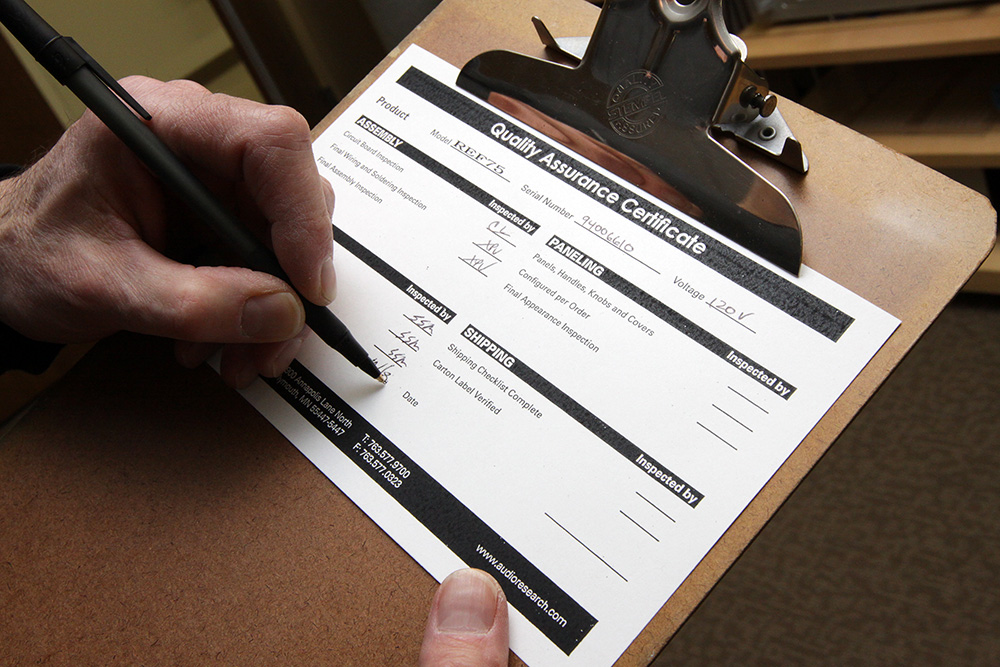 Nothing leaves Audio Research's factory unless Warren's ears say so. 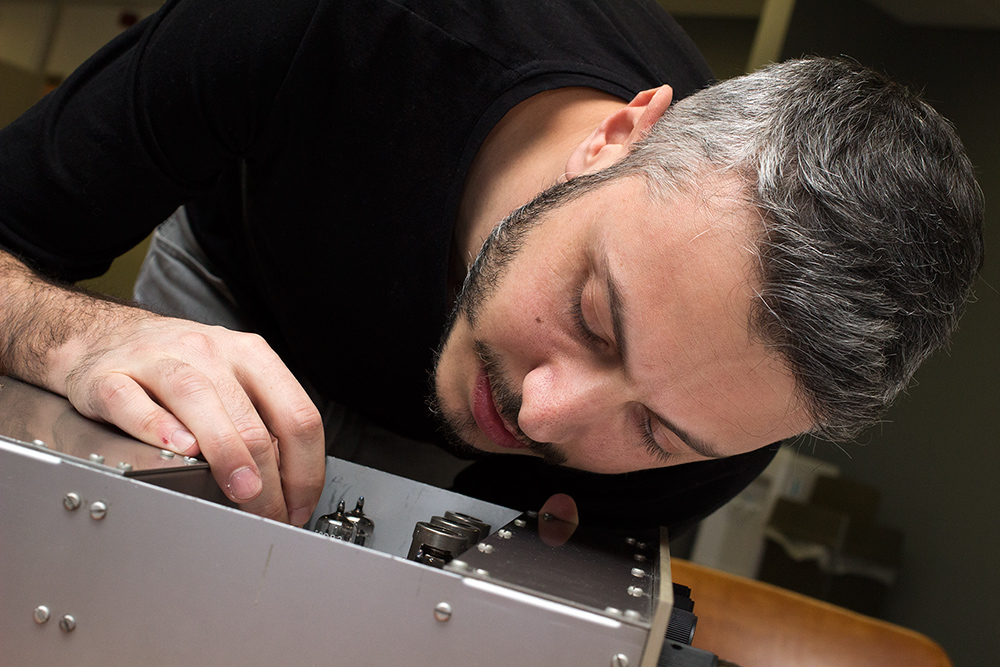 The newest member of the Audio Research design team is Livio Cucuzza, who is the chief industrial designer for all the Fine Sounds Group companies (which Audio Research is part of). Livio told me that his goal is to help create new products for Audio Research that are attractive, but that also preserve the legacy of the brand and the original vision of founder William Johnson. In the photo above, Livio is examining the "tube canyon" in an SP-1 preamplifier, which is a design that dates back to the company's origins. The way the tubes are nestled in there yet still visible is a design detail that Livio said he really likes.