Bryston is based in Peterborough, Ontario, Canada, and is one of the world's leading makers of power amplifiers, preamplifiers, CD players, DACs, and surround-sound processors. Bryston is in the unique position of selling to the professional and consumer markets. Today about 80 percent of their sales are to consumers, and the remaining 20 percent are to studios and other professionals. 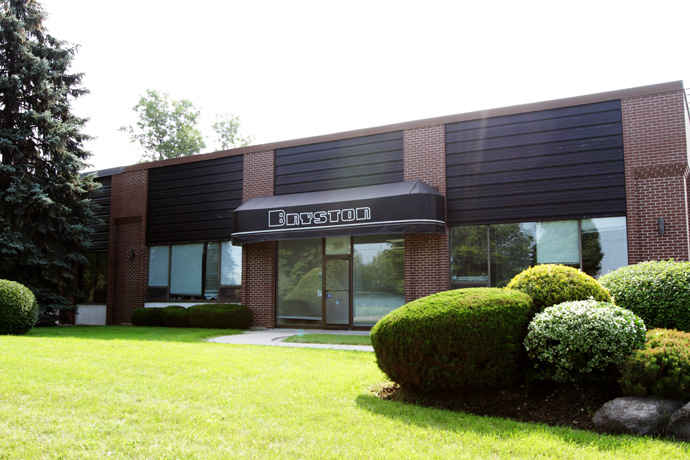 Their current factory, where they've been since 1994, encompasses about 20,000 square feet and houses about 50 employees. 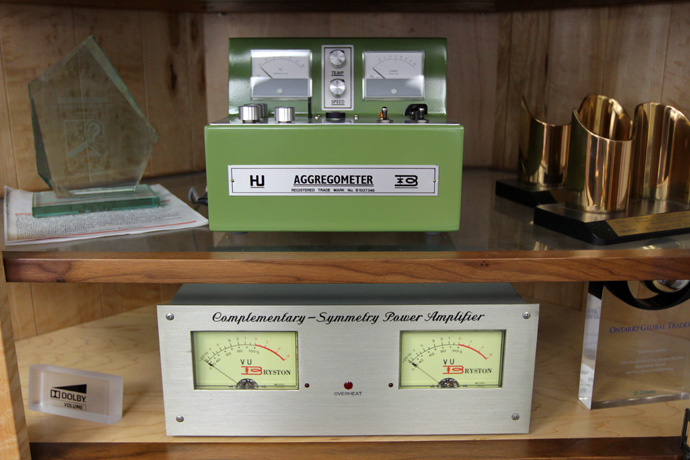 Little-known facts: Bryston didn't start out making audio electronics. The company was incorporated in 1962 and began by making blood analysers (upper shelf). In 1968 John Russell, Sr., a former NASA engineer, moved from the United States to Canada and purchased the company. Around 1974 his son Chris Russell started experimenting with amplifier designs, using the company's expertise in building precision medical instruments to make a very sophisticated amplifier with extremely high parts tolerances. Bryston's first amplifier, the Pro3 (lower shelf), was a huge success, winning an "amplifier shootout" at Eastern Sound in Toronto, which resulted in the company's first sale: ten amplifiers. From that point on, Bryston transitioned into audio electronics. 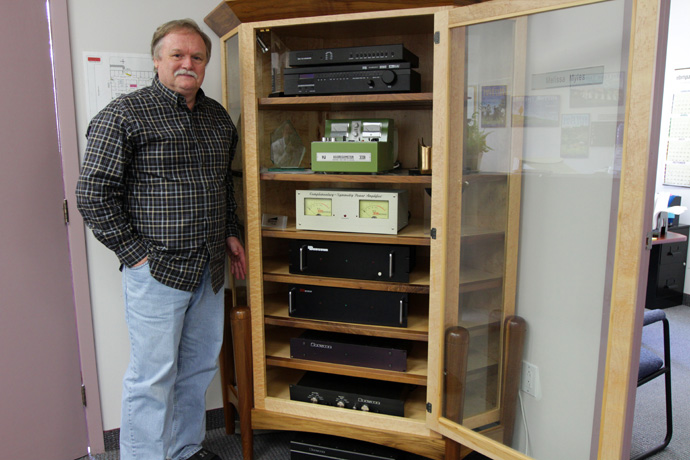 James Tanner, Bryston's marketing director, stands by the display case housing many of the company's initial products. Bryston's first preamplifier was the 1B, which can be seen on the bottom shelf.