Monitor Audio: The Truth Is in the Listening

As impressed as I was with my visit to Monitor Audio, it would all be for naught if I were not equally impressed with how their loudspeakers performed. Spoiler: they perform remarkably well. I began my listening session, which took place in Monitor's dedicated listening room, with their Silver 8 model. Retailing at $2000 USD per pair, the three-way design makes use of a 1" gold-dome tweeter -- which I'm told is the best domed tweeter Monitor has ever made -- a 4" midrange, and a pair of 6" woofers. All are made from their proprietary C-CAM material, short for ceramic-coated aluminum magnesium. At around 40" tall and 51 pounds, it's easy to see the virtues of Chinese production, as the 8s were well appointed. Simaudio and Cyrus electronics were set off to the side, while I was given free rein to play whatever music I wanted. 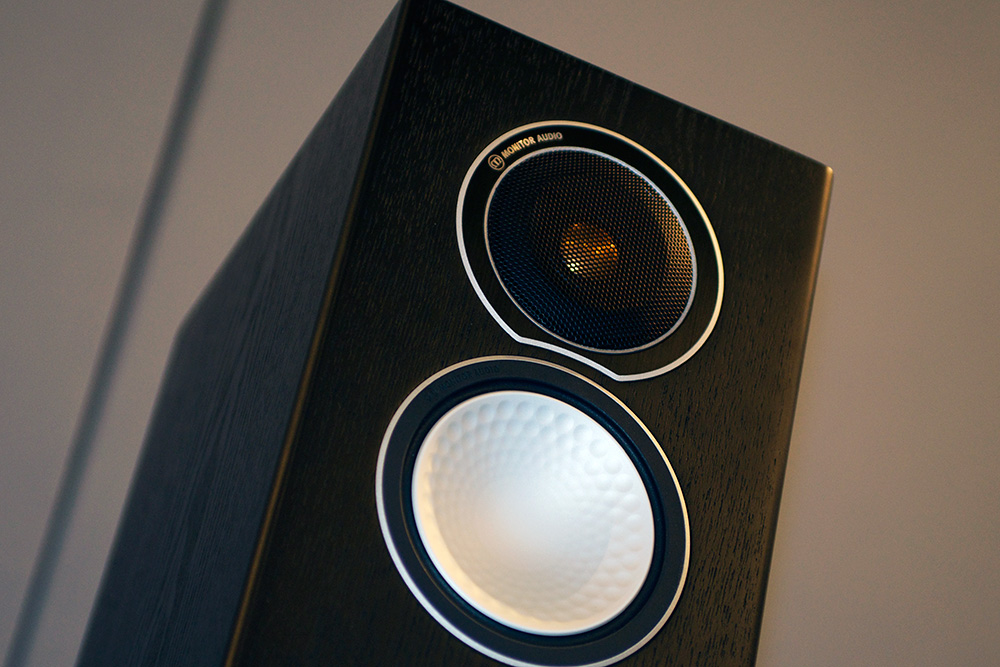 While I don't believe I won many fans at Monitor HQ with my musical selections, I couldn't help being taken with the broad, even-handed sound that the Silver 8s put forth. They were exceptionally linear, with no peaks or valleys in their frequency response apparent to me, and the drivers were well integrated with one another. Nor was there coloration of any kind -- just broad, neutral sound with a big sweet spot, indicating strong off-axis performance. They were quite quick as well, as the 8s ably kept up with the huge dynamic swings of the various Hans Zimmer soundtrack scores I queued. The treble was airy yet never bright, permitting big soundstaging feats with superb smoothness. I continue to be surprised by just how much performance audiophiles can get from loudspeakers around $2000/pair, and the Silver 8s are right up with the very best available.

During my second and final day at Monitor, I graduated to the company's Platinum range, specifically the $11,000-per-pair PL300 floorstanders, the larger sibling of the PL200s, which Jason Thorpe reviewed last year on our sister site SoundStage! Ultra. Despite having been launched back in 2008, I was instantly struck by just how beautifully finished the modestly sized loudspeakers were. Their leather-clad front baffle is sourced from the Scottish highlands, and is as soft and supple as I've encountered, while the real-wood ebony veneer is an absolute knockout. The grain was richly vibrant, and the substantial veneer flawless. Considered in tandem with the attention to detail of Monitor's milled footers and binding posts, the incredibly dense PL300s are as much a feast for the eyes as they are for the ears. As I told Alex Brady, the PL200 and PL300 are the first loudspeakers over $5000 per pair that I would give serious consideration to owning. They're that stunning. 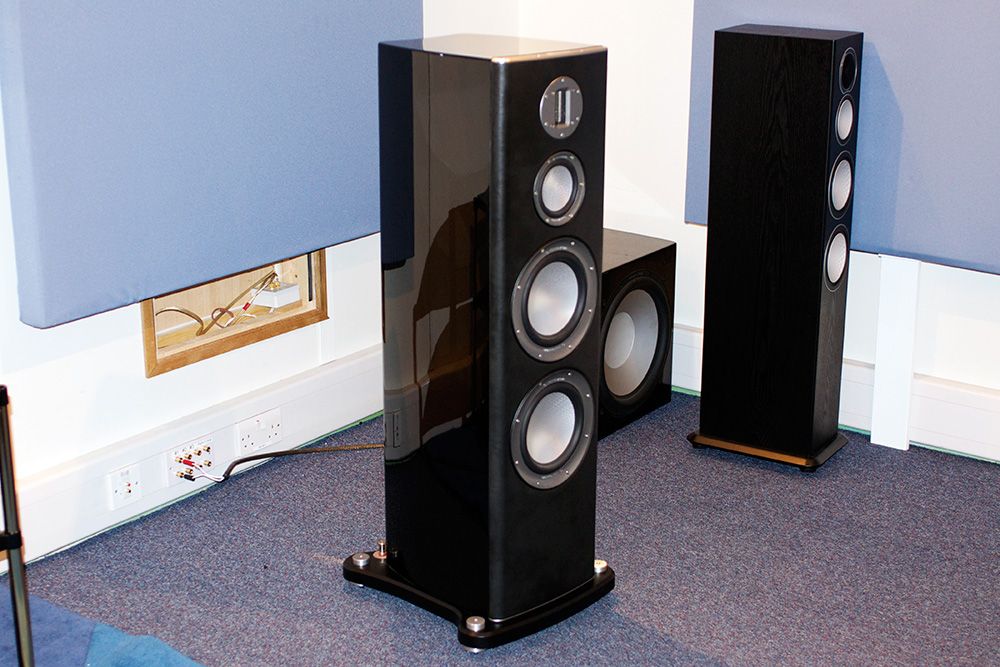 Armed with a Monitor-designed ribbon tweeter, 4" midrange, and a pair of 8" bass drivers, all manufactured from their C-CAM composite material, the Platinums proved to be huge fun. As neutral and revealing as the Silver 8s were, the PL300s were a significant step up. Monitor's flagships were as revealing through the midrange as some of the most accomplished cost-no-object designs I have experienced, with clarity and immediacy that was impossible not to appreciate. Combined with excellent imaging characteristics, and the outrageous speed offered by a ribbon tweeter, the Platinums were thoroughly articulate, while offering plenty of body and warmth. They had a crisp, lively treble that made everything sound laser-guided, with percussive transients that were as sharp as you like, and an airy, cavernous soundstage. Even more striking was the bass, which was notable not only for its depth -- this is definitely a full-range loudspeaker -- but also its slam. No one will accuse the line-leading PL300s of being bass-shy, and it’s worth noting that the bass remained totally composed even when I turned the volume way up, with no discernible compression or bloating whatsoever. 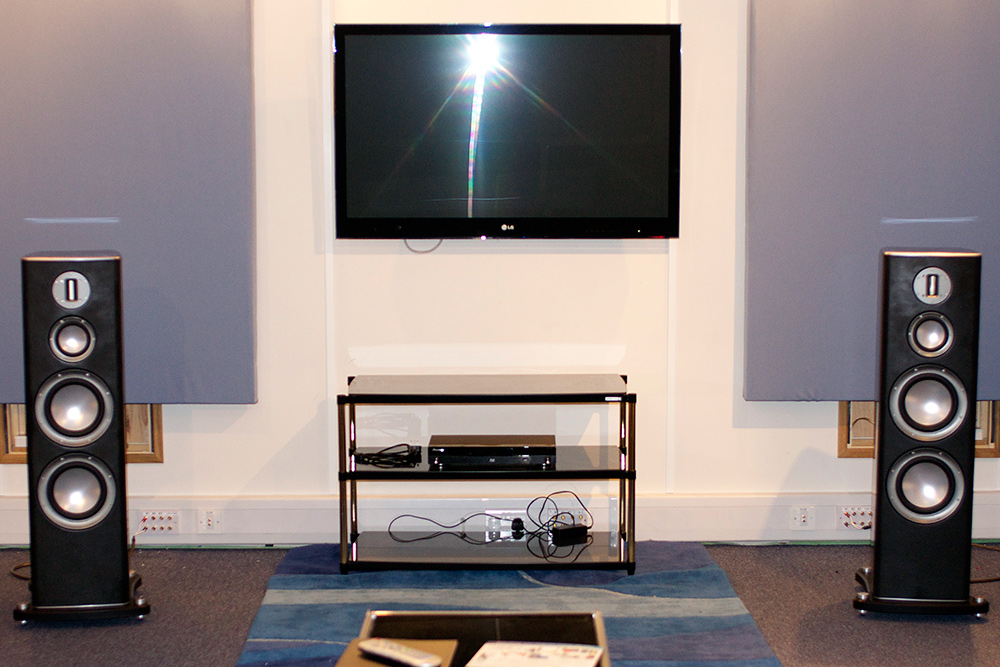 It’s fitting that I should have concluded my time with the folks at Monitor by having the better part of an hour to listen to the PL300s and shoot some photographs all by my lonesome. They're a demonstration of all the very best Monitor has to offer, showing a keen eye for industrial design, exceptional materials and construction by way of their Chinese manufacturing, and a top-flight sound, all for a paltry sum when compared to the tens of thousands of dollars one could spend on a pair of cutting-edge loudspeakers. My time with Monitor has reinforced my belief that the best loudspeakers are not the ones that carry the highest price tag. Rather, they're the ones that have been conceived, designed, and manufactured entirely by the rarefied few companies, among which Monitor Audio can be counted, with the requisite resources and zeal to continually and assiduously advance the art.