I met up with him on the second day of my tour at Sonus Faber. He was wearing a long-sleeve shirt and vest even though it was the summertime, Ray-Ban sunglasses the moment we went outside, and lace-up dress shoes without laces, as if they were loafers. Italians seem genetically infused with a strong sense of personal style that most North Americans woefully lack, yet he seemed more infused than most. 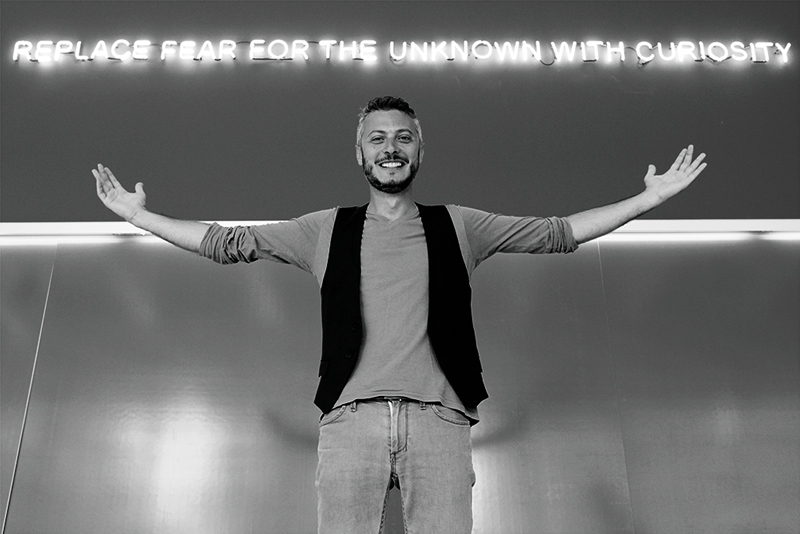 His workspace is also distinctive. He has a mouse pad shaped like an elephant and he works in a modern-looking design studio with bright white and red walls. There's also a pool table in the back of the studio, as well as a neon sign along a main wall that says, "Replace fear for the unknown with curiosity." The studio is owned by Fine Sounds Group, which is the umbrella organization that the Sonus Faber, McIntosh, Audio Research, and Wadia brands belong to. It's there that he's helping to create some of the most fascinating loudspeaker and electronic designs of the last 30 years. He's 33-year-old Livio Cucuzza, an Italian industrial designer who has a style all his own, and who is also bringing a keen sense of style to the hi-fi industry, in turn revitalizing the companies he works for with unique product designs quite unlike anything anyone's ever seen.

Livio made his mark at Sonus Faber with the Amati Futura, Guarneri Evolution, and Aida loudspeakers, the latter being particularly noteworthy because it laid the aesthetic groundwork for the Venere and Olympica lines that have since followed, something I'll touch on below. Reportedly, Sonus Faber CEO Mauro Grange was so impressed by Livio's initial work that he wanted him involved with more brands, so he promoted him to be the chief designer for Fine Sounds Group, which is how Livio came to design the new Wadia Intuition 01, which, with a radical new look, brought the brand back to prominence with one fell swoop. That promotion is also how his design studio was created -- Fine Sounds Group took over a building directly across the street from the Sonus Faber factory and put him and his team in there. 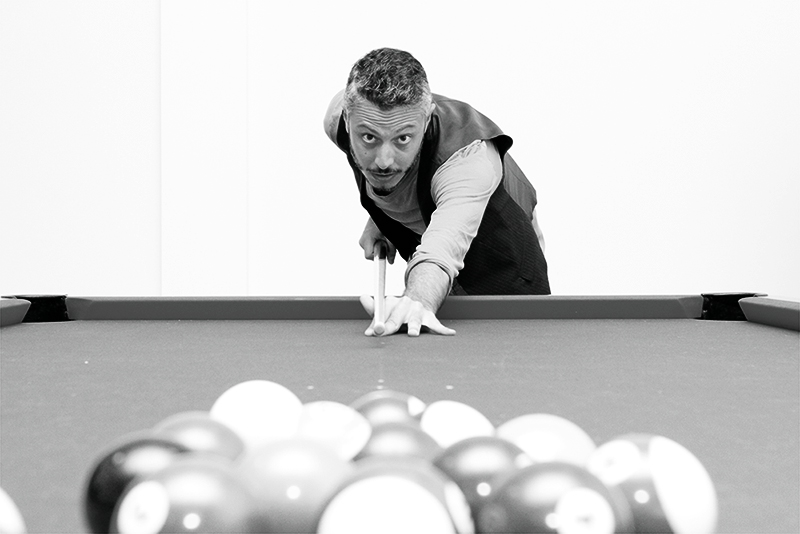 What's Livio's secret for successful industrial design? "A good mix between engineering and having a taste for proportion and materials," he told me. He also credited his boss, Mauro, for his success, saying, "Mauro wants to make products that are truly special." As a result, Mauro's passion for excellence helps give Livio the freedom to explore new concepts and ideas that can help to push the FSG companies forward.

But that doesn’t mean that Livio is throwing out the past and starting brand new. "The DNA of each brand must be respected and retained," Livio said emphatically. Indeed, all of the new speakers he's involved with have a decidedly different Sonus Faber look, but are not so different so that you can't tell they're by Sonus Faber -- he's kept what makes the brand special. 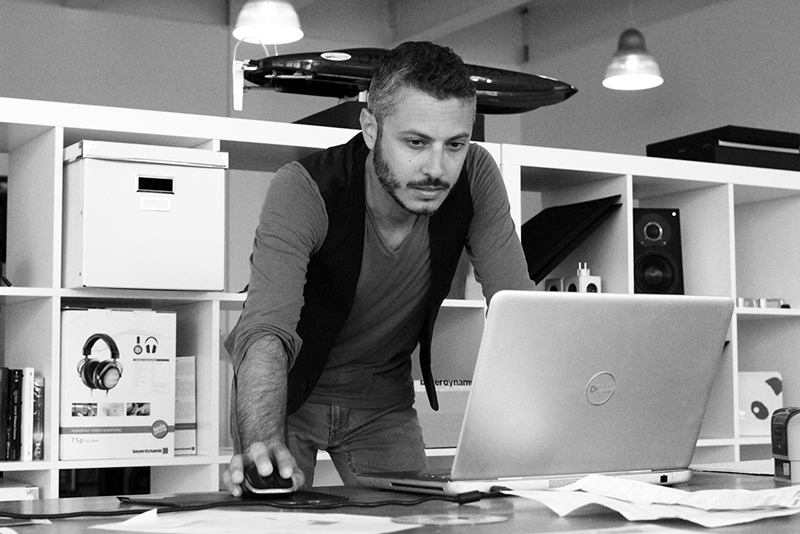 He also won't put form ahead of function, citing the new Olympica-series speakers as a prime example. "Technical issues create the shape," he told me. "With Olympica, the cabinet's shape resulted from the resistive port, which is tall and narrow. The cabinet walls became asymmetrical to accommodate it." And because the airflow of the port had to be deflected in subtle ways, Livio and acoustical designer Paolo Tezzon came up with a clever dimpling system on a metal strip, akin to a golf ball's surface, which is what's seen towards the back of the speaker on one side, running the height of each cabinet. The end result is a port that works better because of Paolo and looks great because of Livio. 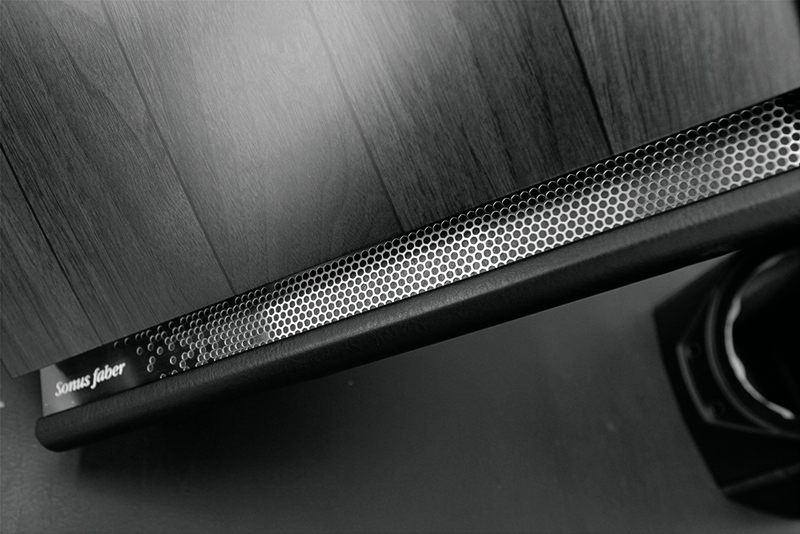 "The rest of the Olympica styling respects Sonus Faber's heritage," Livio said. I could easily see that when I looked at all the models -- the cabinetwork is exceptional, plus there's leather, not only on the front baffle, but also on the top. Leather and stunning woodwork are part of Sonus Faber's legacy. But why leather on the top? The main reason is that Livio wanted to give the owner something interesting and comforting to touch when they rest a hand on a speaker. "Think about it," Livio said. "What the part of the speaker do people naturally put their hand on?" That's also why he selected not just any leather, but a certain type of leather specifically for the way it feels. The guy knows his stuff.

The Olympica series also has a couple of other cosmetic features that don't take away from the brand's DNA or its performance, but that Livio feels are key things to implement to make a more pleasing speaker design. One has to do with hiding all screws on the front baffle. "I like the perception that the drivers are fused to the front baffle," he said. "I don't like the feeling that it's a driver screwed to a box." 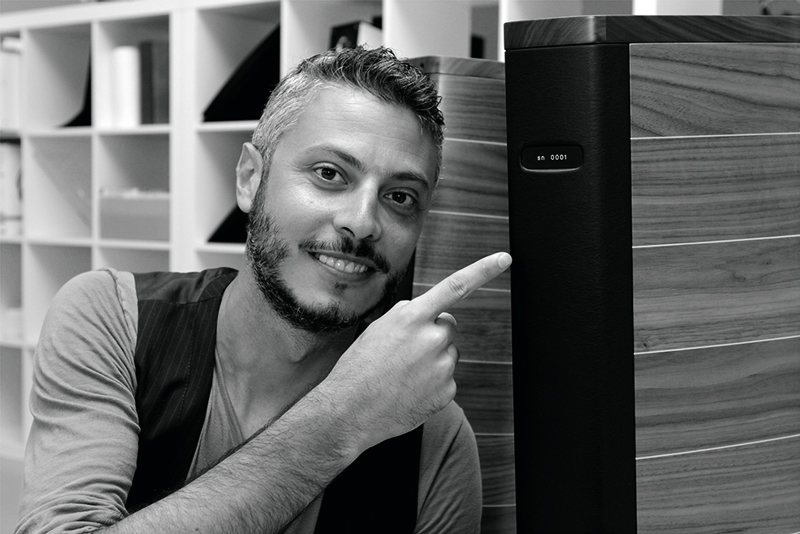 The other thing is something most designers don't even think about: binding posts. "The binding posts now are different on every collection," Livio said. "Aida, Olympica, Amati, and Venere are all different. We build expensive products, so every product must have its own identity." It's a small thing, really, but it matters to Livio, and it likely matters just as much to Sonus Faber's many customers. It also shows the attention to detail that goes into every Sonus Faber design.

Probably the most interesting product for me right now is the Aida speaker, which debuted at CES 2012. Of all the speakers that Livio has had a hand in creating, this one has been the most radical departure for the Sonus Faber brand -- it's very tall yet quite narrow when viewed from the front, there are "wings" on the sides, and it features a lyre shape when viewed from the top. When the Aida came out, it signaled something really new at Sonus Faber, and it has had a strong influence on the speakers that have followed. If you look at all the Olympica and Venere models, both of which were released after the Aida, you will see the resemblance in terms of the shape. Obviously, the shape of the Aida has become part of the corporate DNA now, and will likely be included in many Sonus Faber speakers that will follow. 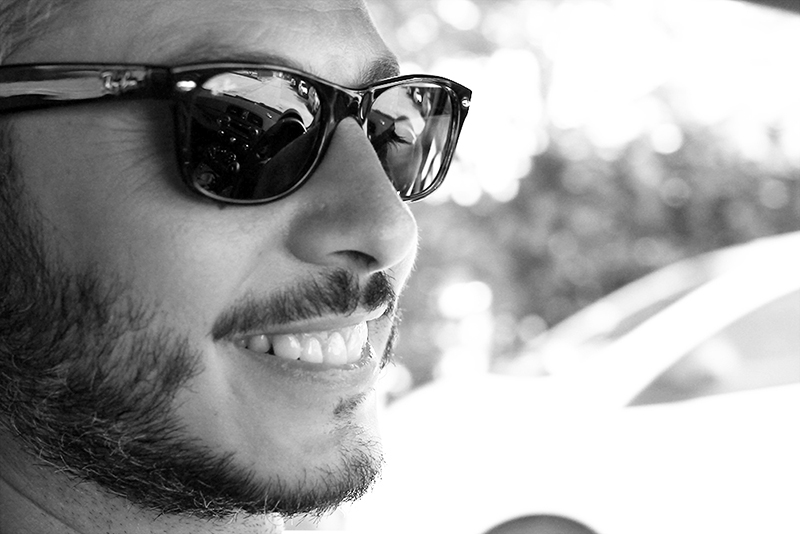 If there's something like a "rock star" of hi-fi design, it's Livio Cucuzza. His unique, decidedly Italian sense of personal style makes him stand out among others, and his product designs are standing out just as much, shaking up the hi-fi scene as effectively as Joe Walsh could trash a hotel room. If Livio continues at this pace and keeps designing breakthrough products like the Aida and the Intuition 01, he'll not only revolutionize and revitalize the companies he works for, but he'll also raise the bar for audio design and will likely go down in the hi-fi history books as one of the greatest audio designers of the 21st century. In my opinion, he has exactly what it takes to do that and he's well on the road to getting there.