Like the other Giya models, the G4 is a five-driver, four-way design housed in a swooping, uniquely styled enclosure -- some will say "crazy looking." And all the Giya hallmarks are there, including tapered-tube loading on drivers, even on the woofers, to dissipate the rearward-directed energy from the diaphragm; dual, force-canceling side-firing woofers for maximum bass output and minimum resonance; and a cabinet constructed from a combination of fiberglass and balsa. As with all Vivid models, the drivers are effectively detached from the cabinet by an O-ring mounting technique, which greatly reduces energy transferred from them to the cabinet walls as opposed to if they were bolted straight on. All in all, cutting-edge stuff. 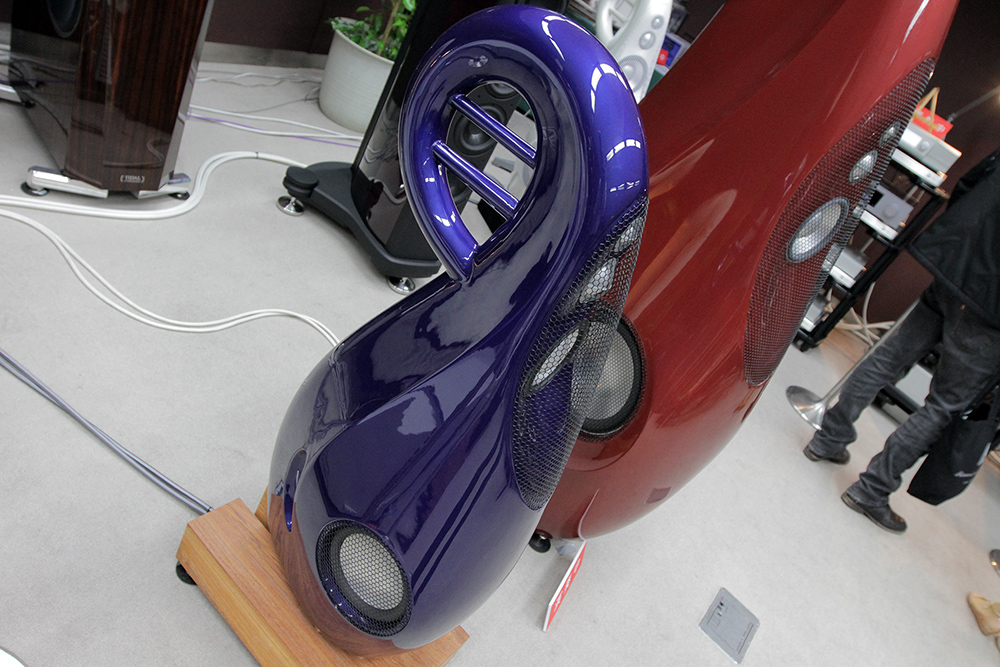 Visually, the G4 most resembles the G3, but it's smaller -- about 40" tall versus about 45". And the G4's tweeter and upper midrange are both pretty much the same, including the way that the tapered tubes cut through the top "horn." 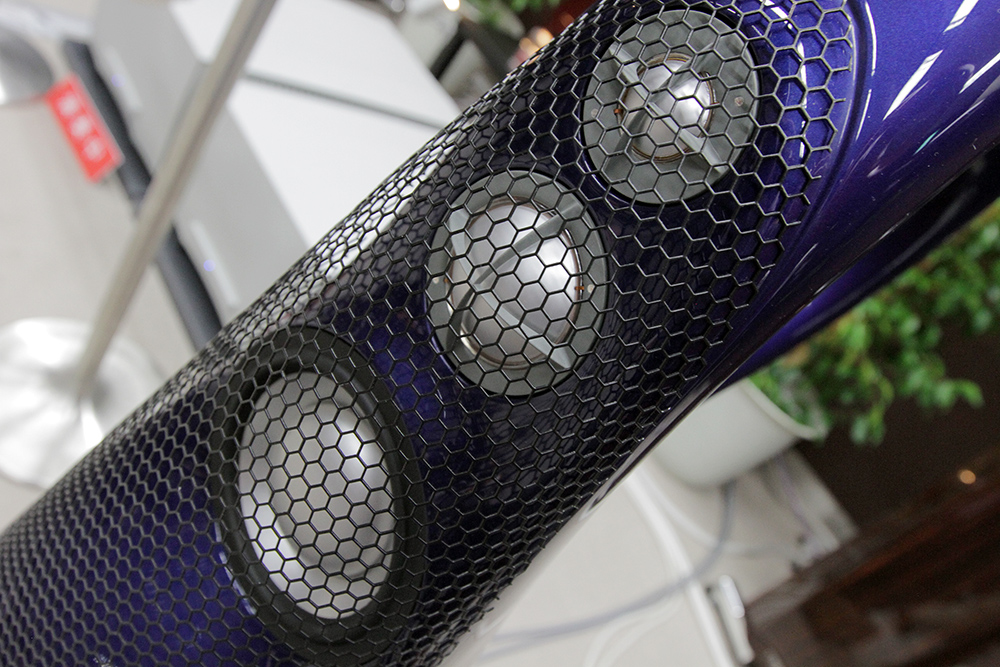 What Giya had to create for the G4 was a new, smaller midrange driver, which would allow for a narrower baffle, and a new woofer in order to maximize bass output from a smaller enclosure. The result is a new C125S driver for the mids, which uses a C1000S alloy cone that measures about 5" across, and the C125L woofer, which is said to have a short-coil, long-gap motor design. There are many unique features with the C125L, but the most obvious one has to do with the surround. Whereas the bulbous part of a surround usually stops short of the outermost part of the driver, this one wraps right around to the outside in order to maximize excursion. 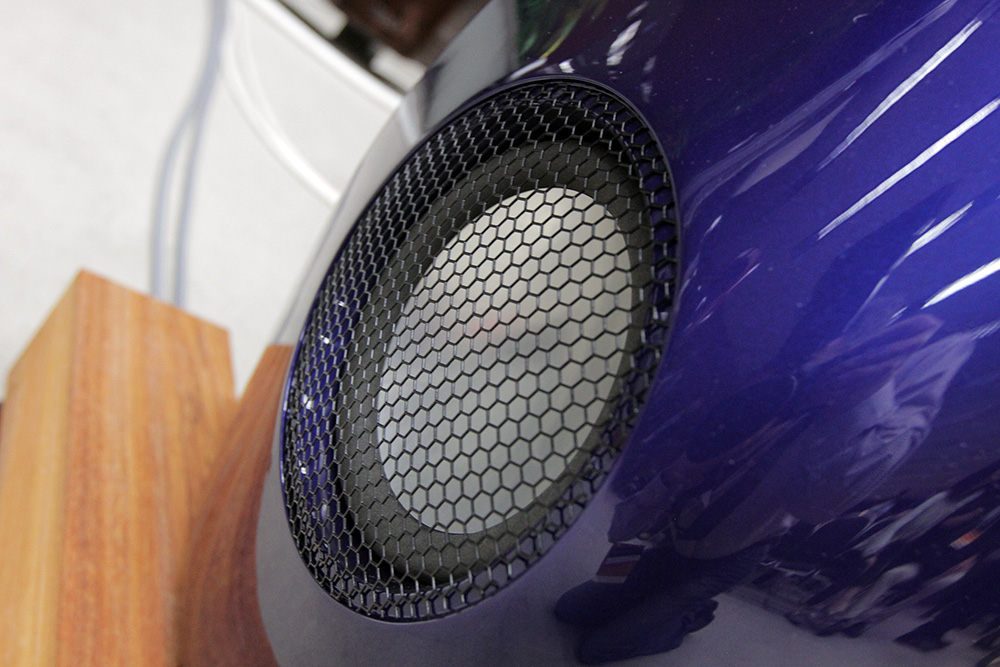 As with all the Giya-series loudspeakers, the G4's specs are strong. The frequency range is specified to be 39Hz-33kHz (+/-3dB), with the first break-up mode of the tweeter positioned at 44kHz, which is far beyond the audioband and even surpasses some beryllium-based designs. The -6dB limit in the bass is said to be 36Hz, which is low. The claim for harmonic distortion is <0.5% across the audioband, meaning this speaker, like the bigger Giyas, should play clean. Sensitivity is said to be a moderate 86dB (2.83V/m), while the impedance is said to be a nominal 6 ohms, with a 4-ohm minimum. 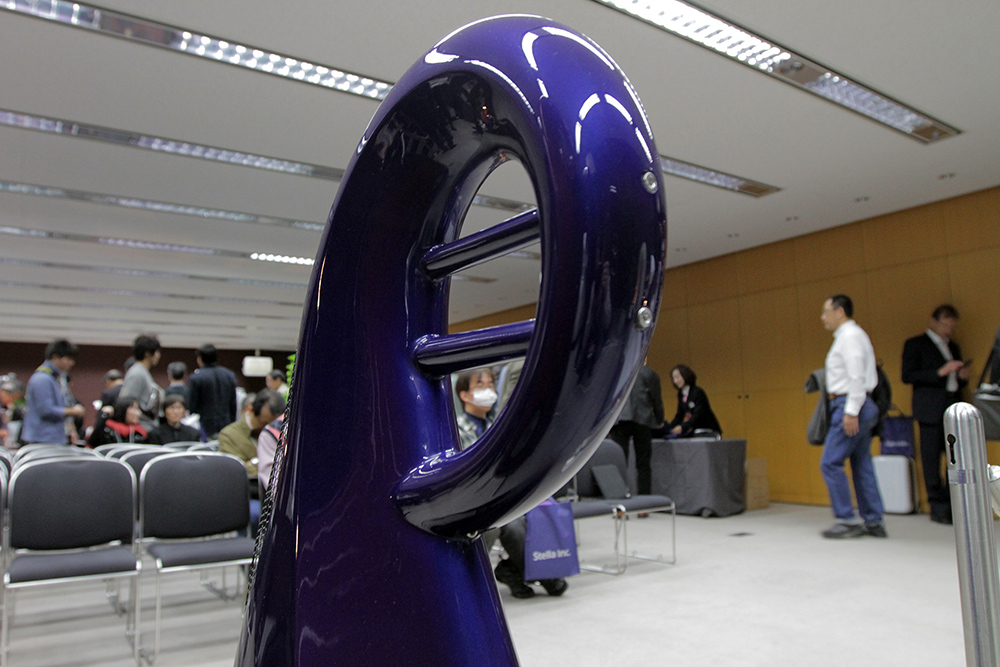 If someone asked Laurence Dickie six years ago whether he could make a Giya G1 that's half the size and price, he probably would have said, no way! But times have changed. All told, the G4 features true Giya technology brought down to a smaller size and lower price.