Poland isn’t exactly a nexus of the headphone biz, perhaps because neighboring Germany plays such an outsized role in that industry. Yet Warsaw’s Audio Video Show 2017 did reveal a couple of Poland-based companies striving to make their mark in headphones or headphone amps, as well as a couple of big-name products we haven’t yet had a chance to report on. Here are the new headphones, earphones, and headphone amps we saw, with prices listed in euros (€), US dollars ($), or Polish zlotys (zł). 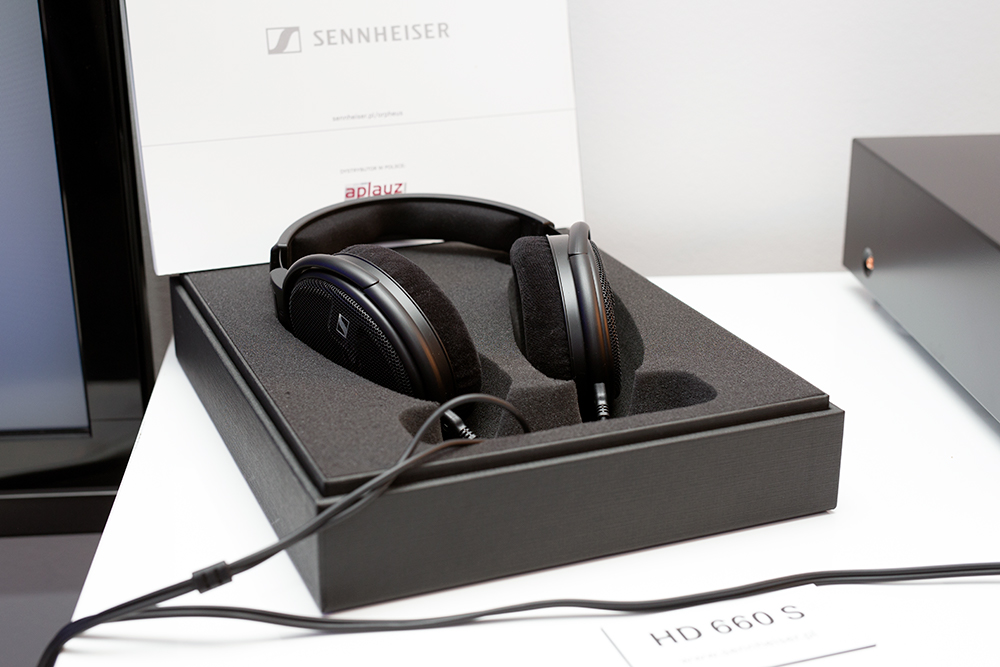 Sennheiser’s HD 660 S ($499.95) might be late 2017’s most anticipated new headphone model, as it’s an upgraded version of the HD 650, which for more than a decade has been something of an industry standard for audiophile-grade, open-back dynamic headphones. The new model has a lower impedance of 150 ohms, compared with 300 ohms for the original, which should make it easier to drive with portable devices. 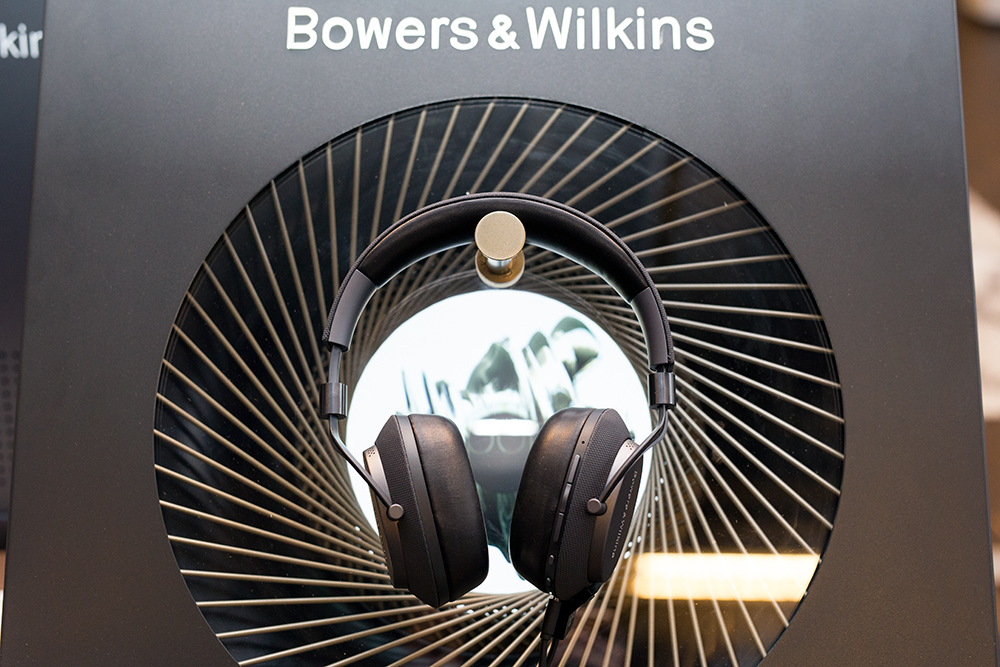 B&W’s new PX ($399) includes Bluetooth and noise canceling. A sensor detects when the user removes one of the earpieces and pauses playback, then resumes playback when the earpiece is placed back on the ear. An included smartphone app lets the user select from three noise-canceling modes (Office, City, or Flight), and also adjusts the amount of sound (if any) that is allowed to leak through from the headphones’ external microphones. 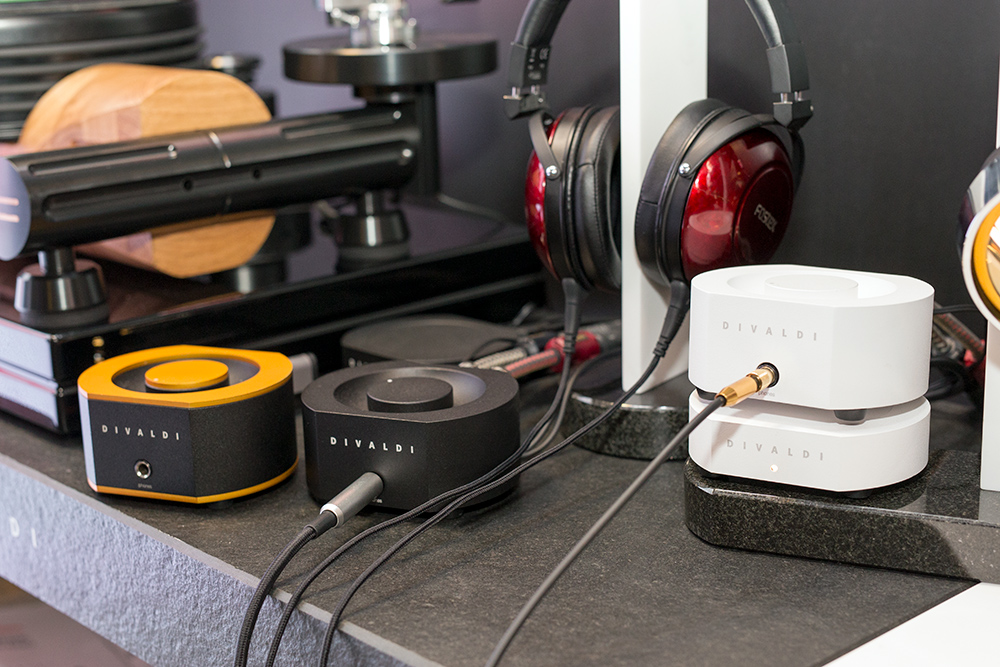 Polish manufacturer Divaldi’s Amp 2 (zł4800) headphone amp offers a remarkably sophisticated industrial design, plus a surprising feature: RCA inputs that can be set for line, MM phono, or MC phono. What’s even more surprising is that the phono preamp section offers ten different resistive-loading and ten different capacitive-loading settings. The unit has a dual-mono circuit layout and a separate power supply, and is available in white, black, or gold. 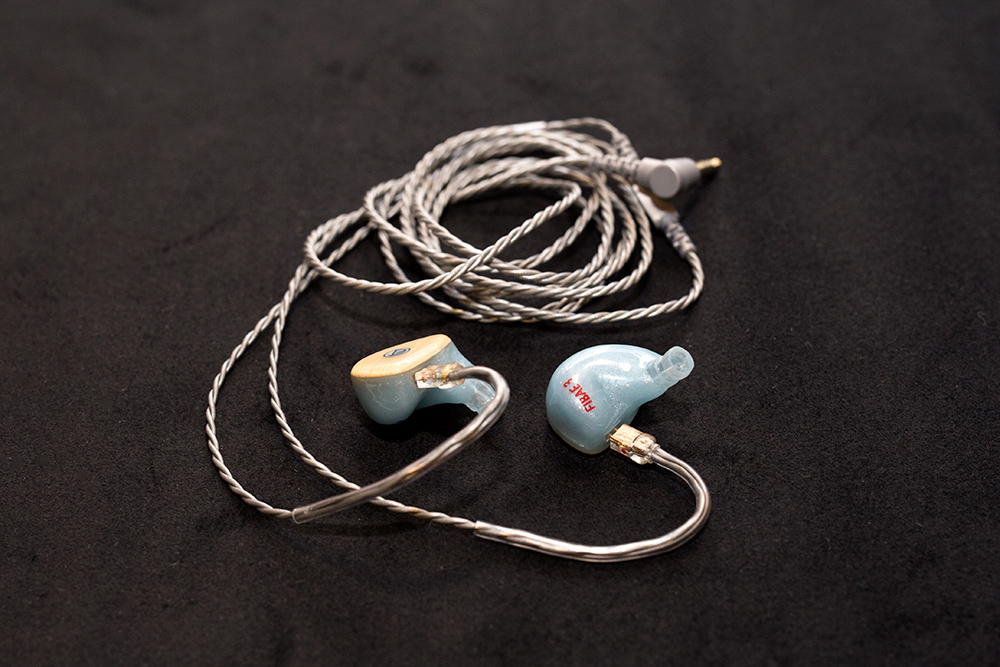 Warsaw-based Custom Art delivers something unusual in the headphone world: balanced-armature earphones with flat impedance, something I can remember encountering only in a long-discontinued TDK model. The advantage of flat impedance is that the sound of the earphones will be much less affected by the choice of headphone amp. The FIBAE 3 earphones (€525) shown here have three balanced armatures, and are voiced for a flat response similar to that of Stax electrostatic headphones. The FIBAE 2 earphones (€475) are said to deliver the same quality, but with two balanced armatures and a more bass-heavy sound signature. I loved the fit of both, and I particularly enjoyed the sound of the FIBAE 2s, which worked best with the large, single-flange tips I prefer. 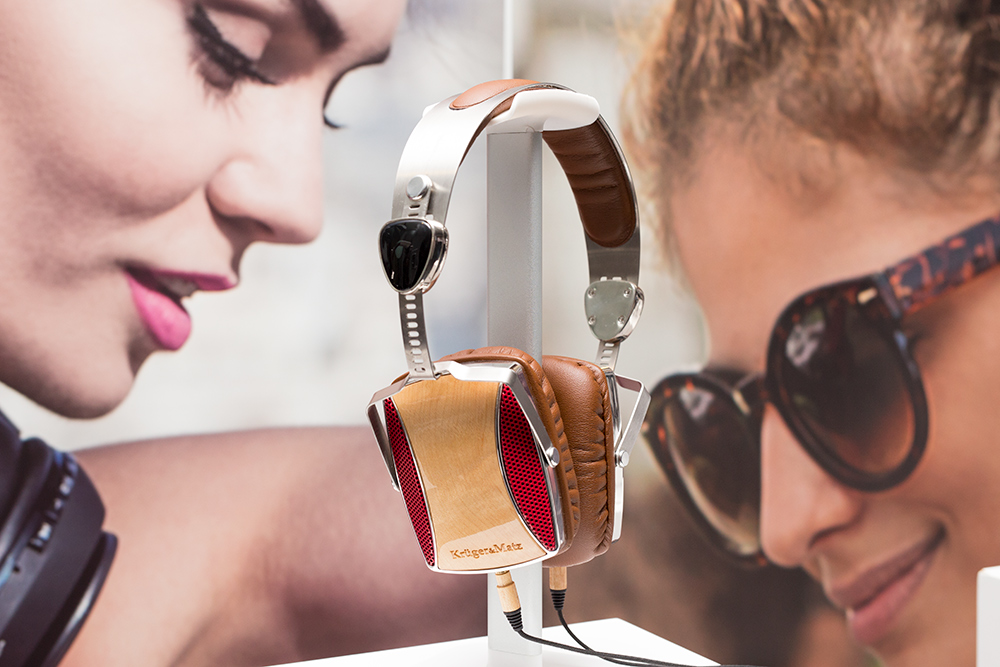 We’d never previously encountered Poland’s Krüger&Matz brand, which sells a wide variety of consumer electronics products including computers, smartphones, car audio, and Bluetooth speakers. Its headphones, such as the retro-styled KM665 model (zł399), seem to be mostly based on existing designs available under other brands. 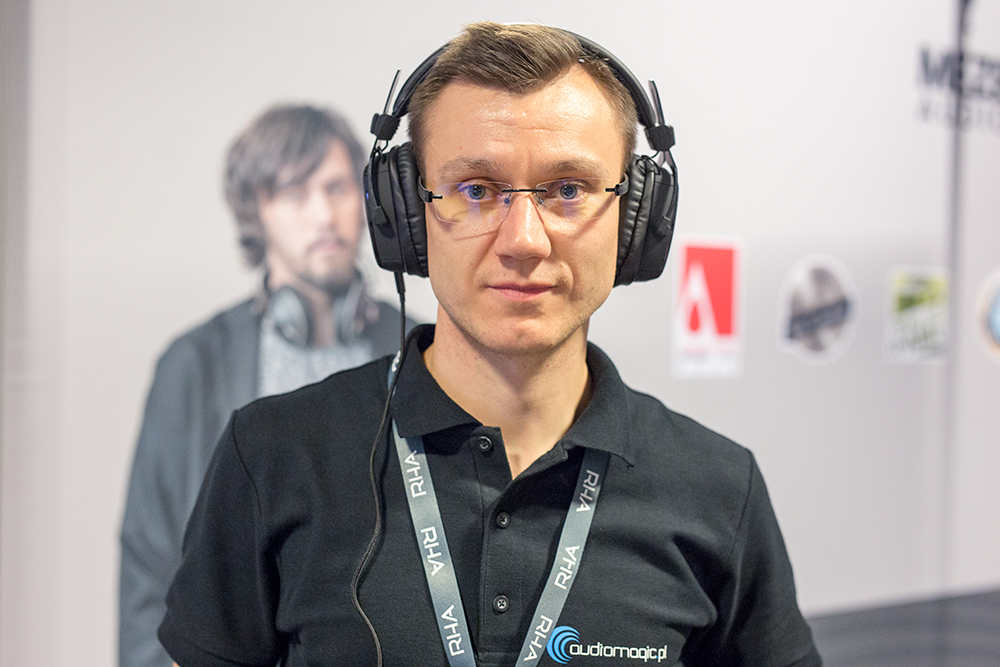 The Encore brand started about two years ago on Indiegogo, and is currently distributed mostly in Europe. The company’s RockMaster OE headphones ($59) feature big 50mm dynamic drivers, and they have the big earpieces necessary to accommodate such drivers. Fortunately, the big earpieces are amply padded and super-comfortable, and I thought the headphones sounded pretty good for the price.