Here’s the second half of my coverage of the CanJam SoCal 2021 headphone show, which took place September 25 and 26 at the Irvine Marriott hotel in Irvine, California. I was surprised to see so much innovation at this show—not just new headphone and earphone models but also new technologies I’d never seen before. But perhaps I shouldn’t have been too surprised, because what else were audio product designers going to do when they were shut inside for months?

All prices are in US dollars. 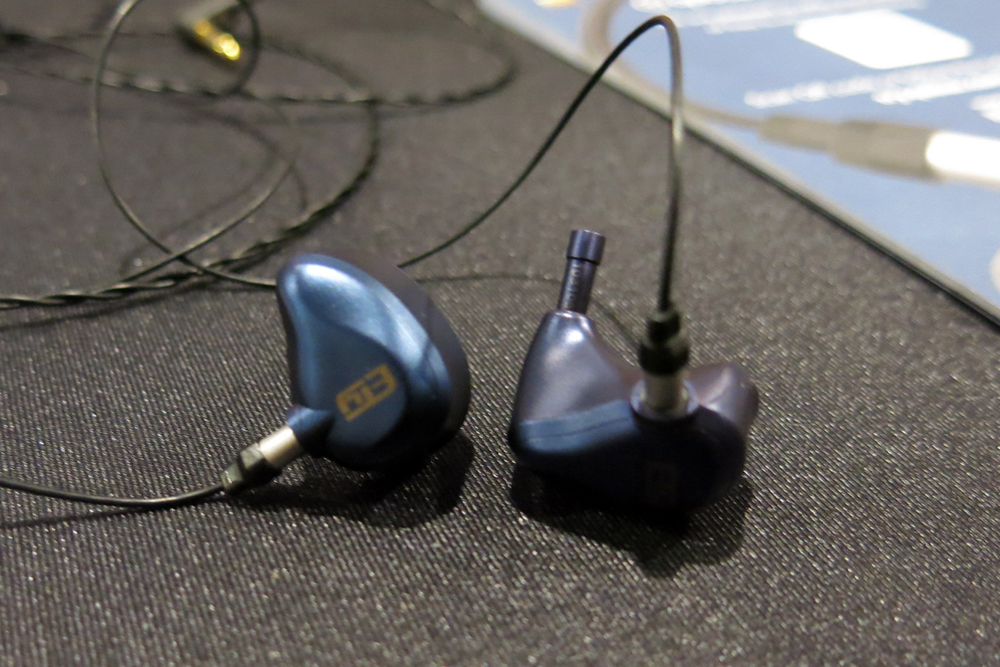 Etymotic pioneered the use of balanced armatures in earphones, but the company has been riding on the same basic designs for decades. The Evo earphones ($499) are the company’s attempt to branch out into designs that are more like (and likely more competitive with) other audiophile earphones. Each Evo earpiece packs three balanced armatures (two for bass and lower mids, one for upper mids and treble) into a molded stainless-steel enclosure. On the ends that connect to the earphones, the super-skinny cable is tipped with an Estron T2 connector, which is much more compact than the common MMCX connector—and, according to Etymotic, much more durable. Etymotic earphones have a reputation for a treble-heavy sound, but in my brief listen, the Evos sounded more balanced. 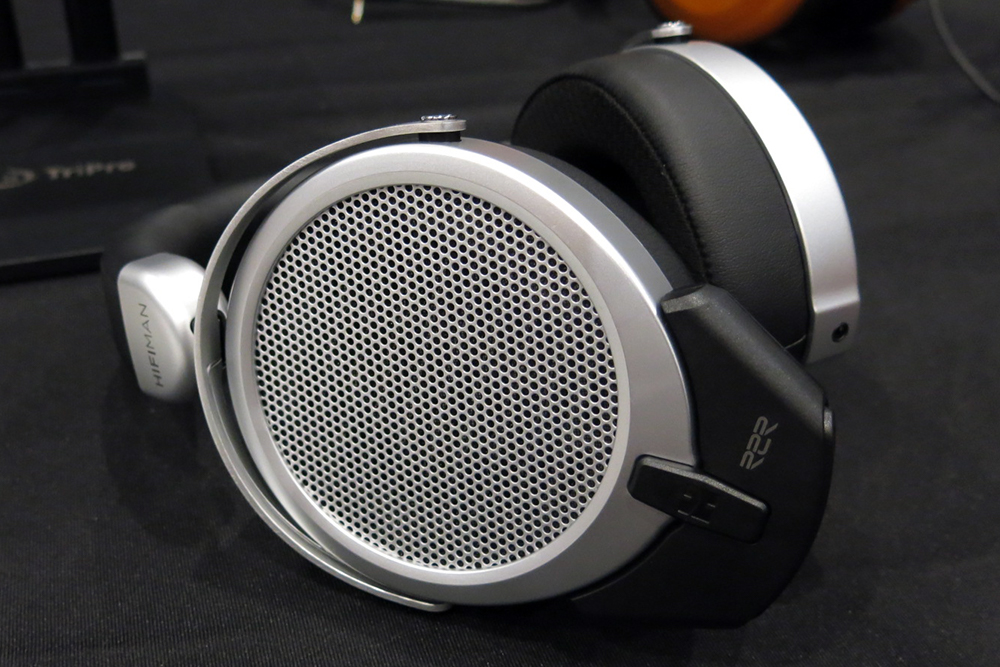 The HiFiMan Deva Pro headphones ($329) are an updated version of the Devas, which I loved when I reviewed them last year. The headphones themselves feature HiFiMan’s stealth magnet design, which reduces the acoustical impedance on the drivers—or in colloquial terms, lets them breathe more freely. Perhaps more significant, though, is that the snap-on Bluemini Bluetooth adapter included with the Deva Pros (and available as a $149 option for many other HiFiMan models) has been upgraded with the company’s Himalaya R2R DAC, with 24-bit/1500kHz resolution. 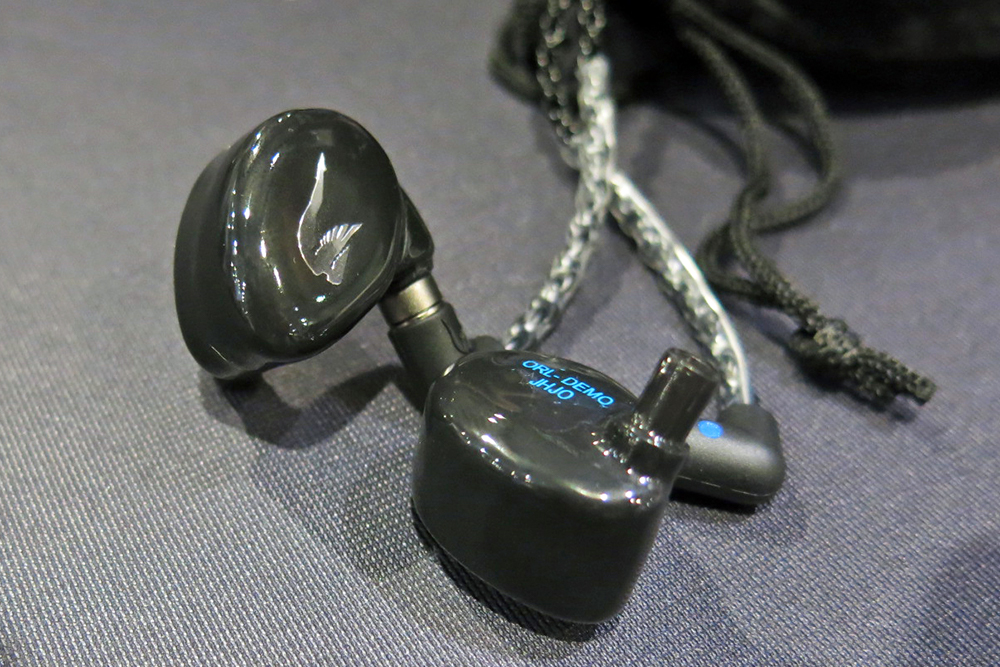 Jerry Harvey Audio’s new Jolenes ($1799) are certainly among the most complex earphones ever created. The earphones pack four dynamic drivers and eight balanced armatures into each 3D-printed enclosure. There are two 9.2mm dynamic drivers in an opposed configuration (i.e., facing each other) for the bass; two 4.9mm dynamics, also opposed, for the mids; four balanced armatures for the low treble (from 4 to 10kHz); and four more armatures for the high treble (10 to 23kHz). Most of the company’s earphones are built for pro use, but the company says the Jolenes are voiced specifically for audiophiles. 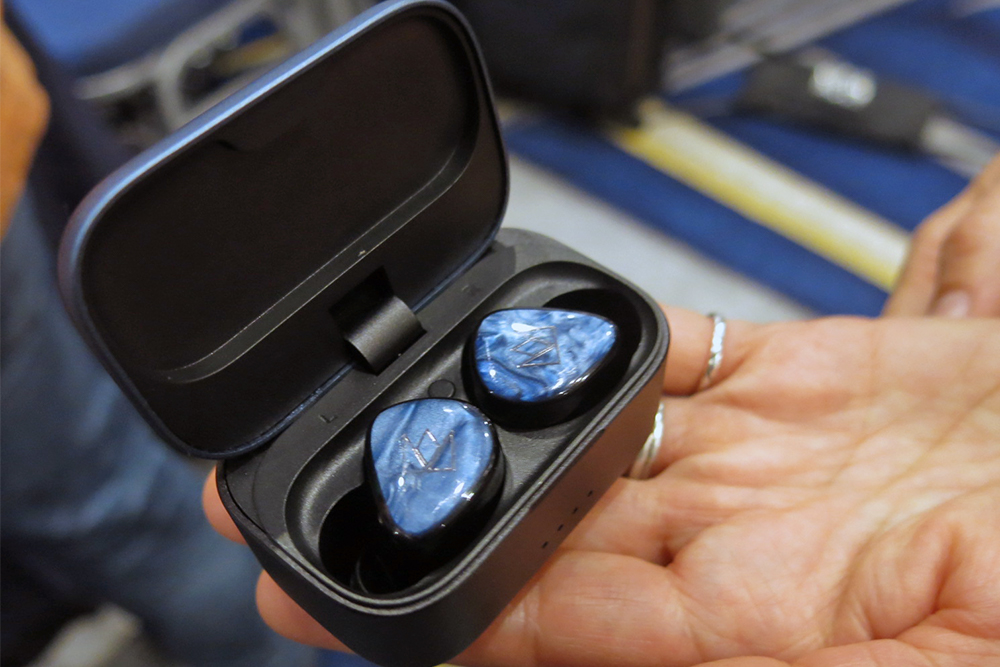 I was especially thrilled to encounter the Fokus Pro ($349), a new set of true wireless earphones from Noble Audio. The Fokus Pro earphones are one of the first true wireless models I’ve seen with a legit claim to audiophile design. The Pros are a hybrid design with a single dynamic driver and two balanced armatures per earpiece. AptX Adaptive and AAC Bluetooth codecs are included, and the app that comes with the earphones includes a ten-band EQ plus a hearing-test function that fine-tunes the sound of the earphones to suit your hearing. 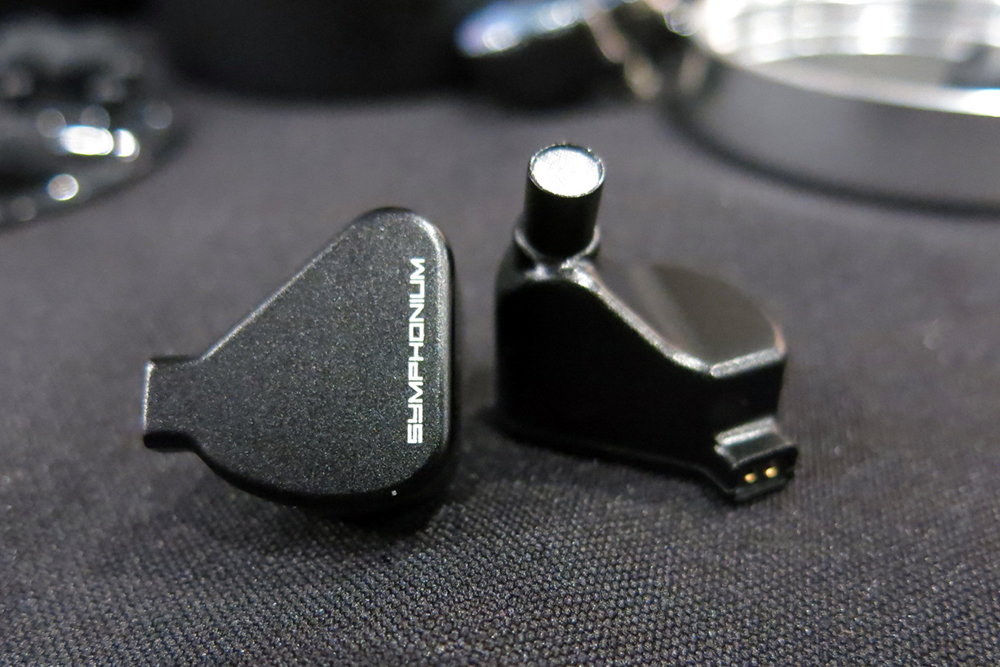 Unlike most earphones using balanced armatures, the Symphonium Helios earphones ($1099) are said to have a flat impedance curve, which should make them much less sensitive to the output impedance of the source device. (Check out the measurements section of any SoundStage! Solo review I’ve done of balanced-armature earphones for a more in-depth explanation.) The Helios earphones are a four-way design with all the drivers positioned in an aluminum enclosure. Apparently, this model has been kicking around for a couple of years—but this is my first CanJam in a long time, so it was my first chance to check them out. 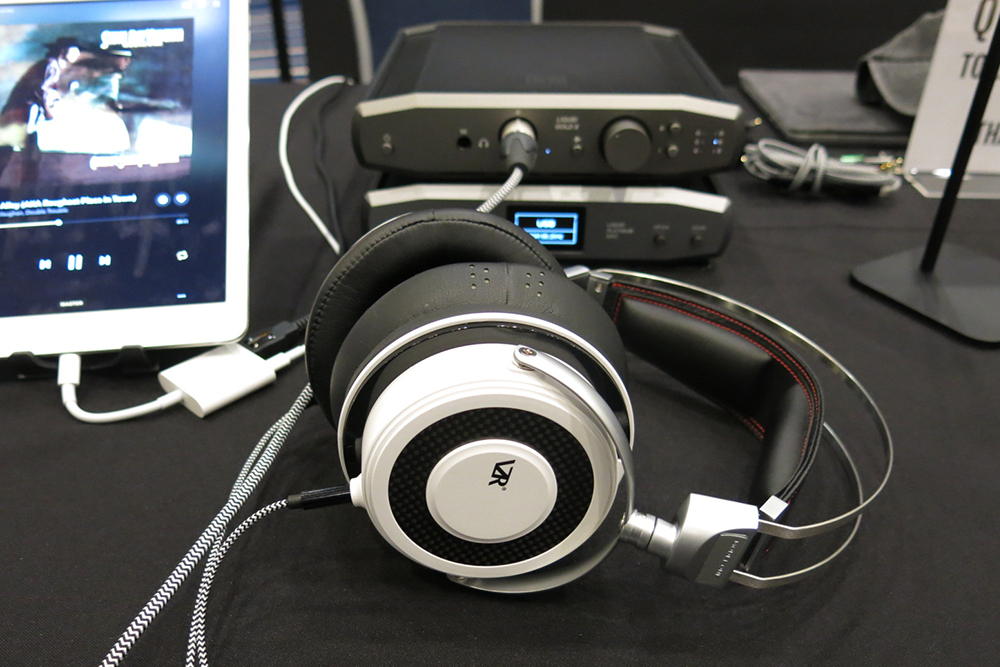 I was skeptical when I got a press release from VZR Audio touting a new set of gaming headphones, but the company’s CanJam booth graphics made it clear these headphones are intended for music fans, too. Yes, the Model One headphones ($349) include a boom microphone so you can talk to the people you’re shooting at. But more interesting from an audio standpoint . . . 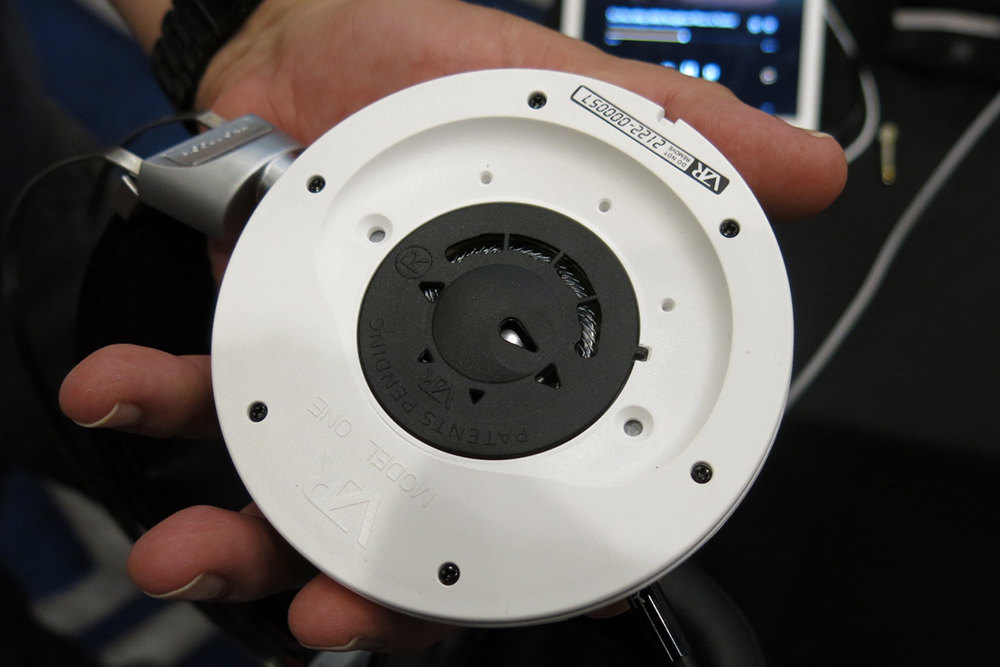 . . . is that the 40mm dynamic driver in each earcup is partially covered with the company’s CrossWave passive acoustic lens, which is said to fine-tune the frequency response while correcting for response inconsistencies across the face of the driver diaphragm. The company insisted that I check out the headphones’ ability to create precise sonic images all around the listener by watching images from some video game, and I have to say the Model Ones did seem to do an extraordinary job of “round-the-head” imaging. I’m eager to try them with Atmos music mixes. 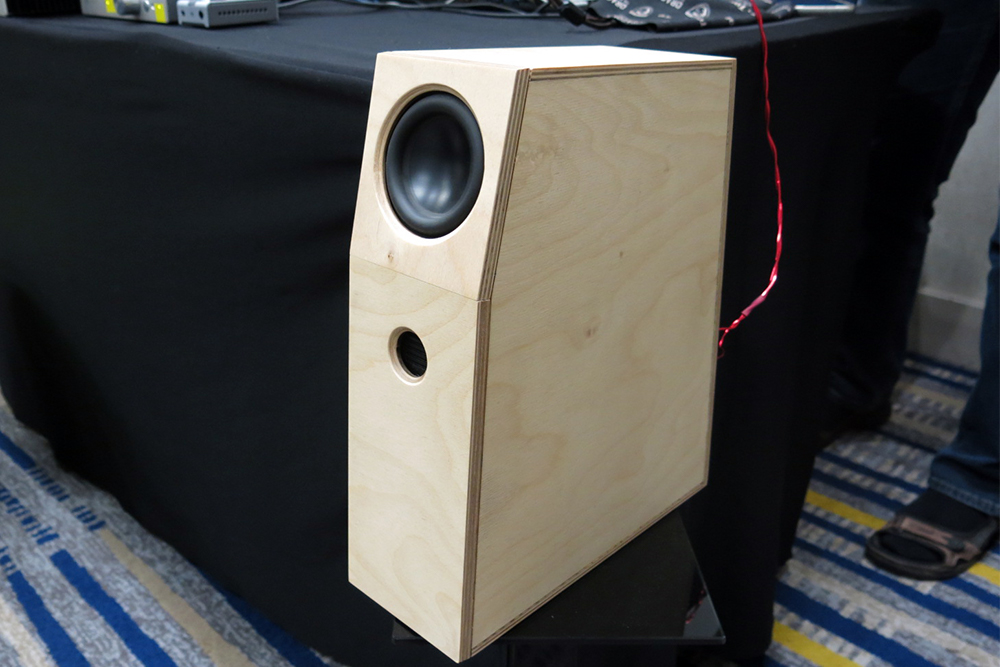 Of course, CanJam is a headphone show, but usually, somebody shows up with some speakers. And usually, I ignore them, but I couldn’t ignore the Xponent Audio Bliss speaker, which combines a high-excursion 3.5″ woofer in a transmission-line enclosure with an AMT tweeter that the company builds itself. The drivers are time-aligned on a slanted baffle and integrated with a first-order crossover—making them a phase-coherent design along the lines of speakers from Vandersteen and the sadly defunct Thiel Audio. I was blown away by the Bliss speakers’ huge sonic image, which didn’t seem to diminish in size even when I moved well off-axis. The design is said to offer response from 40Hz to 30kHz, +/-6dB. This is a prototype; the final model is expected to sell for somewhere around $1800 per pair.