When the Sonus Faber company debuted the new Olympica-series speakers at Munich's High End event last May, there was nothing but praise for the way the line looked -- thoroughly modern, but at the same time retaining the classic, luxurious appearance that the brand has long been known for. But among the group of three speakers that they showed there -- the I, a stand-mounted design, plus the II and III, which are both floorstanders -- there was one thing conspicuously absent: a center-channel speaker. For those who listen to only stereo, that didn't matter. But for those who wanted to set up a full surround-sound-type rig, its absence meant a lot. 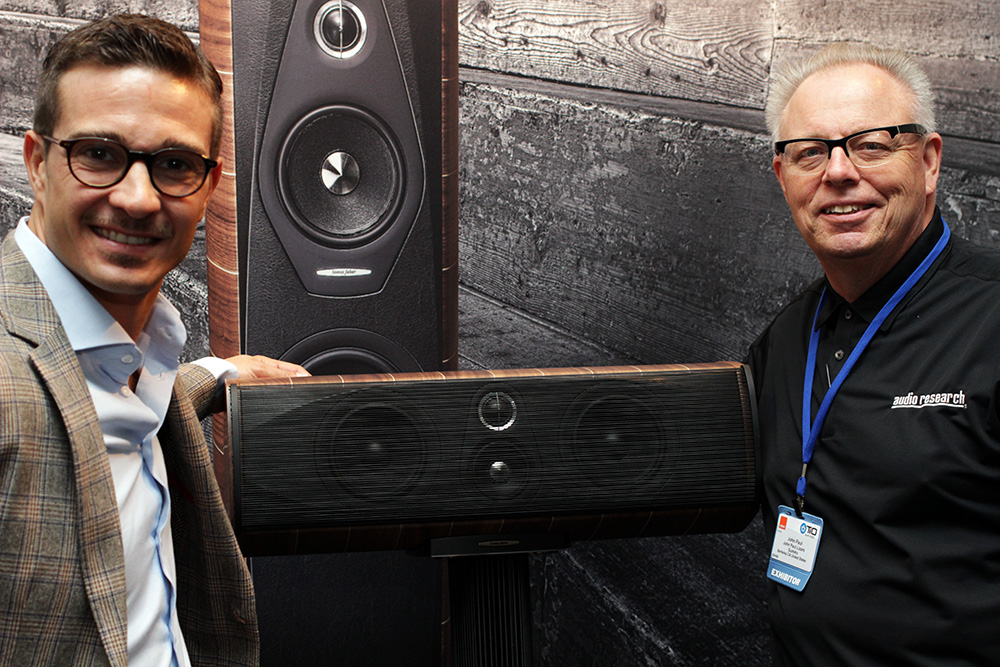 That changed at CEDIA 2013 when the company unveiled the Center, a three-way center-channel speaker with the same hallmarks of the other Olympica models -- proprietary drivers, exceptional woodwork, leather on the front baffle, the slotted port and perforated metal deflector, the string-type grille, and custom binding posts. When Sonus Faber's director of marketing, Fiore Cappelletto (shown at left in photo above with Sumiko's John Paul Lizars), presented the speaker to us, he said, "It completes the family." Indeed.

What's also nice about the Center is the optional stand, which, unlike stands you see from many companies, has been designed to complement the speaker, not detract from it. As for the Center's price, that hasn't been established yet, but according to Lizars, it's safe to say that the Center will be less than $5000 when it becomes available later this year.

Olympica arrived at High End in Munich, and now the series is complete at CEDIA Expo in Denver. What's next from this innovative Italian brand? 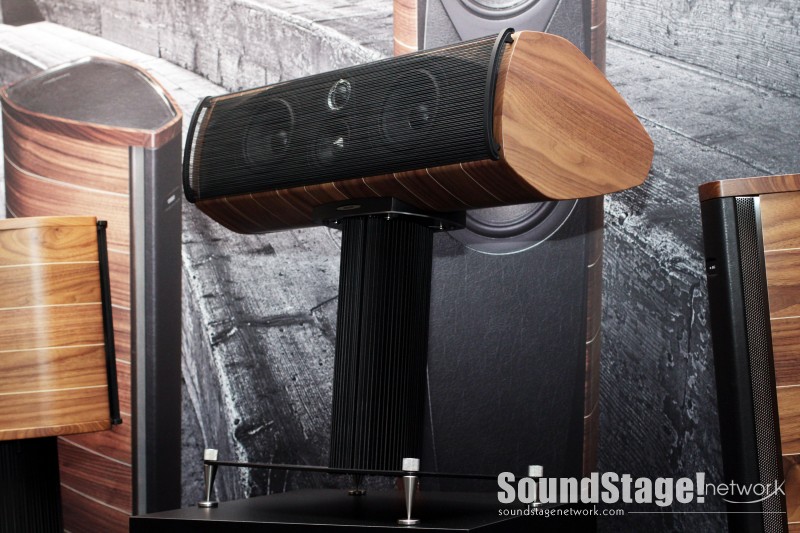 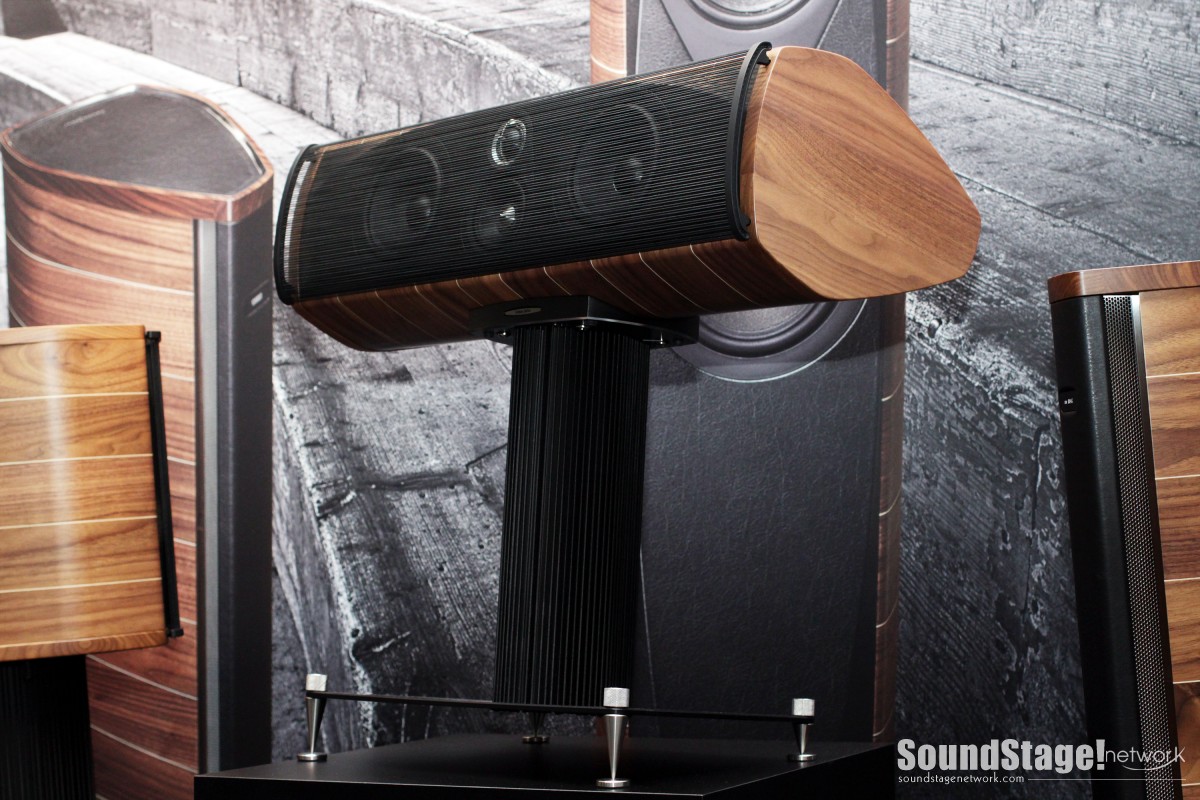