CEDIA Expo, held often in Denver, Colorado, is always a big show for home-theater audio, so it's always a big show for subwoofers. At this year's show, the focus seemed to be on relatively tiny models, ones better suited for filling out the sound of your bookshelf speakers than for shaking the floor of a home theater. Here are the best of the new models I saw. Unfortunately, most of them were on static display so I can't say anything about the sound. 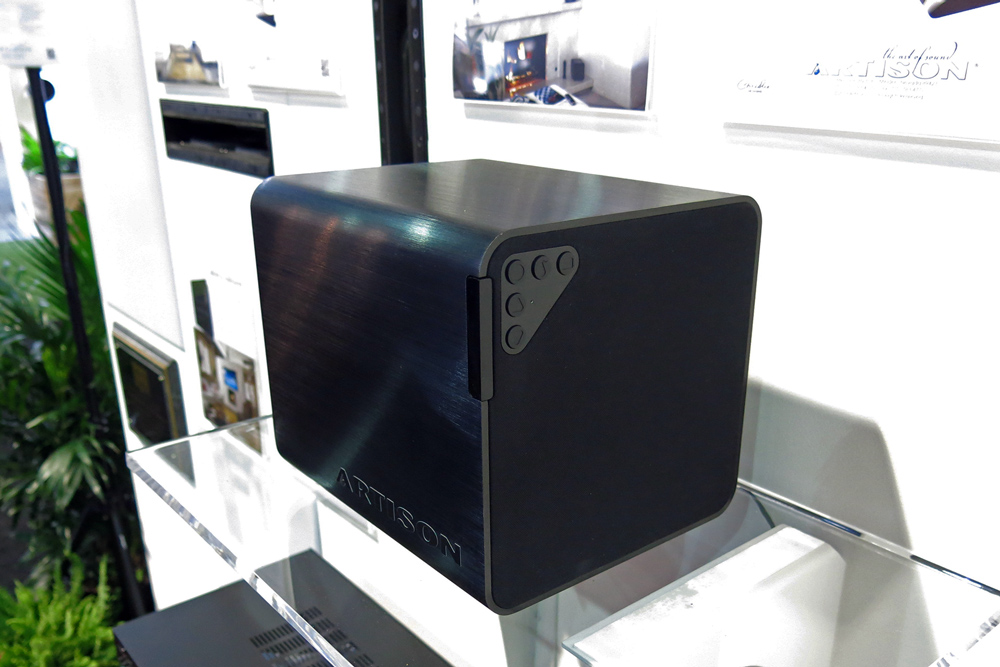 To me, the most technically interesting sub of CEDIA 2014 was the Artison Nano, a sleek little $899 minisub built into an aluminum extrusion. Inside are dual 6.5" drivers in a horizontally opposed, vibration-canceling configuration. A 300W class-D amp provides the juice. It gets help from activated charcoal filling, which, according to Artison engineering director Matthew LaBruzzo, increases output by about 10 percent. (Don't scoff, because KEF used the same technique to good effect with its on-wall speakers.) The Nano includes an IR remote control, high- and low-level inputs, and a low-pass filter that can be set for 12 or 18dB/octave slope. Want a discount? Check out Artison's Kickstarter campaign. 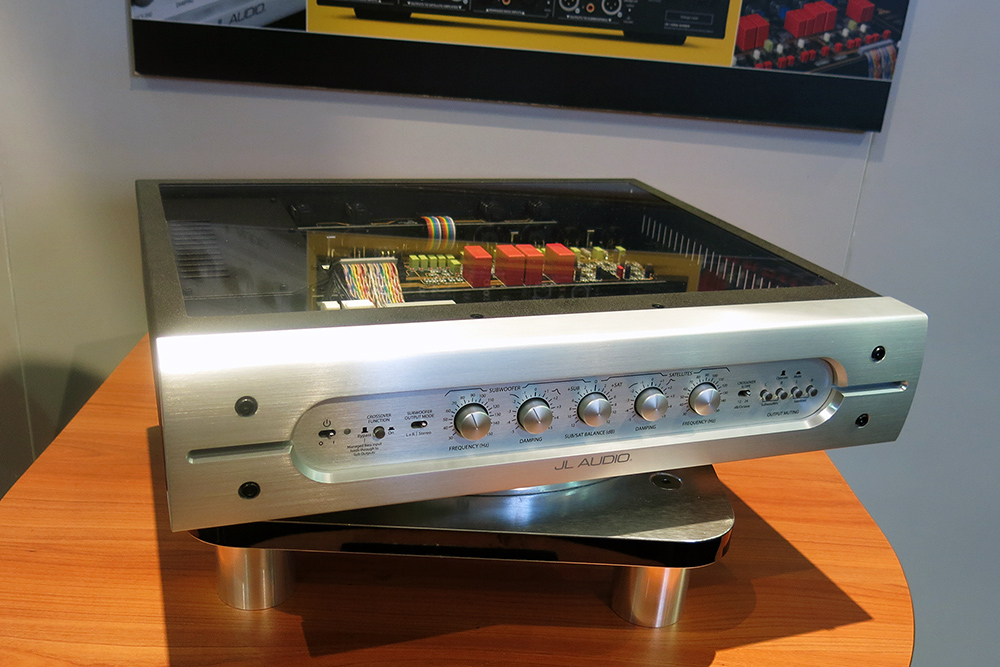 One of the reasons so few audiophiles use subwoofers is that almost no stereo preamps have built-in subwoofer crossovers, and most of the ones now available are cheaply built professional models. JL Audio's $3000 CR-1 active subwoofer crossover is built like a high-end preamp, and includes lots of features that should make it pretty easy to get a perfect blend between satellites and subwoofer. The high- and low-pass crossover filters are separately adjustable from 30 to 150Hz, with 12 or 24dB/octave slopes and damping controls that adjust the Q of the crossover filters. 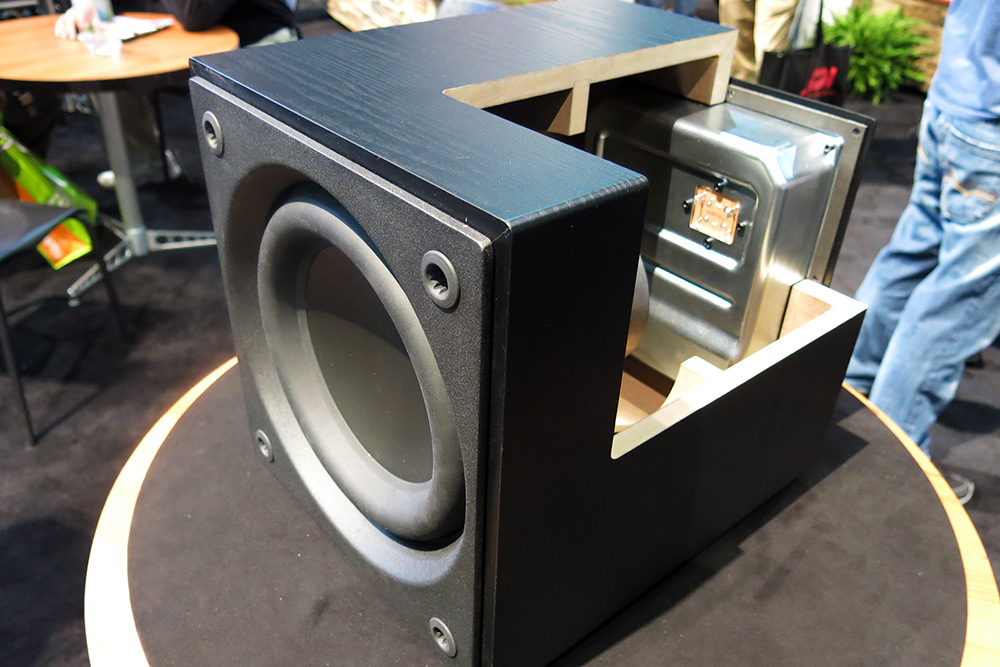 JL Audio's known mostly for high-end supersubs, but the new Dominion-series subs will get it more attention from audio enthusiasts on a budget. That's a cutaway of the 10" d110 shown here; it costs $999 in Black Ash finish or $1099 in Gloss Black, and incorporates a 750W class-D amp. The 8" d108 runs $799 in Black Ash or $899 in Gloss Black, and is powered by a 500W amp. The company also showed its new Fathom v2 subs, which have 20 percent more power and an 18-band auto EQ system! 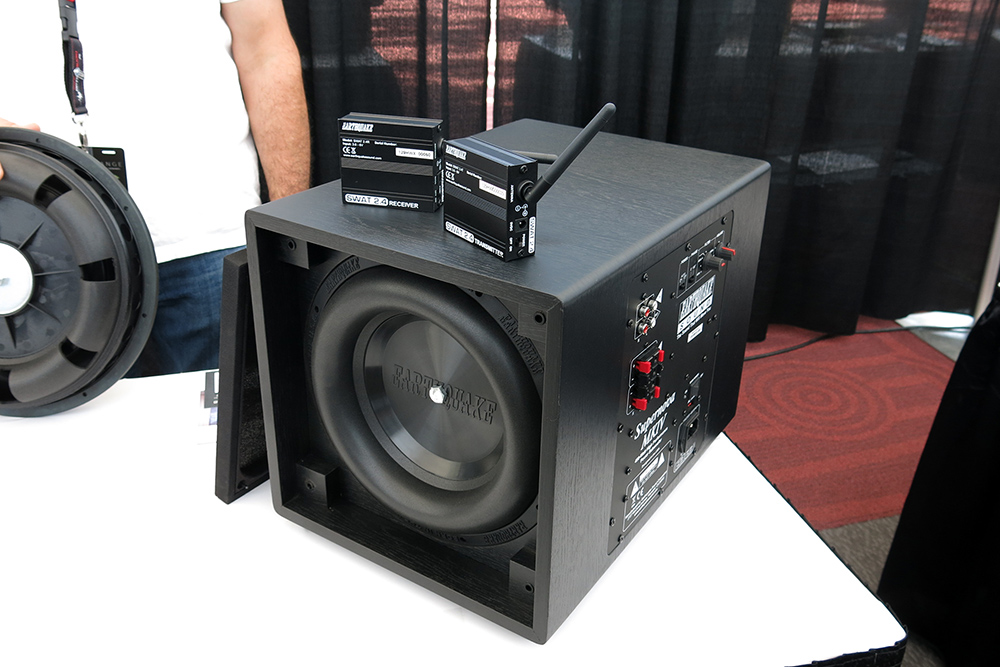 Earthquake designed its new Supernova MKIV subwoofers for high output from a tiny enclosure. Sure, you hear that a lot, but given these subs' overbuilt drivers and passive radiators, and internal amps rated at 450W RMS, maybe there's something to it. The prices seem reasonable, too: $799 for the Supernova MKIV10 10-incher shown here, and $899 for the Supernova MKIV-12 12-incher. The company says both deliver ample output all the way down to 20Hz. The wireless adapter on top is optional. 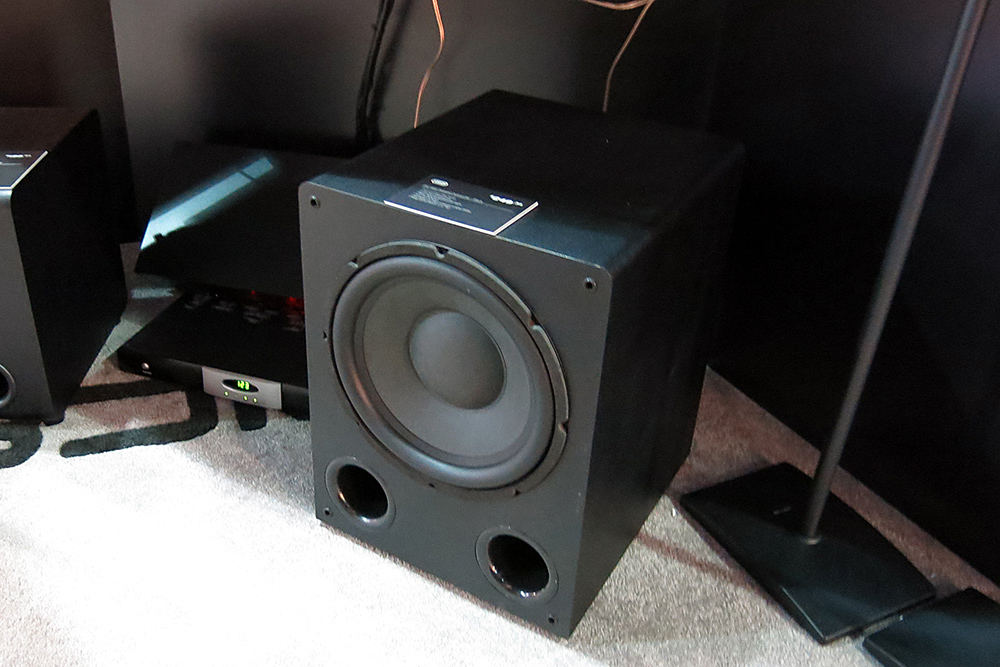 Most companies leave their low-priced stuff at home when they come to the CEDIA Expo, because the custom installers that attend the show like, for obvious reasons, to sell higher-end gear. But Monoprice doesn't sell any higher-end gear, which is why this CEDIA saw the introduction of a $249 12" subwoofer, the model 12229 shown above. A 250W amp powers the driver. 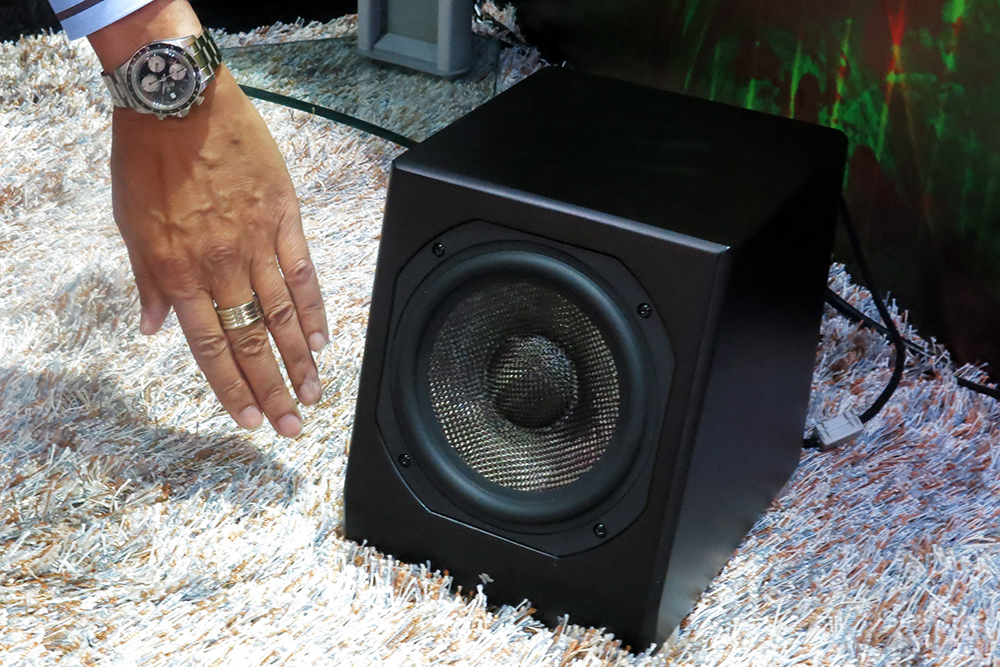 Totem Acoustic has always been good at delivering big sound from small speakers, but even so, the tiny size and relatively high output of the Kin Mini Sub surprised me. Paired with the 9"-high Kin Mini speaker -- a combination company founder Vince Bruzzese called "the anti-soundbar" -- the Kin Mini Sub delivered the full, spacious sound you'd expect from a good, small tower speaker. (That's Bruzzese's hand in the picture.) The $450 sub incorporates a 6" driver powered by a 110W amp.

It seems a shame that with so much attention at CEDIA 2014 devoted to Dolby Atmos, these new subs went mostly unnoticed. But while no one can say for sure if Atmos will ever really take off, good bass never goes out of fashion. Thus, this new generation of (mostly) minisubs will likely catch the ears of audio enthusiasts regardless of what else is going on in audio.