When it came to audio electronics, the new Dolby Atmos A/V receivers grabbed much of the attention at the 2014 CEDIA Expo. But I was surprised and heartened to see a lot of new stereo gear on display, including new ultra-high-end models as well as affordable products that are almost impulse buys (well, at least for serious audiophiles). Here's the best of what I saw at the show. 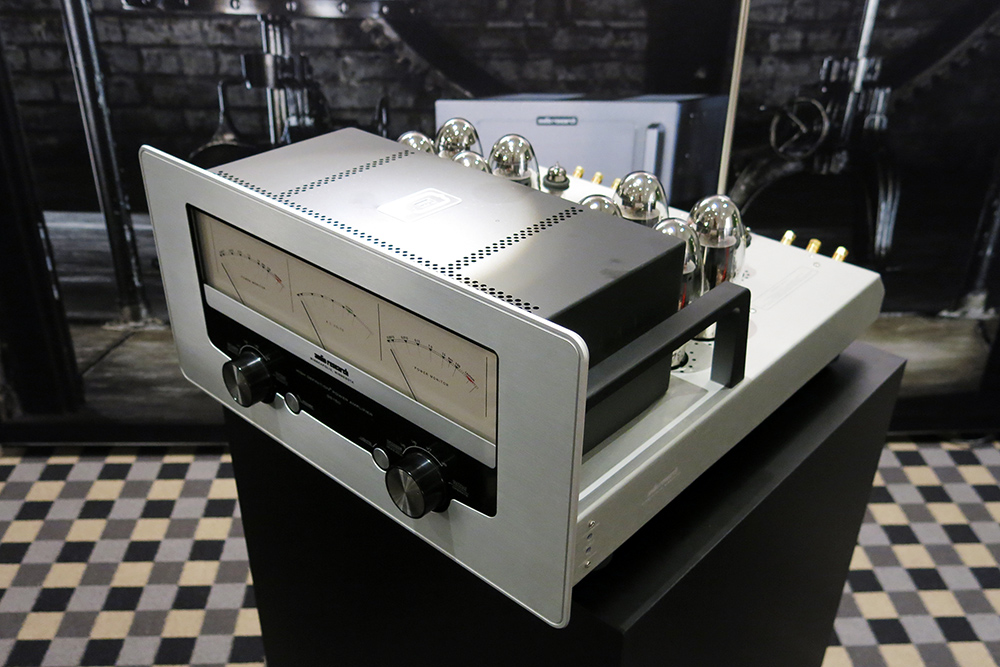 Audio Research is certainly one of the most respected names in amplification, but its components tend to look more like lab gear than audiophile components. The company is hoping to change its image a bit with the new G-Series components, including the $20,000 GS150 amplifier shown here, and the $15,000 GSPre preamp/phono stage pictured with the Sonus Faber Lilium speaker in my CEDIA speaker coverage. The GS150 is the first Audio Research amp to use the new KT150 tube; the octet of KT150s delivers an ample 150Wpc. 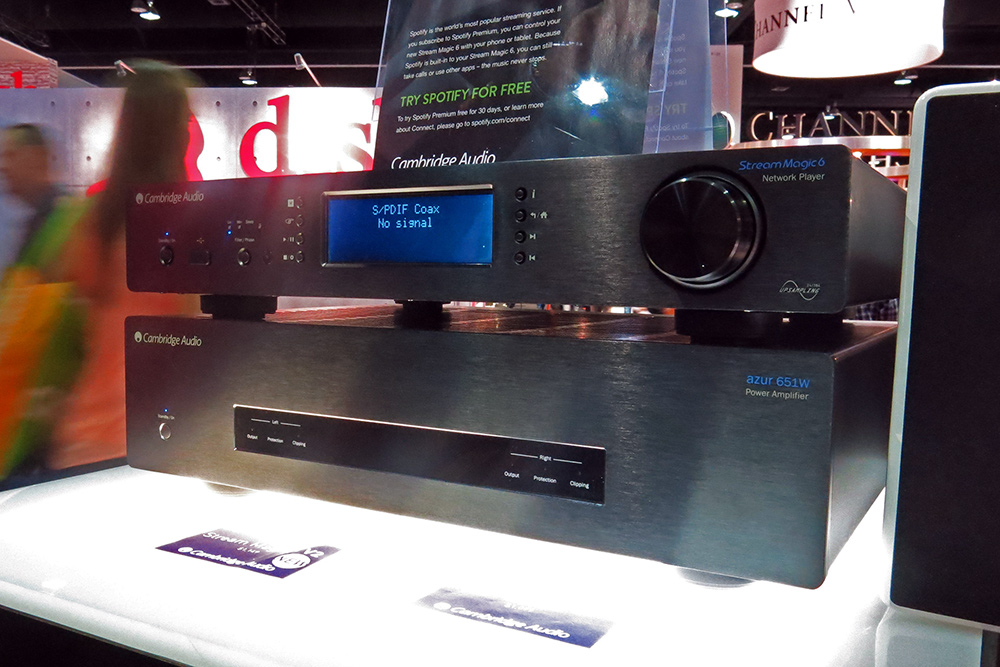 Not only does Cambridge Audio's Stream Magic 6 V2 stream digital audio off your network in resolutions up to 24/192, but it also reaches out to grab Internet radio streams, podcasts, and Spotify Connect. And it's a full digital preamp with USB, coax and optical digital inputs, volume control, and XLR and RCA analog outputs. It upsamples all incoming audio to a sample rate of 384kbps, using an adaptive time correction that the company says plots a smooth curve between samples instead of simply averaging. 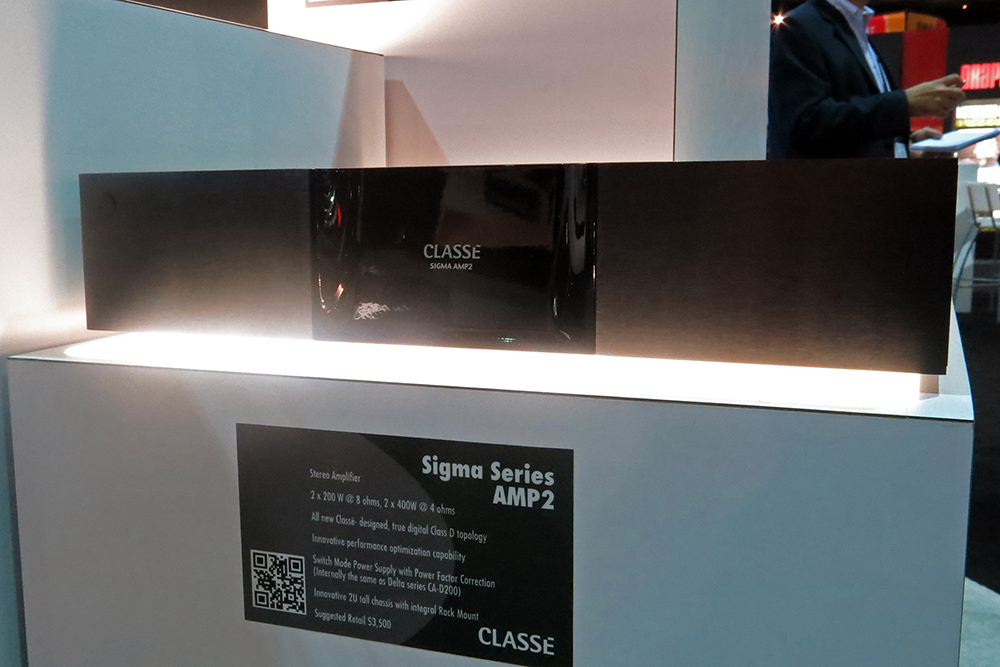 Many audiophiles -- and some engineers -- still hold a grudge against high-efficiency, cool-running class-D amplification, yet more and more high-end companies are embracing it. The latest is Classé, which showed its new Sigma Series amplifiers. The stereo model shown here is the Sigma Series Amp2, rated to deliver 200Wpc into 8 ohms or twice that into 4 ohms. The $3500 Amp2 is class D from end to end, with a switching power supply feeding the amplifier's rails instead of the traditional linear (transformer-based) supply that some audio companies use with their class-D amps. 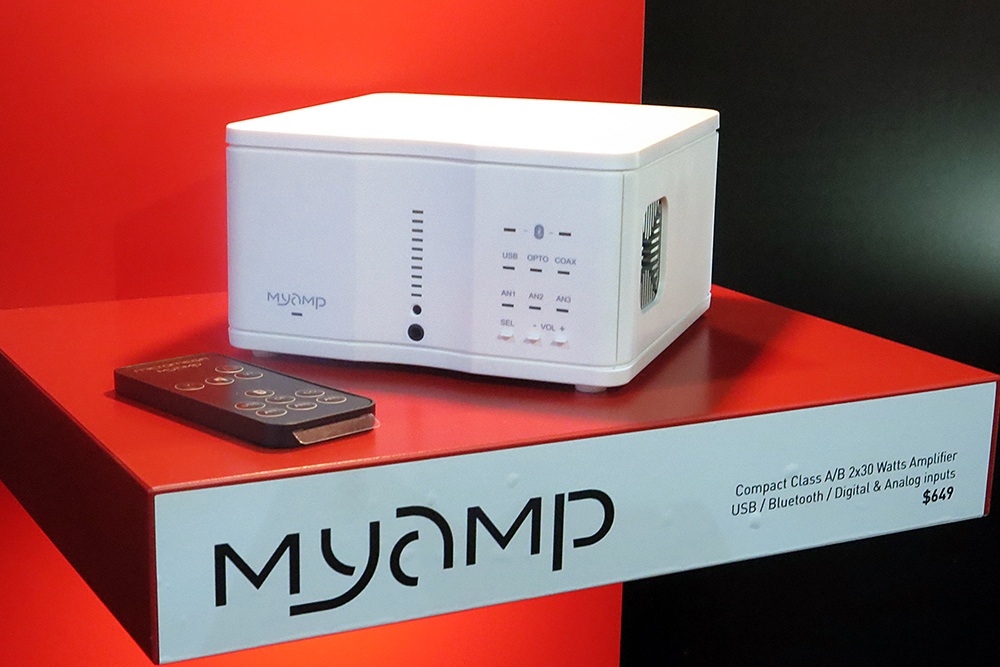 The $649 MyAmp shares the same basic design as Micromega's other compact components, such as the popular MyDAC digital-to-analog converter. Essentially, the MyDAC is built right into the MyAmp; it features three digital inputs (coax, optical, and USB), three analog inputs, and a subwoofer output, and it also includes Bluetooth wireless audio and a remote control. Surprisingly, it's a class-AB amp, not the usual class D (you can see the integral heatsink on the side). Rated power is 30Wpc into 8 ohms, double that into 4 ohms. 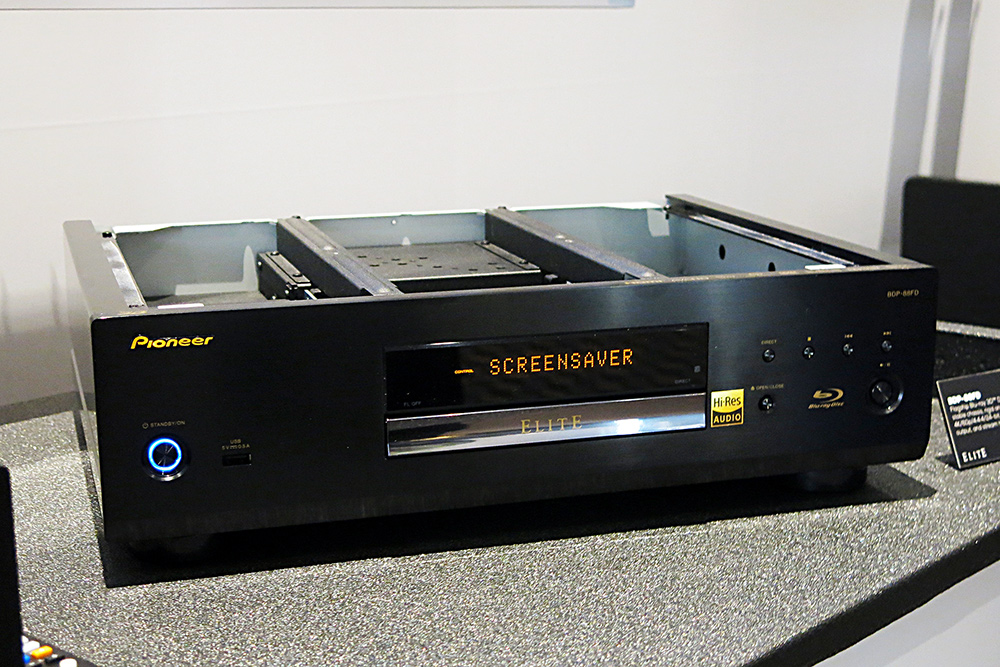 What's a Blu-ray player doing in an article devoted to stereo audio components? The $2000 Pioneer BDP-88FD is actually focused as much on being a high-resolution audio player as it is on playing Blu-ray Disc. It has USB input, PCM and DSD high-resolution audio capability, and the ability to access files stored on a connected USB drive or on a network-attached storage (NAS) drive through a home network. File browsing is done through the onscreen menu. It uses an eight-channel ESS Sabre DAC chip, with four DACs running in parallel for each channel to reduce noise, and features XLR output plus a separate ground connection to minimize hum.

Digital audio specialist Wadia showed a whole slew of new products, including the trio of mini-components shown here. Most intriguing to me is the m123 streaming music decoder at top, which can receive both Bluetooth and Play-Fi wireless audio. (Play-Fi is an up-and-coming Wi-Fi-based streaming standard licensed by DTS that works similarly to AirPlay, but it's compatible with Android sources as well as Apple products.) Price hasn't been set, but it'll be "not over $1500," according to the company. There's also the $1500 di122 DAC/preamp/headphone amp (middle component in the photo), which handles PCM digital audio in resolutions up to 24/192 as well as all variants of DSD audio. At bottom is the $1500 a102 class-D power amp, rated to deliver 50WPC into 8 ohms or 95Wpc into 4 ohms. 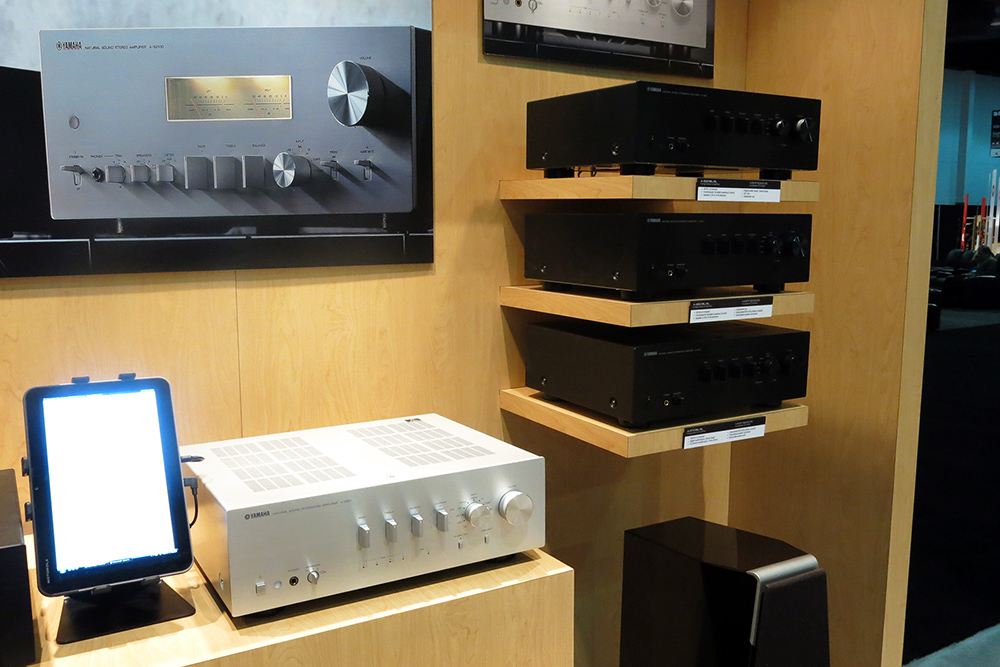 I sure didn't expect that the most exciting new stereo audio product at the CEDIA Expo would come from Yamaha, but the company shocked me with not one but four new stereo integrated amps, starting at $399 for the A-S301 (the black component at top in the photo). The one you want, though, is the $999 A-S801 (the silver component in the photo), which incorporates a 24/384 DAC with USB, coax, and optical inputs. There's a built-in MM phono stage, too. The A-S801 puts out a rated 100Wpc using a traditional class-AB amp topology. Why did I find this so exciting? Because it's an integrated amp that delivers lots of power and has all the features most audiophiles need.

Audiophiles might feel a little overwhelmed and annoyed by all the hubbub that's sure to accompany the launch of Dolby Atmos this fall, but the 2014 CEDIA Expo shows that audio manufacturers haven't lost their focus on the two-channel market even as they've devoted so many resources to Atmos. I'm definitely looking forward to a long listen to a few of these new amps.