Traditional stereo audio has never been a major category at the Custom Electronics Design and Installation Association (CEDIA) Expo, which ran for three days last week at the Colorado Convention Center in Denver. But it’s the most important show of the year for makers of surround-sound receivers and processors, and they usually bring along a stereo piece or two, too -- as well as cutting-edge home-theater electronics that may interest many audiophiles.

I’ve picked out a few of the most interesting new audio electronics I saw at the CEDIA Expo, with all prices listed in USD.

Note two interesting developments not shown here. First is Monitor Audio’s new IMS-4 four-zone digital streamer, which will be the first product outside of the Lenbrook brands (Bluesound, PSB, and NAD) to offer BluOS high-resolution streaming. Second is the emergence of consumer products using the Dante Ethernet-based audio networking system, the standard for digital audio distribution in professional sound reinforcement systems. New Dante-compatible products include JBL’s SDA-7120 seven-channel power amp, SDP-55 surround-sound processor, and SDA-2200 AV receiver. Thanks to Dante, the SDP-55 and SDA-7120 can be interfaced with just a single Ethernet cable. 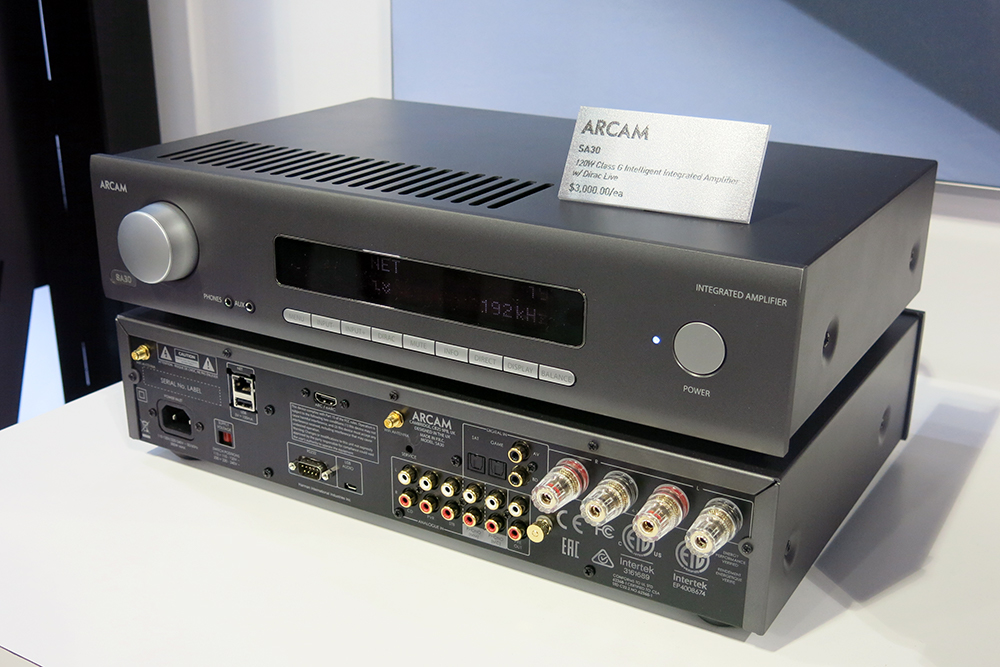 Arcam’s SA30 integrated amp ($3000) is one of a new class of stereo receivers designed to play well with TVs and other video gear. Its HDMI eARC input accepts signals from TVs and from digital streamers with resolution up to 24/192. The class-G, 120Wpc amp also features digital and analog inputs, an MM/MC phono input, streaming through Google Cast and Apple AirPlay 2, and Dirac Live auto room EQ. 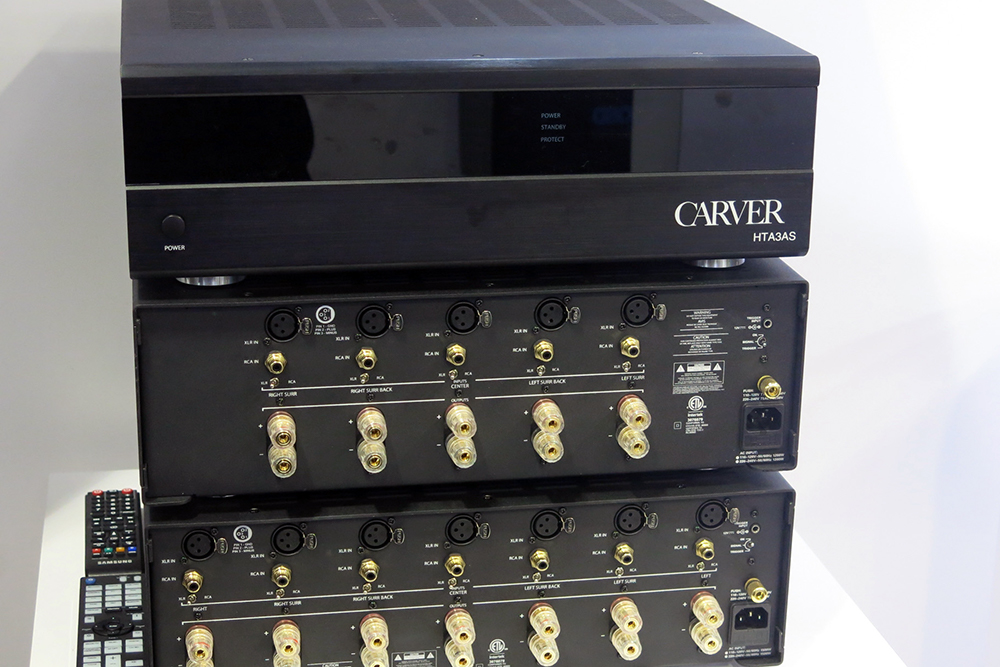 Even though legendary amplifier designer Bob Carver sold his namesake company decades ago, the name keeps popping up again every few years. Now Optimal Speaker Design, or OSD, will be distributing Carver-branded products globally. The first products will be a line of home-theater amps: the three-channel HTA3AS, the five-channel HTA5AS, and the seven-channel HTA7AS. All are rated at 150Wpc into 8 ohms, but none bear any of Carver’s signature technologies -- they’re conventional class-AB amps rather than the class G and H designs for which Carver is best known. Unfortunately, no prices were available. 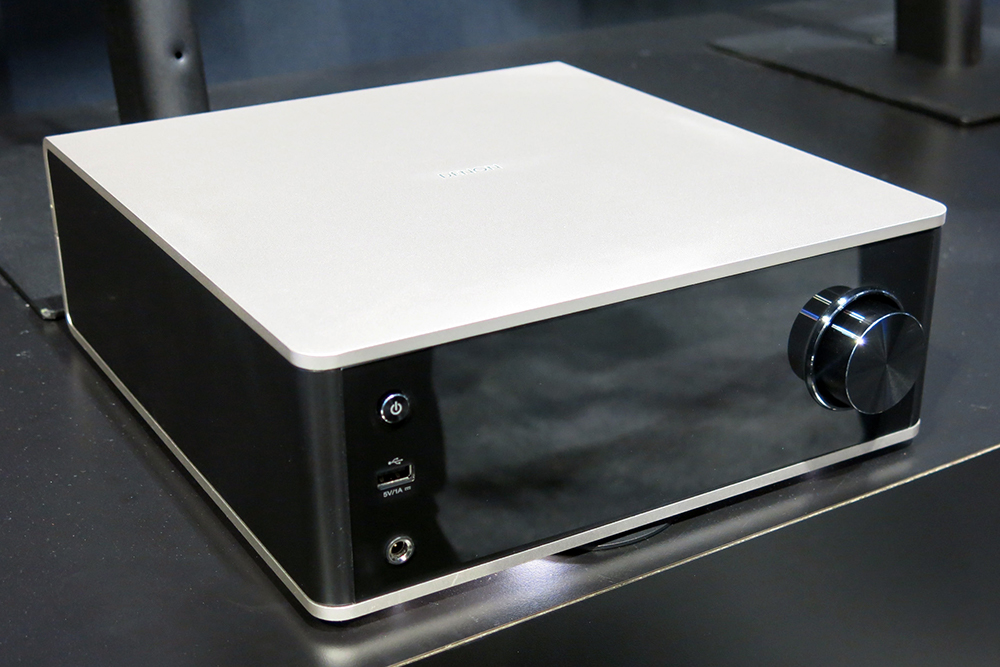 Denon’s PMA-150H ($1099) represents a rethink of the integrated amp -- not only in looks, but in features, too. Its narrow design is sized to fit into popular furniture from Ikea and other contemporary furniture makers. Plug a TV’s TosLink optical digital audio output into one of the PMA-150H’s TosLink inputs, and the amp will automatically switch over to TV sound whenever you turn on the TV. The 70Wpc class-D amp also has Denon’s HEOS audio streaming built in, as well as Apple AirPlay 2 and Bluetooth. 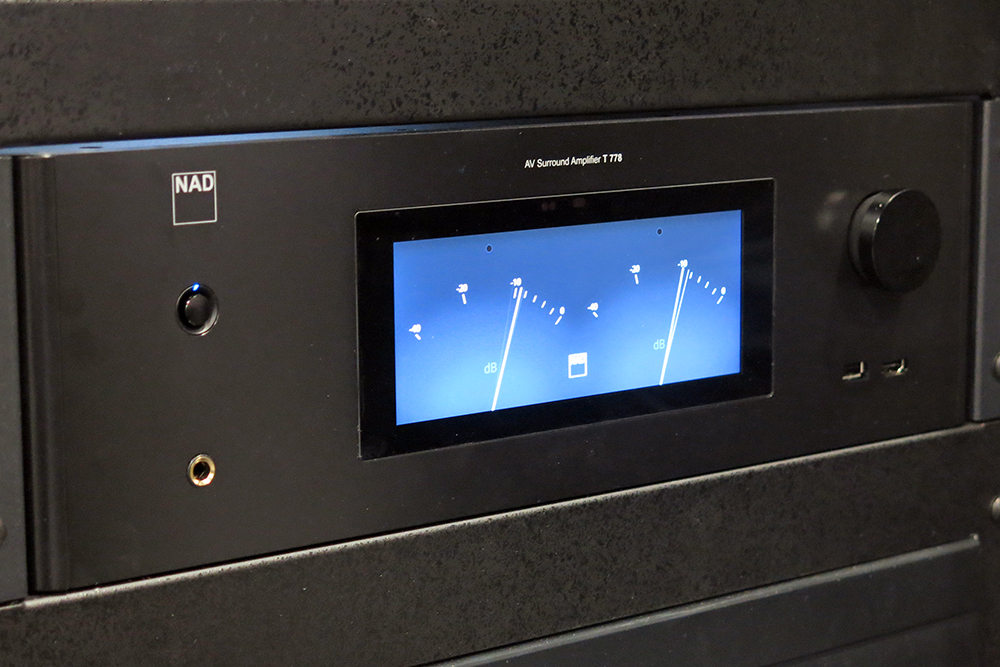 The NAD T 778 AV receiver ($2999) is ideal for audiophiles who don’t want to admit they own a home-theater system. The unit is controlled through a front touch panel that can display stereo VU meters that recall the glory of classic McIntosh and Carver amps. The screen can also show metadata and album cover art for the built-in BluOS digital music streamer. The nine-channel, 80Wpc receiver features all the latest Dolby and DTS variants, plus Dirac Live room EQ. 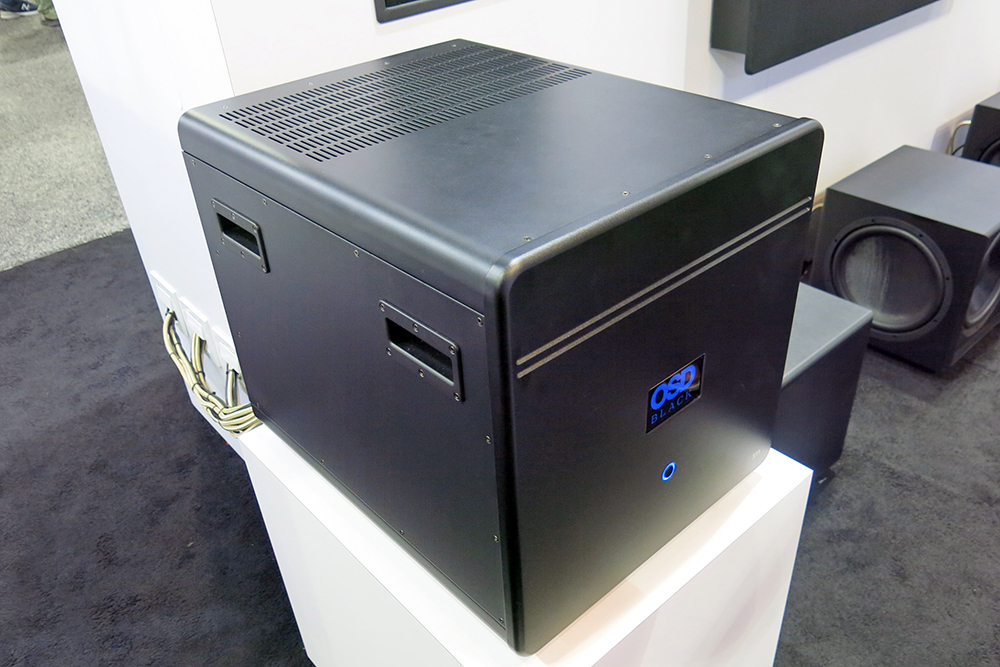 I knew OSD for its excellent and shockingly inexpensive outdoor speakers, but at the Expo the brand went radically upscale with its new Black Series products, available only through custom installers. The most interesting of these was the behemoth shown here: the Theatro X11 amp ($7000). It’s about the size of three conventional multichannel amps stacked, and each of the class-H amp’s 11 channels is rated at 380Wpc into 8 ohms and 600Wpc into 4 ohms. To achieve its rated power . . . 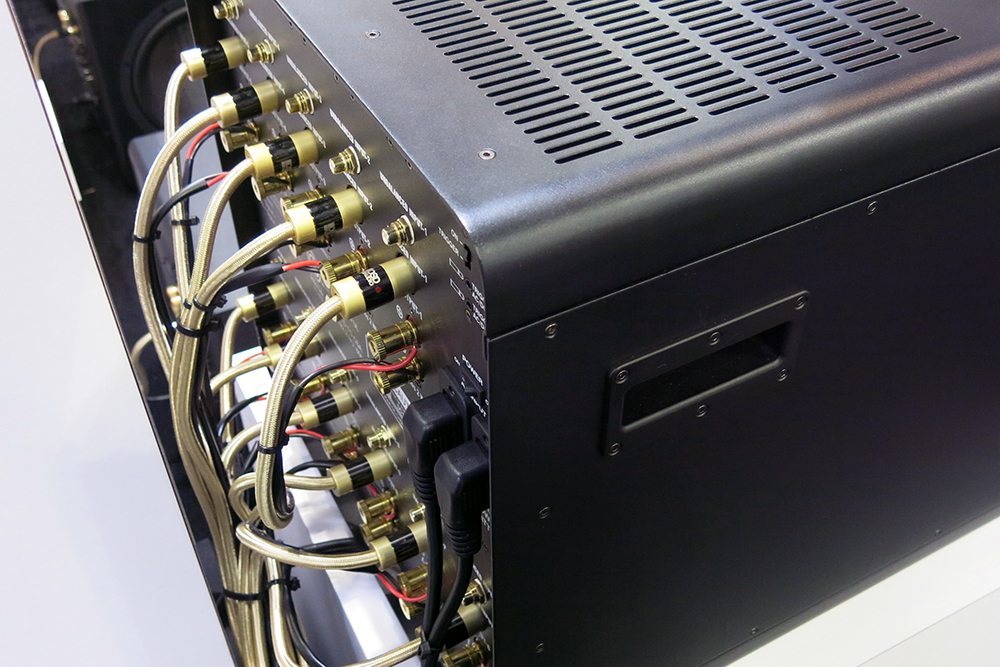 . . . each of the Theatro X11’s dual power cords, seen on the right side of the back panel, must be connected to a dedicated 20A circuit. It’ll still work with 15A circuits, but maximum output will be reduced.