When you have to ask whether the quoted-by-the-manufacturer price of a component is in the hundreds or thousands, you know the audiophile world has gone mad. I'm barely halfway through the first day of CES 2013 and, already, when a company rep told me the price of their loudspeakers was "17," I had to wonder whether it was $1700 or $17,000, because I couldn’t tell for sure. It turned out to be the latter.

The starkest contrast of the price-versus-what-you-get disparity is Sonus Faber and Neodio. Sonus Faber is from Italy, while Neodio is from France, so both companies face the same pricing issues when they sell their products in North America. 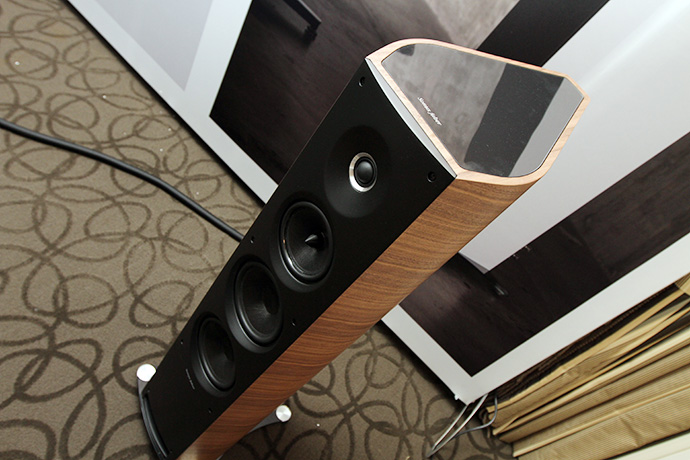 The new Sonus Faber Venere 3.0 is a gorgeous three-and-a-half-way, four-driver floorstander that comes complete with Italian styling in your choice of gloss white or gloss black for $3498 per pair (real-wood veneer will add $500). From outward appearances, this speaker looks like it could cost at least double that price and no one would raise an eyebrow. Sonus Faber has apparently hit upon a formula that consists of designing/engineering in Italy and manufacturing in China, with a result that looks right to me. Although I've yet to hear these speakers -- I hope to tomorrow -- they have tons of promise and simply knockout styling. The right product at the right time by my estimation. 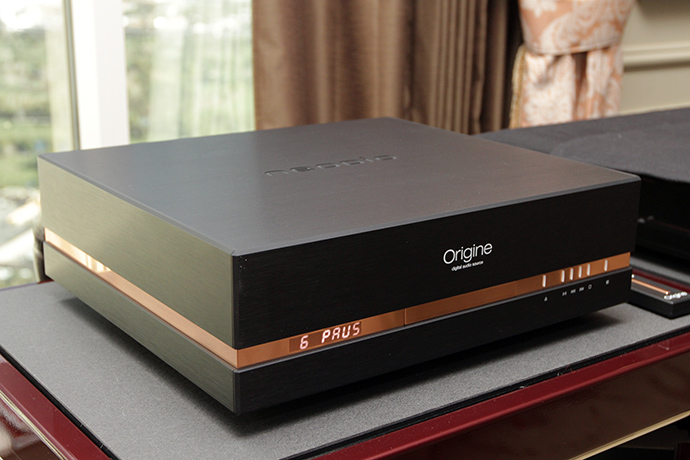 On the other hand, I was astonished when I was told that the Neodio Origine CD player costs $38,000. This is a case where, if the manufacturer had said "38" when asked the price, I would have assumed $3800 (not that the Origine looked cheap or anything -- it looked pretty nice). For the life of me, however, I could not fathom how in the world a CD player in a nice aluminum case with a couple of digital inputs could possibly cost thirty eight thousand dollars. Think about what other things you could buy for that. Have we, as audiophiles, become so jaded with the pricing of some of these products that we have forgotten good sense? Imagine this: handing over a briefcase with $38,000 to a guy and getting a box with a nice CD player in return. Madness.

I know what some people will say -- that I write a column called "The World's Best Audio System" for our Ultra Audio site. I've also reviewed some incredibly pricy gear through the years. But damn, now that I have kids in school and a busy life outside of audio -- you know, the real world -- I'm starting to see how ridiculous much of this stuff is. I love this industry and make a living in it, but I can't help thinking that a segment of it is veering wildly off the tracks while another segment has seen a way to stretch the dollar and exceed expectations.

There are only so many guys willing to plunk down 38 large for a CD player. I know I'm not one of them. But I'm getting a pair of Sonus Faber Venere 3.0s as quickly as the company can get them to my door.