Analog Made Easy -- McIntosh and Rega

If one person called me a hard worker and another said I was lazy, they'd both be right. Certain things I put a lot of effort into, while other things I don't. Insofar as audio goes, turntables are the things I don't like to work hard at -- I don't really like shopping for the individual parts, and I'm not really into setting them up. I leave that stuff to guys like one of our writers, Jason Thorpe, whom I phone for 'table advice when I need it. But if I had to shop for and set up a turntable for myself, I would want the simplest solution, yet I wouldn't want compromises. Impossible? 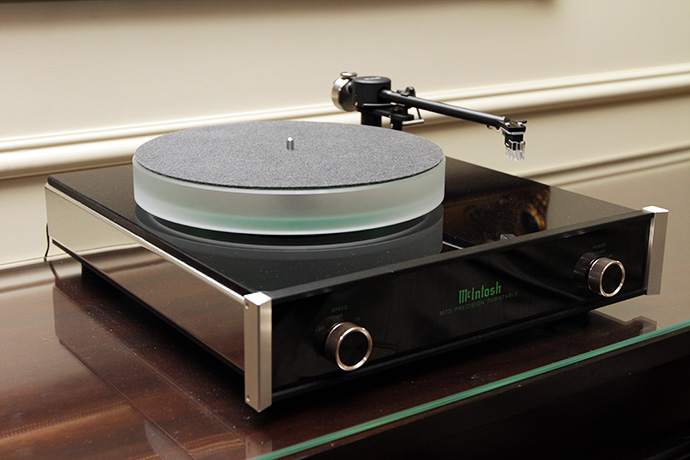 There's no question in my mind that the people at McIntosh Labs and Rega are very aware of folks like me, and they're willing to work with my kind to offer great all-in-one solutions that appear to have little, if any, compromises. At CES 2013 McIntosh Labs introduced the MT5, which is priced at $6500 and includes pretty much everything: turntable, tonearm, and cartridge. Supposedly it's super simple to set up, which I obviously like. Plus it looks great -- that classic McIntosh appearance with some modern flourishes that give it real appeal. 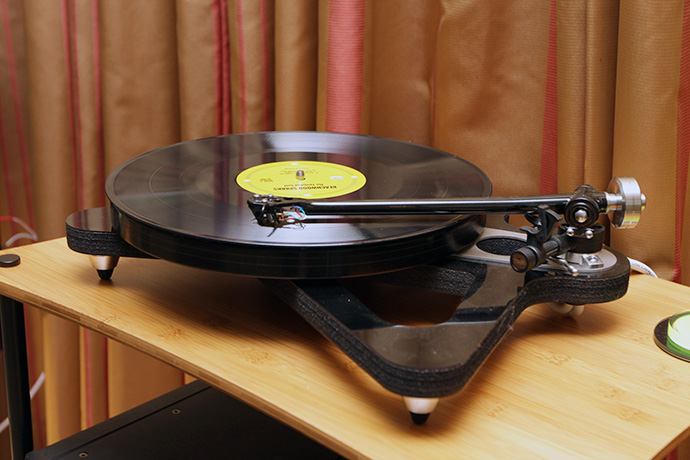 Rega introduced the RP-8, which is priced at $3995 for the whole kit and caboodle, including interconnects! There's even a special base that goes around it to support the dust cover (not shown). Purportedly, one of the main design goals with the RP-8 was to be able to have the whole thing unboxed, set up, and playing within 20 minutes. Frankly, I'd have preferred if they aimed for two minutes, but 20 will certainly suffice since the entire process appears to require very little thought or effort. Or another way to put it: it's simple. Like the MT5, the RP-8 is rather cool looking. What more could you ask for?

Given the "vinyl resurgence" that's been going on for several years now -- and that's showing no signs of letting up -- there are bound to be more and more lazy folks like me getting into vinyl, and they'll want a quick, easy, painless solution. Why should companies ignore analog sloths? Lucky for us, they don't -- companies like McIntosh and Rega are making analog easy with little compromise so everyone can enjoy the splendor of LPs and superior-sounding hi-fi.