Officially, we’re only one day into CES as of this writing, but already I can spot a clear trend: a renewed focus on earphones. Much of it appears to be because companies want to get in on LG’s surprise success with its Tone line of neckband-style wireless earphones. And some of it seems to be driven by nothing more than a simple striving for better sound at lower prices. Here are some of the most interesting new earphones I’ve seen so far at CES. All prices in USD. 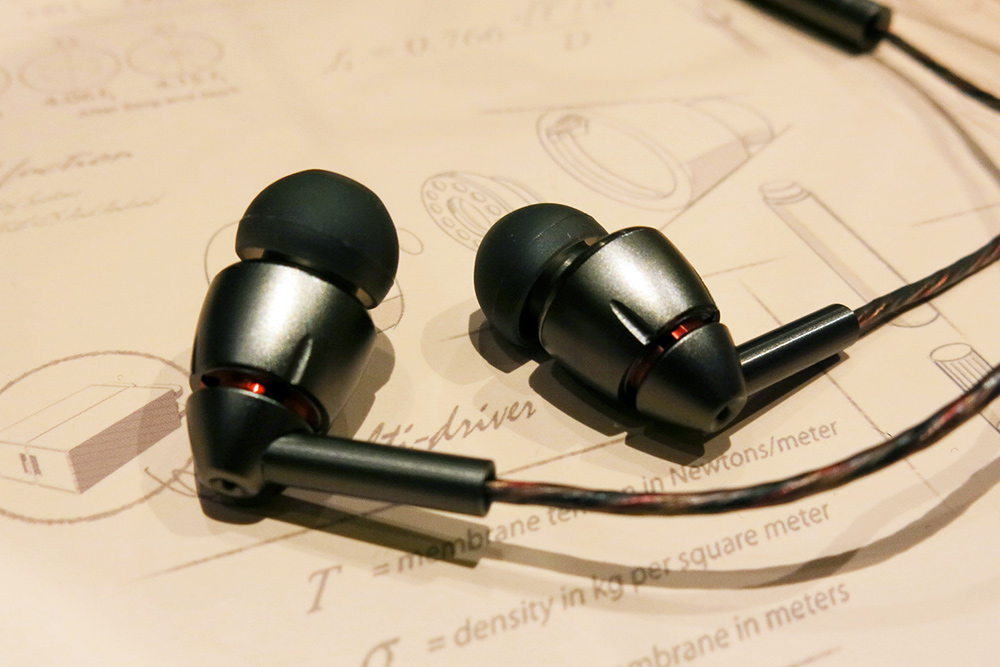 Last year 1More proved that inexpensive earphones, such as its acclaimed $99 E1001 triple-driver model, can sound great if carefully tuned. This year 1More is upping the ante with its new E1010 quad-driver earphones. Each earpiece incorporates a single dynamic driver and three balanced-armature drivers, in what the company says is a unique geometry. An extra-large sound tube is said to accommodate the four drivers without constraining their acoustics. The price is just $169. 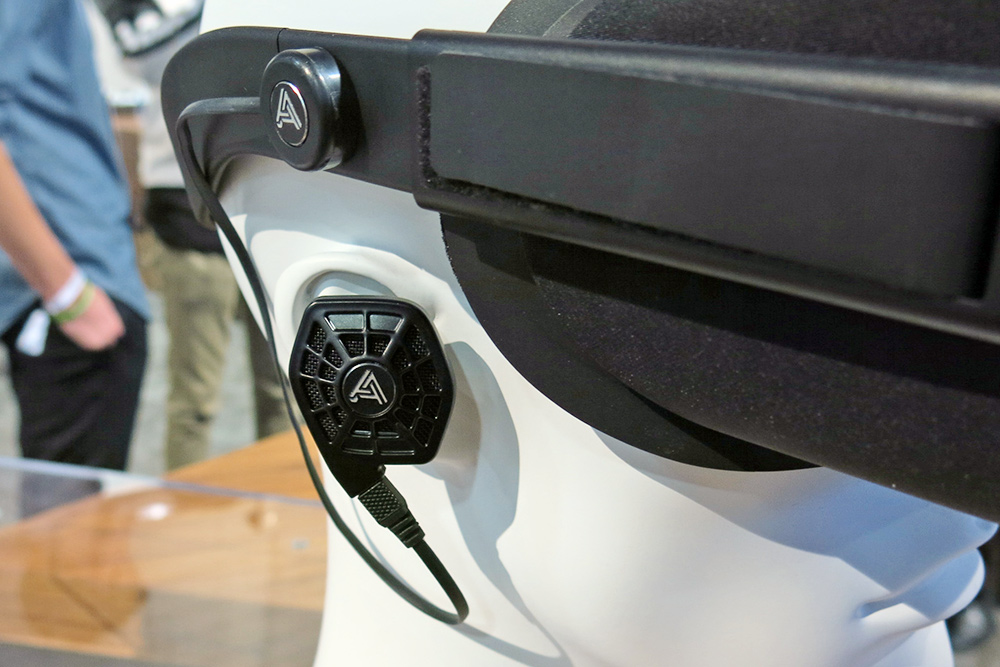 Even though I’m still waiting for a review sample, I’m already confident that Audeze’s iSine planar-magnetic earphones are the most important new earphones of 2016. The $399 iSine VRs are basically the iSine 10s (the entry-level model in the iSine line) with several sets of cables said to make them compatible with all the leading virtual reality headsets on the market. 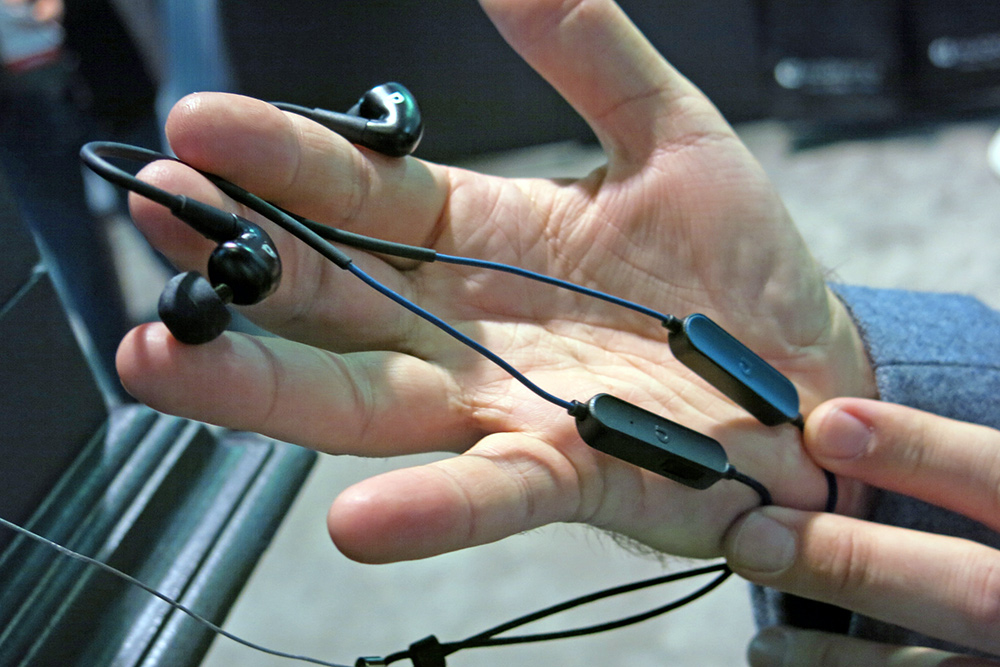 Audiofly took what seems a wise direction in the creation of its new AF100W Bluetooth earphones: it combined the AF100s, its entry-level, dynamic-driver professional monitor earphones, with a couple of tiny inline modules that incorporate the Bluetooth receiver, the amps, and a rechargeable battery. The $149 model is said to have a neutral voicing. “Our only goal was to try to get good sound from Bluetooth,” Audiofly CEO Dave Thompson told me. Those who want a bassier balance can opt for the $129 AF56W earphones. 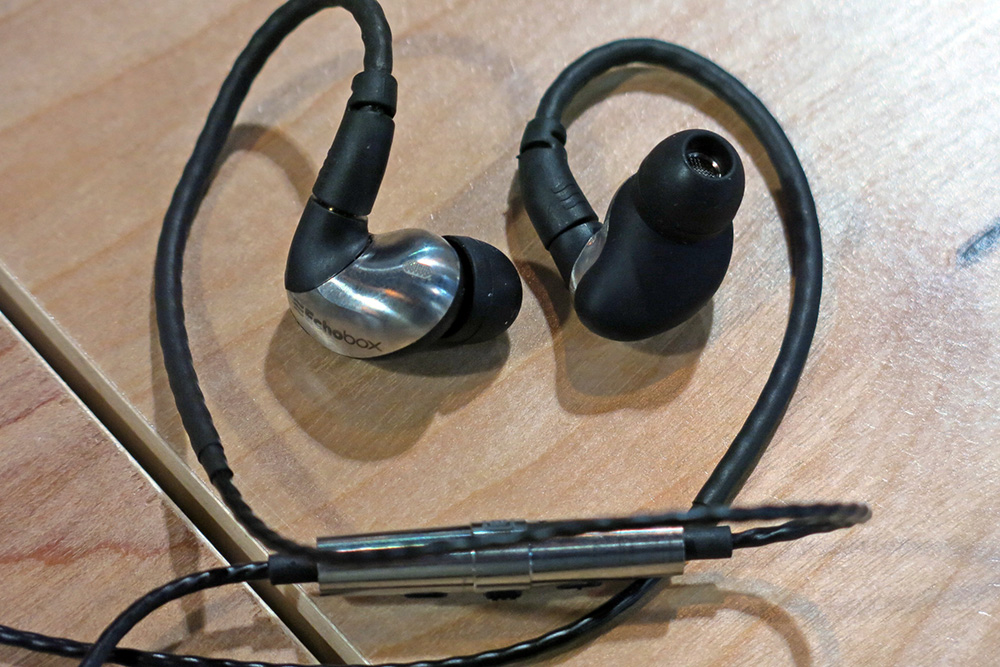 In the span of a few months, Echobox has gone from next to nothing to making a serious bid to become a major player in the headphone biz, if the company’s large CES booth and greatly expanded product line are any indication. The $399 Nomads are Echobox’s new top-of-the-line earphones, with each earpiece having a titanium enclosure and a single dynamic driver using a PEEK (polyetheretherketone) diaphragm. According to the company, PEEK allows the dynamic driver to deliver the delicate highs of a balanced armature with the commanding bass of a good dynamic driver. 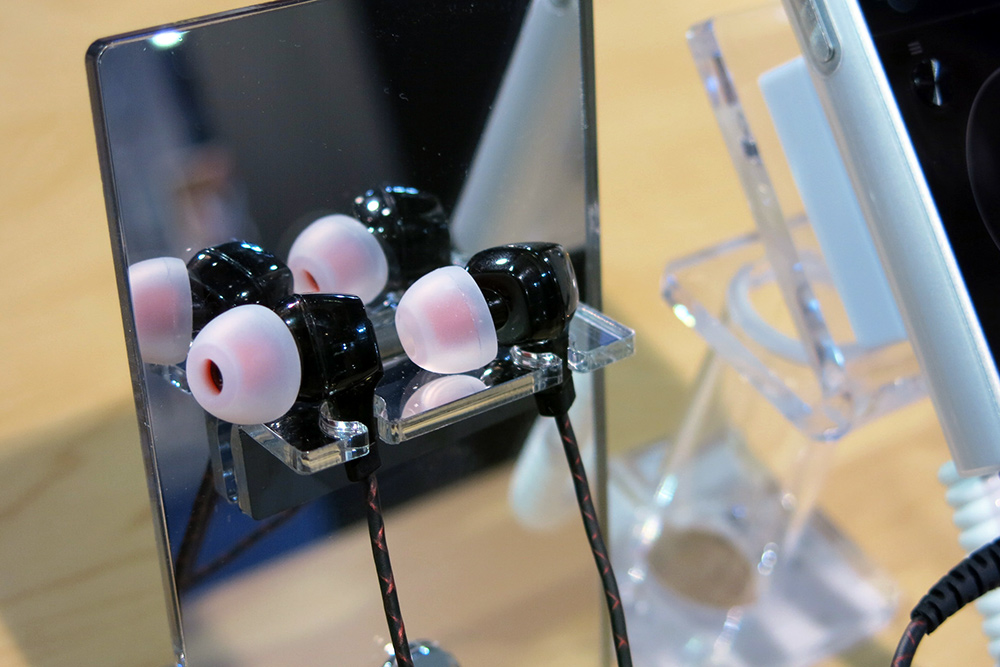 At $14.99, Fiio’s F1 earphones are priced like a cheap set of dynamic earphones you’d pick up at a truck stop out of sheer desperation. But they sure don’t sound like cheap earphones. I was shocked to hear how flat and neutral the F1s sounded, with none of the tizziness and/or boominess so common to cheap earphones. Incredibly, that price includes an inline remote/microphone. These might just replace the Panasonic ErgoFits I keep in my car as the “emergency” earphones in case I forget to bring headphones on a road trip. 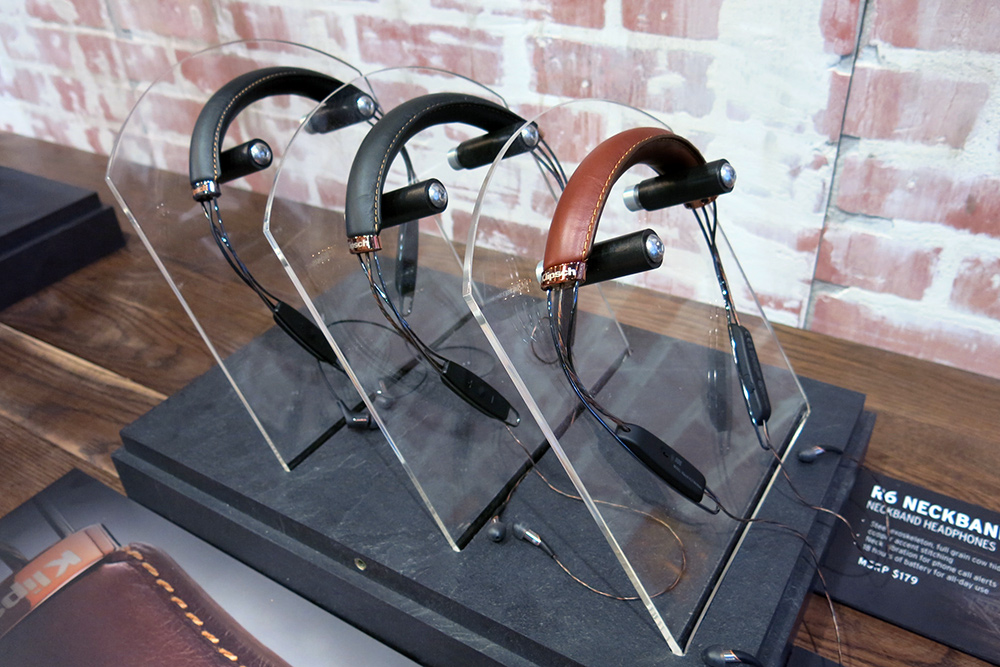 Klipsch’s new Neckband Bluetooth earphones are a more elegant, refined take on LG’s Tone neckband earphones. They feature stitched-leather neckbands with ends made from springy steel rods said to withstand an accidental stomping. There are two models, both based on existing Klipsch earphones, and both including a set of medium-sized Comply foam eartips in addition to the standard silicone tips. The $179 R6 Neckband earphones (far left) are based on the R6 dynamic-driver earphones, while the $399 X12 Neckbands (at center and right) are based on the X12i balanced-armature earphones. 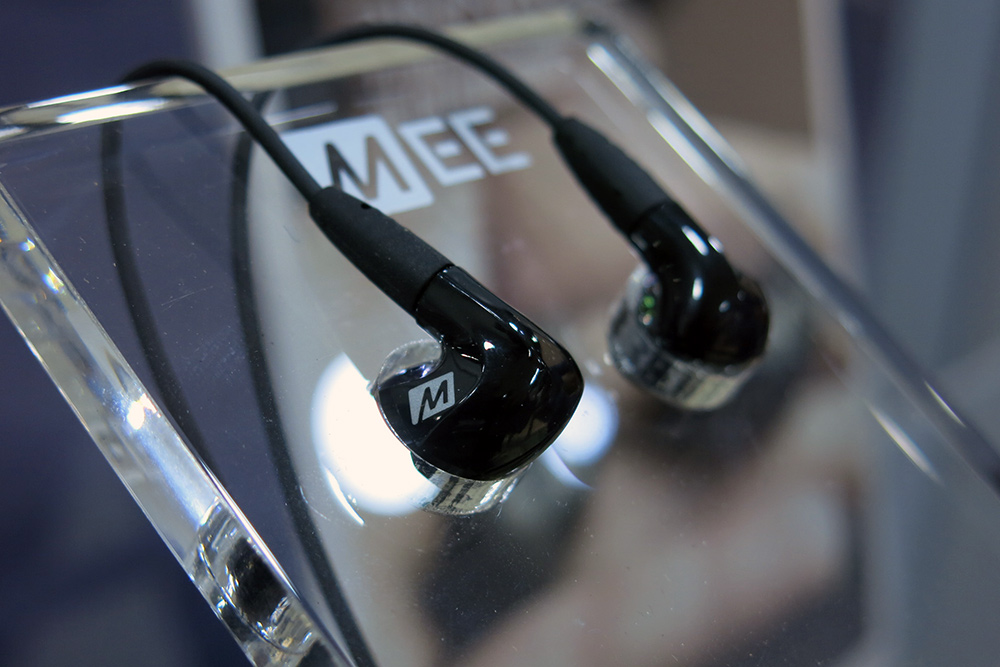 MEE Audio’s $199 Pinnacle P1 earphones, which I featured in last year’s CES report, sold well among audiophiles, but some bristled at their price and the fact that they demanded the use of an amp or a good portable music player. The new P2 earphones answer those objections with a lower price, higher sensitivity, and a somewhat warmer tonal balance. Considering the P2s include Comply foam tips and detachable cables with MMCX connectors, the $99 price looks like a pretty good deal. 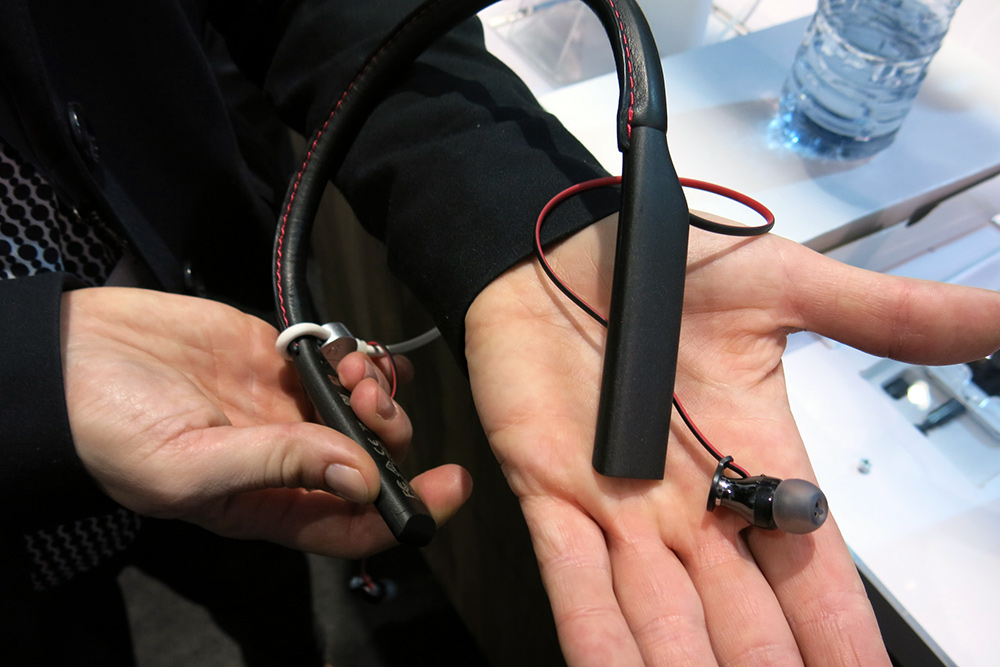