For frequent flyers like me, the most welcome trend in headphones at CES 2017 was the emergence of many models in the $200 price range combining active noise canceling with Bluetooth wireless capability. Previously, this combination of features typically ran the price up to $400 or more. Here are the new noise-canceling models I saw at CES, with all prices listed in USD. 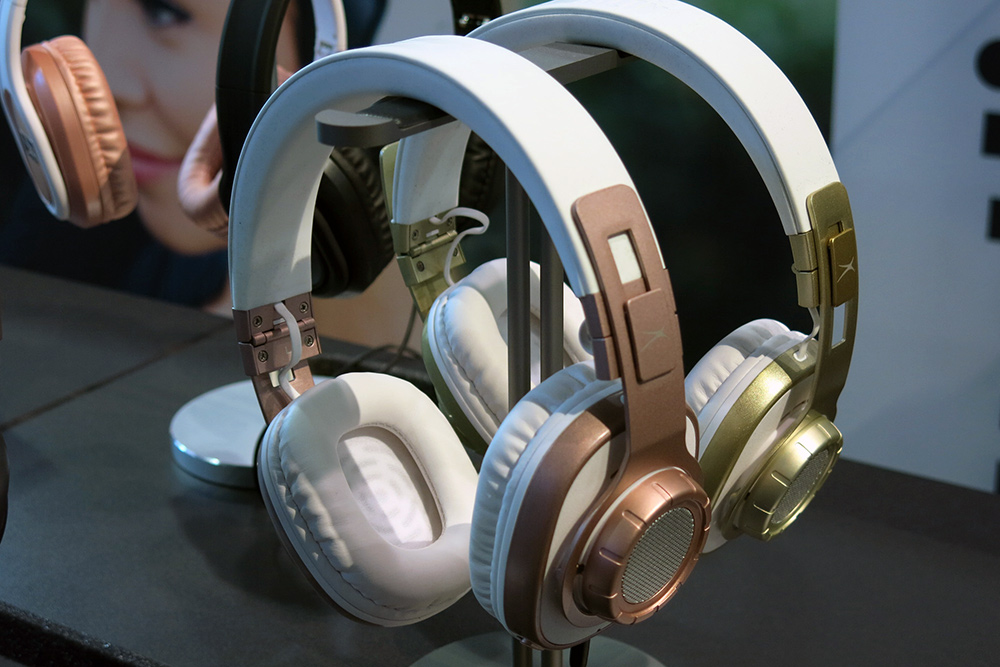 Don’t worry, guys: Altec Lansing’s Lux ANC headphones ($149) also come in black, along with the froufrou colors shown here. The Lux ANCs feature active noise canceling and Bluetooth, and are the first over-ear headphones I can remember seeing that include a charging case. When you put them in the case, the headphones’ battery will automatically recharge from the battery built into the case. 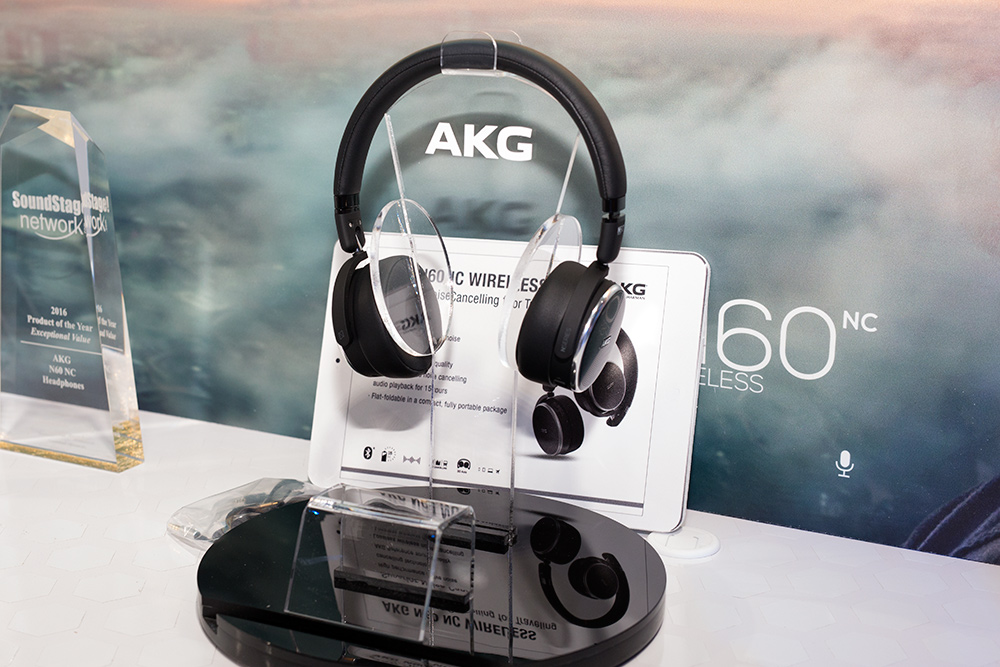 AKG introduced a wireless version of the headphones that won a 2016 SoundStage! Network Product of the Year award in the Exceptional Value category. The new N60 NC Wireless headphones ($299) feature noise canceling and Bluetooth connectivity. They also fold flat for easy portability. Thicker earpads and lighter clamping force make the new model more comfortable than the original. Although this could change the sound, an AKG engineer I spoke with told me the new model’s tuning would be very similar to the original. 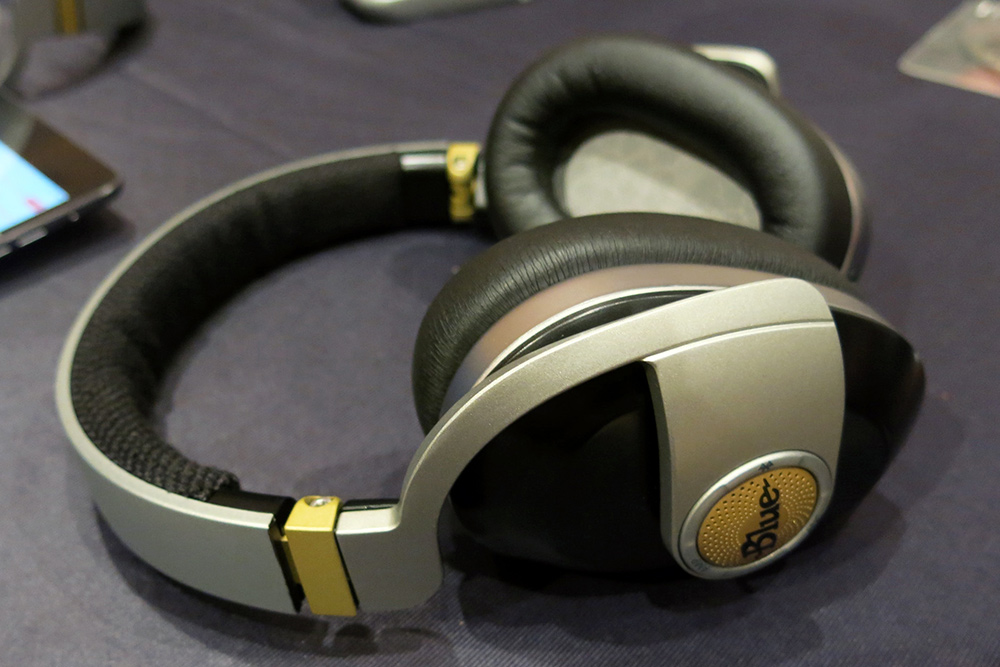 The Satellites are the first headphones from Blue to incorporate Bluetooth and noise canceling. What makes them unique is that instead of simply feeding a noise-canceling signal (an inverted and filtered signal from the headphones’ built-in ambient noise microphones) into the same driver that plays music, they use separate drivers for music and for the noise-canceling signal. While I can see potential technical upsides and downsides to this approach, the Satellites did cancel much of the noise of the crowded Digital Experience event where I saw them, and in my brief listen they seemed to sound pretty great. Price is still TBD. 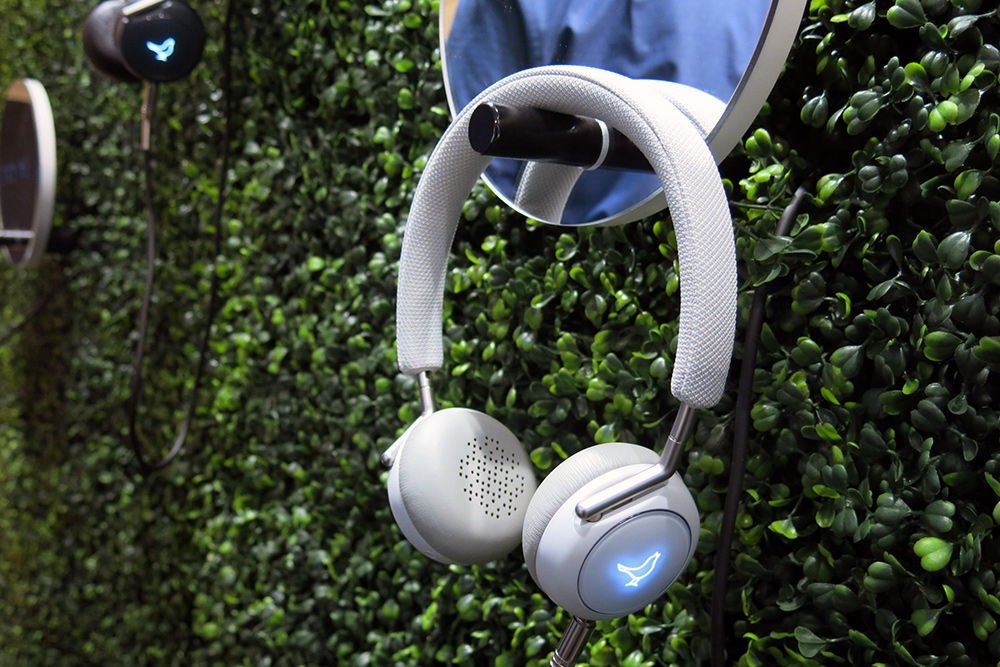 Libratone’s Q Adapt on-ear wireless headphones ($249) combine Bluetooth with multimode noise canceling. Two levels of noise canceling are available, and the NC can also be defeated entirely. Another mode uses the microphones from the noise-canceling circuitry to let you hear sounds around you. Cupping a hand over the right earpiece automatically mutes the output for times when you need to hear conversations or announcements. 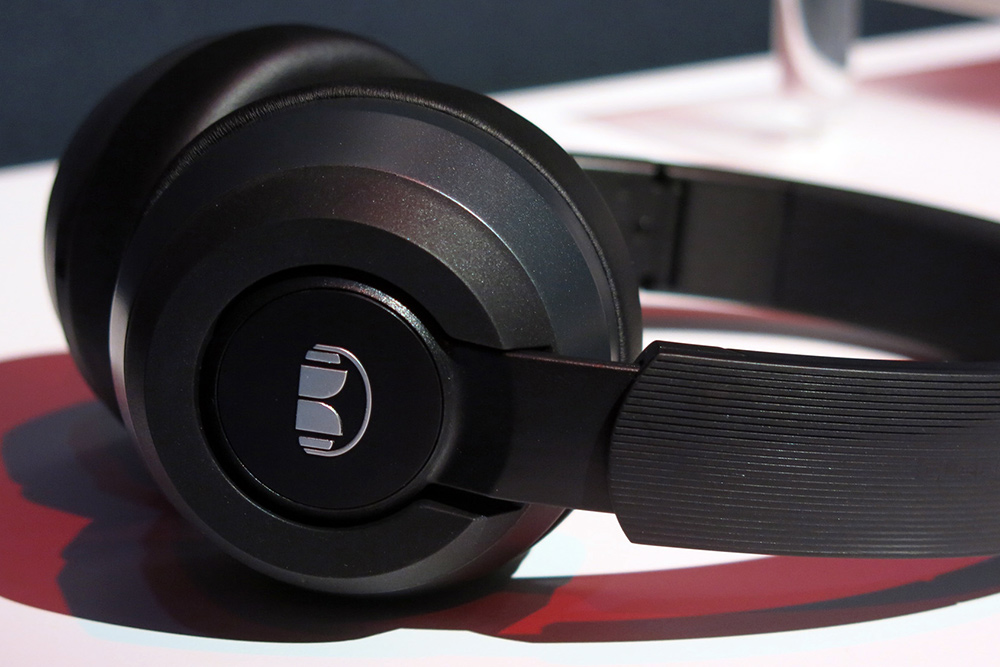 According to Monster’s James Peterson, the company has been wanting to introduce modestly priced headphones with Bluetooth and noise canceling for a while, but the recent emergence of chips with better-sounding noise-canceling functions finally made the Clarity Bluetooth with ANC ($199) possible. The headphones are a straightforward, compact on-ear design that folds up nice and small for easy transport. 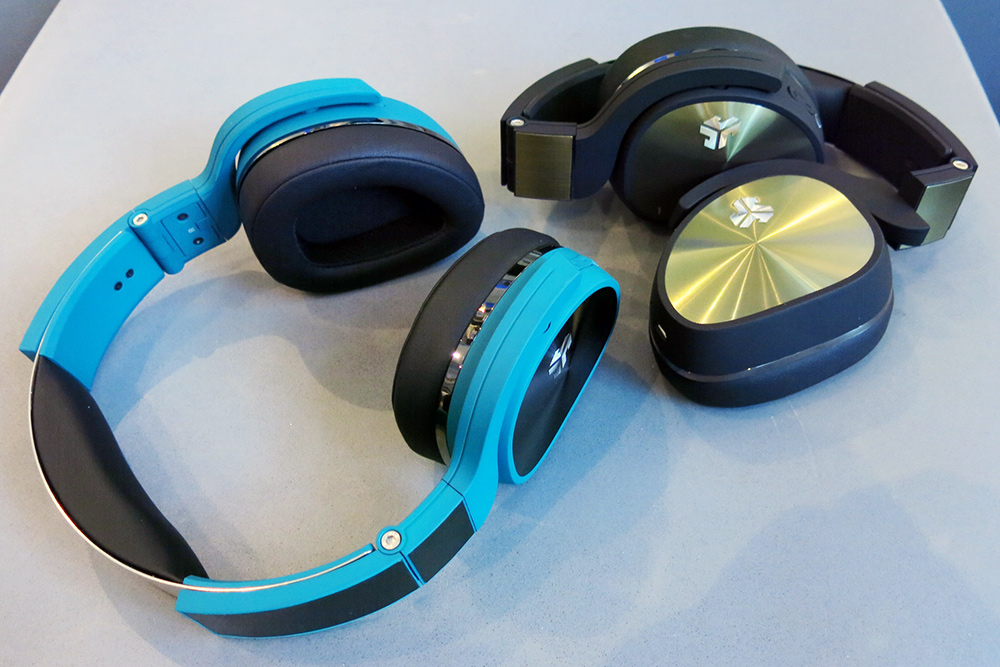 Along with the Altec Lansing Lux discussed above, JLab’s Flex headphones are among the first high-quality (i.e., non-flimsy) over-ear headphones I’ve seen to offer Bluetooth and noise canceling for just $149. Rated battery life is ten hours with NC and Bluetooth running, or 30 hours with just Bluetooth, and 60 hours with just NC. Memory foam on the earpads and headband makes the Flexes comfortable. 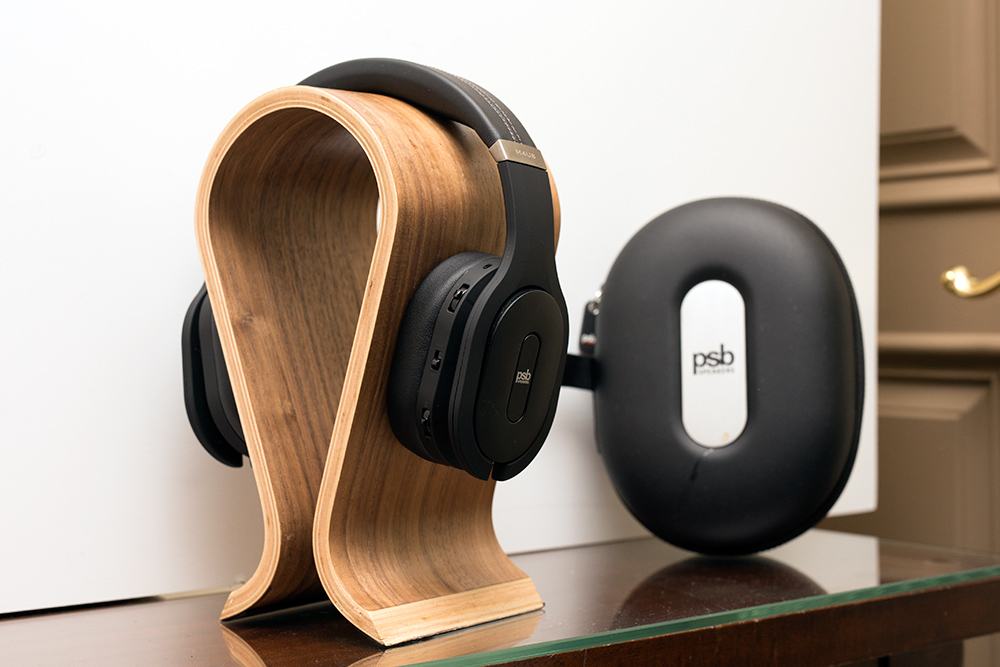 The M4U 8s add Bluetooth wireless capability to PSB’s acclaimed M4U 2 headphones, but the price is the same: $399. Although some internal adjustments had to be made to accommodate the Bluetooth electronics and larger battery, PSB’s Mark Stone said the sound will be tuned to match the original model, complete with PSB’s RoomFeel voicing. As with the M4U 2s, the M4U 8s can be used in wired passive, wired active, and wired NC modes -- plus, of course, in Bluetooth mode with or without noise canceling. 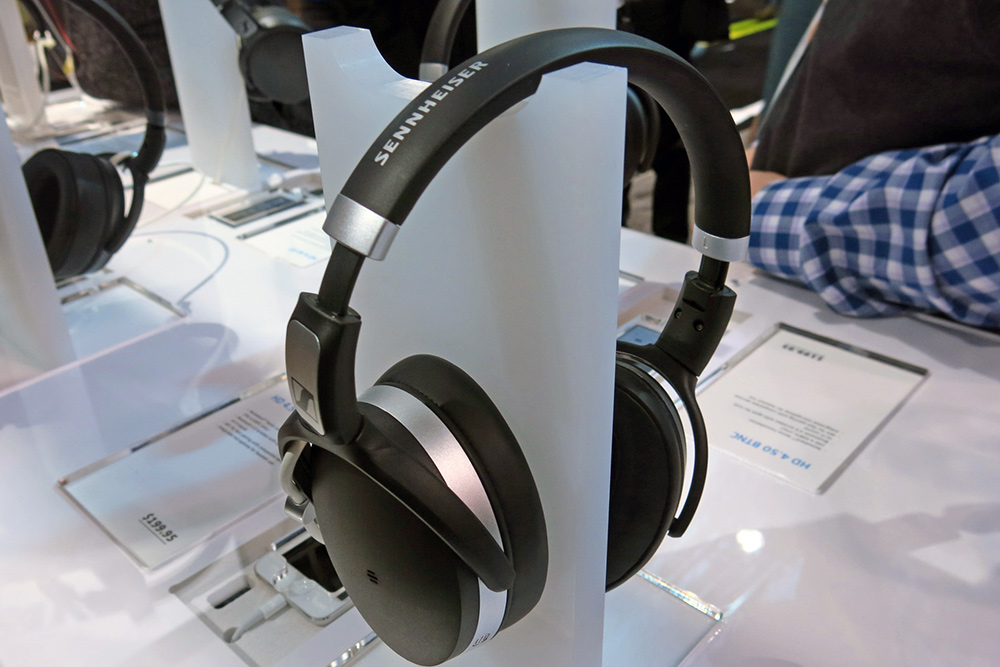 It came as a shock to see a $199 price tag on a Bluetooth/noise-canceling headphone from Sennheiser. The HD 4.50s are a basic over-ear design with a form factor similar to the popular Bose QC35. The HD 4.40s cost $50 less and omit noise canceling. 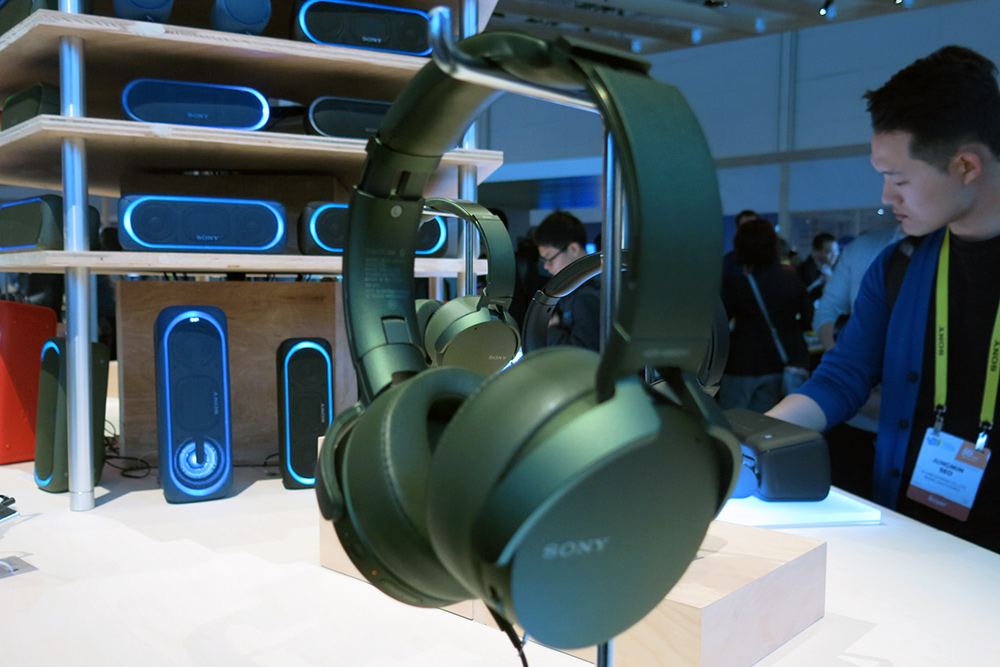 Don’t roll your eyes when I tell you that Sony’s MDR-XB950N1s ($249) have internal bass-boosting circuitry, because despite the boosted (but not boomy) bass, the headphones delivered clear mids and treble. Bluetooth and noise-canceling functions are included, along with a smartphone app that lets the listener customize the bass level and the soundstage width.