Brand new product introductions for audiophile-type electronics at this year’s CES were relatively few and far between, but scouring the halls of the high-end exhibits at the Venetian and visiting some other manufacturers at off-site locations, I was able to find a few more significant product debuts. All prices in USD. 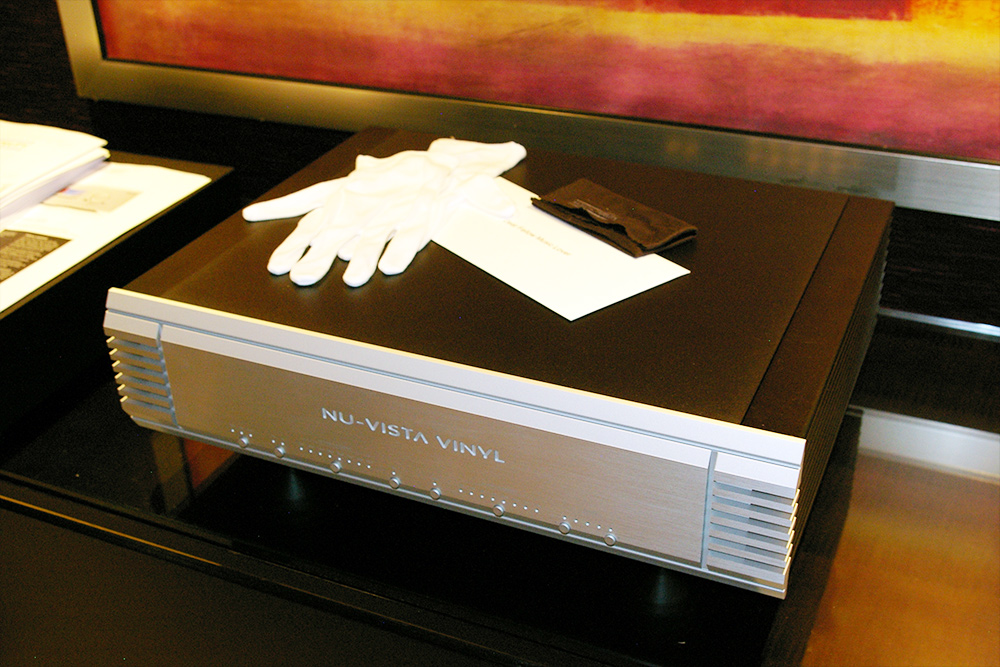 The UK’s Musical Fidelity has added a phono stage to its NuVista line of products, which feature Nuvistor tubes. The reference-level NuVista Vinyl has five inputs that can each be set independently for MM or MC, and eight settings for both input resistance and capacitance. Not only that, but each gain stage and channel has its own power supply, which means it has a total of ten supplies! The front panel is machined from a solid aluminum billet, and the side panels are low-inclusion extrusions finished in an ultra-fine lacquer. The NuVista Vinyl sports a lot of features, but it’s priced at an affordable $3000 and will be available later in January. 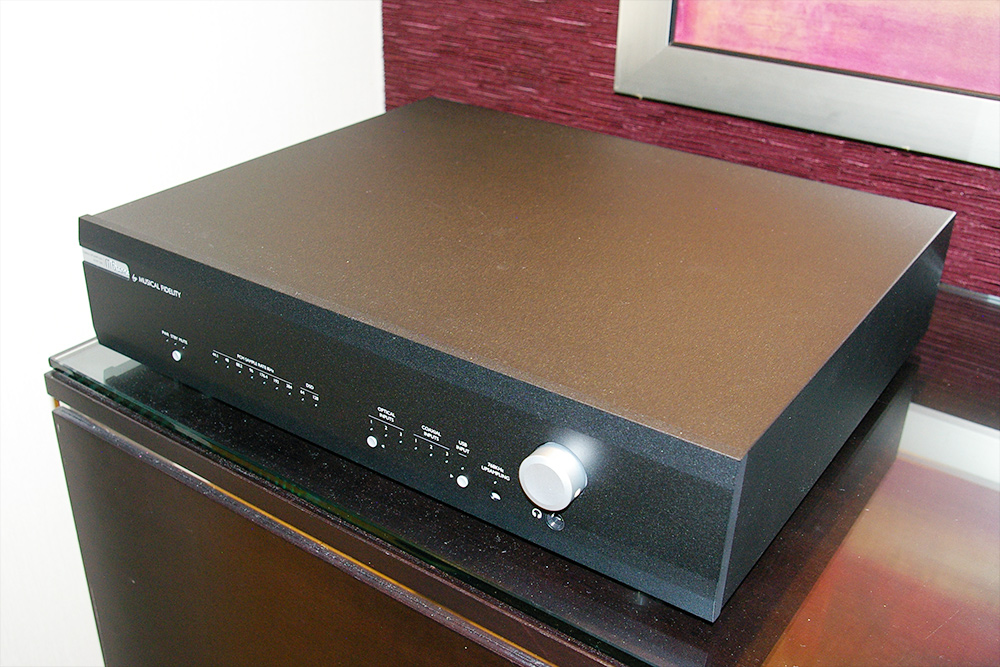 Also new to Musical Fidelity is the M6 SDAC digital-to-analog converter. It has one USB, three RCA coaxial, and three optical digital inputs, as well as single-ended RCA and balanced XLR outputs. All incoming PCM digital signals are upsampled to 32-bit/768kHz. The M6 SDAC also supports DSD up to DSD128. The output levels can be fixed for use with a preamplifier or variable for direct connection to a power amplifier. There is also a headphone output that is said to be of very high quality. The M6 SDAC is priced at $1699. 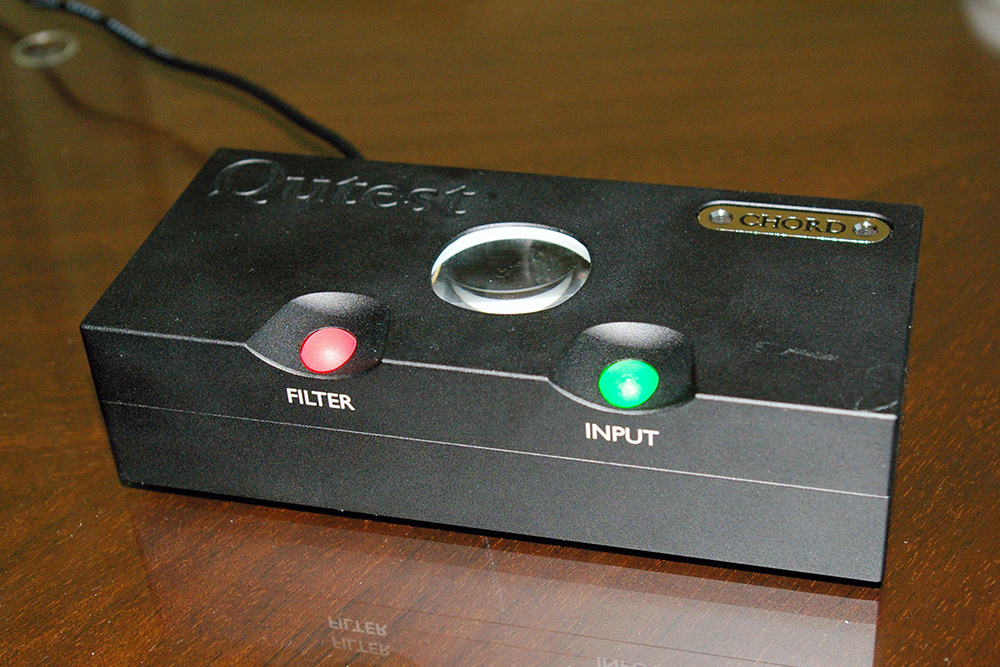 UK manufacturer Chord Electronics introduced the Qutest DAC, which the company describes as “the most advanced compact DAC on the planet.” In fact, the DAC architecture of the Qutest is based on that of the more expensive, highly regarded Hugo 2. And like the Hugo 2, it’s machined from a solid aluminum billet. As with all Chord DACs, the Qutest utilizes the company’s custom FPGA (field-programmable gate array) circuitry, which is claimed to have 750 times more computing power than a standard DAC chip. Programmed into the FPGA are Chord’s proprietary WTA (Watts Transient Aligned) filters. The Qutest supports PCM sample rates from 44.1kHz to 768kHz and DSD up to DSD512. It has . . . 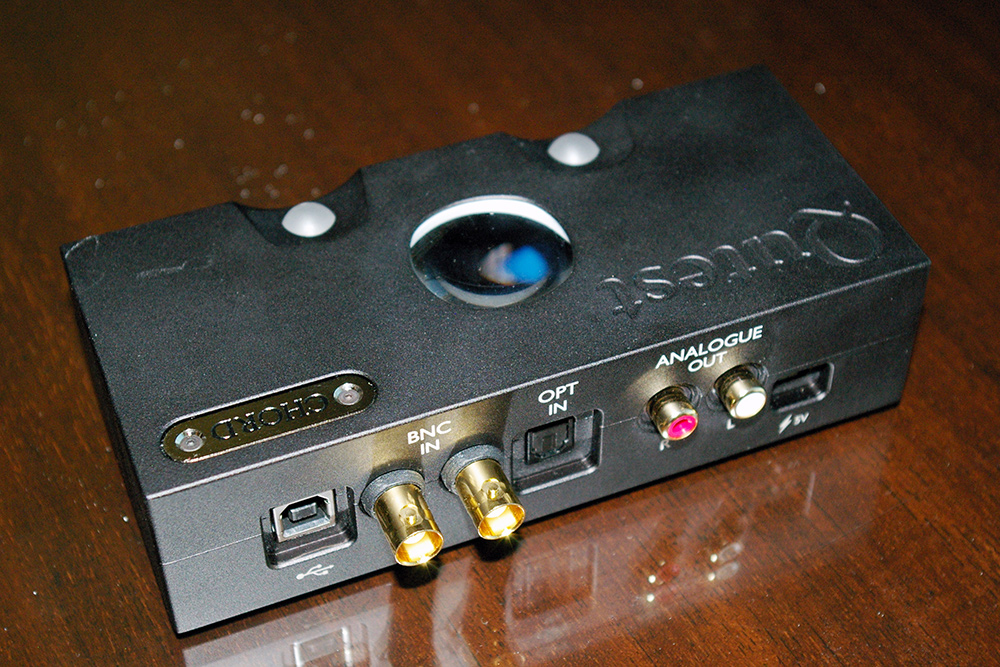 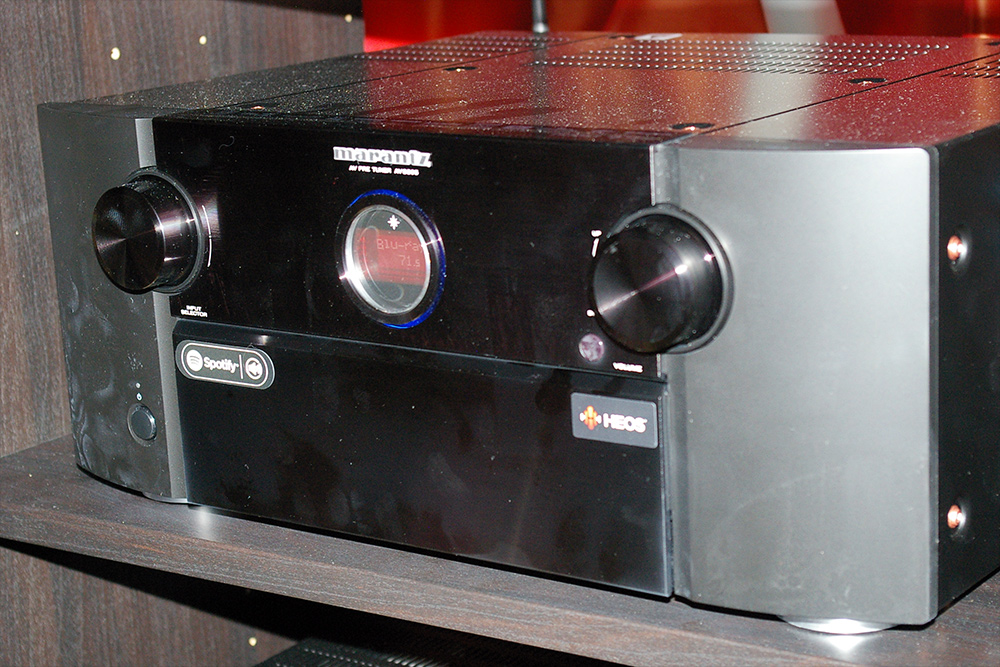 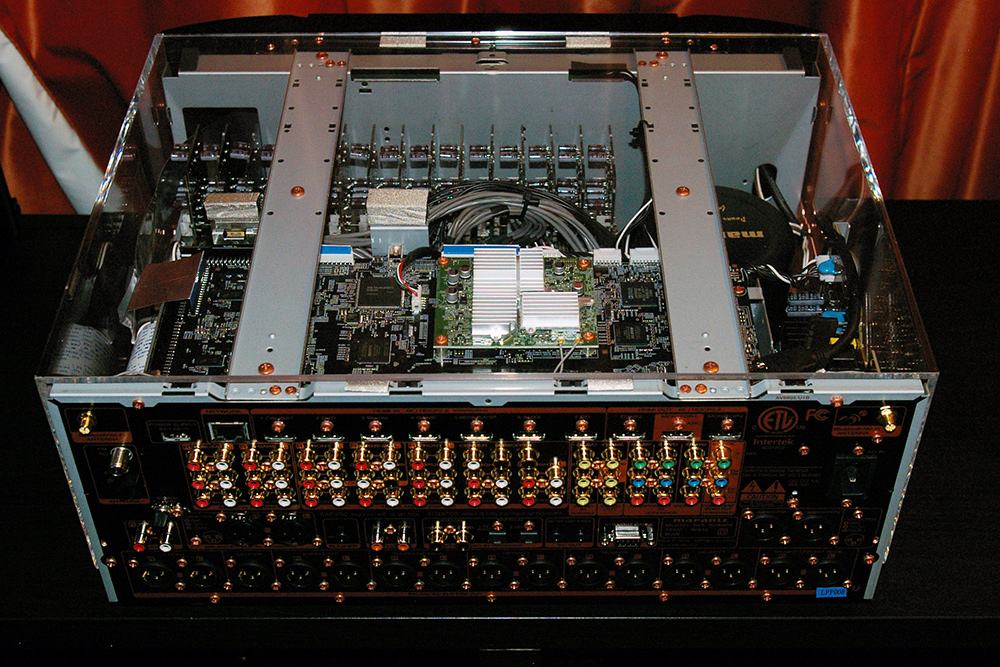 . . . up to 13.2 channels of amplification. Highlights of the processor include AKM AK4490 32-bit/192kHz DACs on all channels; built-in Bluetooth, Wi-Fi, and AirPlay support; HEOS wireless multi-room streaming with support for Amazon Alexa and Audyssey MultEQ XT32; and compatibility with most, if not all, of the latest audio and video formats. The AV8805 is priced at $4500 and is expected to ship at the end of February. 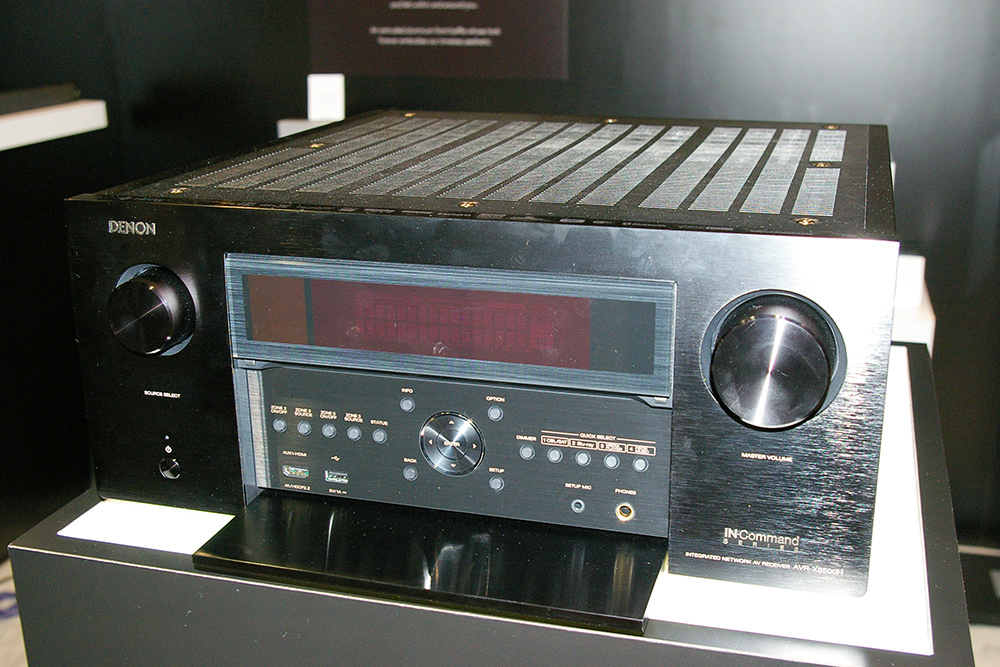 While sister company Marantz debuted a 13.2-channel processor, Denon introduced a 13.2-channel receiver, the AVR-X8500H. Similar to the Marantz AV8805, it features Amazon Alexa, AirPlay, and Audyssey MultEQ XT32 support. Power output is rated at 150Wpc for two channels driven into 8 ohms. Denon intends to have the AVR-X8500H support the HDMI 2.1 specification with future hardware and software upgrades. The AVR-X8500H will be available in North America later in January for $3999 in black or a limited-edition silver finish. 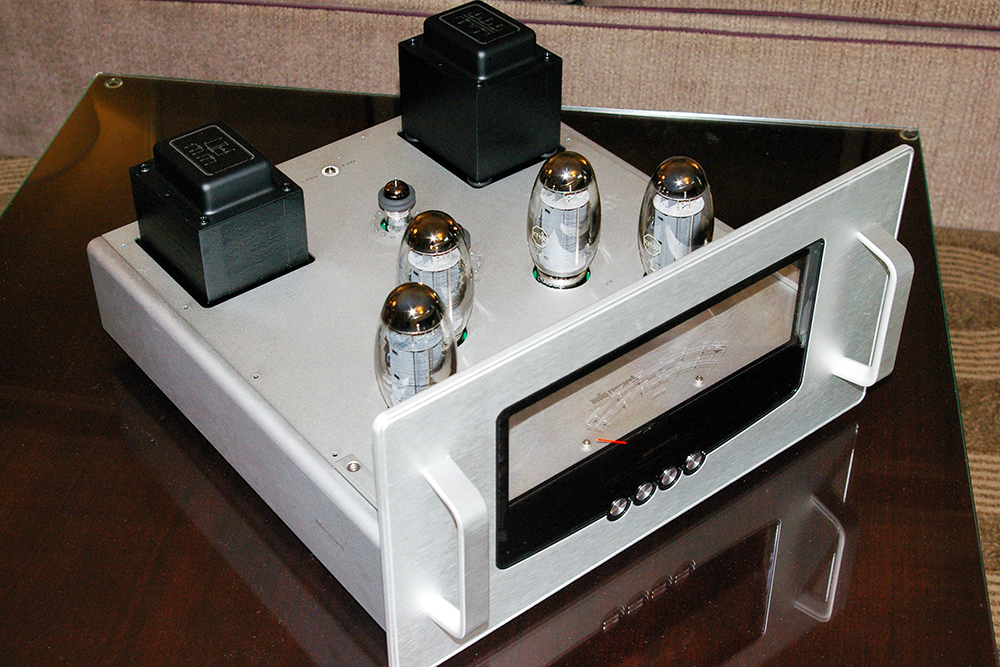 The new Reference 160M mono power amplifier was on static display in Audio Research Corporation’s suite. Its cosmetics match those of the company’s recent products, such as Foundation components. But there are also some new twists here. The 160M utilizes four KT150 tubes and is switchable between pentode and triode modes. The power supply is taken from the company’s Reference 250 SE amplifier, while the new audio circuit topology has been designed for the fewest components and the shortest signal path in order to improve fidelity. A cool feature of the 160M is . . . 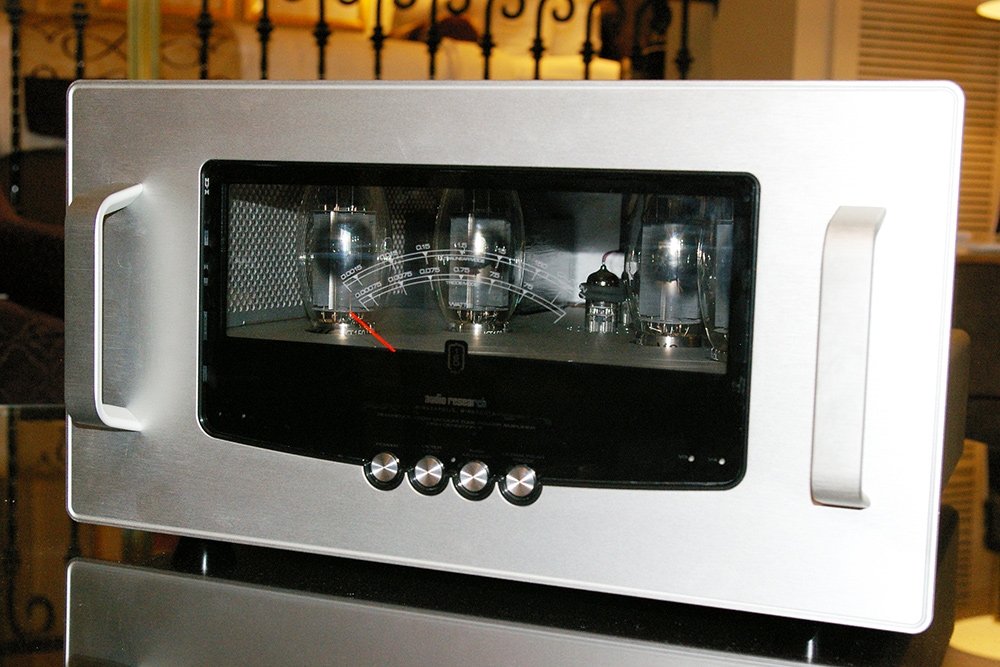 . . . the VU meter on the front of the faceplate, which has the level markings etched directly onto its glass panel. These markings are visible enough, but can also be made to light up. The 160M’s power rating has yet to be determined, but look for it to be in the range of 150W (8 or 4 ohms). The Reference 160M is estimated to become available at the end of March or early April at a price of $30,000 per pair.