More Than U Can Imagine

Rarely do I hear anything at a show that makes me sit up and take notice like the PSB Imagine Mini did. But after hearing it, I couldn't wait to get back to my SoundStage! Network colleagues and tell them how good PSB's new Imagine Mini sounded.

"That thing sounds f'ing amazing!" I exclaimed to anyone who would listen. Nobody did, so I said it twice as loud and then grabbed Jason Thorpe off the casino floor. He was just as impressed.

Powered by a relatively inexpensive stack of NAD electronics that consisted of a C 565BEE CD player ($799), C 165BEE preamplifier ($899), and a C 275BEE stereo amplifier ($1199), the diminutive, nicely built Imagine Minis were throwing up a huge soundstage and producing some decent bass along with a very smooth, natural sound. 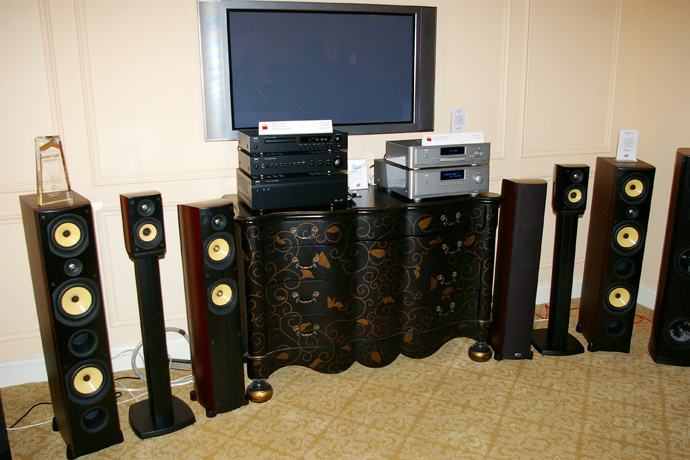 The Imagine Mini is the smallest speaker in the picture above. It's priced at $699 per pair and is available in a variety of finishes. Judging by the sound produced, I'm sure most people would have guessed that it was one of the larger floorstanders being played. According to designer Paul Barton, the Imagine Mini is down about 10dB at 50Hz, which is impressive for such a small bookshelf speaker that features only a 4.5" bass/midrange driver. No doubt, that decent bass extension accounts for the Mini's big sound. 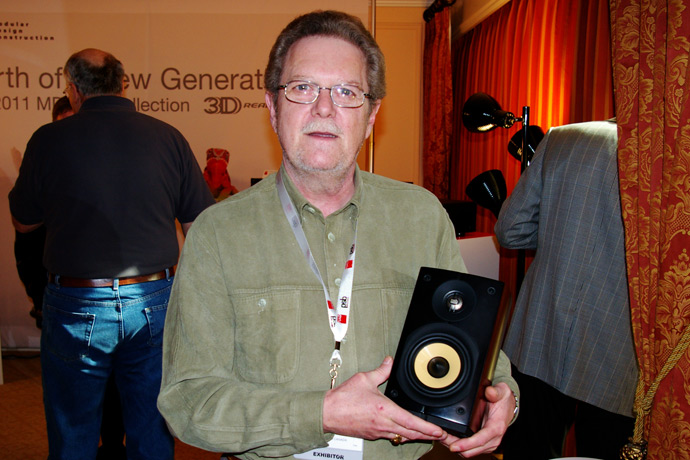 So how does Barton get all that sound out of such a tiny speaker? He says that to increase the excursion capability of the bass/midrange driver, in addition to the normal magnet, there is another neodymium magnet on top of the pole piece to increase the magnetic strength. He also says that the dispersion of the speaker is very uniform with very little lobing, which is achieved by placing the drivers very close together and adjusting the crossover optimally. 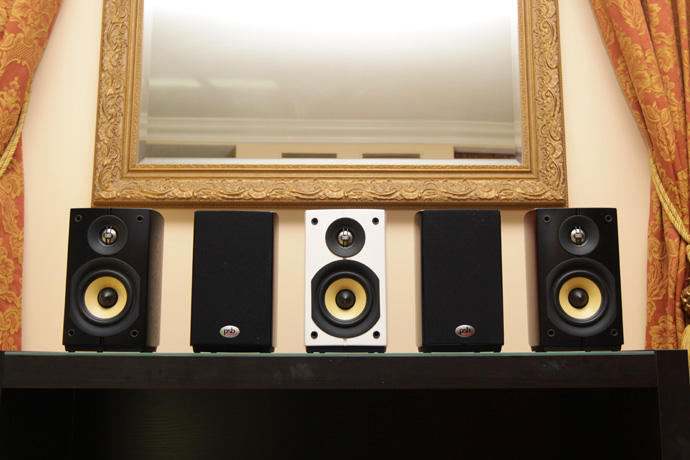 Barton played back one of my current reference tracks for a live recording, "Keith Don't Go" from Nils Lofgren's Acoustic Live, and in many ways, it sounded as good as I've heard from much more expensive loudspeakers that I've recently had in my system. I can't wait to get a pair of Imagine Minis in for review.