What It Takes to Be a Q

There was a time, in the not-too-distant past, when small speaker companies could not compete in specific aspects of loudspeaker design with large speaker companies. For instance, even five years ago it was almost impossible to find a specialist high-end speaker manufacturer that designed its own drive units. When I say "design," I don’t mean using modified drivers (or ordering custom drivers to spec or having a name stamped on the chassis by the OEM), I mean drivers engineered from the ground up by the company for the company. That's not to say that good results can’t be had having someone else do that work. But wouldn’t a company always be limited, to even a small degree, because they aren’t in complete control of their project? With recent advances in computer simulation software along with some highly specialized in-house engineering, a number of small companies are now operating on a world-class level in every aspect of the design process, including driver design.

High-end speaker making has officially graduated from its hobbyist roots.

Magico and their latest speakers are a great example. Magico's Q series house the company's fourth-generation drivers, all engineered in-house by Yair Tamman, the company's chief technical officer and resident physicist. This includes not only the midrange and bass drivers, but the tweeters, too. Controlling this critical aspect of loudspeaker design is no doubt one key to the sound of the Q-series speakers. Magico claims that they can engineer and manufacture exactly the driver they need for each application without having to resort to what a third-party company has available or can do for them. Impressive. 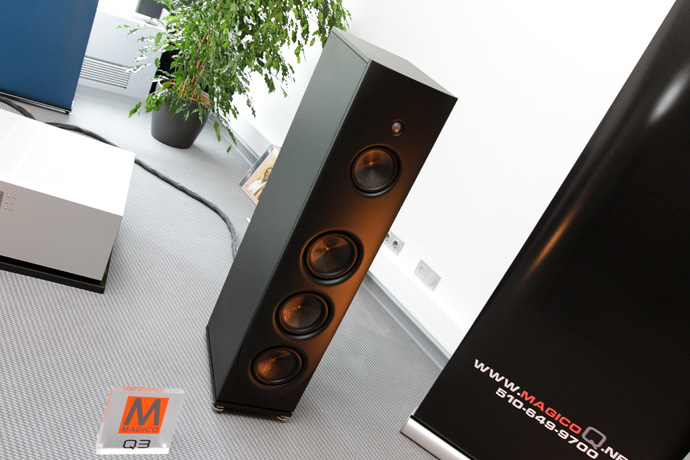 The results at High End 2011 were sonically striking. The Q3s (38,000€ per pair) reproduced music with an amazing degree of transparency, along with transient response that was shockingly crisp. The Q3's ability to precisely track the signal was just something else. 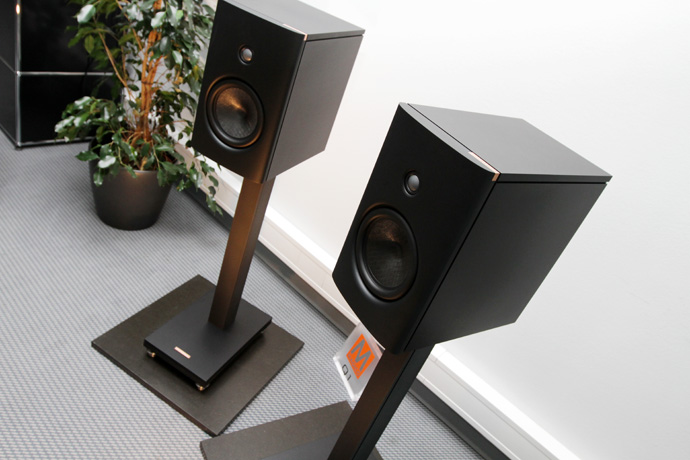 The smaller Q1s (28,000€ per pair with integral stand) weren't playing while we were in the Magico room, but I was told the same driver-development process responsible for the Q3s was used in the newest, littlest Magico.

High-end audio may have been born in the garage, but in the case of Magico it's now fully in the lab. And that's making music reproduction much better.