Devialet for the Masses

Devialet's Manuel de la Fuente opened the company's May 9 press conference with some important remarks, but probably the most important for me was this one: "What is the future for our industry if everything simply keeps on getting more expensive?"

Manuel wasn't pointing fingers at any company in particular, but I vividly recalled what he said later that day when I looked at Soulution's new 701 monoblock amplifiers, which sell for a mindboggling €110,000 per pair. That pricey stuff is interesting, but in terms of customers actually buying things, who is it relevant to? I don't think I have to say that for 99.99% of audiophiles, it's not relevant at all. Some multimillionaire or billionaire, perhaps. The point is, if all the hi-fi companies followed that path, the whole thing would die.

With that off his chest and the tone of the press conference set, Manuel and chief designer Pierre-Emmanuel Calmel unveiled the new series of Devialet amplifiers. I emphasized series because up until now Devialet has had just one product: the D-Premier. But that one product was a doozy -- the D-Premier housed a cutting-edge class-A/class-D hybrid amplifier and combined it with a digital-to-analog converter and an all-digital preamplifier stage, among other features. The result wasn't simply a convenient one-box solution, but one of the best-sounding amplification products you could buy, which is why I consider the D-Premier one of the most relevant electronic components of the last decade, if not longer. 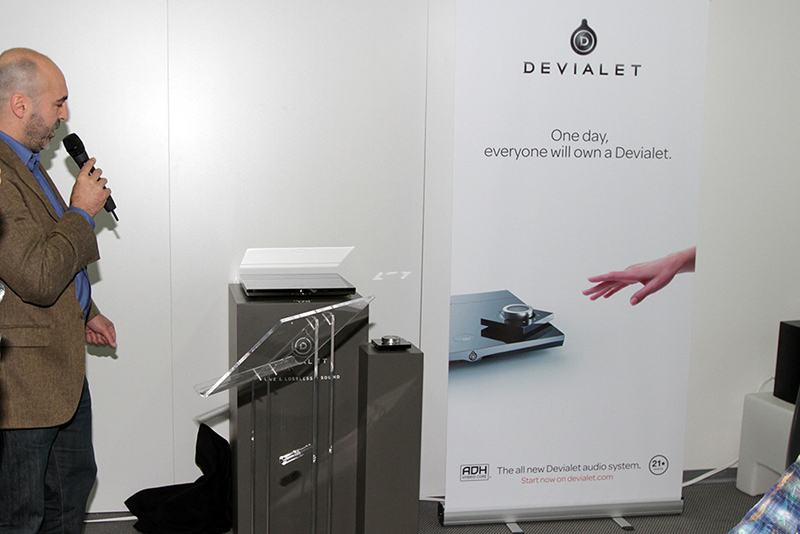 But as of May 9 the D-Premier is no longer. Don't fret, though, because immediately replacing it is the 240, which is improved with more features and some cosmetic changes. It's also priced a little higher: €12,900 versus €11,900 for the D-Premier. More relevant for the masses are the products Manuel and Pierre-Emmanuel were most excited about: the 170 and 110, which are priced at €6990 and €4990, respectively. For those who do want to spend more, mind you, they also offer the 500 system, which is basically two 240s in dual-mono mode, a pairing that will set you back €22,900. 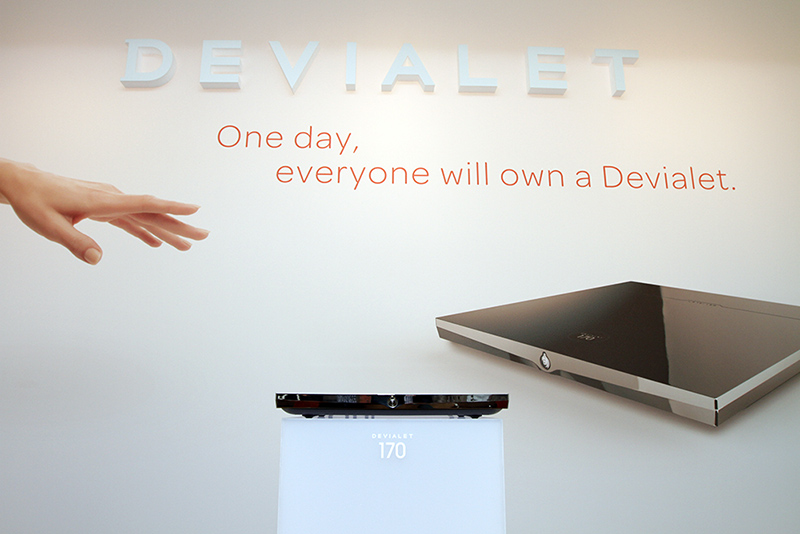 The interesting thing about this series is Devialet's claim that the sound quality of each model is the same -- the main differences are inputs, features, and power output (the model name indicates the specified power output per channel into 6 ohms). If true, this means that if a person doesn't need the power output and features of a 500 -- or a 240 or 170 for that matter -- they can enjoy the exact same sound quality with the 110 for a fraction of the price. Given the world-class sound quality that the D-Premier produced, that's not something that cost-conscious audiophiles should overlook. It's no wonder that Devialet's new slogan is, "One day, everyone will own a Devialet." If not everyone, certainly many more than before -- and to me, that is a very good thing.