What KEF's M500 Headphones Look, Feel, and Sound Like

Last week KEF surprised everyone by jumping into the headphone market with the introduction of the M500 on-ear cans and M200 in-ear monitors. But is it any surprise? Hardly. This is the fastest-growing segment of hi-fi right now, so with speaker companies such as B&W, Focal, and Paradigm offering 'phones of their own, the folks at KEF probably thought they should too.

So on the first day of High End, we covered the M500 and M200 models, which sell for about €300 and €200, respectively. On the second day I went back with the clear intention of listening to both models since I figured that most readers would want to know what they sounded like, because -- let's face it -- KEF is a legendary hi-fi brand. But when I got there, I couldn't find any M200s around, so I assumed that: 1) someone ripped the demo stock off since there were some the day before, or 2) KEF figured out that it wasn't all that hygienic to have all kinds of people putting the little things in and taking them out of their ears all day long. As a result, I only played with the M500 on-ear headphones, and this is what I found: 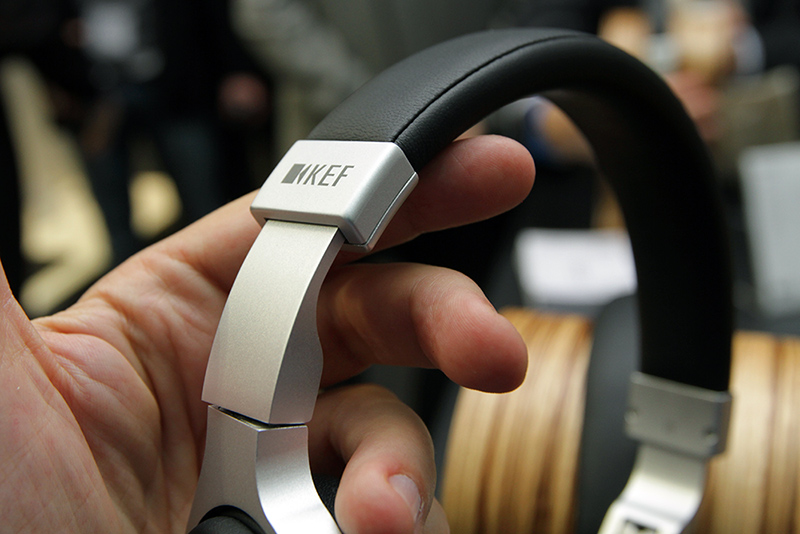 Look: with a soft-silver-colored frame, black leather-like earcups and padding up top, and a sophisticated-looking shape, I quickly concluded that the M500s looked, as the British like to say, smashing.

Feel: that soft-silver-colored frame is sturdy aluminum, which is still quite light; the leather-like earcups are really soft and are said to resist moisture (i.e., sweat); and that sophisticated shape fit nicely on my head, although it did take me a minute or two to figure out how hard I needed to pull on the frame to expand them in order for them to clamp my melon properly. All this adds up to a set of 'phones that are sturdy and very comfortable -- all the while I listened, I never had an urge to take them off. Obviously, all that is a testament to a well-thought-out design.

Sound: for those who are serious about sound, this probably the most important part. And it's definitely not good enough to say that they're better than Beats, even though it took about five seconds to figure out these are. But that's no achievement, because most decent headphones are. What I unfortunately can't tell you is how they sound compared to, say, the new Audio-Technicas that I saw on the lower level of M.O.C., or some of the other models from the other headphone makers showing there, because I didn't spend my time running around and comparing them. If I get to do more headphone listening in a day or two, perhaps I will be able to, but no guarantees. 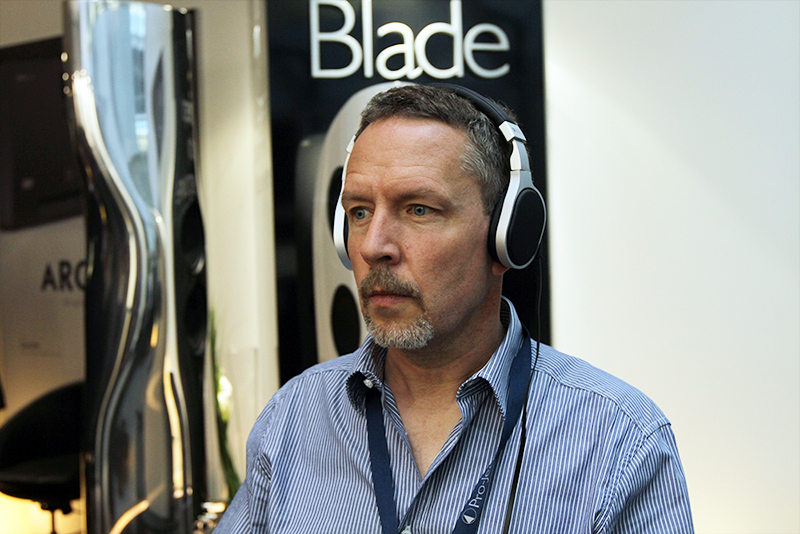 But what I can say is this: their sound was very robust, particularly in the upper bass, which imparted pleasing fullness and was super smooth yet quite detailed through the midrange. Ray Charles's voice on "Fever," from his Genius Loves Company, sounded quite rich, highly detailed, and impressively real. That sound was, in fact, quite similar to the KEF LS50, which I recently reviewed -- they also pop out voices with startling realism. With other music selections, the M500s sounded similar in the bass not only to the LS50, but also to KEF's R500, which I also reviewed. I concluded that KEF definitely has a "house sound" -- a sound I like, obviously, given what I said about both those speakers in lengthy reviews, as well as what I just said here about the headphones.

The highs proved interesting, particularly when the KEF rep chose to play some dance music, which really isn't my cup of tea. What I noticed was that although the highs were a touch "hot," which is usually the way it is with these recordings, they weren't objectionably so, which is the way it always is with that Beats nonsense and many of those cheapy earbuds. Instead, I could easily tell that the recording was inherently too lively in the highs, but I could listen all the way through, meaning the 'phones weren’t frying my ears. KEF obviously knows that audiophiles detest a sound that's too bright, so they don't exacerbate the highs, whereas the mass-market headphone makers tend to stray the other way by producing a sound that's over-the-top hot, which only calms down after you've fried all your high-frequency-receiving elements from your ears and your own hearing is down 10dB in the highs, if not more. If you like that super-hot sound, or if you've already sizzled your eardrums, you might find the M500 headphones too polite. In my book, though, KEF got it right.

When it comes to combining looks, feel, and sound quality, the M500 headphones seem like a far-more-than-credible leap into the headphone market -- for KEF, as well as for any music lover who fancies something stylish, well-built, properly priced, and brand new. Our next step is to request a set for a full review, as well as some M200s since not everyone wants even mid-sized on-ear cans. But your next step should be to check them out if what I said here appeals to you. KEF's M500 headphones are definitely worth looking into.