Expensive electronics abound in Munich at High End, and the first batch I came across was of the massive, solid-state variety. As well, most of it came housed in the machined-aluminum-encased enclosures that audiophiles know and love. All prices are in euros (€) or US dollars ($). 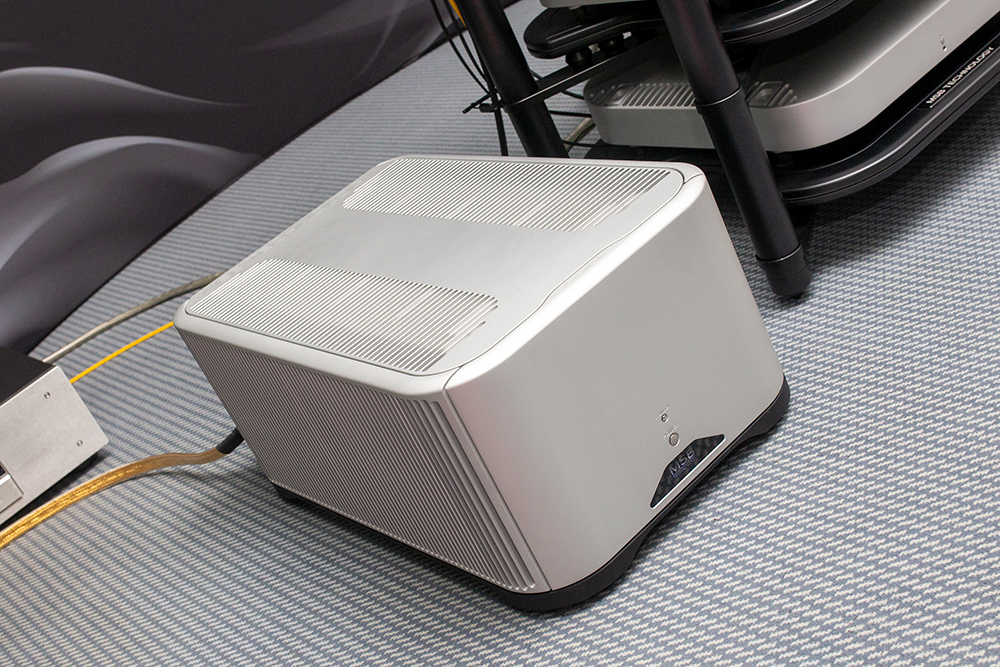 MSB Technology, based in California, USA, introduced some significant additions to its product line in Munich, starting with the 500-series power amplifiers: the M500 monoblock amplifier (above, $118,500 per pair) and the . . . 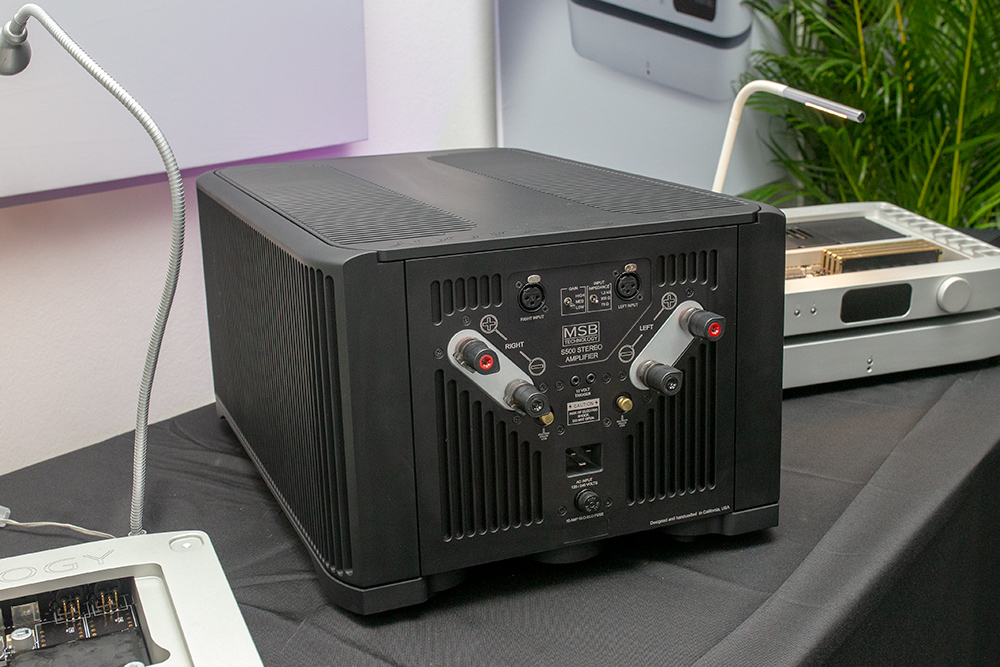 . . . S500 stereo amplifier ($58,500, rear shown). The power rating is the same for both models -- 500W (per channel for the stereo amp) -- and is supported by a huge power supply that includes 1,000,000 microfarads of filter capacitance. MSB claims an amazing 134dB of dynamic range for the new amplifiers, a specification that aligns with the technical accomplishments of the company’s acclaimed DACs. The amplifiers were designed with fully balanced circuitry and are available in silver or black finishes. 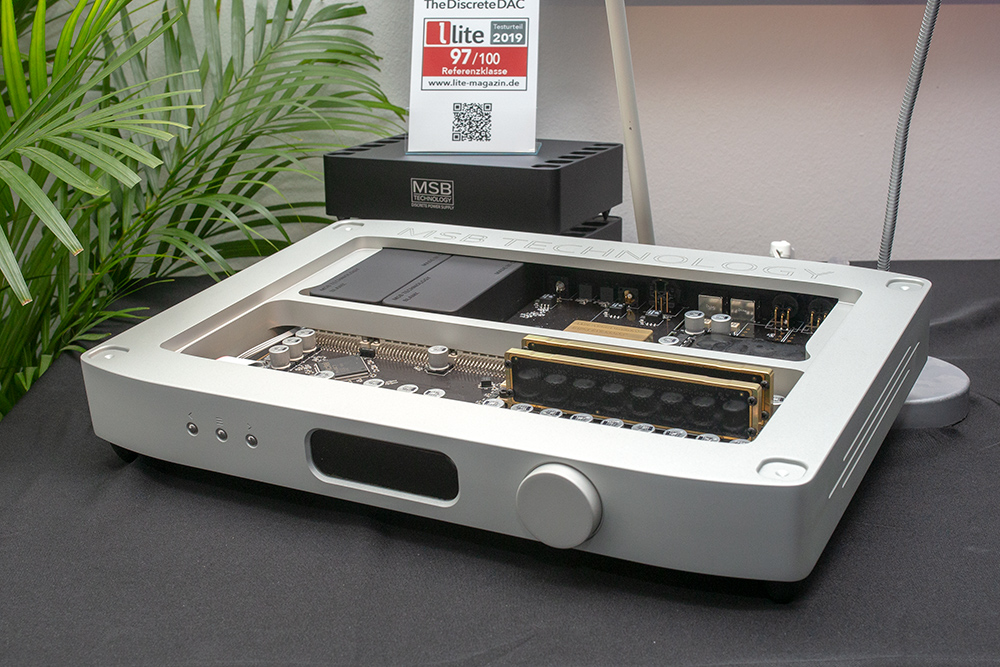 Also from MSB is the new Discrete DAC, which is priced at $9950 in its base configuration with one Discrete power supply ($1450 for a second Discrete power supply, which can improve performance further). At time of order, the buyer can choose from one of two different input configurations: a coax module (that comes with two TosLink inputs and Word-Sync output connections, too) or an AES/EBU module. Options for the Discrete DAC include an MQA USB module that also supports quad-rate DSD ($1590), the Renderer 2 module that is a Roon endpoint ($1995) capable of supporting MQA, and the Pro ISL module ($990), which is basically a laser-optical input that interfaces with MSB’s transport or Pro USB adaptor ($990). The latter converts USB to dual-path laser optical for more accurate clocking of the signal. The usual . . . 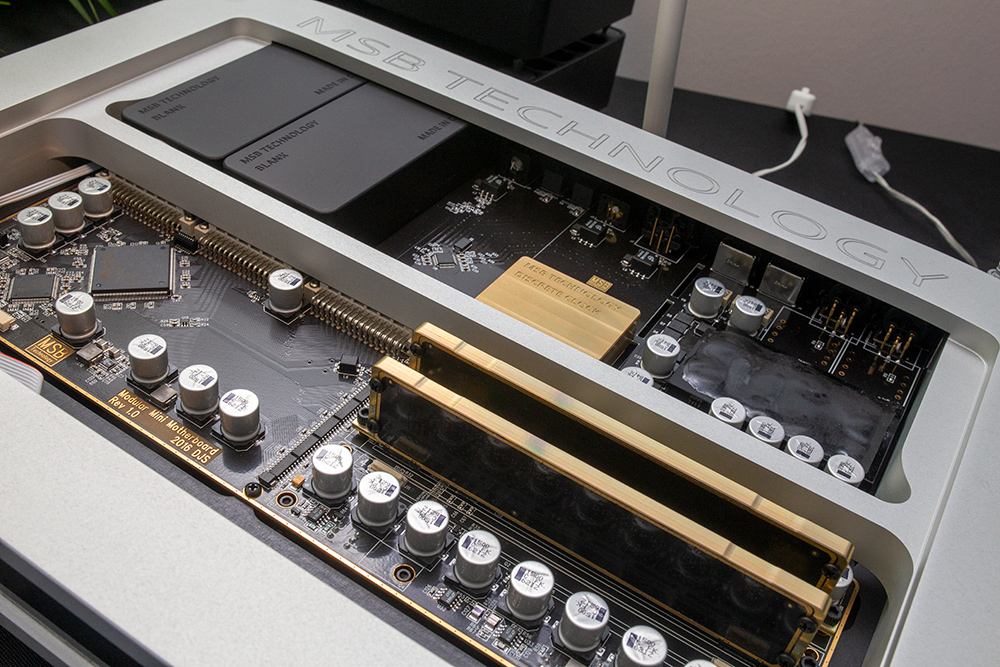 . . . MSB build quality -- that is to say, outstanding -- is evident in the Discrete DAC’s internal componentry. 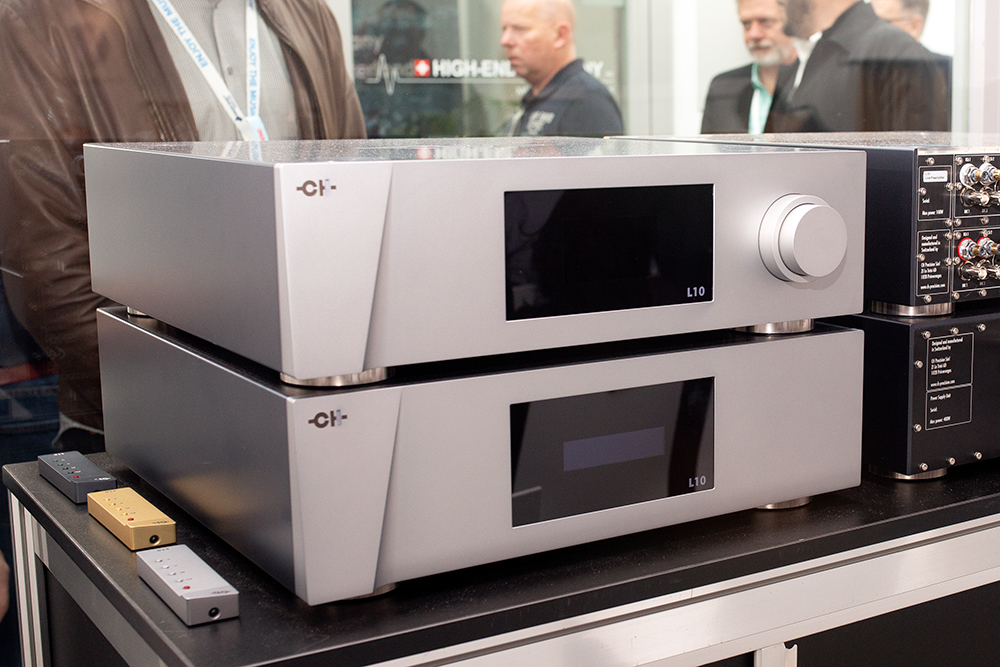 Switzerland’s CH Precision announced two new products in celebration of the company’s 10th anniversary: the L10 line stage with external power supply (base price €71,000, or €122,000 in four-chassis dual mono), which has . . . 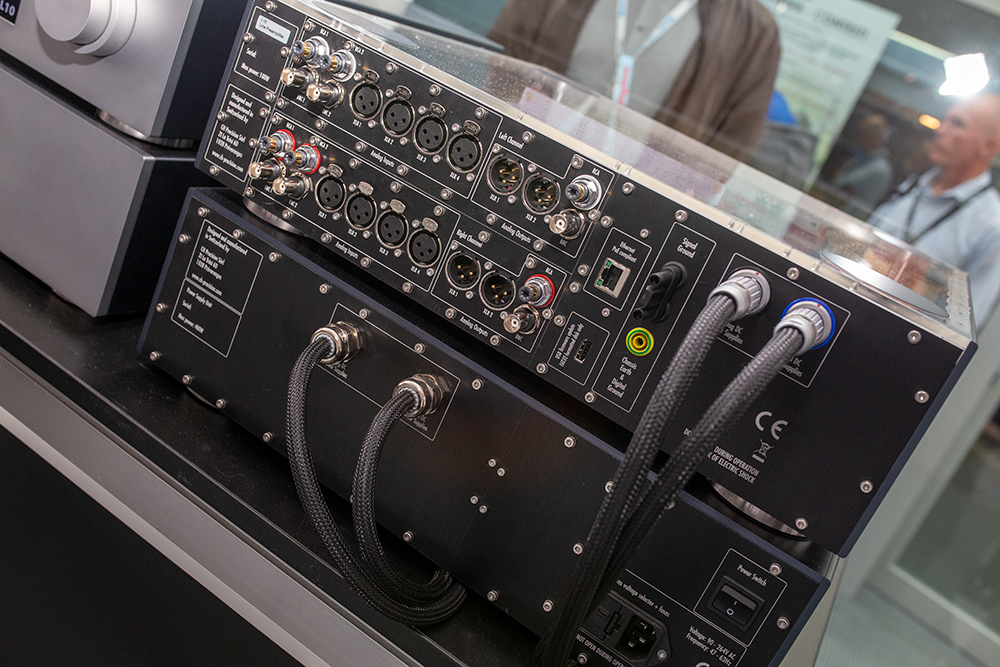 . . . eight inputs and is based on the same topology as the company’s L1 line stage, but with a twist: selectable global or local feedback. The componentry in the L10 is also said to be improved over that in the 1 series, with metal-foil resistors given as an example of the upgraded parts. The . . . 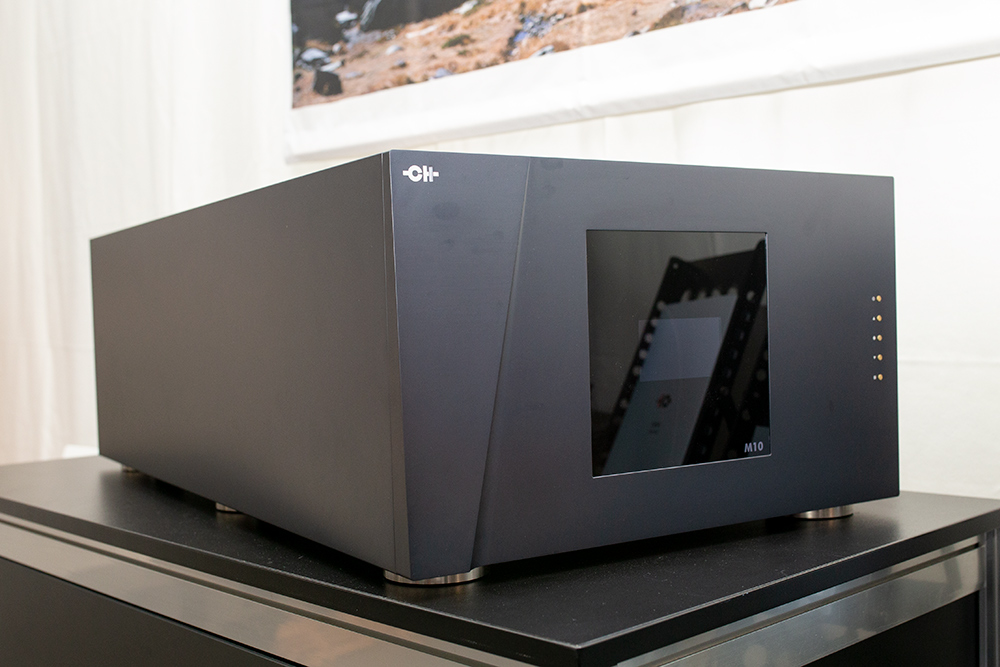