I always enjoy smaller, regional events such as the Los Angeles Audio Show, which debuted this weekend at the Sheraton Gateway Los Angeles Hotel, because they often include lesser-known companies that would likely get lost in the noise (literally and figuratively) at the big national and international shows. I found several interesting new speakers at LAAS, from conservatively engineered models to some of the most interesting designs I’ve ever seen. As with my electronics article, I focused on smaller companies here because we’ve covered most of the big-name launches in our CES and High End reports. All prices in USD. 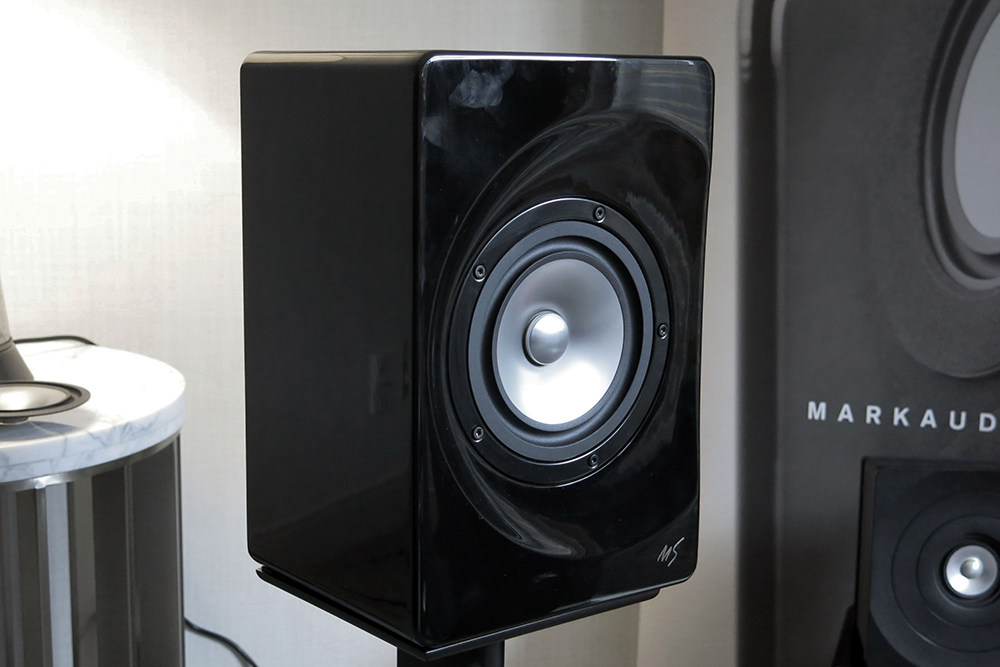 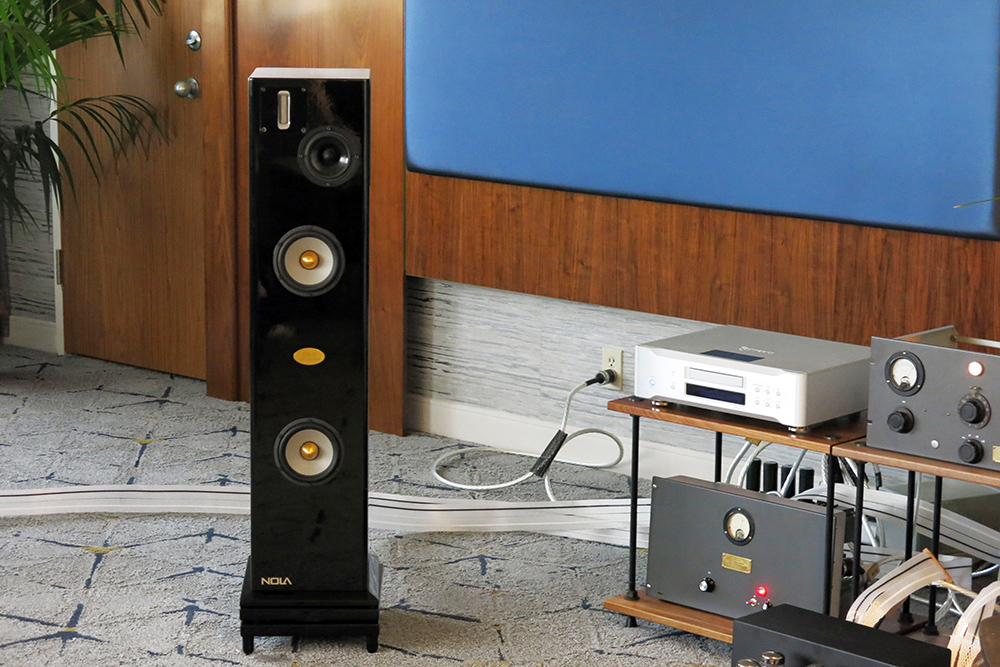 Nola’s Metro Grand Reference Gold 2 ($40,000/pair and up) largely follows the pattern of the company’s past tower speakers, with a midrange driver mounted in an open-back enclosure for additional spaciousness and reduced cabinet coloration. Two 6.5" woofers handle the bass, and a ribbon tweeter rated to 100kHz reproduces the treble. A dual-platform base uses ball bearings to isolate the speaker’s vibrations from the floor below. 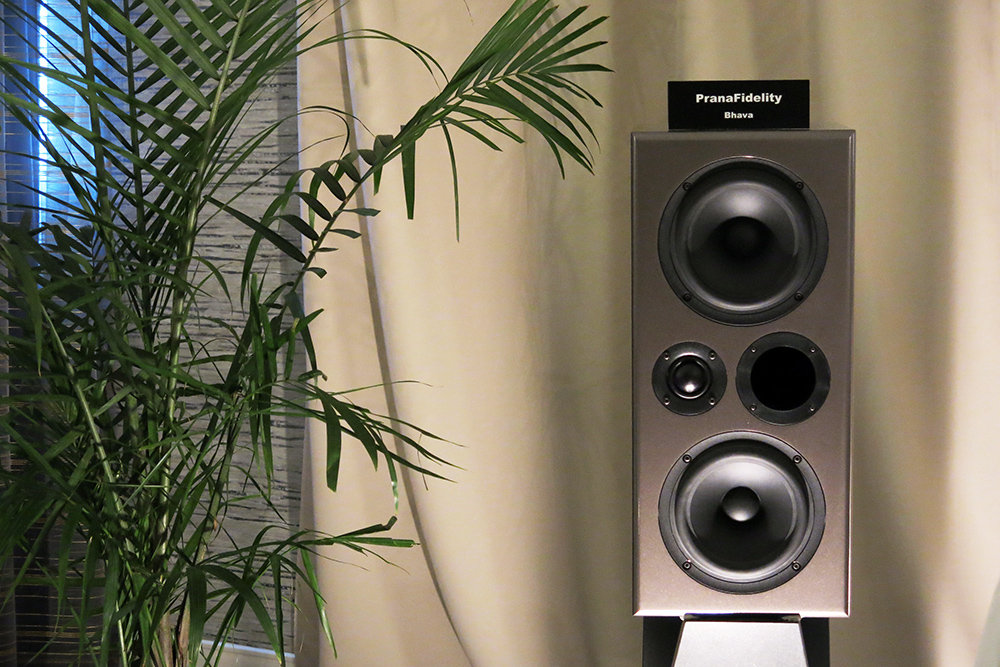 The sound in the PranaFidelity room kept me planted on my chair long beyond the maximum amount of time I’d promised myself I’d spend in any one room at LAAS. The new Bhava speaker ($4950/pair) was designed for what company founder Steven Norber described as “responsible stereo.” According to Norber, the Bhava has a largely flat 8-ohm impedance and 89.5dB sensitivity, so practically any amp rated for at least 20W can drive it easily. Norber said he paid special attention to getting the bass loading just right and using angled rear panels to minimize standing waves. The Bhava’s reproduction of a duet between singer Patricia Barber and masterful jazz bassist Marc Johnson stunned me. The dual 6" woofers captured the powerful fullness of Johnson’s deepest notes without a hint of distortion, and the 1.2" soft-dome tweeter smoothly reproduced the subtle percussive clicks in Johnson’s playing as well as the detail and intimacy of Barber’s vocals. 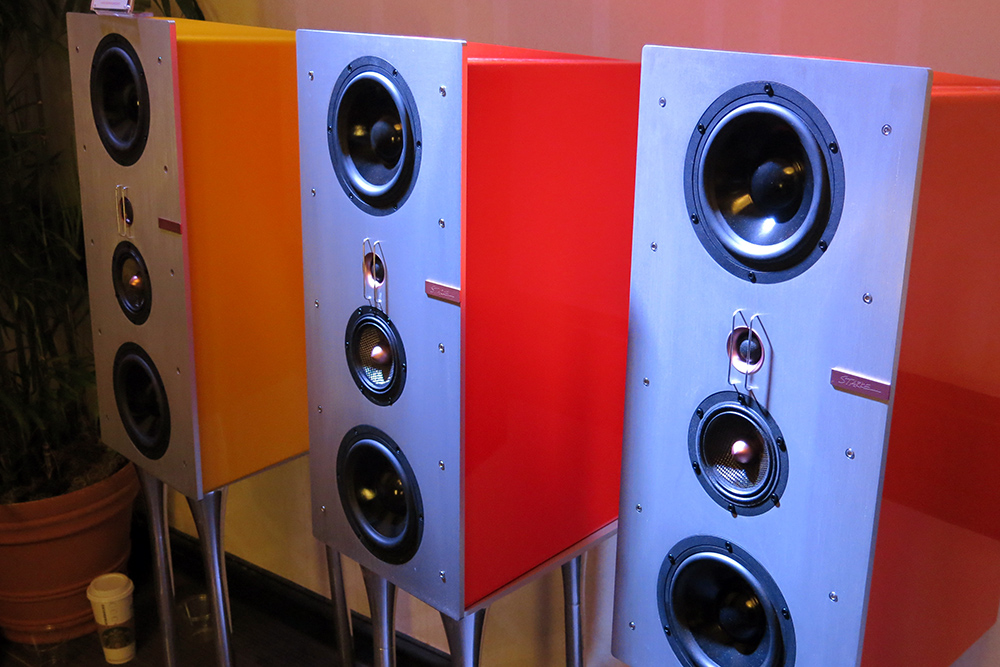 You don’t hear a lot of kick-ass home-theater demos at most audio shows, but Starke Sound not only put on a kick-ass Dolby Atmos demo; it also went to the trouble and expense of setting up a 14.8.8 system -- i.e., 14 speakers around the room, eight on the ceiling, and eight subwoofers. The company offers many different models, which feature its Linear Motor Force (LMF) technology, designed to assure equally distributed magnetic force throughout each driver’s travel. Each driver has two top plates, meaning it has two magnetic gaps instead of just one as in almost all other drivers. According to chief technical officer Dan Wiggins, this assures complete linearity of movement whether the cone’s moving forward or backward. The models shown here feature industrial design by Los Angeles architect Scott DeLoache. At far left is the IC-H3 Elite ($7480/pair), which features a beryllium-dome tweeter. The pair of speakers to the right are the standard IC-H3 ($7080/pair), which has a soft-dome tweeter. The Starke system achieved the difficult task of playing really, really loud without distortion or any apparent coloration. Despite my fears, the loud volume never strained my ears in the slightest. 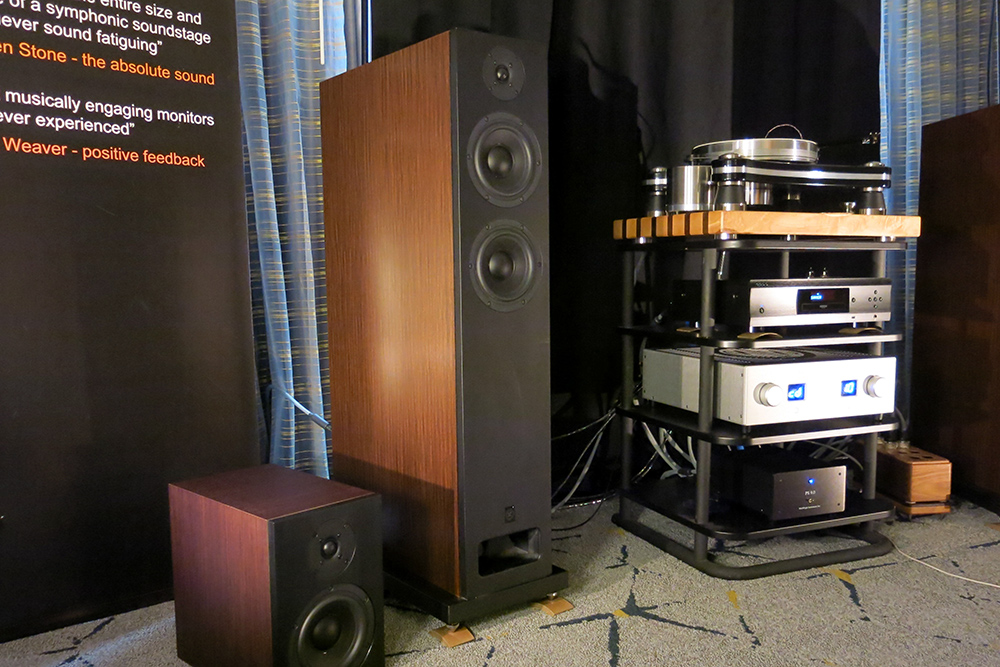 Designer David Macpherson built his Studio Electric brand on speakers that combine eccentric, retro-flavored styling with no-nonsense engineering and great sound. The M4 bookshelf speaker ($2450/pair, left) and the FS1 tower speaker ($5900/pair, right) are the brand’s first “normal-looking” speakers, although their engineering is based heavily on the company’s original Studio Electric Monitor. In both speakers, a 6.5" midrange-woofer in a sealed enclosure is mated with a 1" soft-dome tweeter. The tower speaker adds an extra 6.5" woofer to add oomph below 90Hz, with a slightly different compliance tuned for its ported enclosure. The cabinets look conventional, but they’re actually pretty cutting-edge: HDF panels covered with a sustainably produced artificial veneer made from a combination of bamboo, hemp, fiber, and hardwood sawdust. It looks just like real woodgrain except that it’s free of any flaws. 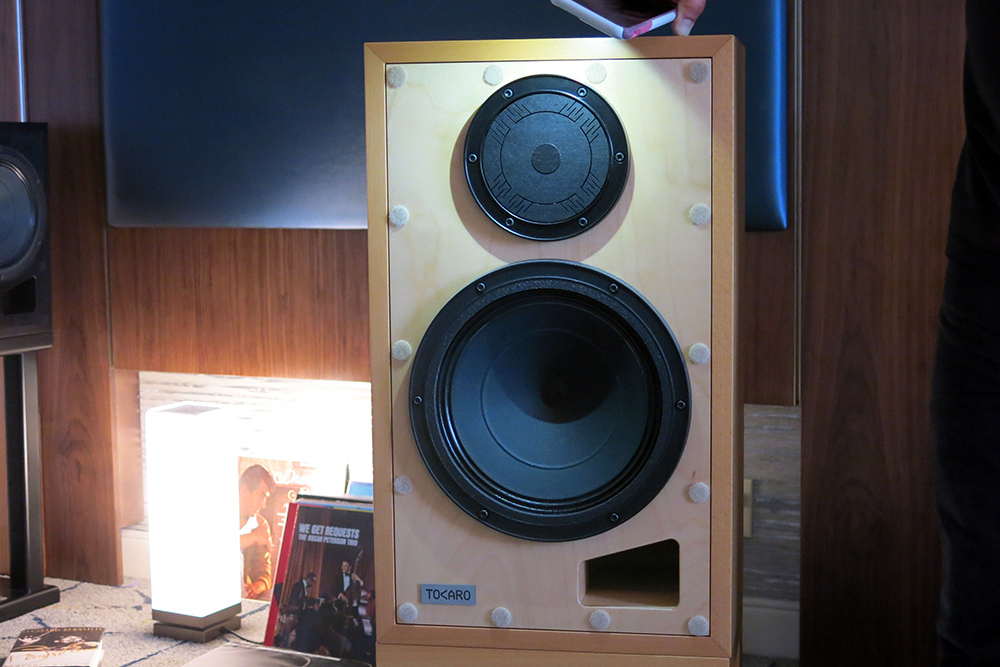 Tocaro’s 42 speakers ($14,000/pair) were easily the most exotic speakers I saw at LAAS -- and probably the most exotic speakers I’ve seen in the last year. The speaker incorporates two full-range drivers with no crossover. The top driver, optimized for mid and high frequencies, has a wood-laminate diaphragm with a laser-cut suspension; you can see the laser-cut patterns if you look closely. A conventional magnet and voice coil are attached to the moving center part of the diaphragm. The bottom driver, optimized for low and mid frequencies, uses a cone made by hand from the company’s own pulp (i.e., paper) mixture. The woofer’s spider (the part that connects the voice coil and cone to the frame) is also made from laser-etched wood. Even the plywood for the sides, top, and back is laminated by hand from thin birch sheets. It’s hard to imagine a speaker with a stronger claim on the label “artisanal.”