Walk into a Bryston room at any show and you’ll see consistency that’s maintained with corporate attention to detail. The layout is consistently good, the products are always arranged in the same manner, and -- most importantly -- VP James Tanner is sitting in the right-most of three director’s chairs, iPhone in hand and constructing playlists on the fly.

I’ve never seen Tanner get up out of that chair. Oh, I’ve seen him actually walking around after the show, so I know he can do it. But during show hours, I don’t think he moves from that chair. 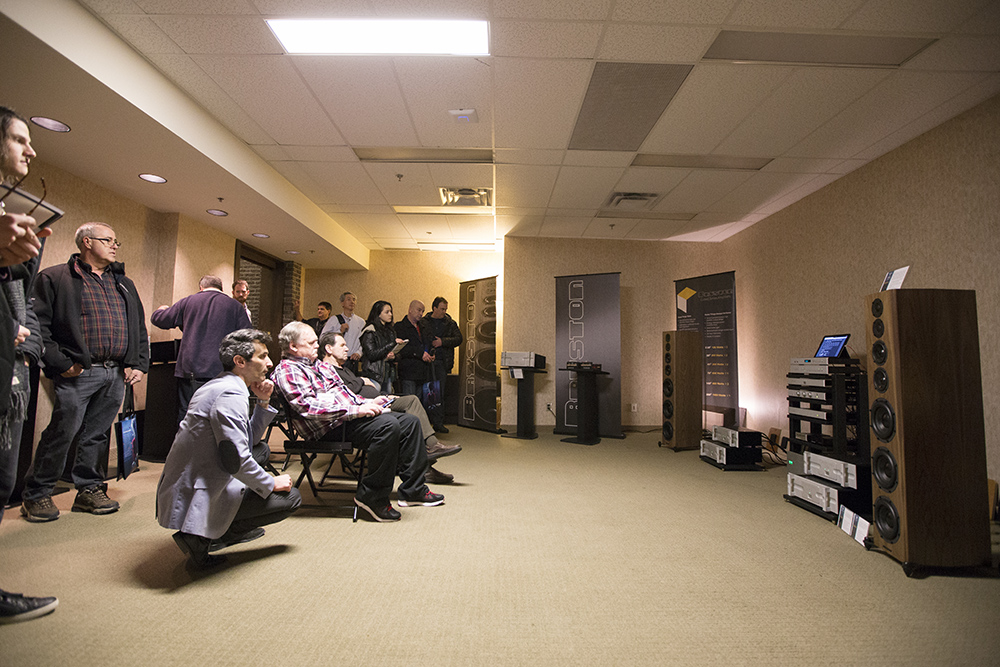 It’s reassuring, this consistency. Over the last few years, since Bryston released its Model T speakers, I’ve heard the sound improve, incremental changes moving the whole portrayal toward a refined, clear wall-to-wall richness that, each year, leads me more and more toward thinking, “I could live with this.”

This year Bryston was displaying the speaker system that will shortly end up as the Model T Active -- the Model T fed by the new BAX-1 digital electronic crossover leading to separate amplifiers for each speaker. (The new 21B3, a new three-channel amplifier designed specifically for this system, is not ready yet, so 3B3 and 7B3 amplifiers were used.) 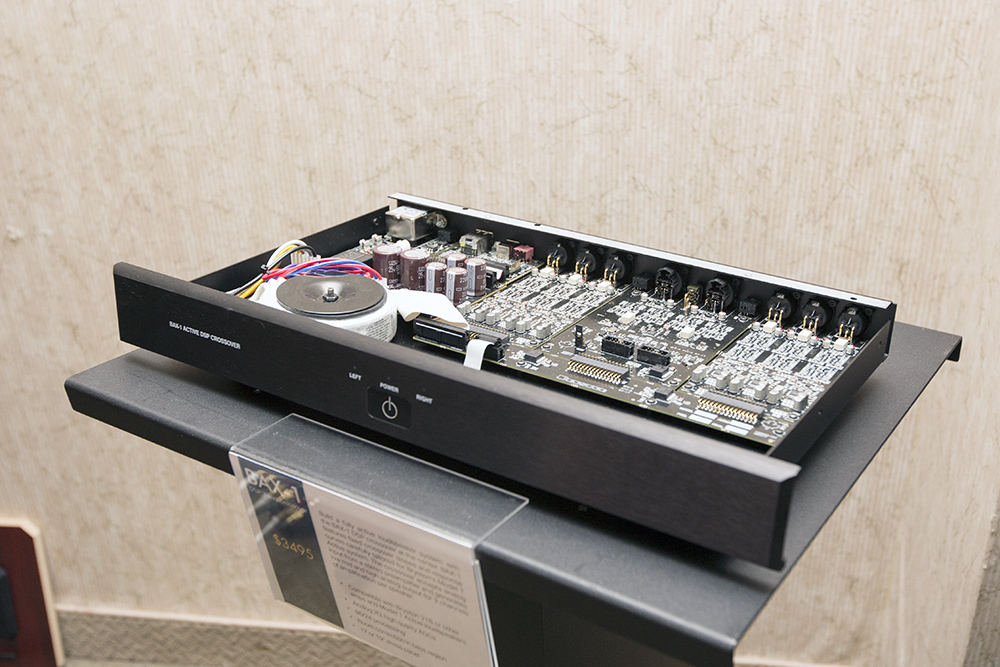 Doug Schneider and I wandered into the Bryston room for the first time on the hunt for new products to include in our show coverage. I plonked myself down in the middle of the three seats next to Tanner and started interrogating him about the Model T Active. But mid-sentence my attention began to drift. Tanner was playing an excerpt from Carmen, and hanging in space was a deep tapestry of instruments layered upon one another, with ease of listening interacting alongside detail and extension on each end of the frequency extremes.

Over my lifetime in audio I’ve been firmly rooted in the tube world, far preferring the richness and warmth that I glean from tubes to the clarity and neutrality that solid-state designs deliver. But I’m not obstinate. If reality and experience lead me away from my current position into a new direction, well then fine -- let’s go.

I could live with this system.