When it comes to picking standout sound at an audio show, I rarely get the chance to offer up a system that normal folks can afford. It’s usually some sort of stratospheric system with at least four zeros involved in the price. And that’s reasonable, I suppose. Big speakers make large bass, lots of watts help along the way, and cost-no-object construction generally points in the direction of exceptional sound.

Bless Andrew Jones’s soul. I first met Jones at CES a decade ago, at which time he was the designer for TAD, where he was working on -- yes -- cost-no-object speakers. But Jones is now working with ELAC, and he’s responsible for a much more sane, reasonably priced line of speakers, which just happened to be on display here at the Montreal Audio Fest. 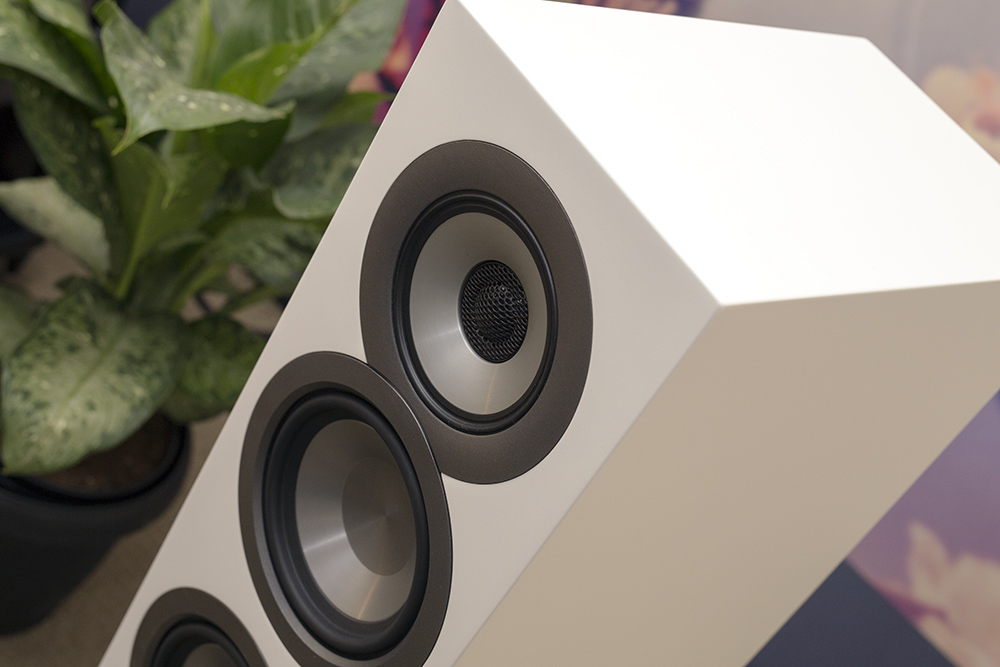 The ELAC Uni-Fi FS U5 Slim retails in Canada for a giveaway price of $1800/pair in matte black, or $2200/pair in the snazzy matte-white finish -- and this speaker is a box stuffed full of coolness. The tweeter is concentrically mounted in the midrange, and the three dedicated woofers reach down to a claimed 42Hz.

ELAC has just purchased Audio Alchemy, so it seemed reasonable for the two brands to tag-team on a room. The DMP-1 music server ($1500 USD), DDP-1 DAC-preamp ($2000 USD), and DPA-1 stereo amp ($2000 USD) seem commensurate in price with the ELAC speakers. The cabling and power conditioner all came from AudioQuest. 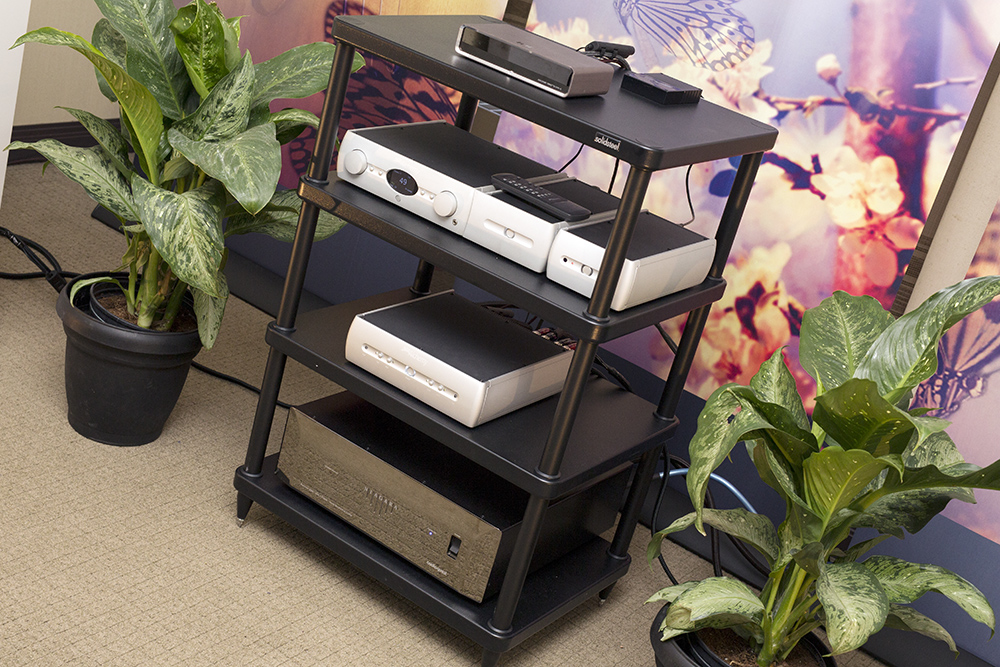 I didn’t know the price of this system on my first listen, and I was immediately impressed with the imaging and clarity presented. The highs were extended and sophisticated, and there was a feeling of presence in the midrange that felt very natural. And man, could this system dig down into the bass. In retrospect, 42Hz doesn’t seem like a very extended number, but the quality of the lows impugned the numbers-mean-all concept.

I came back twice to listen to this system, and on the second occasion it was playing Audiophile Lady with Angst -- some form of horrific smooth folk with no redeeming musical value. I asked for a change to some actual music, and was rewarded with a Deadmau5 track that featured bass I could feel in the pit of my stomach. At much higher levels than I’d listen to in my attached townhouse, there was no sense of strain or distress from either the speakers or my ears. 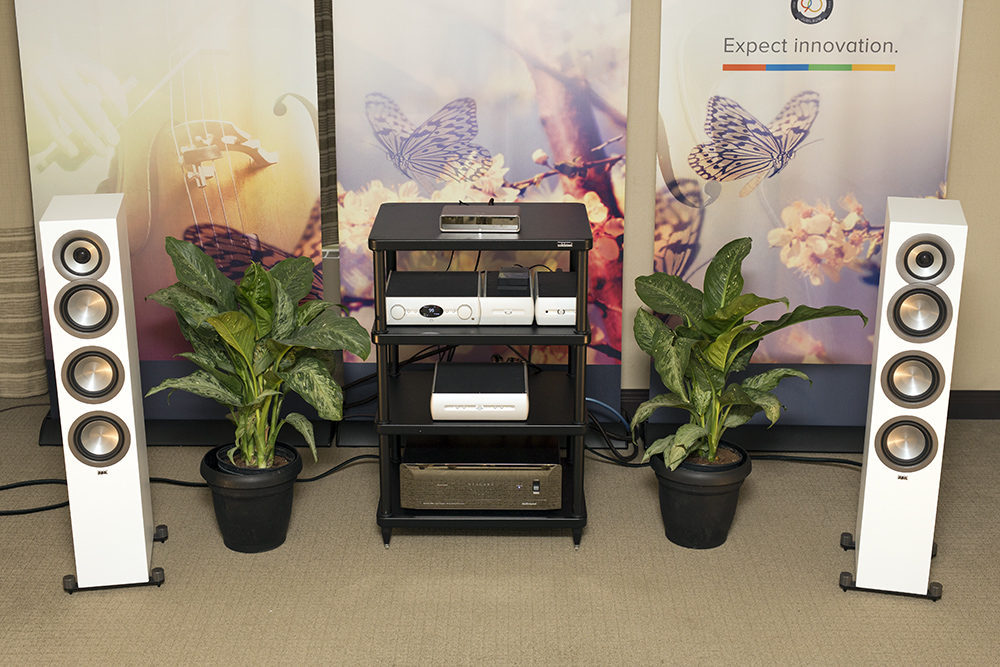 This is a system I could easily live with. There aren’t that many at this price point.