It’d be fun to view the penetration of analog into the Montreal Audio Fest and its prior years’ incarnations as a graph. It’d be a long, flat, straight line with a few small upticks through the early 2000s, then a gentle rise as the format slowly regained its popularity. Then, back in 2016, the curve reached the knee. The year 2017 found further acceleration toward the vertical. This year, ’tables were everywhere. Not necessarily actively playing, mind you, but it seemed that nearly every room had a record player holding down the street cred.

More power to them, I say.

Here are some interesting turntables we found, plus a couple of phono stages, with all prices in Canadian dollars. 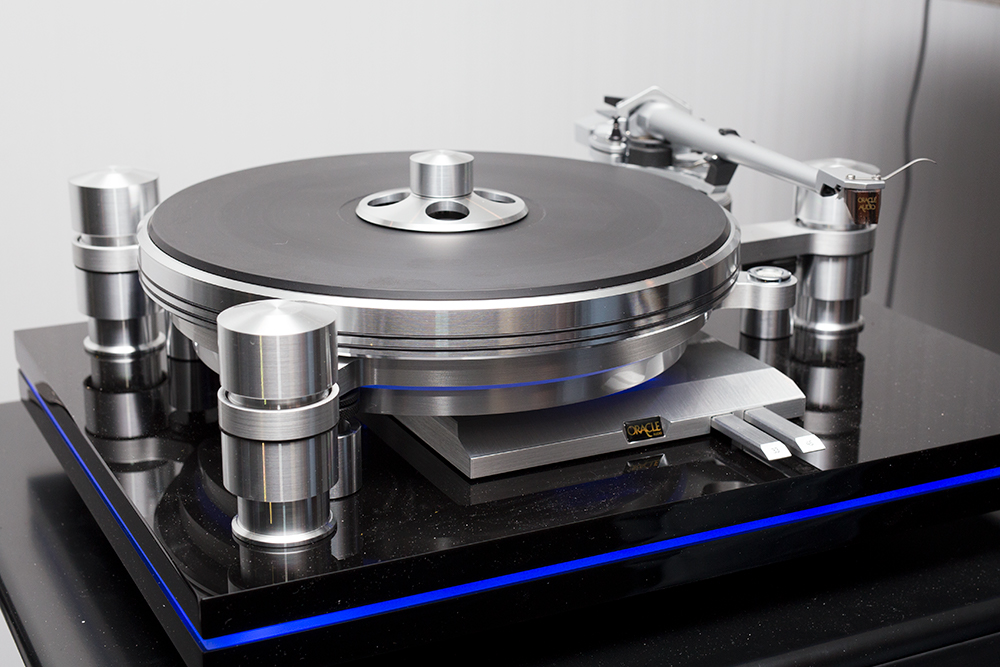 It makes total sense that Canada’s Oracle would choose the Montreal Audio Fest to introduce the revised Oracle Delphi, the Mk VI Signature. After all, Oracle is near as dammit Quebec royalty.

The Mk VI Signature features a midnight-black acrylic base that incorporates backlighting to highlight the delicate, classical lines of this archetypal, elegant turntable design, which first came to market in 1979. As shown, the package price of the Mk VI Signature is $24,700, which includes the Oracle SME 5 arm and Oracle Corinth cartridge. 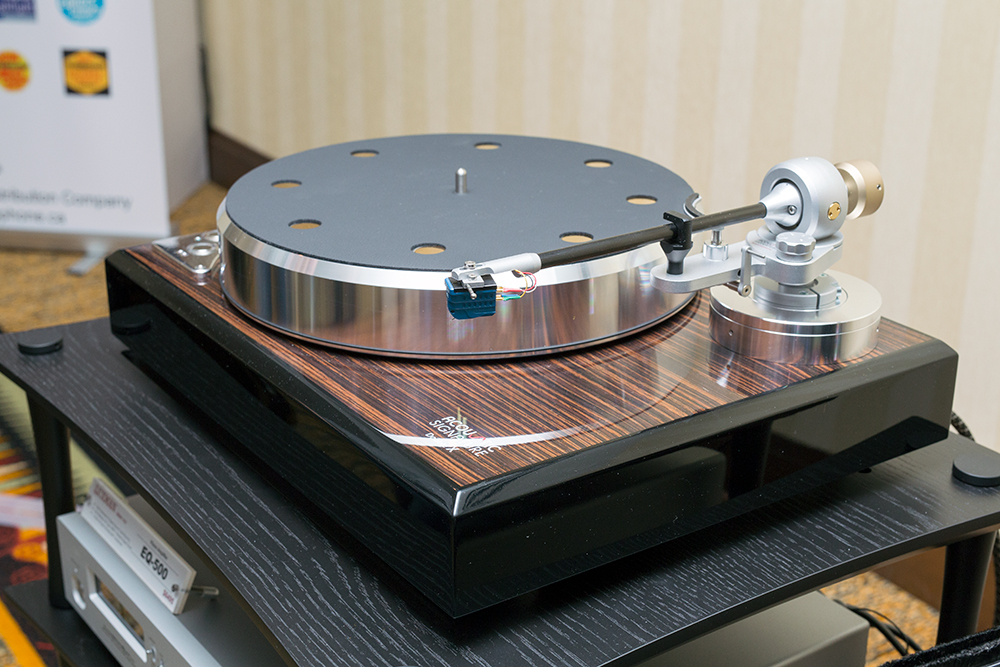 Here’s some eye candy for your titillation. The plinth of the Acoustic Signature Double X is revised for 2018, and the unit we listened to was topped with an almost edible Macassar ebony veneer. The combination of the black plinth, ebony veneer, and polished platter make for a spun-sugar confection. 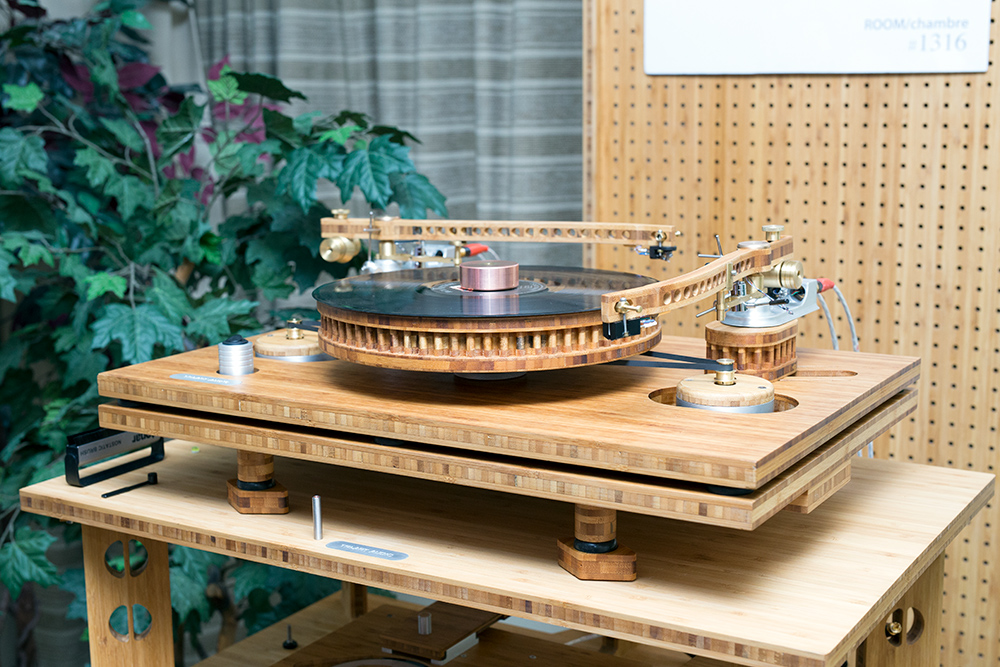 Those crazy bamboo guys at Tri-Art have revised their B-Series turntable with a thicker platter, a copper and brass clamp, and a revised bearing. Of note is the removable center post on the spindle, which allows nearly complete isolation of the record from any bearing noise. The B-Series ’table retails for $3000, complete with a 9" all-bamboo (of course) tonearm. The record clamp, which features absolutely no bamboo, sells for a very reasonable $180. 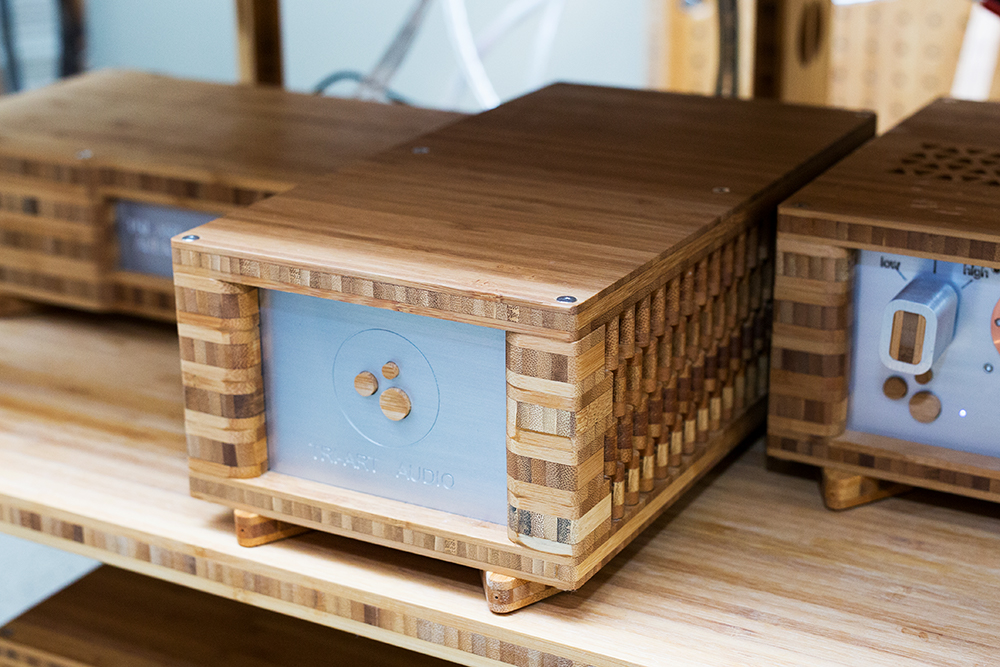 Also new in the Tri-Art room was the $480 P-Series phono preamp, which accommodates both MM and MC cartridges. Keeping with the all-natural material theme, the P-Series ’stage is stuffed with sheep’s wool, which helps damp the chassis. 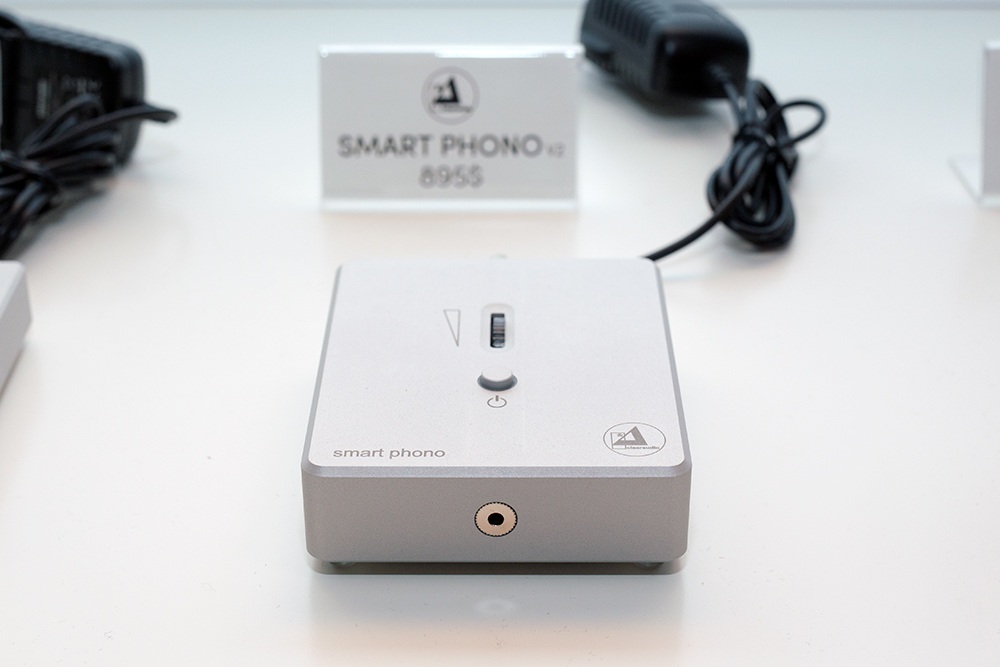 For a most reasonable $895, the new Clearaudio Smart Phono offers a whole bunch of features in a dense little package.

Up front, the Smart Phono is equipped with a headphone jack, which you can control with the gain dial built into the top panel. 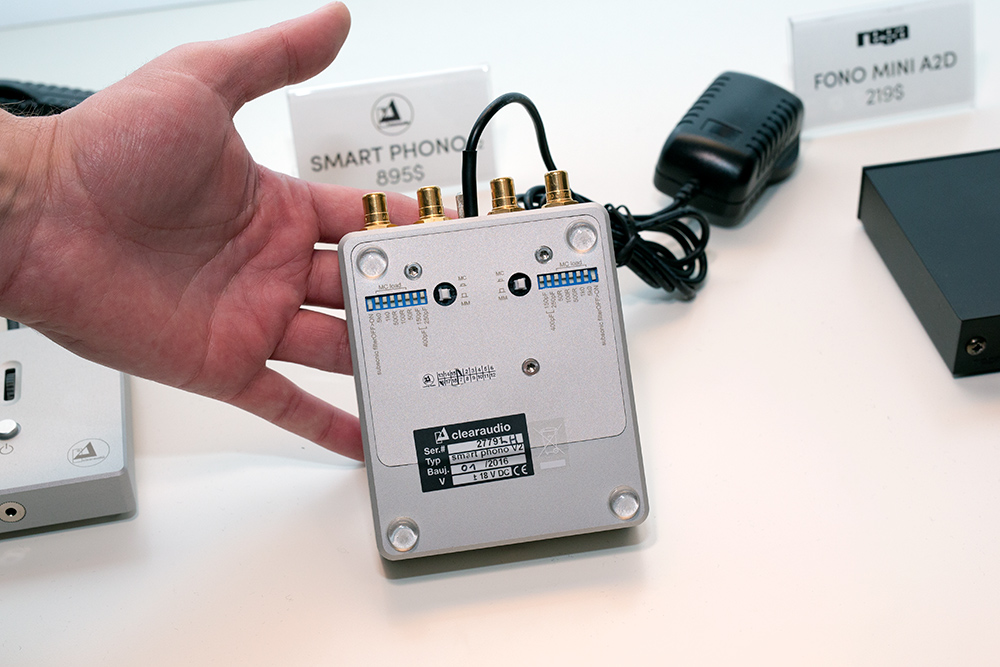 Impedance and capacitance are selectable via dip switches on the bottom, with a separate panel of dip switches for each channel. 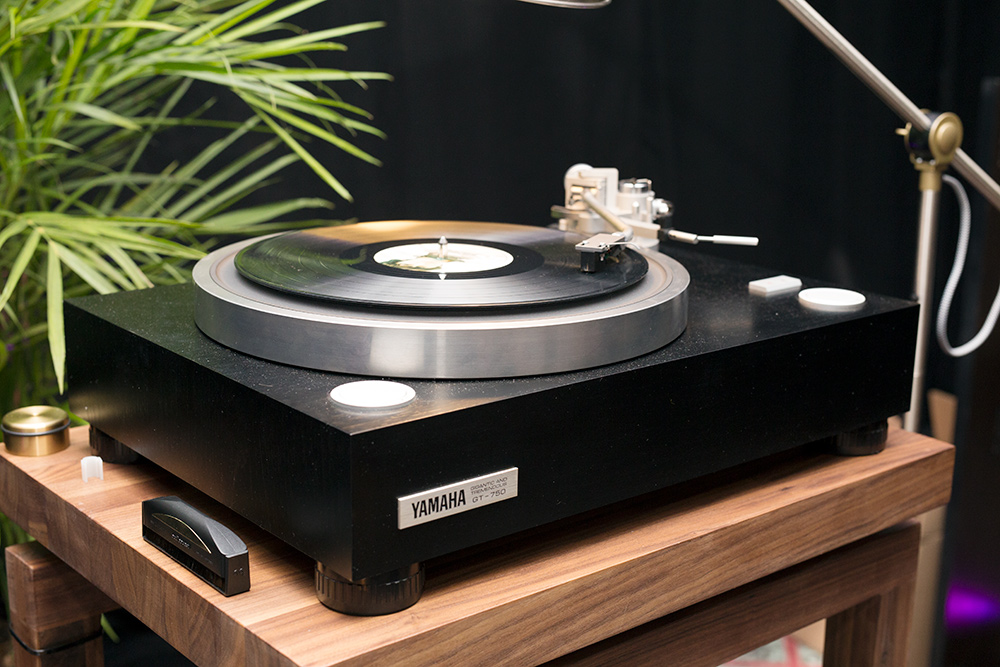 Yeah, I know -- it’s not exactly current or even new, but I just went gaga over the Yamaha GT-750 turntable in the Yamaha Canada Music room. This mid-’80s direct-drive turntable was apparently an emergency hail-Mary eBay purchase to replace a new Yamaha turntable that ended up unavailable for the show. 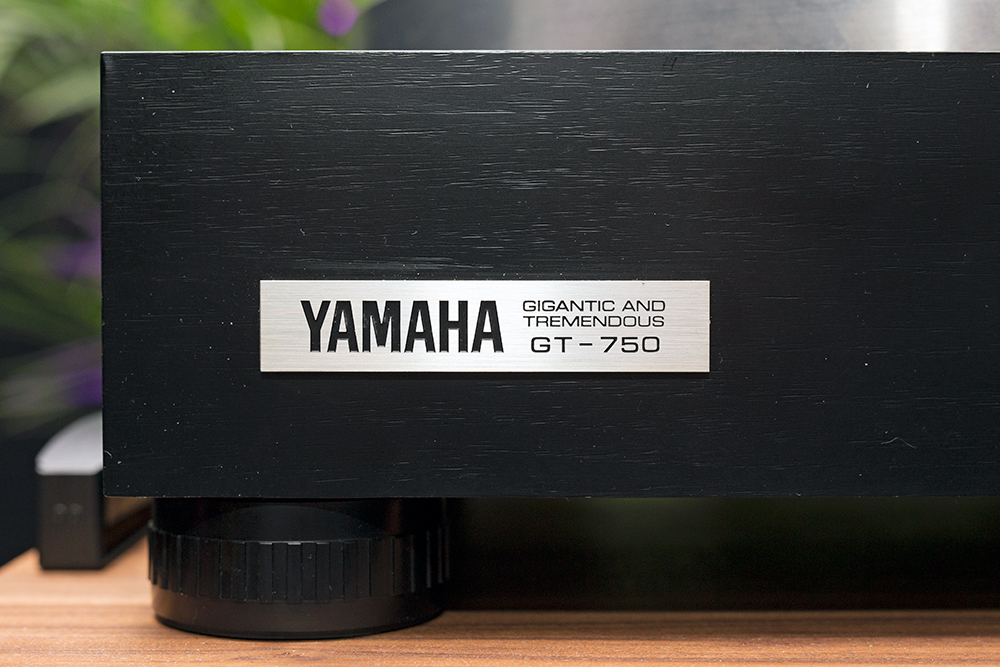 For $1500 shipped from Japan, the Gigantic and Tremendous GT-750 may well be the best value at the Montreal Audio Fest 2018.