Reimyo and Sony: Juxtapose This!

So there we were, having a coffee at the Front Range Trading Post at the Marriott Tech Center, which is where Rocky Mountain Audio Fest is held, just about two hours before the show was set to open. Doug Schneider and I were discussing the state of the audiophile marketplace and considering what types of products we would see and hear at this year's RMAF. Then Doug mentioned that at least one of our writers, a youngster in his 20s, had never even owned a CD. Like, not one.

That discussion lingered as we began our walk through the halls of RMAF 2013 in search of illumination. It didn't take long . . . 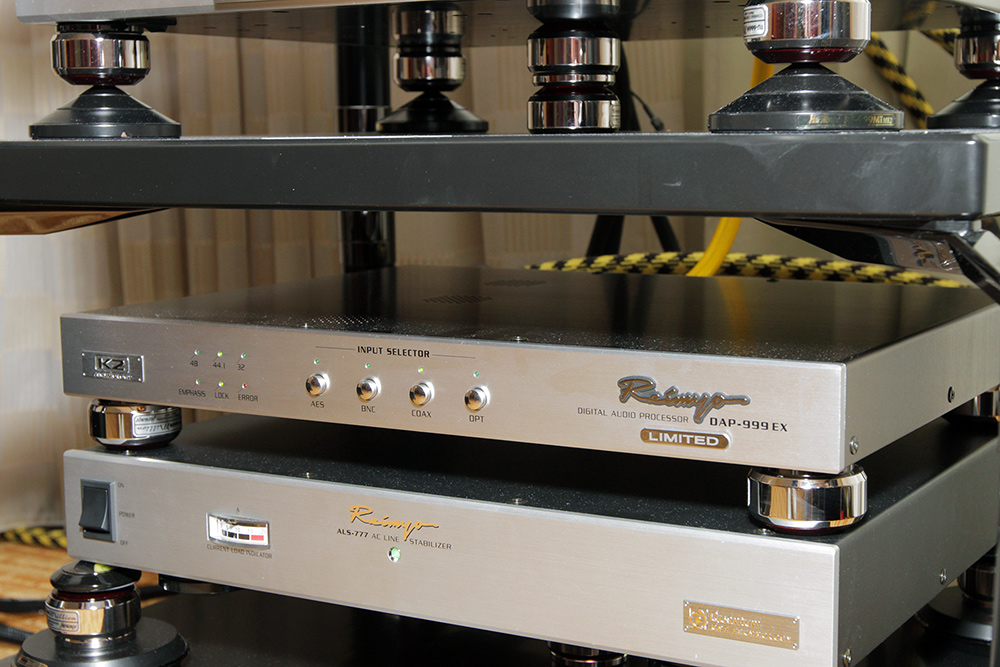 The Reimyo DAP-999EX Limited digital-to-analog converter is priced at $11,500 and is built in Japan in modest numbers. At that price, it's certainly not going to be a huge seller to begin with. Then the Reimyo representative dropped the bombshell on us . . . it accepts only up to CD resolution: 44.1kHz is it. When we asked why, we learned that the company feels that CD-resolution music sounds best. Not kidding. Now hold that thought. 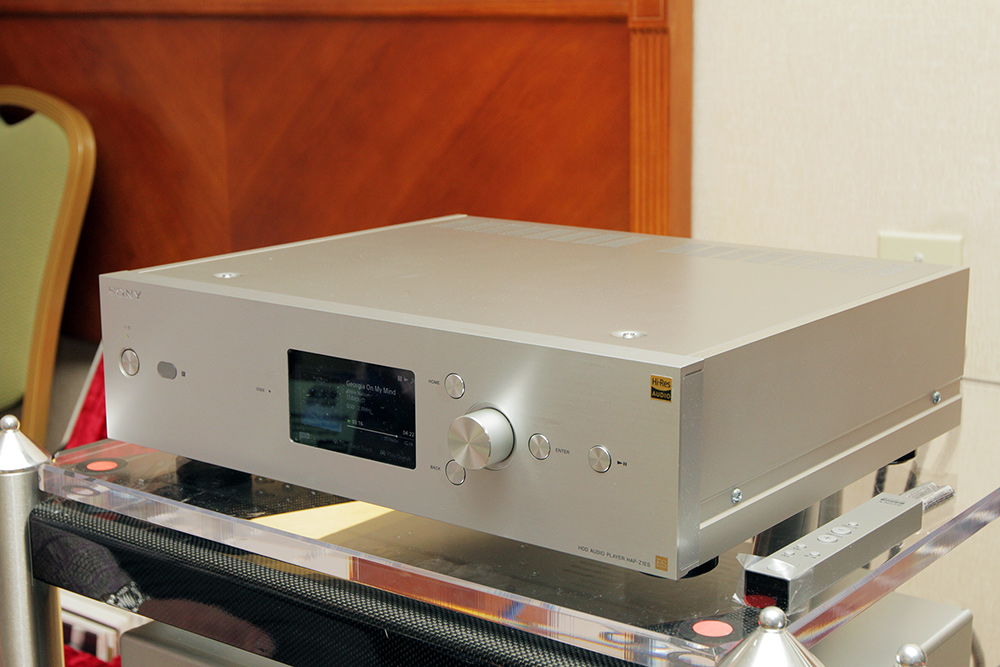 A few minutes later we entered the Sony room and had a listen to their new HAP-Z1ES high-resolution file player ($2000). This unit doesn't have any disc-playing capability, but instead is equipped with a 1TB hard drive designed to hold your entire file-based music collection. The DAC is built in, so there is no need to connect an external digital-to-analog converter. Connect to an amplifier or a set of powered loudspeakers from the analog outs of the Sony, and you're all set to play any type of file you can imagine, at virtually any resolution.

So on the one hand we have a CD-resolution DAC -- forget hi-rez with this thing -- and on the other we have a source component that eschews CD altogether, and is made for the flexibility to play hi-rez music right alongside your MP3s and everything in between. Is there a market for both of these things? That's the question, I suppose, that everyone displaying here wants the answer to. I know there are audiophiles with huge CD collections that have no thought of hi-rez downloads and the like -- Reimyo guys? -- and then there are people like our writer, who doesn't even own a single CD. His collection is all file based. Do both of these markets need serving at a venue like RMAF? I guess. Though I can't imagine anyone younger than 50 or 60 buying the Reimyo. And just who'll be at RMAF 2023 if the Reimyo is a big seller in today's "high end" world? It's certainly worth pondering the implications either way.