At every audio show, you’ll find all sorts of odds and ends that don’t fit into major product categories but are fascinating nonetheless. The 2016 Rocky Mountain Audio Fest (RMAF) devoted an entire hotel ballroom and a large hallway to accessories, records, and CDs, and I also found a few other interesting little products hiding out in some of the demo rooms on the upper floors of the Denver Marriott Tech Center. Here are a few of my favorites, with all prices listed in USD. 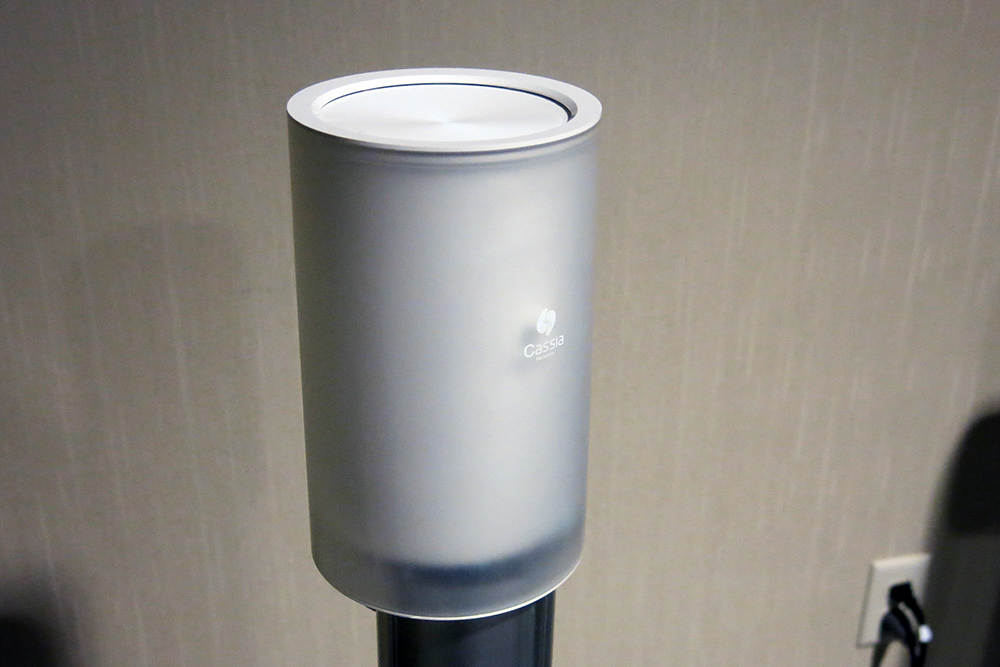 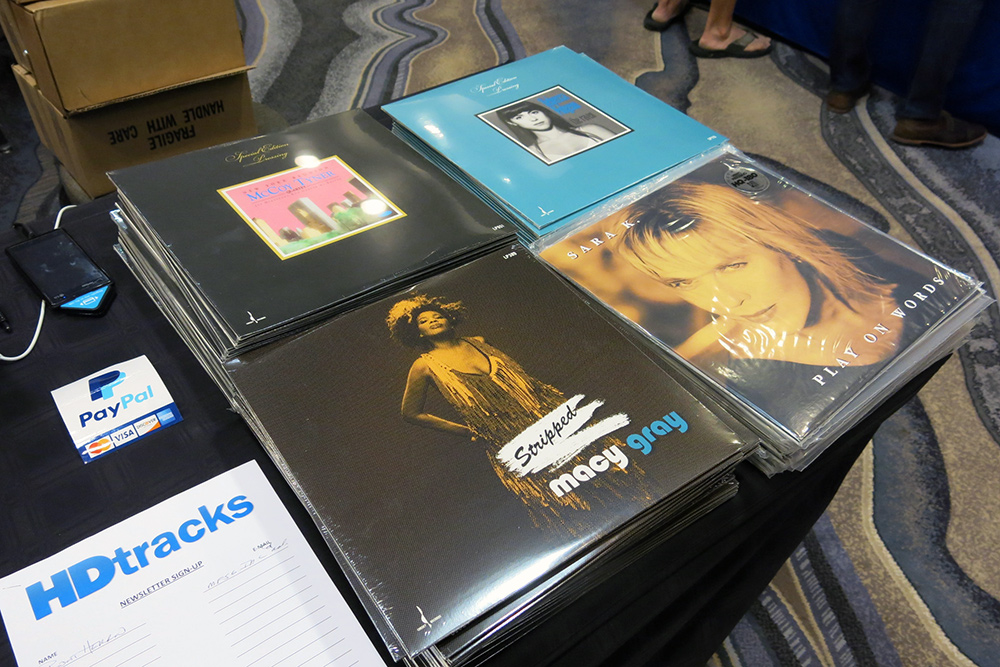 As a rule, I don’t write about audio software, but the fact that my favorite audiophile label -- Chesky Records -- is starting to put out vinyl records for the first time in many years seemed noteworthy. The label had four titles on 180-gram vinyl on display when I dropped by: Macy Gray’s Stripped, McCoy Tyner’s New York Reunion, Rebecca Pidgeon’s The Raven, and Sara K.’s Play on Words. Melissa Menago’s Little Crimes and John McEuen’s Made in Brooklyn were said to be on the way in a couple of days. 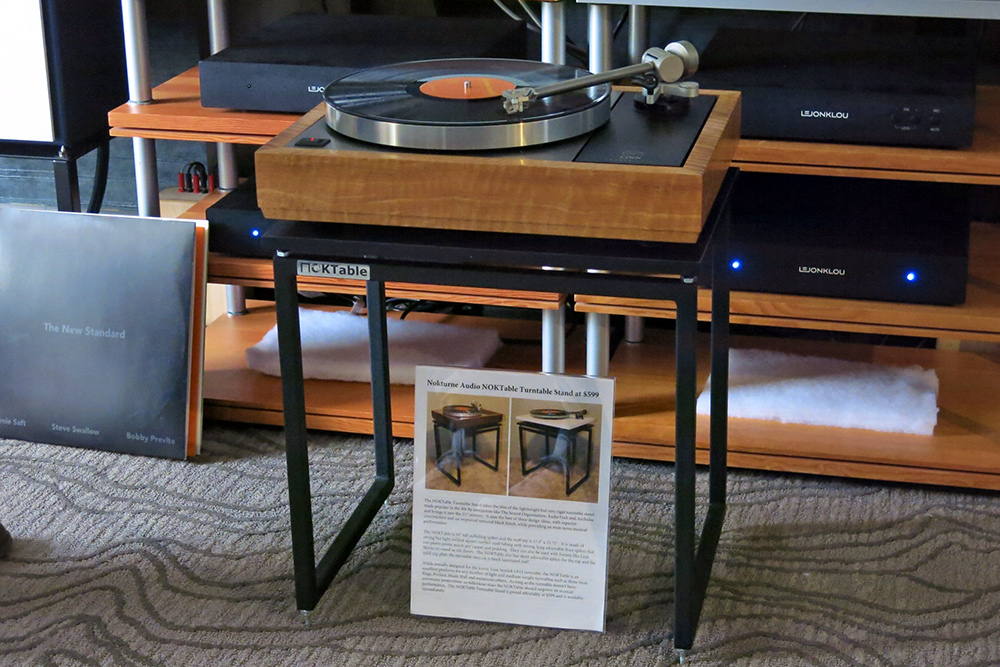 I thought the NOKTable from Nokturne Audio had a cool 1970s minimalist vibe, but it turns out the $599 turntable stand was modeled on a classic 1970s stand made by the now-defunct Archidee. The NOKTable uses a steel frame with an MDF top, and stands 18” high. The top is supported on spikes, and more spikes on the bottom elevate the stand above carpeting. It’s built to support a Linn LP12 turntable, but is said to work with most light- and medium-weight turntables. 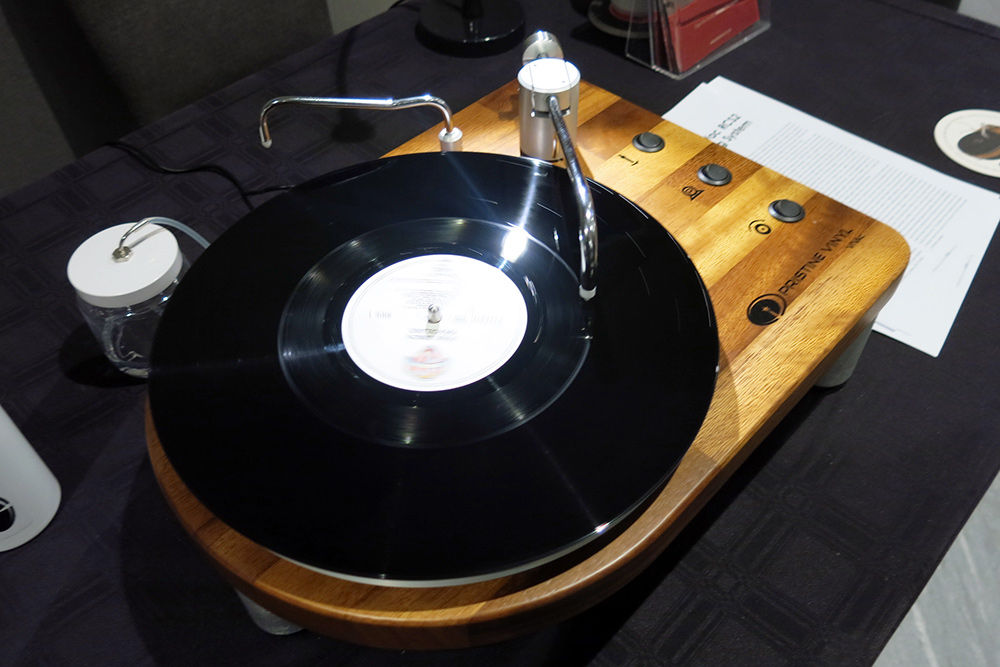 According to Pristine Vinyl, the biggest problem with record cleaners is that people keep them stored in a cabinet and thus don’t use them often enough. The $2400 ViVac RCS1 is styled to look like a well-crafted turntable, so you’ll want to leave it out and use it often. The arm on the left automatically applies cleaning fluid. The arm on the right vacuums it up. An automatically fed thread keeps the vacuum tube off the surface of the record, and the used thread and cleaning fluid are collected in a waste container under the platter. The tiny size of the vacuum tube allows use of a smaller vacuum motor, which made the ViVac RCS1 the quietest vacuum-equipped record cleaner I’ve encountered. 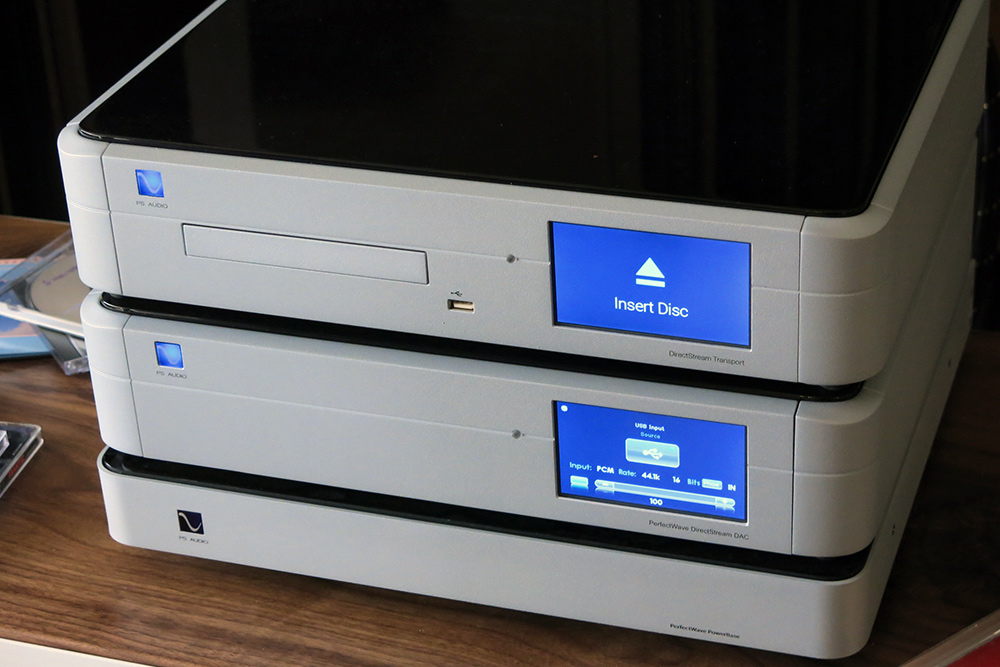 PS Audio’s $5999 DirectStream Transport plays SACDs and CDs, and even has a digital output for DSD signals from SACD. The output works only with PS Audio’s DirectStream and DirectStream Junior DACs, which is how the company was able to get the legal OK to add it. The transport also includes a front USB input for convenience. 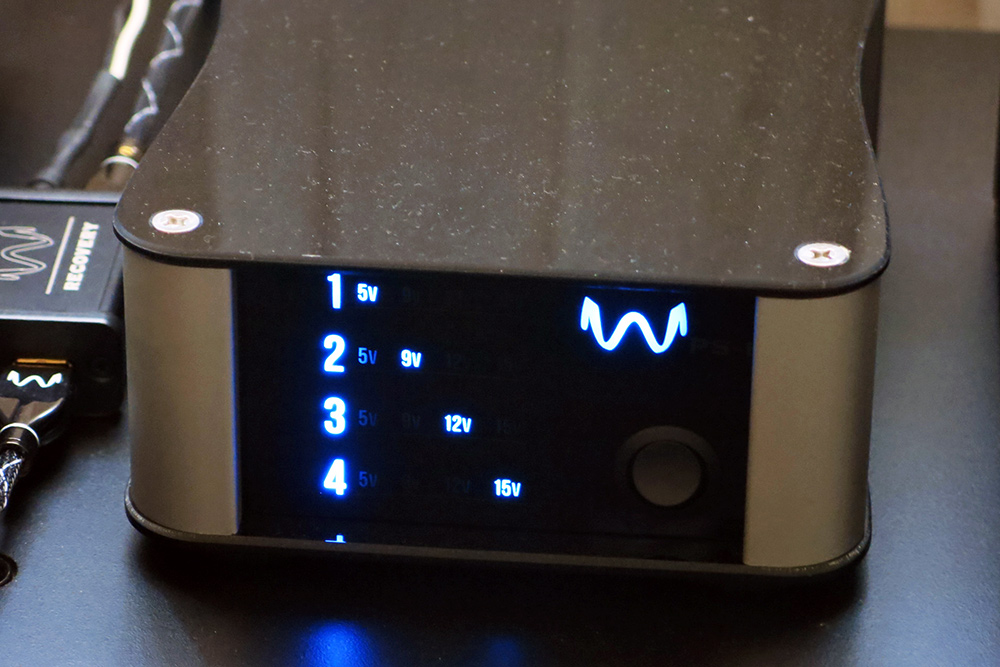 The idea of offering an upgraded power supply to replace a stock wall wart isn’t new, but you usually have to buy a purpose-built supply from the company that built the component you’re powering. Wyred 4 Sound’s PS-1 ($499) should be able to power most small-signal components (such as DACs, preamps, and phono stages) regardless of brand. It’s a modular design, with each module adjustable to deliver 5, 9, 12, or 15V. One module is included; additional modules cost $125 each.