If you judge products purely by the amount of attention they attract at audio shows, headphone amps are as hot a product category as headphones themselves. Rocky Mountain Audio Fest 2016 showcased numerous new headphone amps, ranging from tiny models that fit in a pocket to ones the size of classic McIntosh tube amps. Here are a few of the most interesting new headphone amps I saw at RMAF. All prices in USD. 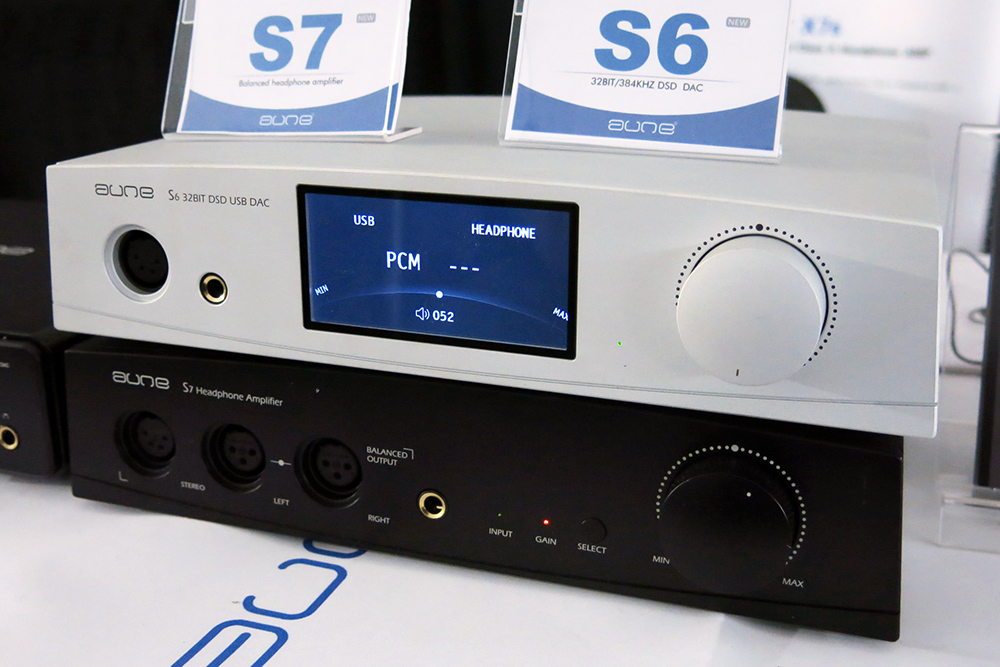 Aune’s S7 headphone amp (bottom, shown below the company’s S6 DAC) strikes me as a good bargain because there aren’t many balanced-output amps available for its $549 price. The S7 has XLR and RCA inputs, and with four-pin XLR and dual three-pin XLR outputs, it should accommodate most balanced headphone cables. There’s also a 1/4” output for conventional unbalanced headphones. 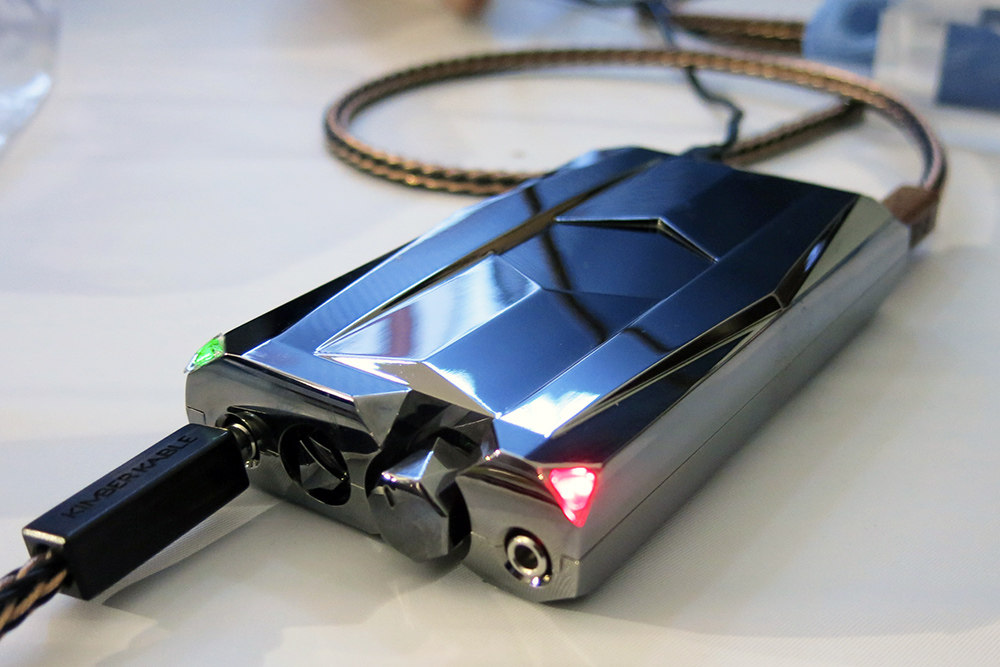 Enthusiasts know Cavalli for its exotic tube headphone amps, but the $499 Liquid Silicon is something else entirely: a portable headphone amp with fully discrete (i.e., no integrated circuits) topology. It has 3.5mm analog inputs on the front and back panels, and a battery rated for approximately 15 hours of run time. The big knob adjusts volume, and the recessed knob sets gain. The final version will have the Cavalli logo on top. 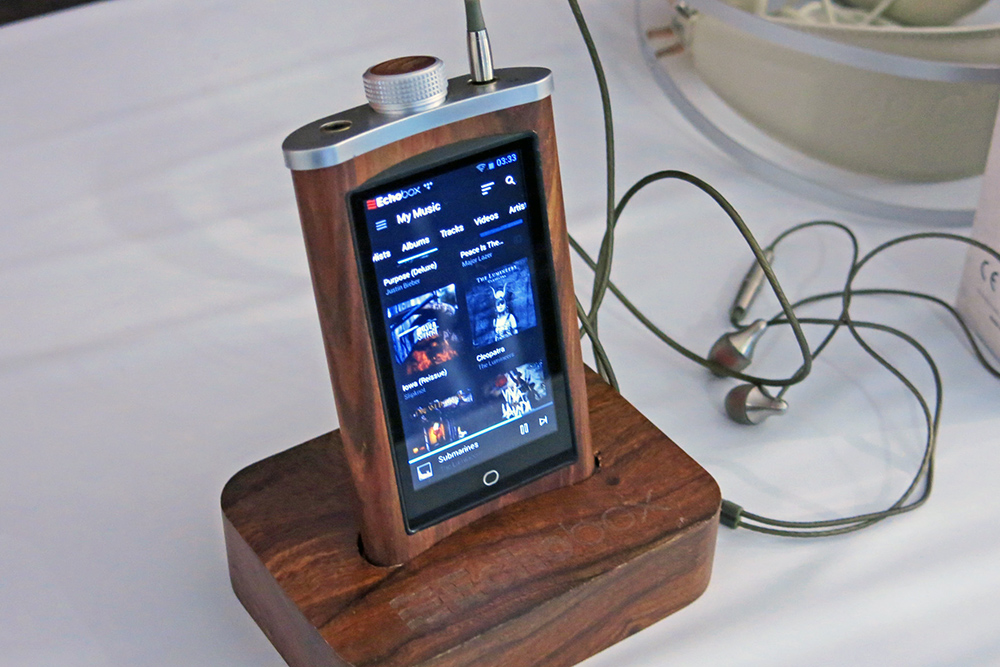 There were several new portable music players on display at RMAF, but none so distinctive as the $599 Echobox Explorer. The Explorer is an Android-based music player that can play stored files or music streamed through the Internet. The exterior is wrapped in real wood and is obviously styled on classic whisky flasks; the cap-shaped knob on top controls volume. The Explorer is shown here with Echobox’s $229 Finder X1 earphones. 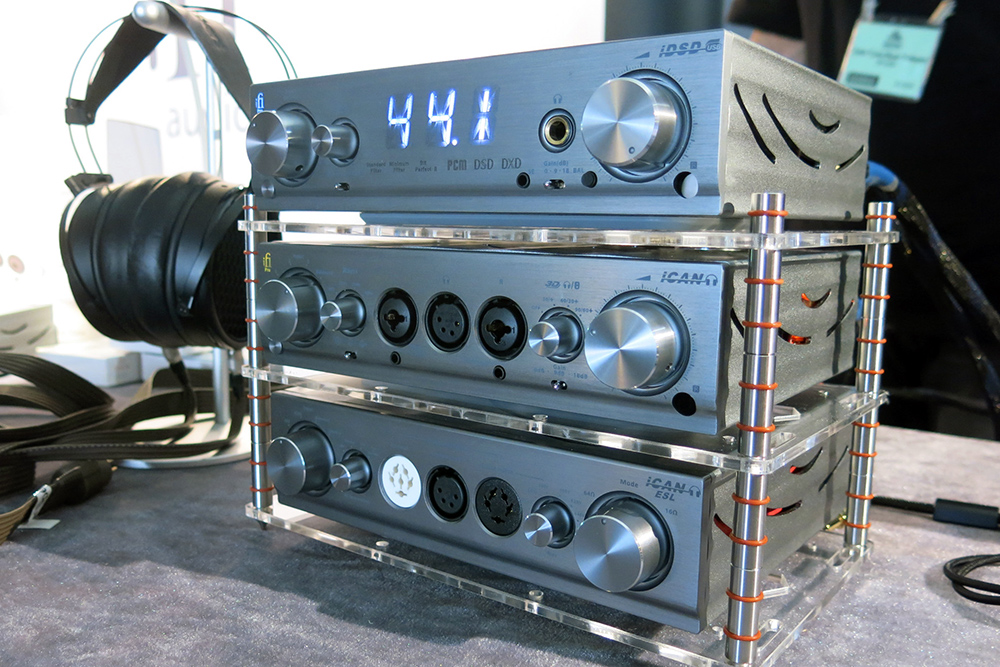 The iFi Pro line components combine modern circuitry with tube line stages, and should accommodate practically any headphone design or digital format. At top is the $2000 iDSD DAC. Directly beneath it is the $1699 iCAN, a headphone amp with numerous outputs: four-pin XLR, dual three-pin XLR (with 1/4” in the center), and dual 3.5mm. The iCAN ESL at bottom is an energizer for use with electrostatic headphones; its estimated price is $1300. Only the iCAN is available now, and the others are slated for delivery in early 2017. 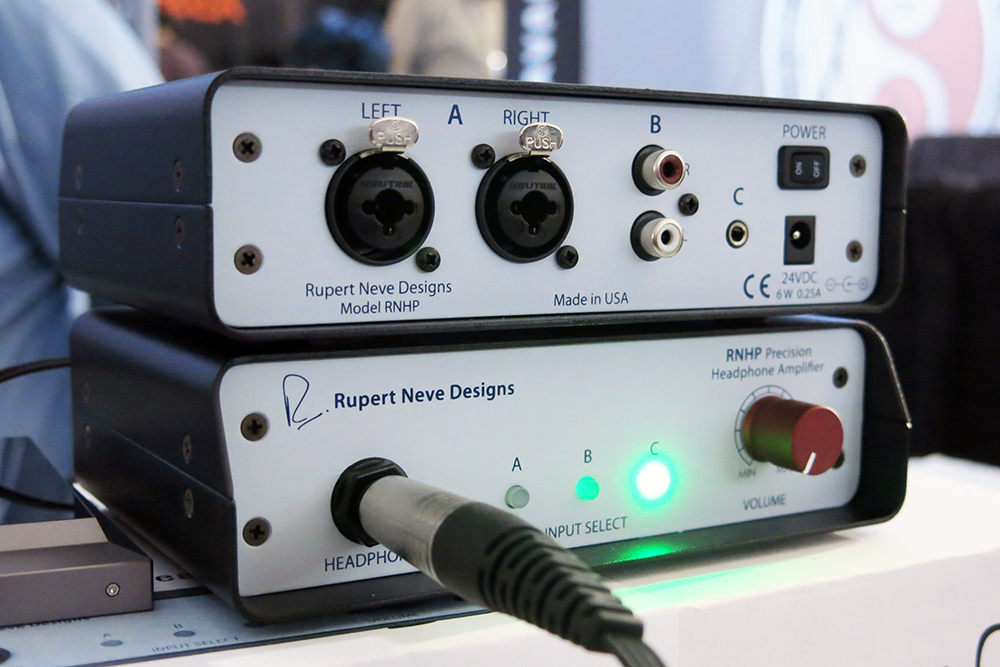 In pro audio circles, mixing boards designed by Rupert Neve enjoy a brand loyalty almost as enthusiastic as Harley-Davidson has among cruiser bike aficionados. (No, I haven’t seen anyone with a Neve tattoo, but I bet they’re out there.) The $499 Rupert Neve Designs RNHP, shown here from front and rear, is basically the headphone amp section from the company’s 5060 Centerpiece mixer. The bare-bones amp offers three analog inputs: XLR, RCA, and 3.5mm. 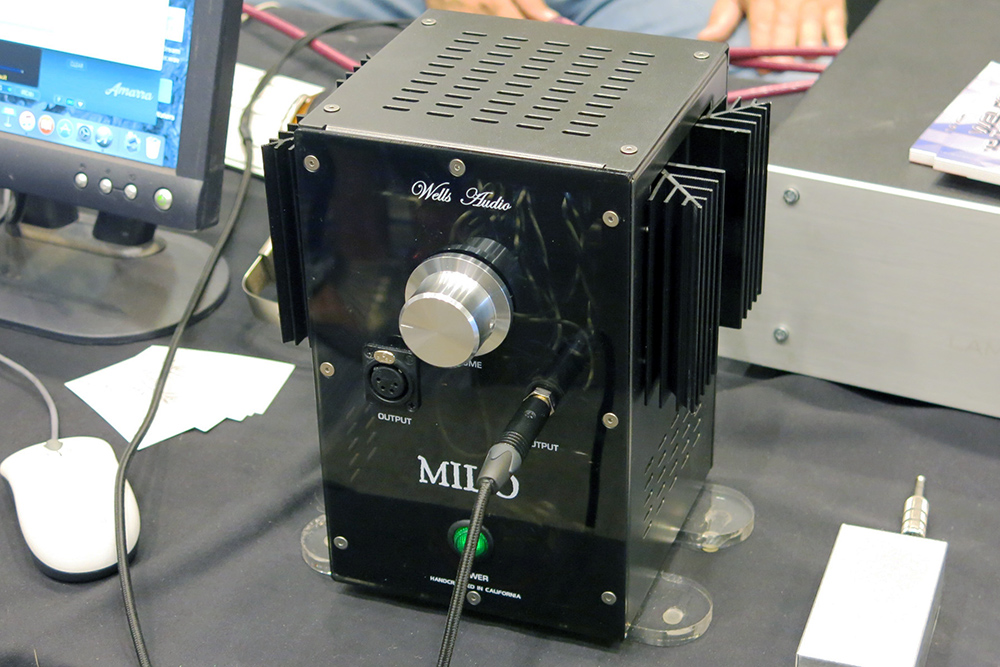 Most headphones need only a few milliwatts to reach high volumes, but a few audiophile models need a lot more -- and the $1699 Wells Audio Milo is built to give ’em what they need. The company estimates the Milo’s maximum output before clipping at 18W into 46 ohms, which is more or less the equivalent of driving a speaker with a 1000W amp. RCA inputs come stock; adding XLR balanced inputs costs $200 more.