The 2017 Rocky Mountain Audio Fest, held at the Denver Marriott Tech Center in Denver, Colorado, incorporates a separate headphone show called CanJam, an event that also takes place in six other cities around the world at various times of the year. The RMAF edition of CanJam is probably the biggest headphone show in the world for audiophile headphones, countless samples of which were on demo in one of the Marriott’s large ballrooms and in other locations.

I’ll start my coverage of RMAF CanJam with some of the coolest headphones and earphones I found during the first day of the show. I’ll have a “Headphones and Earphones, Part 2” article for you later; I had only enough time on the first day to get through about half of the ballroom. All prices in USD. 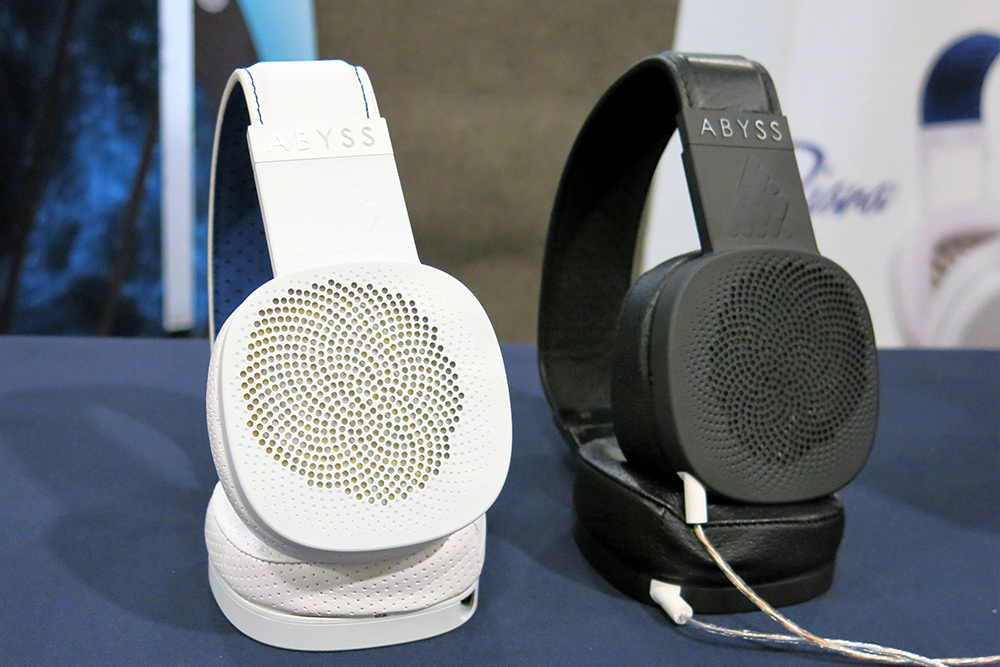 Abyss Headphones has earned a strong reputation among high-end headphone enthusiasts because of its great-sounding AB-1266s, which are among the bulkiest and heaviest headphones on the market. That’s why I was shocked to see the company’s Diana headphones ($2999), which feature one of the slickest industrial designs I’ve ever seen in a set of headphones. The company says that the open-back Dianas deliver about 95 percent of the AB-1266s’ performance, and that they use a very similar driver. They’re available in white, brown, or black. 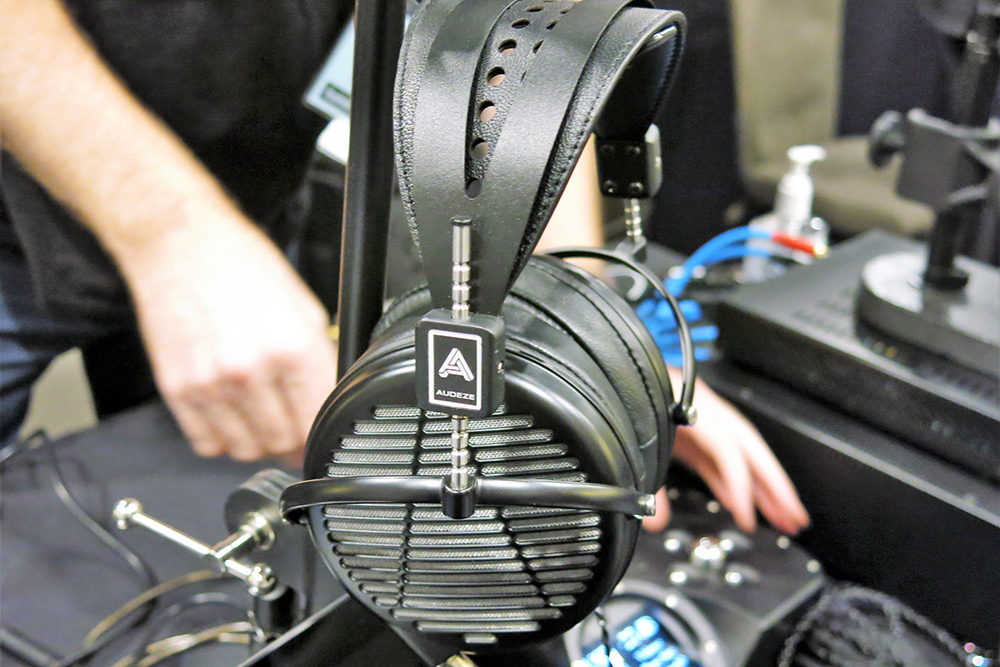 Audeze’s open-back LCD-MX4s ($2995) are a much lighter (and sonically superior) version of the company’s popular LCD-X headphones, inspired by complaints from recording engineers that the LCD-X headphones are too heavy to wear through a ten-hour studio session. Audeze used magnesium for the metal driver parts to shave off ounces. The driver uses the LCD-X diaphragm with the magnet structure of the flagship LCD-4 headphones. The company also showed the LCD-2 Classics, a new version of the company’s LCD-2s that uses the same drivers but omits the phasors (waveguides) found in the originals. Price is just $599, compared to $999 for the original LCD-2s. 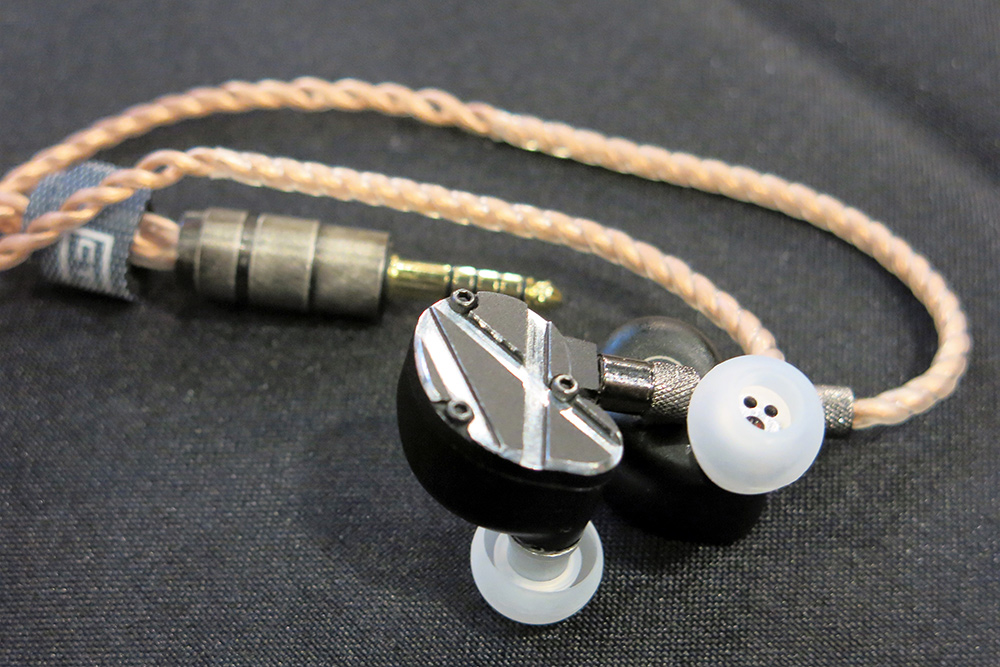 The Clear Tune Monitors DaVinci Series IX universal-fit earphones ($1999) look like they were built for use by tank crews. The machined-aluminum enclosure holds nine balanced armatures. I thought the IXes sounded promising, but the final design will have what the company says are some revolutionary acoustical tweaks. The earphones are shown here with the new Pentaconn five-conductor 4.4mm headphone plug, but the company isn’t sure if they’ll supply this plug or a standard 3.5mm plug. There’s also a ten-driver model, the X ($2399). 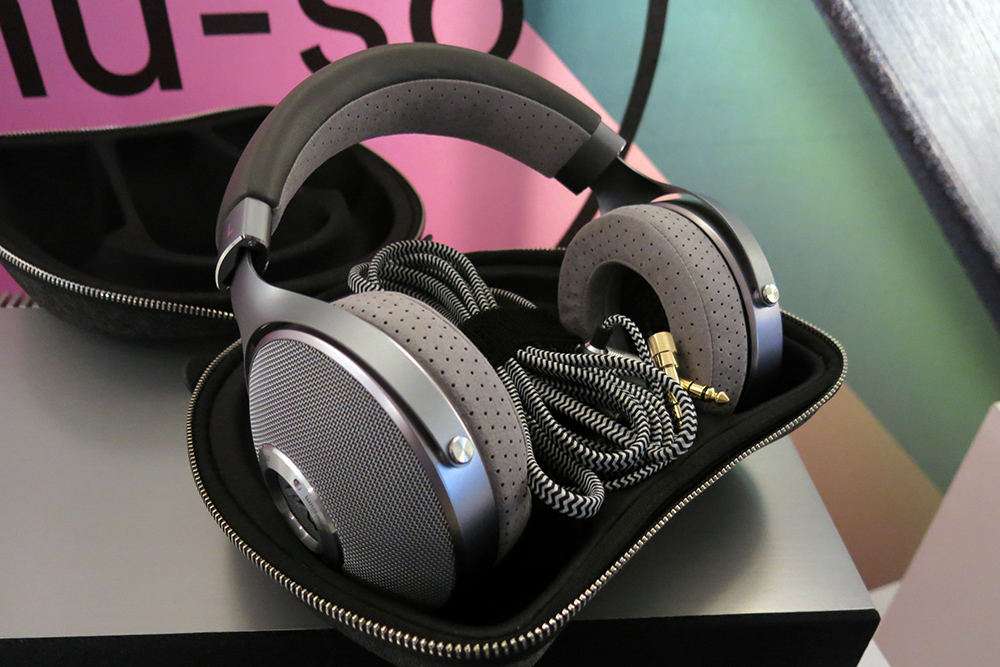 The Focal Clear ($1499) open-back headphones fill the gap between Focal’s Utopia ($3999) and Elear ($999) headphones. The 40mm aluminum-magnesium drivers use an M-shaped dome diaphragm similar to the ones in the company’s other high-end models, and are rated at 55 ohms with 104dB sensitivity, so the headphones should be pretty easy to drive. They come with a rigid carrying case and three cables: one with a four-pin XLR connector, one with a 1/4" plug and one with a 1/8" plug. 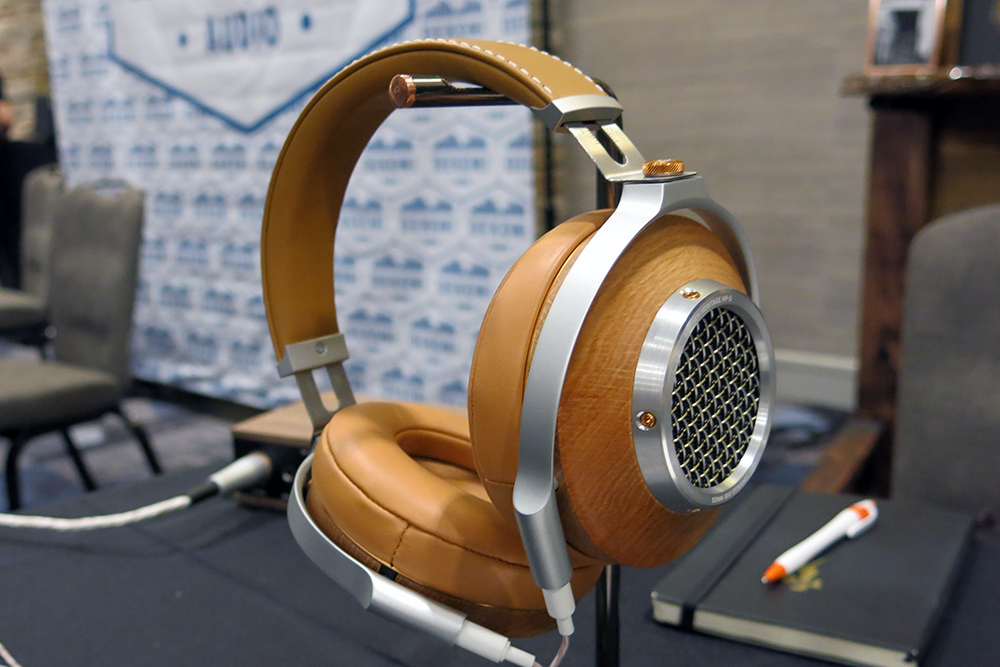 Klipsch showed early prototypes of its Heritage MP-3 headphones ($1199) at CES 2017 in January, but the design is done and the headphones have just started shipping. They use a 52mm biocellulose driver enclosed in solid oak, ebony, or walnut. According to Klipsch’s Vlad Grodzinskiy, the 25-ohm headphones can be driven by anything and are “genre friendly,” meaning they should sound good with any type of music. A headphone stand is included, and a matching Heritage Headphone Amplifier DAC-amp ($499) is also available. 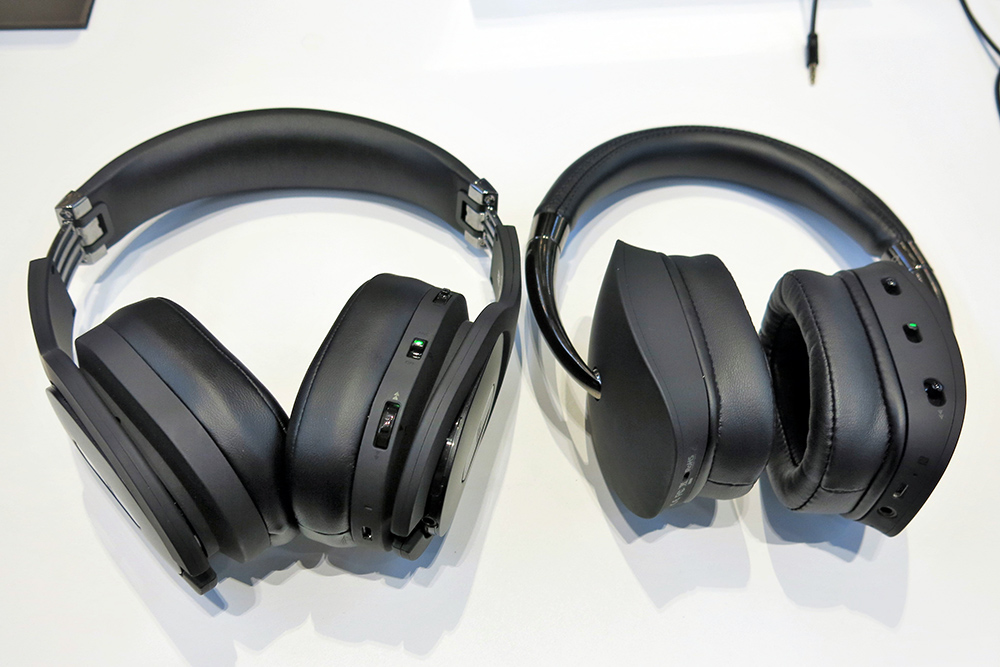 The PSB M4U 8s (left) and the NAD Viso HP70s (right) are new versions of the widely acclaimed PSB M4U 2 and NAD Viso HP50 headphones. Both were designed by PSB founder Paul Barton, and both include noise cancelling and Bluetooth. Each costs $399, and according to parent company Lenbrook, they are technically similar, although the M4U 8s’ noise-cancelling chip is different from the HP70s’. They’ll both be available in early November.