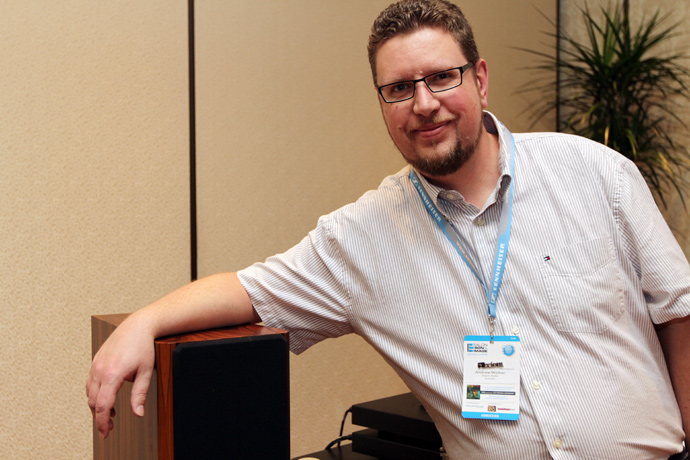 . . . of Axiom Audio, and previously of Mirage, tangoed with Axiom founder Ian Colquhoun over a pint to contrive the LFR 11, a bipolar speaker with 11 drivers. 11. For when ten just isn't enough. 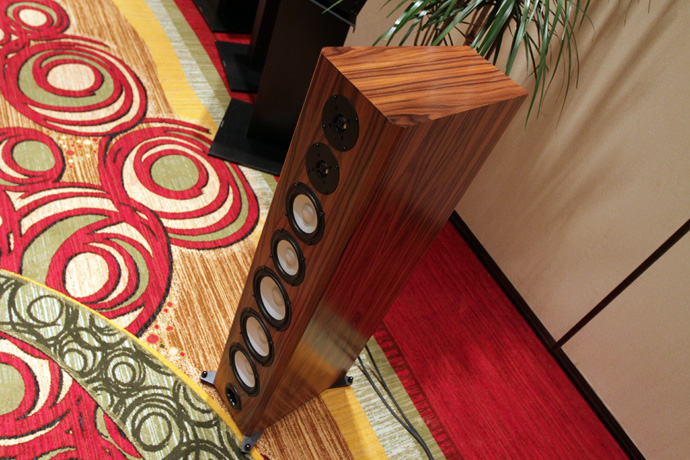 With two titanium tweeters, two midranges and three 6.5" bass drivers on the narrow front baffle, and another two tweeters and midranges on the rear, the LFR 11 is anything but redundant in the audio scene. Bipolar speakers are uncommon, but bipolar speakers with an external stereo DSP that necessitates four channels of amplification (left front, left rear, right front, and right rear) are noteworthy. 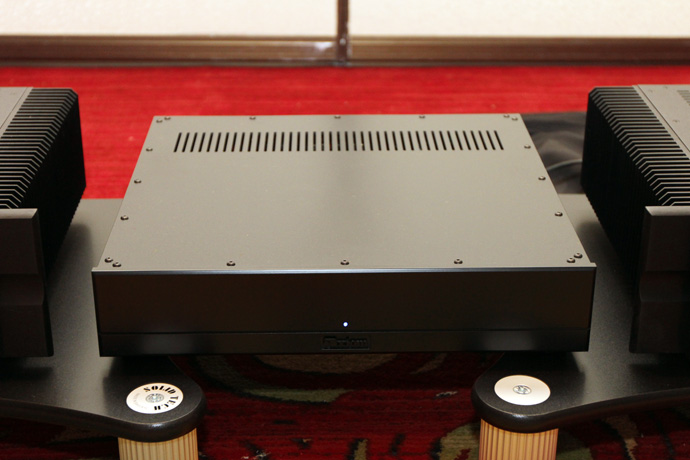 While that doesn't work so conveniently in my universe of integrated amplifiers, the Canadian speaker purports to offer the best of both worlds: the superb imaging qualities of direct radiators, in concert with the relaxed ambience of rear-firing drivers. The external DSP, crossovers, and drivers were all designed in-house, allowing Welker and Colquhoun to tailor the LFR 11 without limitations, establishing their own design tolerances rather than having to compromise the design of the alcohol-induced speaker. 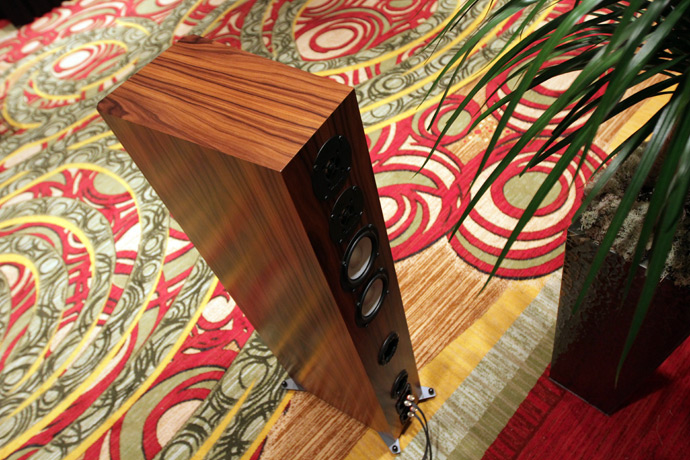 The result, at $3760, is outrageously expensive by Axiom's standards, but it's a relatively modest sum when compared to the price of some bookshelf speakers on display here in Montreal. Approaching full-range, the Axioms tripartite bass department is at full voice at 30Hz, and has usable extension down to the mid-20s. In totality, the new Axiom flagship speaker is, on numerous levels, a unique quantity among the rooms of the Hilton Bonaventure Hotel.

All in all, then, a productive night of drinking for Andrew Welker. The only things I usually sport the morning after are a hangover and a need for equal measures of coffee and dignity . . .