exaSound: Eight for the Price of Two . . . and Bring Some Headphones

I think I'm in the majority when I say that if I don't like the way an audio product works, I'm far more likely to bitch about it than to go and try to build something better. 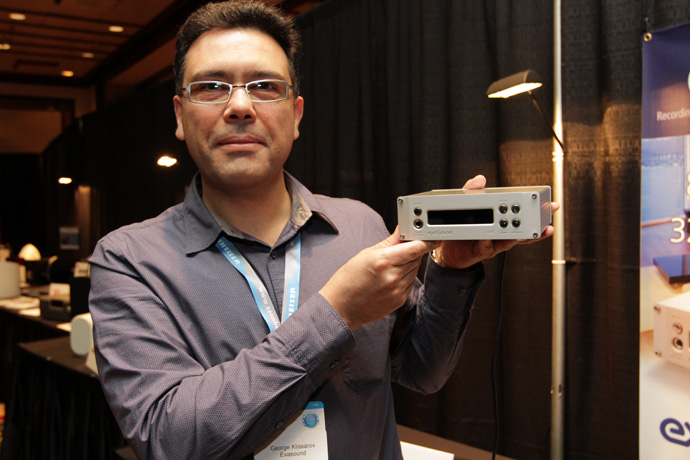 And yet George Klissarov has done just that. The resurgence of the DAC as a vehicle for computer-based audio has lead to a proliferation of the little converters, many of which rely on the same few chipsets. The more interesting ones, like exaSound's new e18 DAC, take an alternative approach to the translation of ones and zeros. Offering stereo and eight-channel mode, the 32-bit/384kHz Sabre chip lords over mini USB, S/PDIF, and TosLink inputs while also incorporating a hardware volume control and headphone amplifier. I don't know what DACs Mr. Klissarov was unhappy with, but based solely on the e18's specs, I suspect he succeeded in designing a product that could outperform them.

I say suspect because the e18 was on static display when I arrived. What caught my eye, rather than my ear, was that in stereo mode the e18 funnels all eight available channels into two, pushing already minute levels of distortion even lower. Clever. 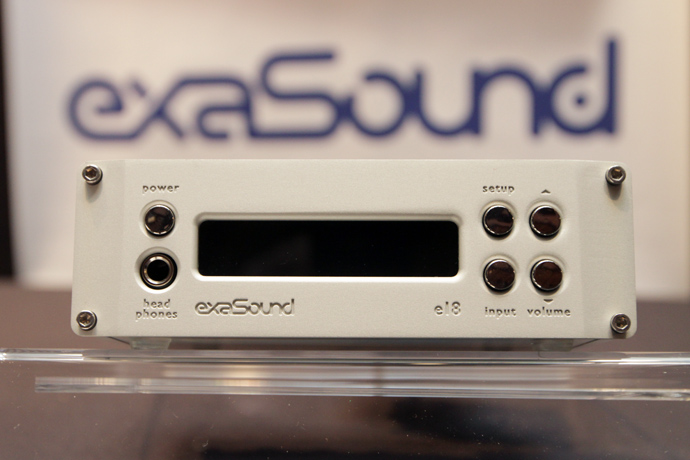 And then there's the price for all this functionality: as of right now, it's $1999 USD. The exceedingly compact little DAC, on paper at least, promises high performance and value by the bucketful. Eight of them, apparently. Thirty-day risk-free in-house testing makes the e18 an even more tempting proposition.

What does it sound like? Neutral. No more, no less, and unapologetically so. Klissarov has no interest in designing a product that does anything other than remain faithful to the original recording. Tube lovers might do well to look elsewhere, then. So, eight for the price of two? I'm skeptical by nature, but in this instance I'd love to be proven wrong.