Last week, the premier Southern California consumer audio show, T.H.E. Show Newport Beach, took place at the Hotel Irvine (yep, in Irvine, not Newport Beach). Like most regional hi-fi shows, T.H.E. Show Newport doesn't see a lot of new product introductions -- but it does include a few, as well as some of the first live public demos of products announced at CES the previous January.

In this article, I'll feature some of the new (or new-ish) headphones, headphone amps, and portable music players that I saw at T.H.E. Show, presented below in alphabetical order.

Note that this list isn't comprehensive, because I had to cover a lot of ground. The show featured seven floors of exhibits in the Hotel Irvine, and it occupied all of the hotel's meeting rooms and ballroom space, as well as a dedicated separate ballroom out near the pool, where most of the headphone exhibits were concentrated. So to all the manufacturers I've had to omit here, my apologies. 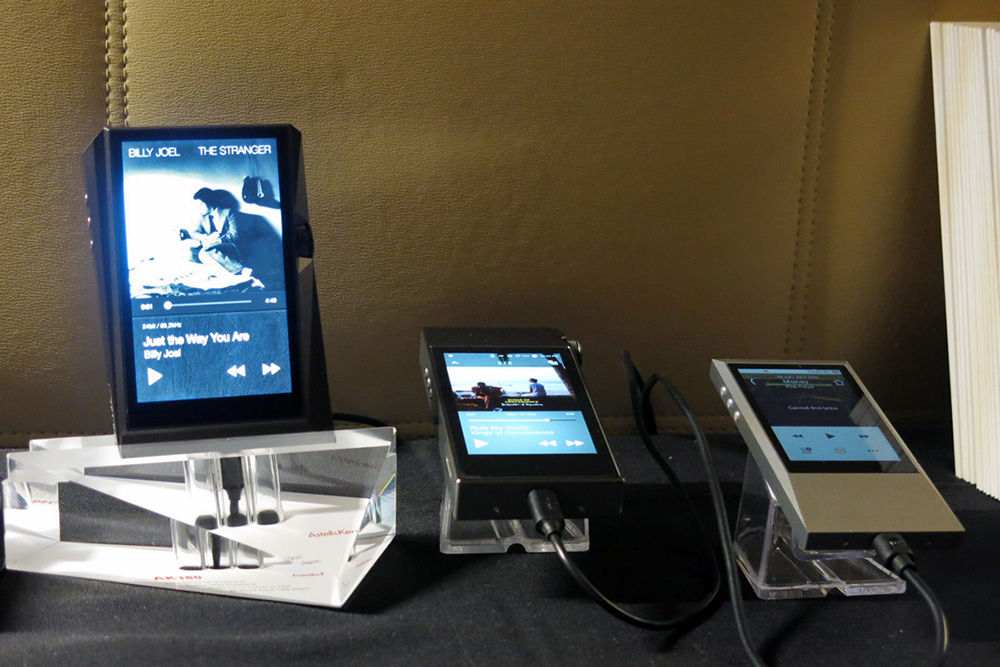 Astell&Kern's working to solidify its rep as arguably the biggest name in high-resolution portable audio players, with some new models that include DSD capability. The one on the left is the $3500 AK380, which features dual AKM DAC chips (one per channel), with 32/384 PCM and native DSD playback. Onboard Wi-Fi lets the AK380 stream wirelessly from networked computers and hard drives. The model at right is the $499 AK Jr., which can play DSD files but converts them to 24/96 PCM. 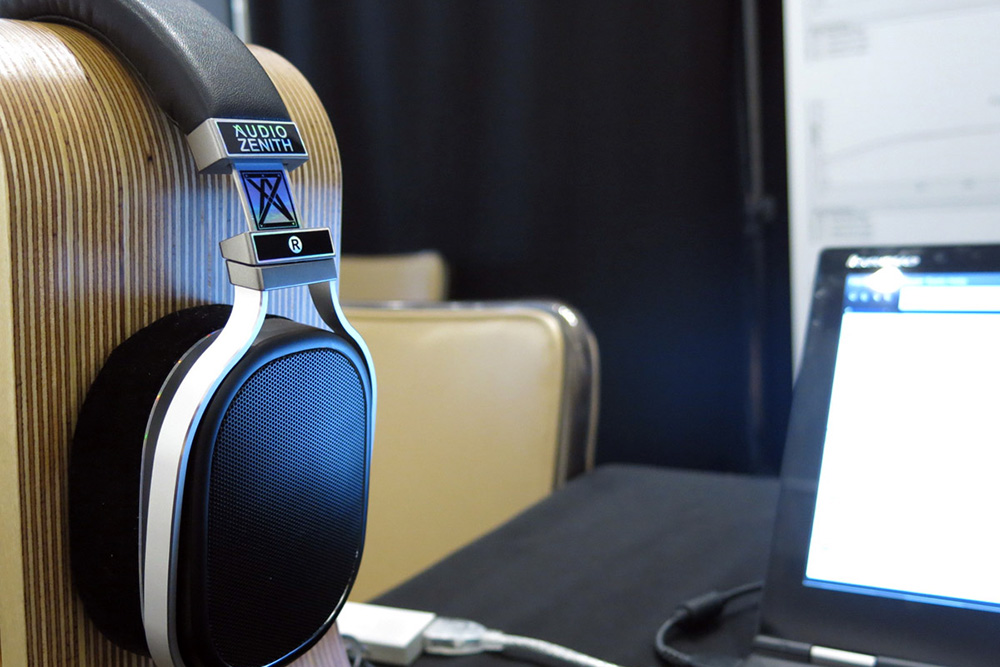 Audio Zenith's $1398 PM-X headphones are a modified version of Oppo Digital's $699 PM-2s. In our 20-minute conversation, it became clear to me that company founder Alex Zaets isn't some audio tweaker just messing around. He says he did more than 2000 different measurements in the development of his headphones, which include a new baffle design, earpads made using five different densities of memory foam, and an altered magnetic structure for the drivers. Based on my own highly imperfect acoustic memory, I'd say the modded model has more top-end air and sparkle than the original. 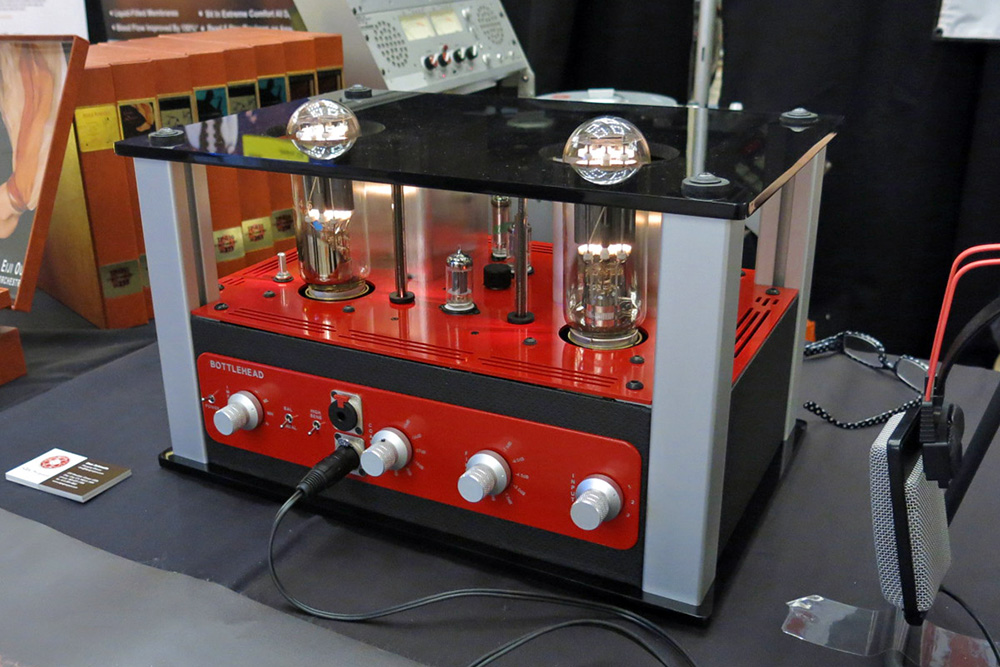 I've been a fan of kit maker Bottlehead ever since I built my $99 Quickie tube preamp, which measures and sounds as good as a lot of high-end models. The $10,000 NeoThoriator is a whole new level of cost and complexity for the company. It's not available as a kit, for one thing. It has stepped-resistor volume controls, one for coarse adjustments and one with finer steps. Two 845 tubes provide the power, and the NeoThoriator offers balanced and unbalanced output. 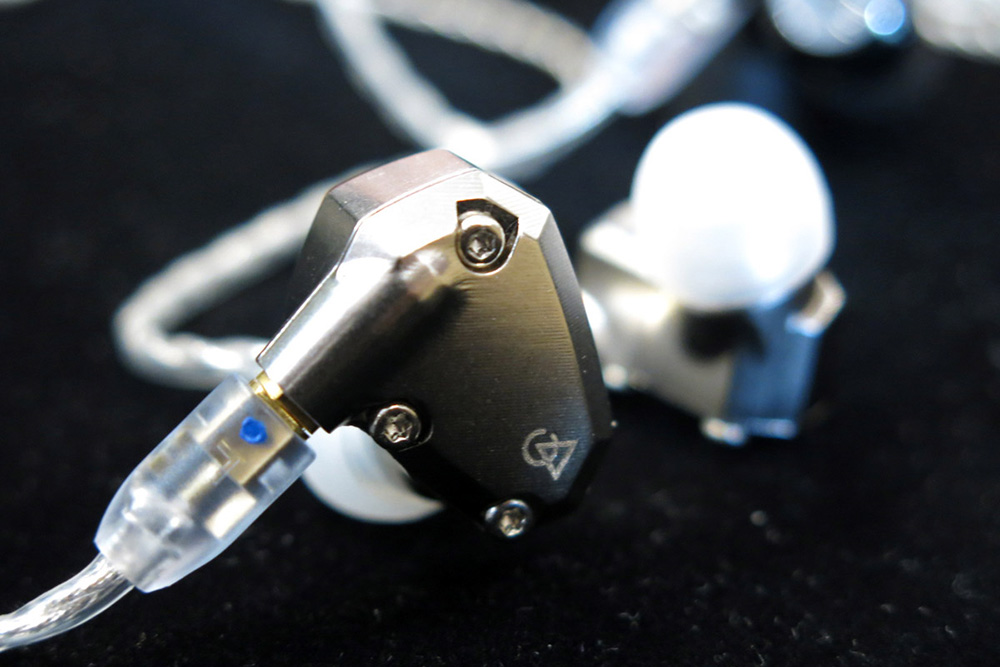 Campfire Audio is an offshoot of headphone-amp specialist ALO Audio. The company is launching three high-end earphones that all look well worth a listen. The one shown here is the flagship, the $1299 Jupiter model, which features four balanced-armature drivers in a CNC-machined aluminum enclosure. There's also the $749 Lyra, with a single beryllium-diaphragm dynamic driver in a ceramic enclosure; and the $499 Orion, with a single balanced armature in a CNC-machined aluminum enclosure. All three models will be out around the beginning of August. 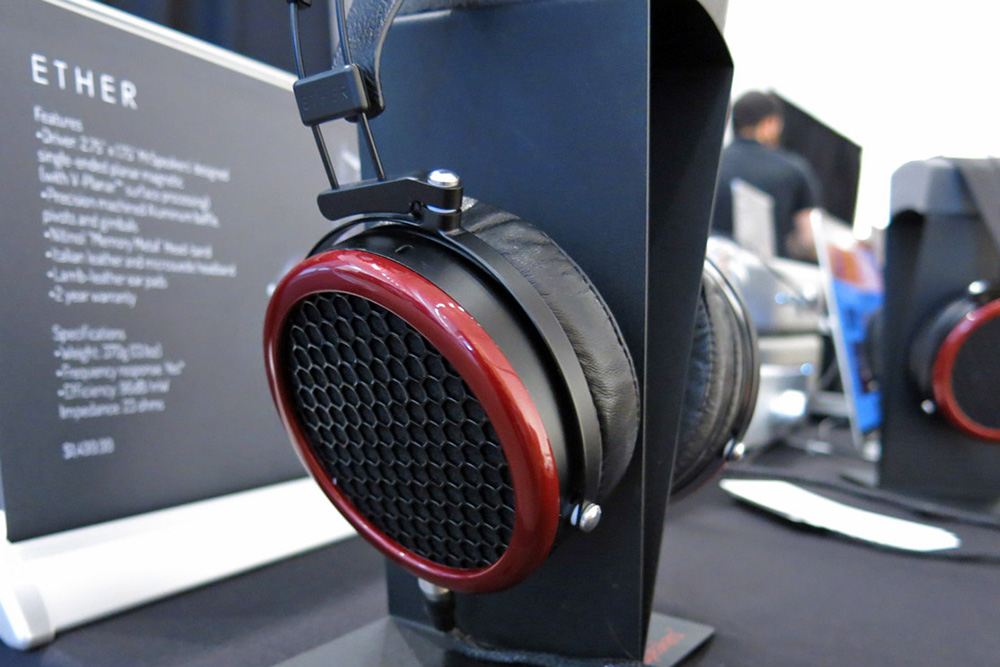 San Diego's MrSpeakers launched the Ether, the first headphone model the company has built entirely from scratch. (Until now, MrSpeakers has relied heavily on parts from Fostex's professional headphones.) "Even the screws and washers are custom-designed," company founder Dan Clark told me. The $1499 Ether is an open-back, planar-magnetic design. At 370 grams, it's light and comfortable, and I thought it sounded impressively detailed when driven by a custom Woo Audio amplifier designed to match the Ether's 23-ohm impedance. 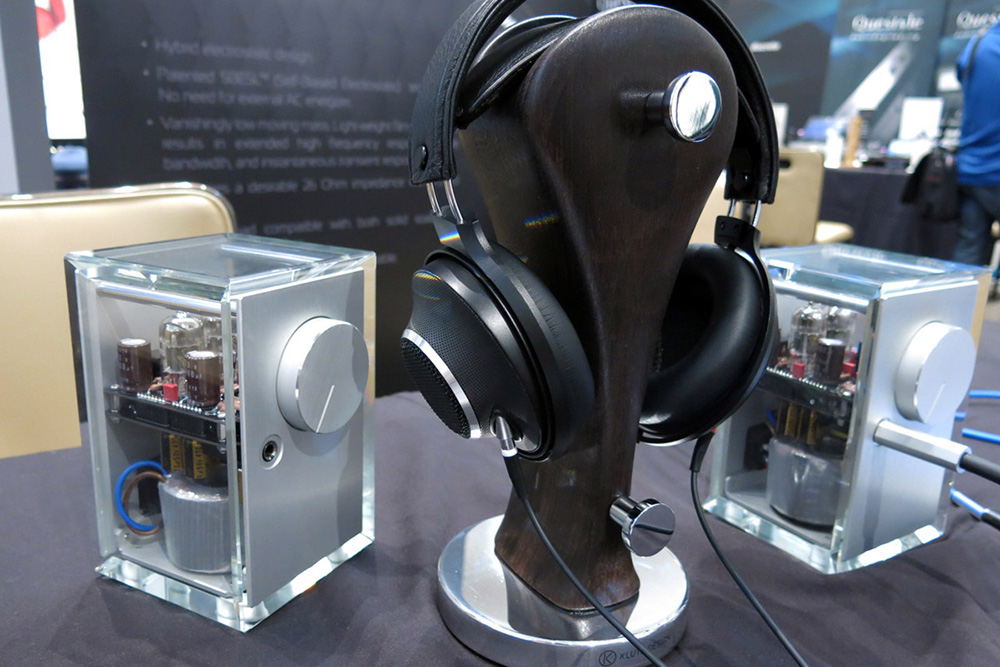 EnigmAcoustics' $1200 Dharma D1000 headphones combine the strong bass of a 50mm dynamic driver with the delicate treble of a small electrostatic panel, to get a "best of both worlds" sound. Unlike other electrostatic panels used in headphones, this model is self-biased and does not require a high-voltage power supply. Powered by the $1500 Athena A1 amplifier (which features a toroidal transformer and tubes in the amplifier and rectifier stages), the Dharma D1000 headphones sounded remarkably good with Oscar Peterson's classic recording of "Have You Met Miss Jones?" from We Get Requests. The bottom end dug in with deep-note power and upper-bass precision, and the treble sounded clear and present yet not harsh. 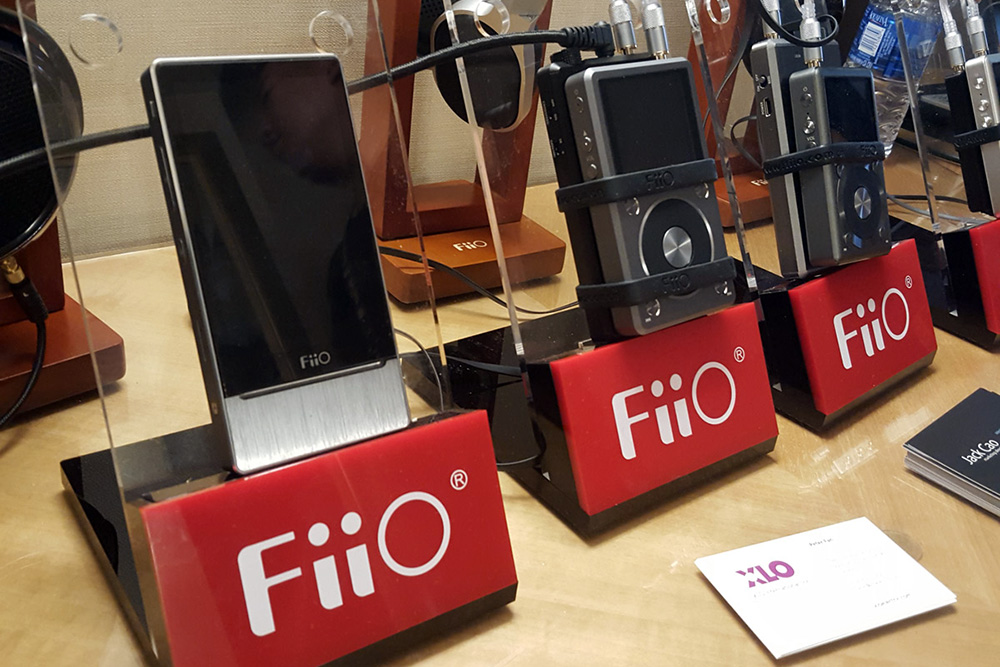 FiiO, a maker of affordable headphone amps and media players, showed several new products at T.H.E. Show, the most exciting of which was the X7 (shown at left), which will retail for about $700. It's a touchscreen-controlled player running an Android OS, and it's equipped with Bluetooth, Wi-Fi streaming, and is 24/192 PCM and DSD compatible. The coolest thing about it, though, is that the amp module on the bottom is detachable, and FiiO plans to offer different modules optimized for different types of headphones. Other new models include a new version of the X5 with DSD and a revised control system (roughly $350); the Q1 24/96 DAC-amp (roughly $70); and the A1 mini amp (about $30). 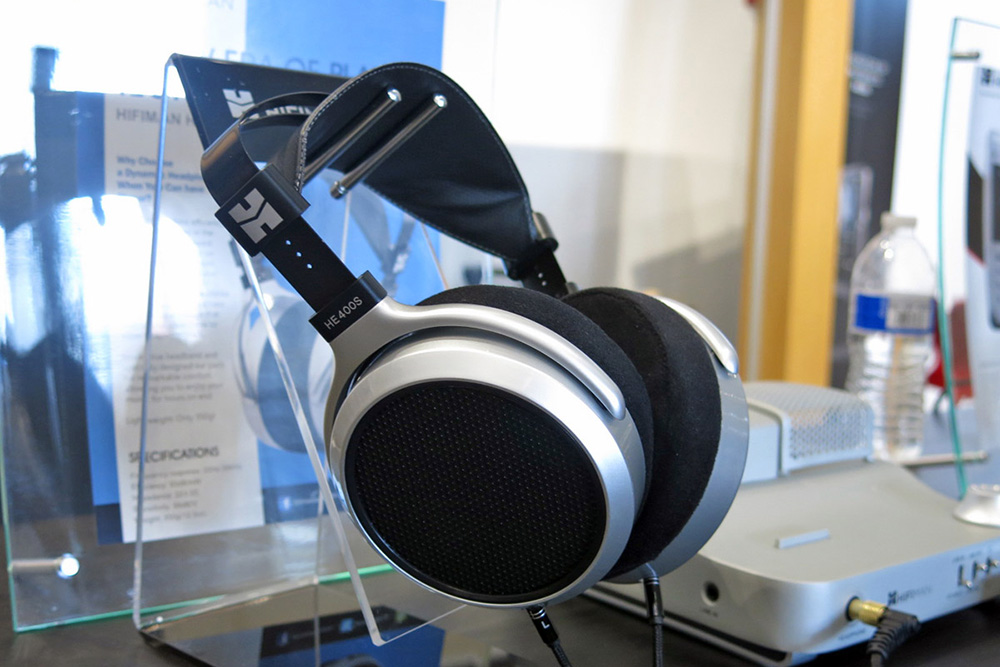 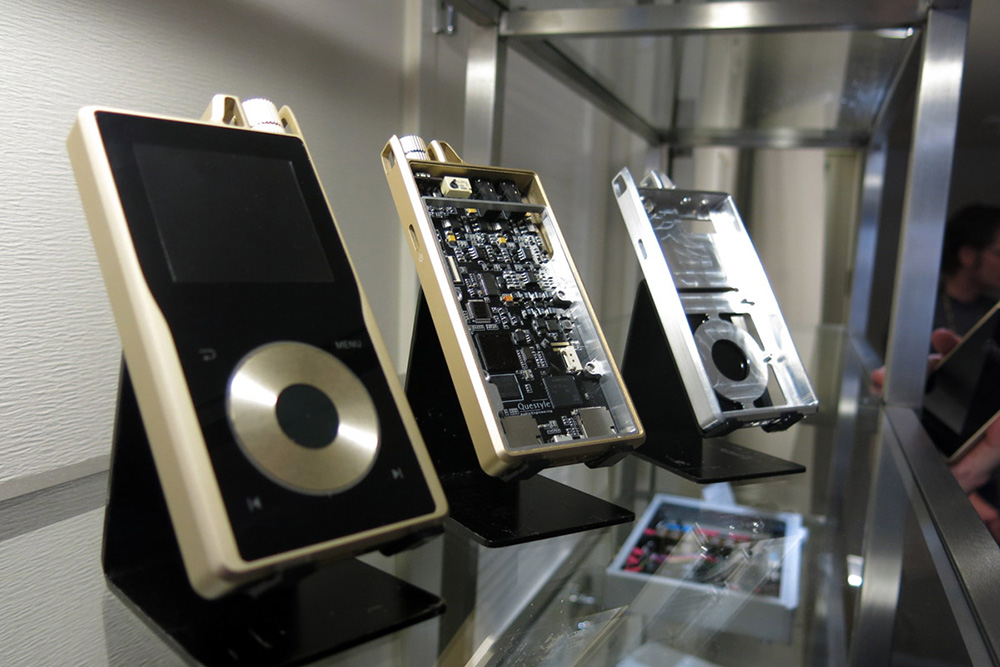 Questyle has built its name with high-end digital-to-analog converters and headphone amps, so the $599 QP1 and $899 QP1R portable music players seem like a logical next step. Both are beautiful little machines, built with a CNC-machined aluminum chassis and using Questyle's current-mode amplification, which, as I understand it, eliminates the usual bandwidth-limiting filtered feedback loop in the gain stage. Both also have two 128GB Micro SD memory-card slots, in addition to the QP1's onboard 16GB and the QP1R's 32GB. The QP1R is said to use the same design with better-quality parts and a slightly lower output impedance.