Since it moved to the much nicer venue of the Hotel Irvine last year, T.H.E. Show Newport has become one of North America’s more important regional hi-fi shows. The show’s website says that the show will feature more than 400 manufacturers. I walked some of the show yesterday during the press preview. Many of the manufacturers were still setting up in preparation for weekend crowds, but that didn’t stop me from noticing the first trend of the show. To my surprise, the most interesting thing I saw during the first day was the introduction of several shockingly affordable new headphones. It’s especially surprising after I spent so much of the first day listening to speakers costing more than $10,000 USD per pair. 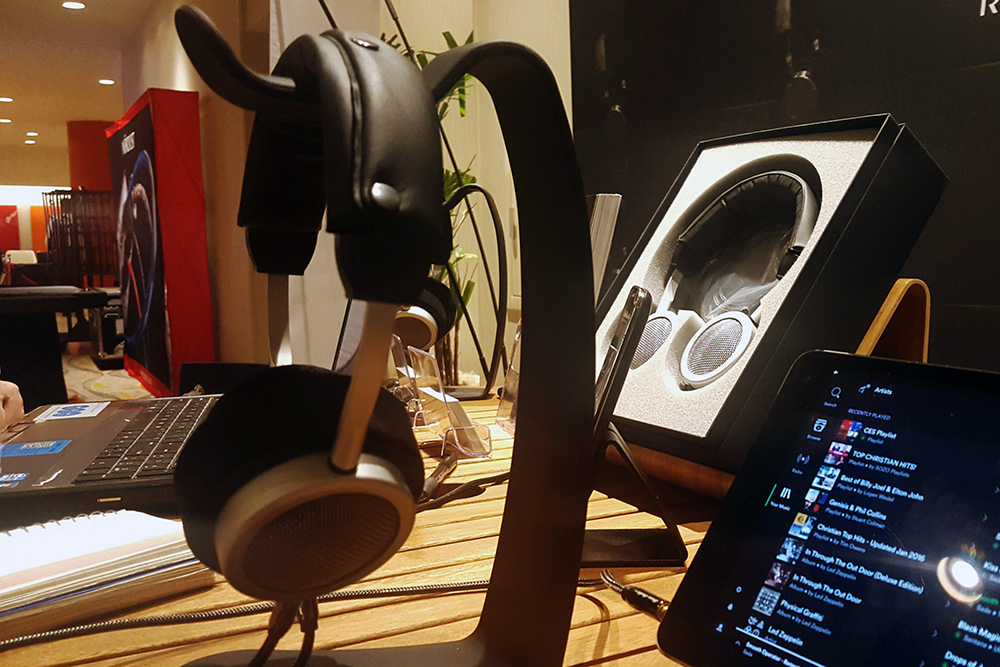 The first of the new headphones I encountered cost $300, which doesn’t seem all that inexpensive until you look at the aircraft-aluminum construction and learn that they’re made in the United States. The Base-Audio Reflex G7s are a semi-open-back design styled a bit like Grado headphones, but with softer earpads. The earpads are washable, the headband cover and cables are replaceable, and the earpieces fold flat for easier transportation. To my ears, the Reflex G7s definitely sounded like they were voiced for audiophiles, with clear and present treble and well-controlled bass. In other words, kind of like Grados. 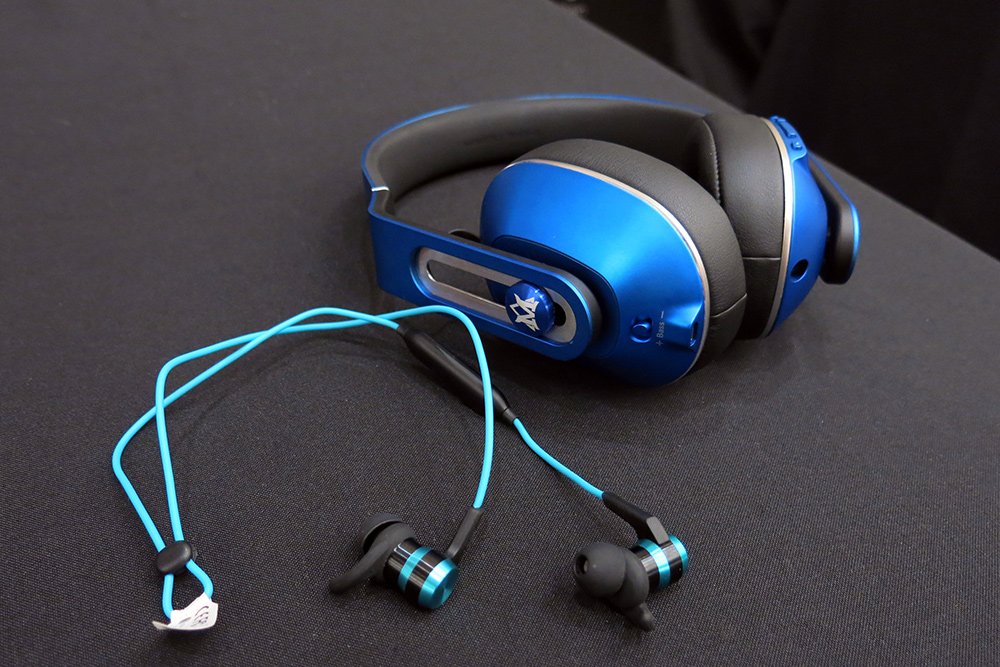 In just the last few months, 1More has made a name for amazingly affordable and good-sounding headphones, such as the $79 MK801s. The MK802s shown here are basically a Bluetooth version of the MK801s, although they’re enclosed and have larger drivers. In my brief listen, I thought the MK802s had a vivid-yet-natural sound similar to the MK801s. There’s one additional feature I liked: a switch on the side that lets you boost or cut the bass. Price is expected to be “at most” $129.

Shown with the MK802s are 1More’s IBFree earphones, a Bluetooth model with a sweat-resistant design. The IBFrees include a single dynamic driver per ear, and are expected to retail for about $49. Not shown are the $19 Piston Classics, less-expensive earphones that feature driver diaphragms made from stiff, lightweight beryllium metal -- a material commonly used only in much more costly models. 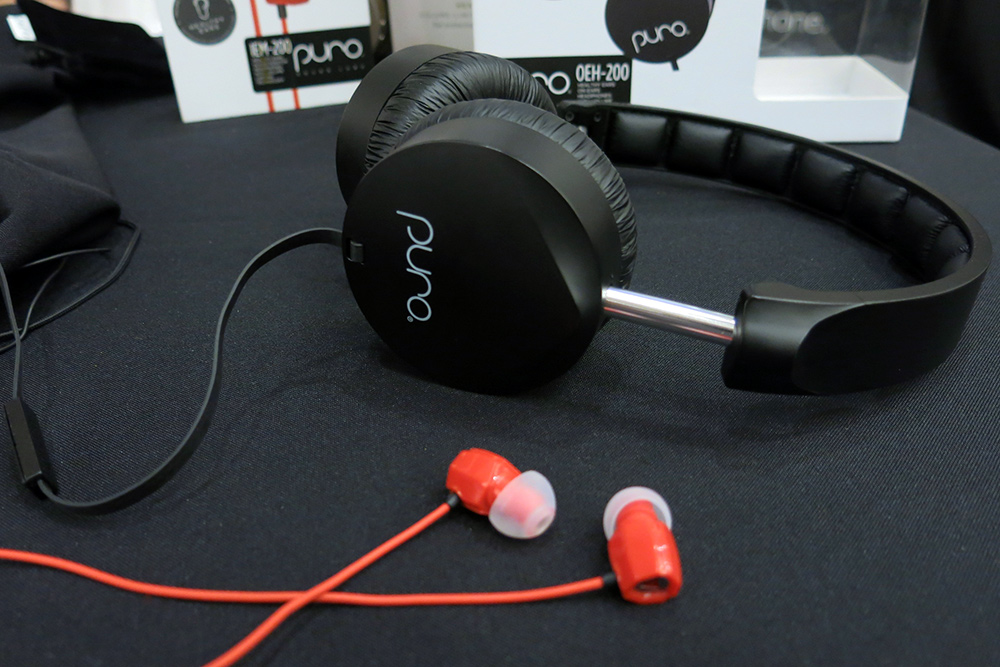 There’s a lot of worry these days about kids (and audiophiles) damaging their hearing by playing their headphones dangerously loud. Puro Sound addressed this problem last year with Bluetooth headphones built to play no louder than 85dB. But at $129 for the adult version and $79 for the kids’ version, they were a little expensive for some people. The new OEH-220 on-ear headphones limit sound through the use of resistors rather than active circuitry, and thus cost much less: just $39.

Like the original Puros, the OEH-220s are designed for above-average isolation from external sound, so you’ll get the most from those 85dBs. Technically it’s a kids’ model, but the headphones fit me just fine. And because the OEH-220s are voiced to sound neutral, rather than bass-heavy like most inexpensive headphones, they deliver really, really good sound for the price. I was surprised to hear that the listening level with my Samsung phone’s volume cranked to max was perfect -- loud enough to be satisfying, but low enough that it never pained my eardrums. There are also earphones, the IEM-200s shown here, that cost $29.

I’m sure I’ll see a few more new headphones here at the Newport show, but I doubt they’ll be anywhere near the prices I saw today.