I love the Tokyo International Audio Show (TIAS) for three reasons: (1) Tokyo, as a city, is a wonderful place to visit; (2) the event is extremely well run; and (3) you can often find products from great Japanese brands that aren’t always easy to find elsewhere. Case in point: the newest electronic components from Esoteric and Luxman, which made their debuts at TIAS. For Luxman, the three shown below were the company’s only new releases at TIAS 2016. Esoteric had many more introductions, but I focused on the three new Grandioso-series products, which represent the company’s top offerings. All prices in Japanese yen (¥). 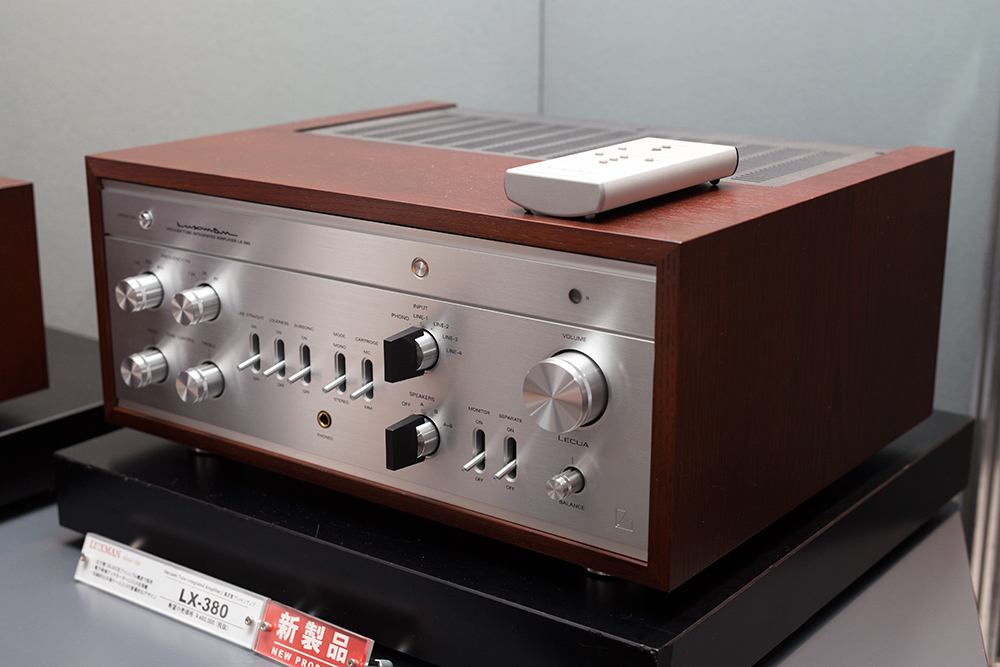 Decked out with wood panels on the sides, top, and bottom, the Luxman LX-380’s look harks back to integrated amplifiers I remember from the company in the ’70s (though this one comes with a remote control, while those didn’t). This vacuum-tube-based integrated is claimed to output 20Wpc into 6 ohms, 18Wpc into 8 ohms, or 14Wpc into 4 ohms. It has a built-in moving-magnet/moving-coil phono stage, plus four more pairs of single-ended inputs. The price for this very-retro-looking integrated is ¥460,000. 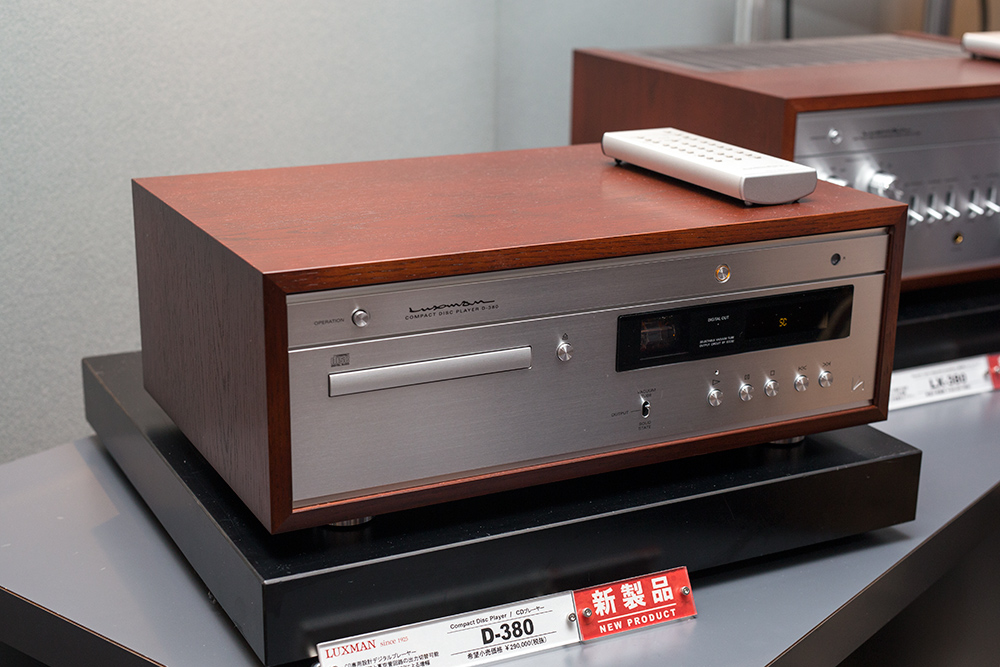 Designed to match the LX-380 is the new D-380 CD player, priced at ¥290,000. The D-380 plays only CDs and does not have any digital inputs, though it does have coaxial and optical outputs should you wish to forgo the D-380’s digital-to-analog conversion stage and ship the bitstream to an external DAC. I’m sure most won’t use the digital outs, though, because they’ll be missing out on the D-380’s most novel feature -- an analog stage that’s switchable between solid-state or tube output (the switch and tube are visible on the front panel). 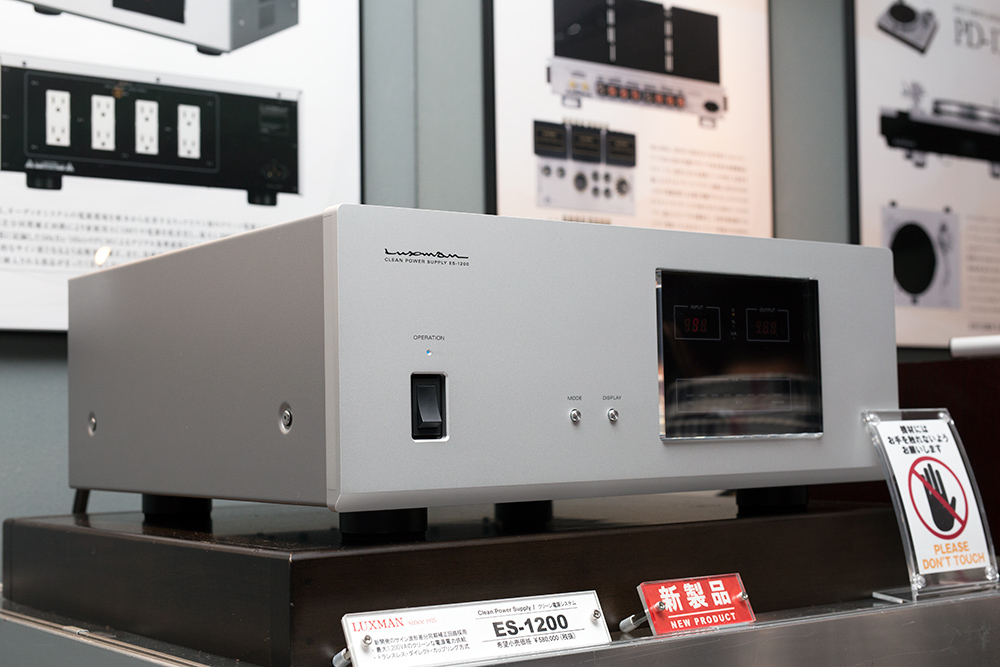 Finally, Luxman showed the ES-1200, what they call a “Clean Power Supply.” In North America we’d call it a power regenerator because it basically takes the incoming AC signal and then regenerates the waveform ideally, with near-perfect voltage and likely with much lower noise and distortion than what came in. Because the supplied literature was entirely in Japanese, I couldn’t glean too much information from it, nor could I take a look inside. However, a glimpse at its backside revealed eight receptacles and looking all around indicated topnotch build quality. That wasn’t surprising, since every Luxman product I’ve used has been built well and functioned flawlessly. I suspect that if I could have looked inside, I would have seen something that could be mistaken for a power amplifier, since that is how it regenerates the power. The ES-1200 is priced at ¥580,000. 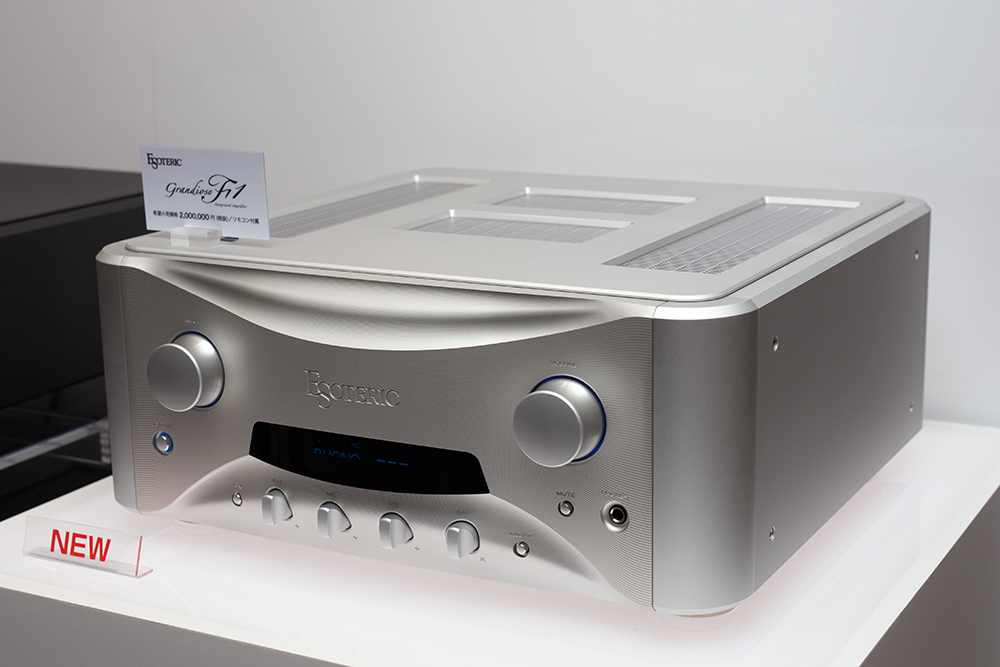 Esoteric showed the Grandioso F1, priced at ¥2,000,000; it is one of the biggest and most impressive-looking integrated amplifiers I’ve ever seen. However, because it operates in pure class-A, it’s not all that powerful -- 30Wpc into 8 ohms or 60Wpc into 4 ohms. As with the LX-380, there’s a nod to the past in its tone controls (marked Bas, Mid, Tre), which you don’t see often these days. There’s also a moving-magnet/moving-coil phono stage, which is old-school as well, but we’re seeing them more often given the resurgence of vinyl. On the other hand, there is a thoroughly up-to-date DAC-board option available for the F1 for ¥80,000 that supports up to 32-bit/384kHz PCM and quad-rate (11.2MHz) DSD. 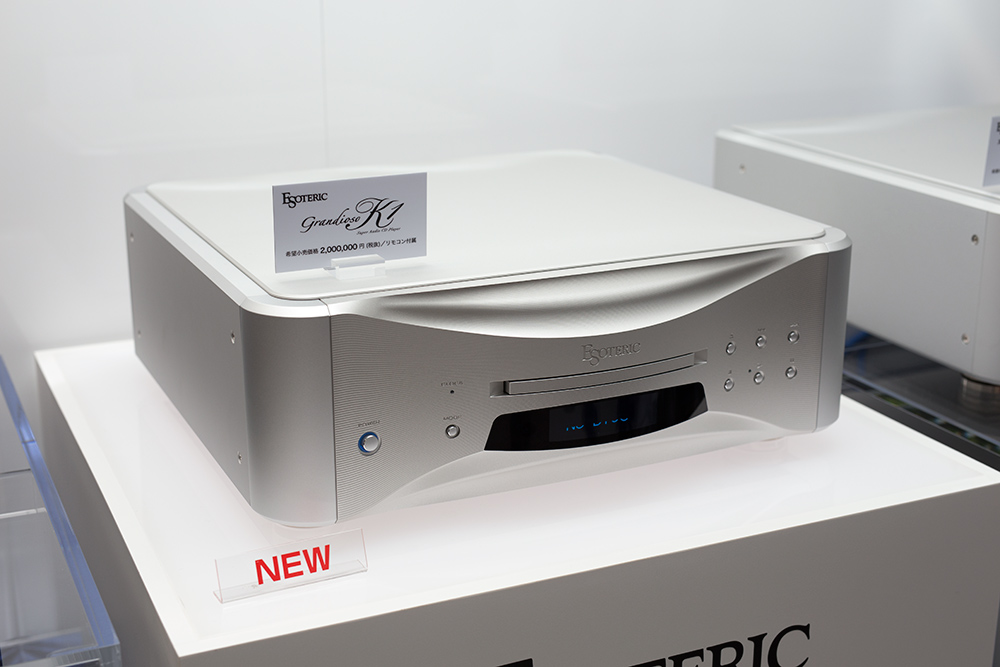 The new Grandioso K1 SACD player is also priced at ¥2,000,000 and is built just as beautifully as the F1. The K1 uses the company’s proprietary VRDS-NEO transport mechanism, while the digital-to-analog converter section, which supports up to 32-bit/384kHz PCM and quad-rate (11.2MHz) DSD, uses the Asahi Kasei Microdevices (AKM) AK4497 chipset, the company’s current flagship DAC. 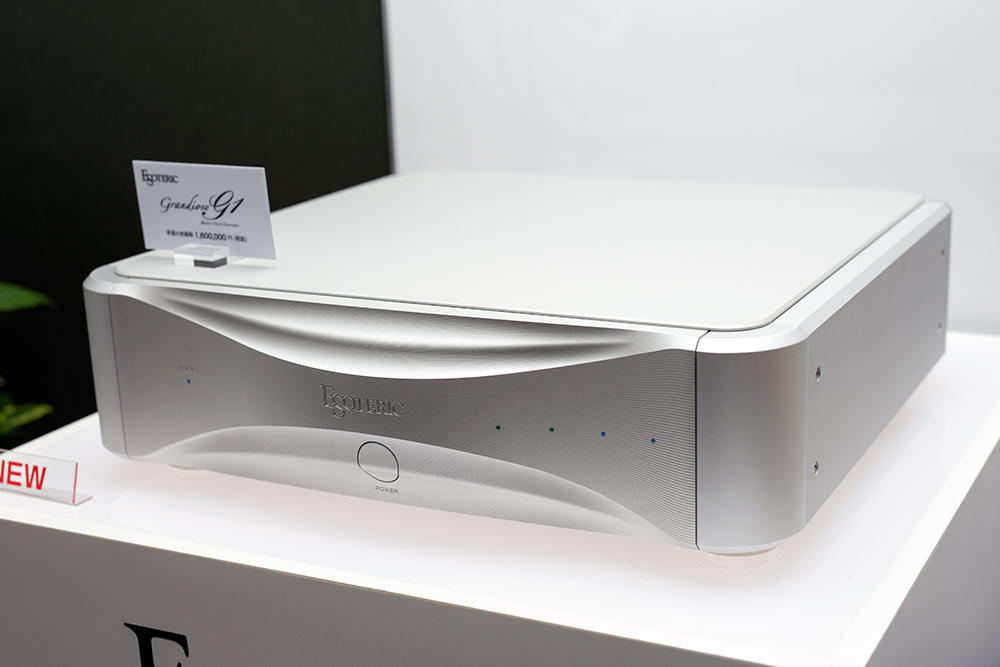 To improve the performance of the K1 or other Grandioso-series digital products, Esoteric now offers the G1, a 10MHz master clock generator. You can connect up to four products to it. Of course, the G1 looks like the other Grandioso products and appears to be built just as well. Its price is ¥1,600,000.