My first two articles about electronics at the Tokyo International Audio Show (TIAS) highlighted three well-known Japanese brands: Luxman, Esoteric, and Accuphase. This article focuses on several companies from outside of Japan. All prices in Japanese yen (¥). 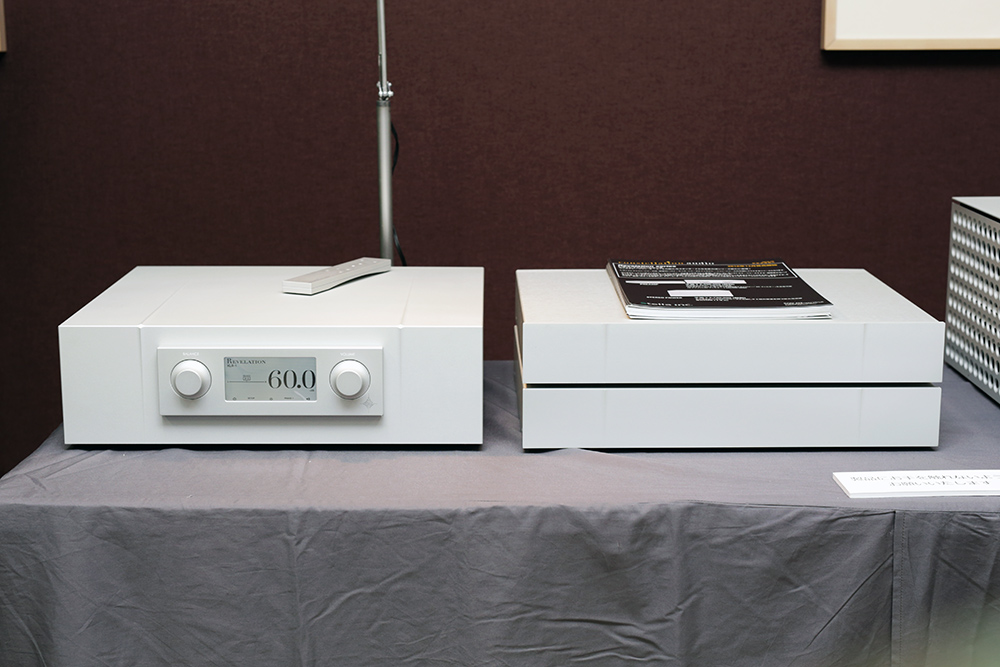 Constellation Audio used TIAS 2016 to launch its new Revelation series, which, price-wise, resides between its Inspiration and Performance lines (Reference is their most expensive line and is above Performance). The sole preamplifier in the Revelation line, the Preamp 1.0, is priced at ¥2,400,000 and comes with an external power supply (top case in stack at right). For ¥680,000 more, you can add a DC filter (bottom case). 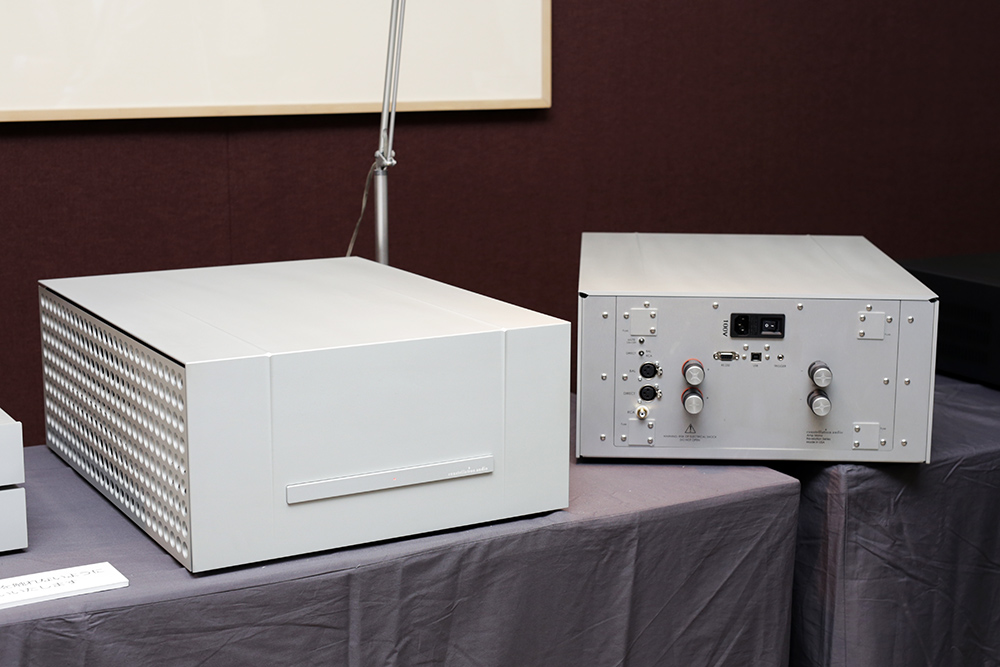 The Revelation series also has two amplifier models: the Mono 1.0 monaural amplifier (shown in photo) and the Stereo 1.0 two-channel amplifier, respectively priced at ¥5,400,000 per pair and ¥2,700,000. The Mono 1.0 is rated to deliver 500W into 8 ohms or 1000W into 4 ohms, and the Stereo 1.0 two-channel amplifier is rated at 250Wpc in 8 ohms or 500Wpc into 4 ohms. I learned that in the future we’ll also see a Revelation-series phono stage. Like Constellation Audio’s other products, the Revelation-series components are manufactured in California, USA, which is also where the company is based. 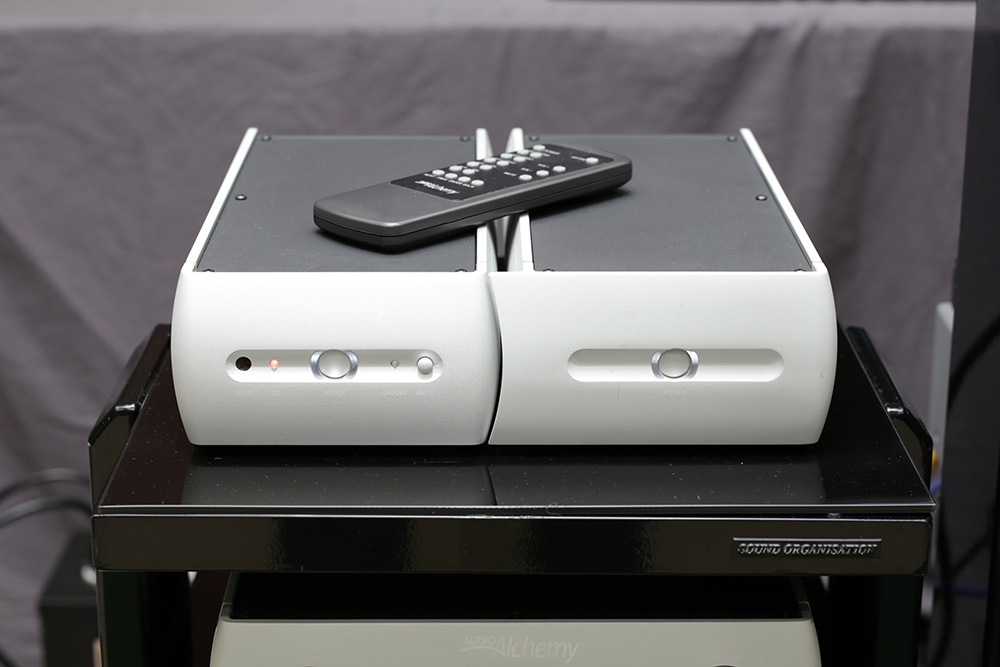 The Audio Alchemy brand was very popular in the late ’80s to early ’90s, but then went out of business. A few years ago, chief designer Peter Madnick revived the brand and has been doing well with it. Like Constellation Audio, AA is based in California. TIAS 2016 was used to launch the production version of the DMP-1 music player (a prototype was shown earlier in the year), which is priced at ¥320,000. The DMP-1 supports single-rate DSD (DSD64) and PCM up to 24-bit/192kHz. The DMP-1 is Roon Ready and is controllable by the Roon app, which is available for iOS or Android platforms. For those who haven’t tried Roon, I recommend giving it a go -- it’s fabulously intuitive music-playback software. On the DMP-1’s right is the company’s optional PS-5 power supply, priced at ¥120,000. You don’t have to buy the PS-5, since the DMP-1 comes with a little wall-wart-type supply, but Madnick said that the PS-5 improves the performance a little bit. 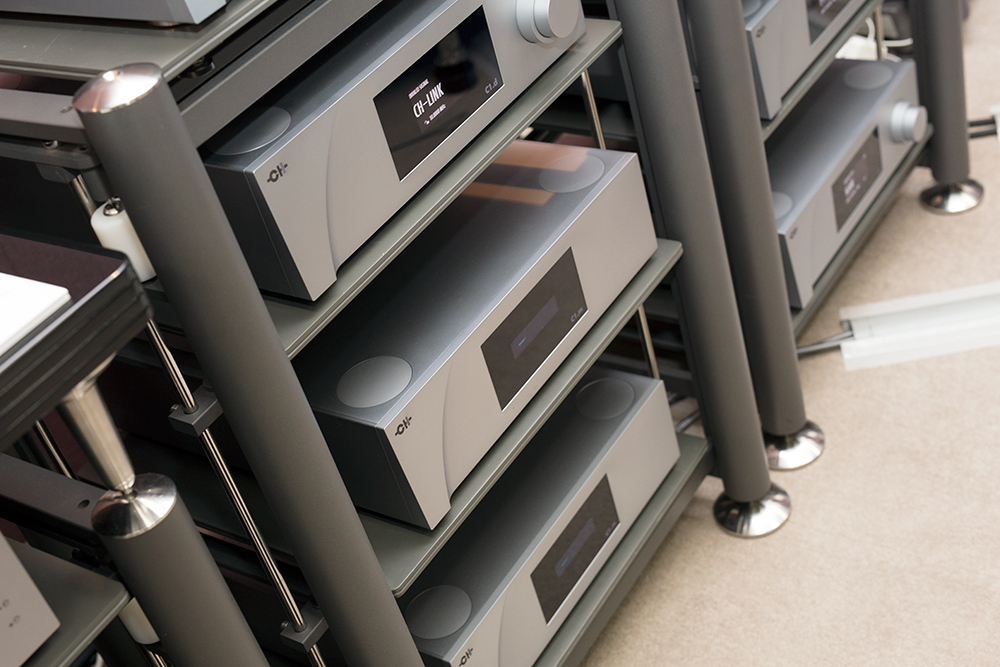 CH Precision’s original C1 digital processor is a single-box design and is still available for ¥3,400,000. It supports PCM up to 32-bit/768kHz and up to double-speed DSD (DSD128). At TIAS 2016, the company unveiled the three-box C1 “mono” processor, which reportedly improves upon the C1’s performance by lowering noise and distortion and improving channel separation. The topmost box shown in the rack is the C1.d, which houses the digital-processing circuitry. Two C1.m mono converters are below, one for the left channel, the other for the right. The mono system costs ¥8,600,000, but any existing C1 owners can have theirs upgraded to it for ¥5,200,000 at the company’s factory, which is located in Switzerland. 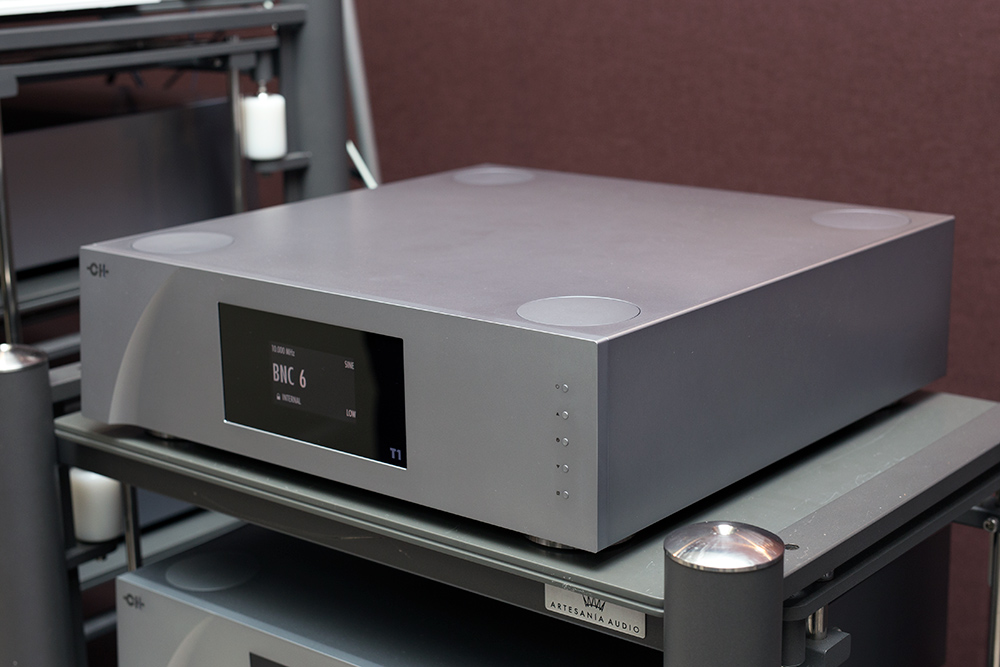 Want to upgrade the C1 mono system further? CH Precision also showed the T1 master clock, which is priced at ¥3,000,000 and can be used with the company’s various digital components. The T1 has a high-quality clock built into it, but its defining feature is a ¥400,000 GPS add-on that allows it to communicate with satellites and, in turn, use their cesium-based clocks. According to cofounder Florian Cossey, cesium-based satellite clocks provide better accuracy than rubidium, which is typically used inside of high-end external clocks. Florian also said that although he couldn’t be 100% sure, he was pretty certain that CH Precision is the first high-end hi-fi company to use GPS technology this way. 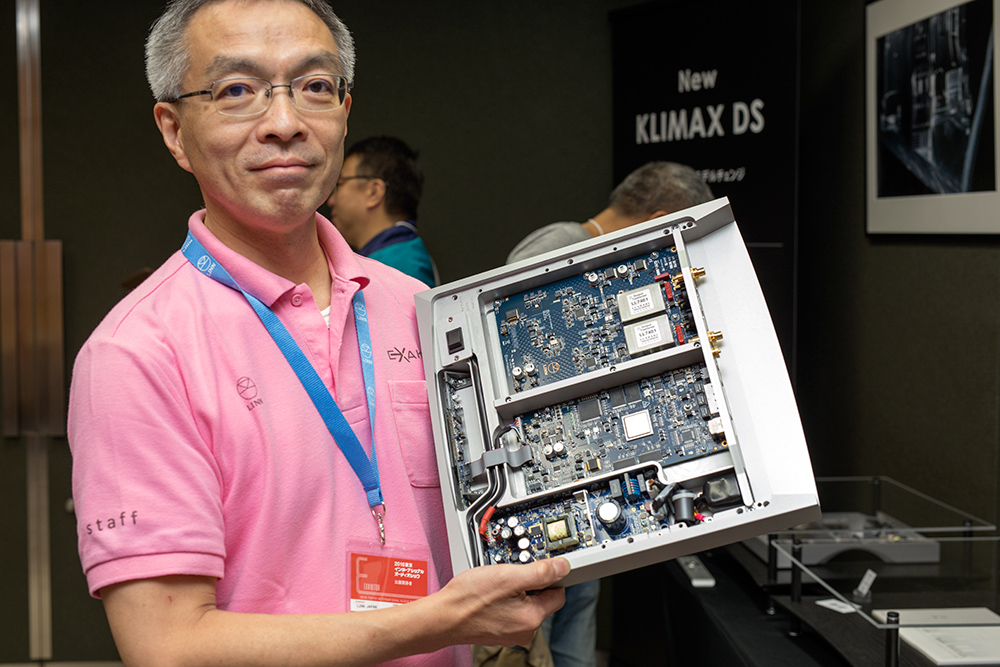 Masaki Furukawa, Linn Japan’s senior managing director, is shown holding up the new Linn Klimax DS/2 streamer, which is priced at ¥2,500,000 and features the Scottish company’s fourth DAC architecture, called Katalyst, which uses Asahi Kasei Microdevices (AKM) AK4497 digital-to-analog conversion chips at its core. According to Linn’s literature, “Katalyst takes an unprecedented level of control over the critical elements that lie at the heart of the analogue signal’s creation; offering improved Data Optimisation, superior Master Clock, independent Power Supplies, a new ultra-low distortion Output Driver and crucially, for the first time, a high-stability input Reference Level.” Katalyst is also available in the Linn Klimax DSM/2, which offers the streaming functionality of the DS/2, but also adds preamp functionality. It is priced at ¥2,800,000. Owners of the Klimax DS and DSM can upgrade to the DS/2 and DSM/2, though the costs for these upgrades was not available. 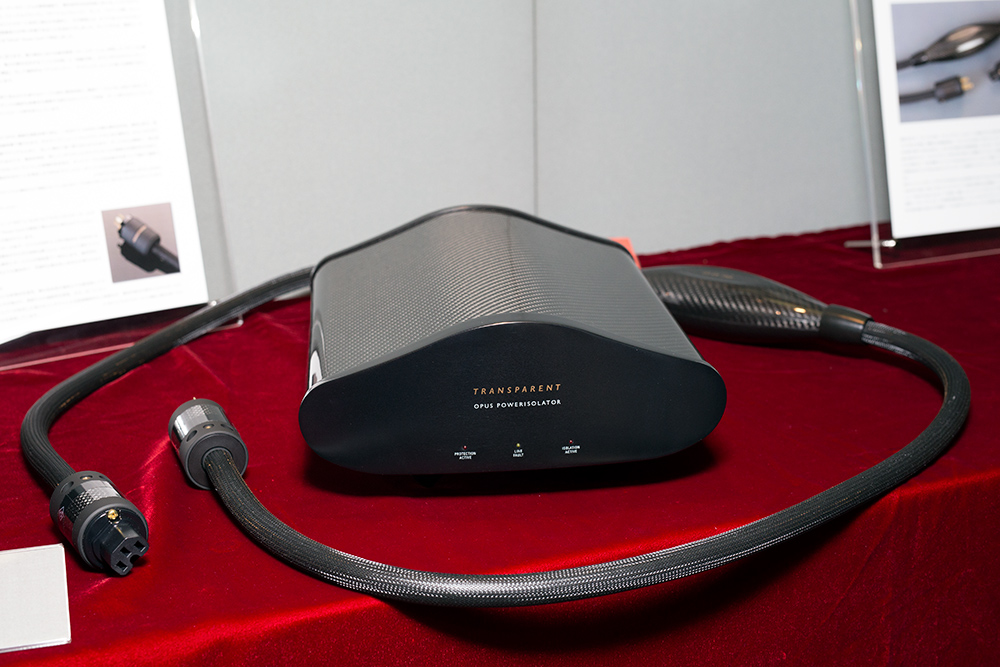 According to Bob McConnell, Transparent Audio’s director of business development, the company’s new Opus power conditioner provides “extraordinary levels of noise suppression” that is intended to enhance the performance of components plugged into it. Its price of ¥1,950,000 includes an Opus power cord, which, sold separately, retails for ¥750,000. Similar to the company’s network-boxed cables, there is little information about what’s actually inside the Opus. From the outside, however, I thought its carbon-fiber-based casework looked stunning. Transparent Audio is based in the United States.