When I first talked to Shunyata Research’s Grant Samuelson back in May 2015 about the company’s products, I could sense that he initially thought I was a power-cord skeptic -- someone who didn’t believe cords or conditioners could make a hint of difference to the sound of a system. It was probably because he could hear some hesitation in my voice when we started talking. 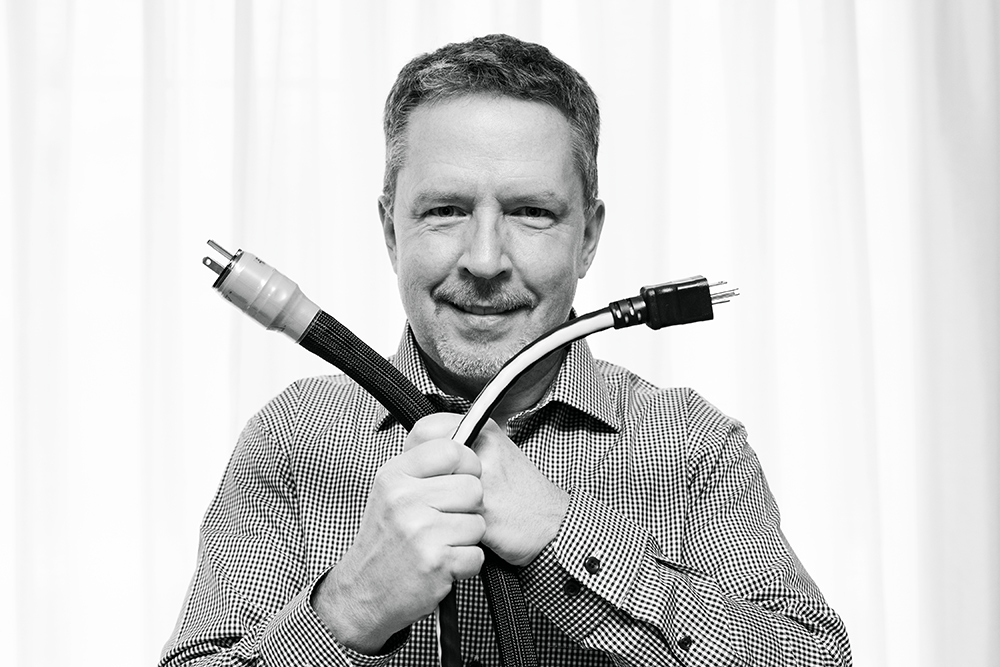 Realizing that Grant probably thought one thing while the truth was another, I decided to clear the air by explaining what my hesitation was about -- that I’d had plenty of positive experiences with power-related products, starting about 25 years ago, but some bad as well. And the bad outweighed the good.

For example, I told him that I used to have an expensive audiophile-type power bar that was supposed to be built to a high standard, but later, after it almost destroyed amps and preamps hooked to it, I learned that the soldering inside was so poor that the internal wires weren’t making proper contact with the connectors. Another time a manufacturer sent enough power cables to use with all my components, but didn’t tell me that despite having the third prong for ground visible on both ends of the cables, there were actually no ground wires in any of them. This posed three problems. One was that with no grounds, the chance of shock from an equipment fault was obviously higher. The second was that my insurance doesn’t allow me to have all this equipment hooked up with no grounds, so I didn’t need these cables around if my house burned down. The third was the moment when I actually realized that I had no ground connections anywhere -- when I flicked my system on with all those groundless cords in, an extremely loud hum burst out of my speakers. I have no idea whether that massive hum could’ve damaged my speakers (likely, if I left it on for long enough), but after that, I pretty much stopped screwing around with audiophile-type power cords and have since stuck to generic cords with CSA or UL approval stamped on their jackets. My power strips have come from the power-tool areas at places such as Home Depot and Canadian Tire -- I figure that if a power product is safe for a workshop, it will be safe for my audio gear and my house. To me, safety takes precedence over any slight improvement to the sound.

On the positive side, I remember the first time I hooked up a good power cord to my amplifier and heard a noticeable drop in the noise floor -- color me impressed. Then there was the ExactPower EP15A power regenerator I reviewed and then used for years when I lived in an apartment. It cleaned up a lot of noise-related problems that I could hear through my speakers. I ended up selling the EP15A to fellow-reviewer Philip Beaudette, who currently lives in an apartment and still uses it to this day because he battles the same kinds of issues I did. I also know the benefits of having dedicated lines for my equipment, something I learned back when I worked as a computer guy in the ’80s and ’90s. Having clean power to certain pieces of equipment was mandatory to ensure they were always working correctly and not getting interference from other things plugged into the line. As a result, when I set up my listening room in my house, the first thing I did was have dedicated lines put in.

Hearing that, Grant seemed more at ease, so he made a simple suggestion: he’d have the company send up enough power cords for all my components, plus a couple of their power distributors. He assured me with a smile and a bit of a laugh that everything would have grounds intact (I tested everything they sent anyway, just because that’s now standard procedure around here), and that I could simply hook it all up and report back with what I heard. That report is this article -- he still doesn’t know what I think. 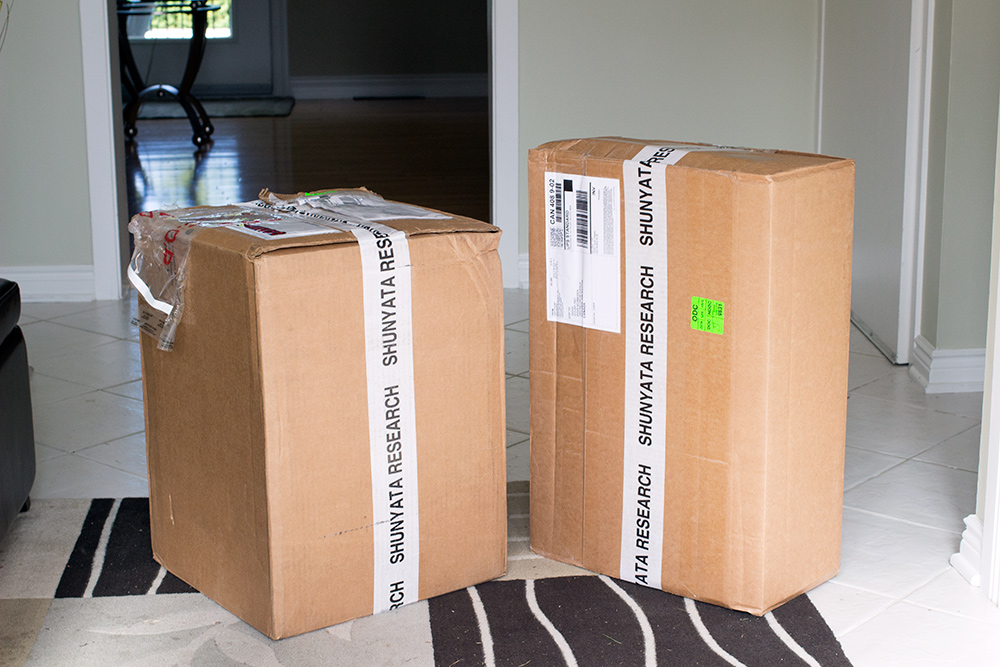 In late October, two pretty-big boxes arrived at my door housing two Venom PS8 power bars, two Venom Defender noise and surge suppressors (one for each PS8), five sets of Venom HC power cables, and three sets of Alpha HC power cables. Each PS8 is priced at $695 USD, and each Defender is $195. The prices for 6’ lengths of Venom HC and Alpha HC are $295 and $1250, respectively (HC stands for high current). Grant said they sent two types of power cables so I could try one of their lower-priced models first, then go more upscale from there.

As I was unboxing everything, I was taken aback by how substantial Shunyata’s products are made. Each PS8 weighs just over six pounds and feels solid, which is mostly due to the steel chassis and stainless-steel cover. The receptacles all appear to be of very good quality. Some flimsy power bar the PS8 is not -- it’s built like a tank. The PS8 also looks pretty nice, something I never thought I’d say about a power bar. 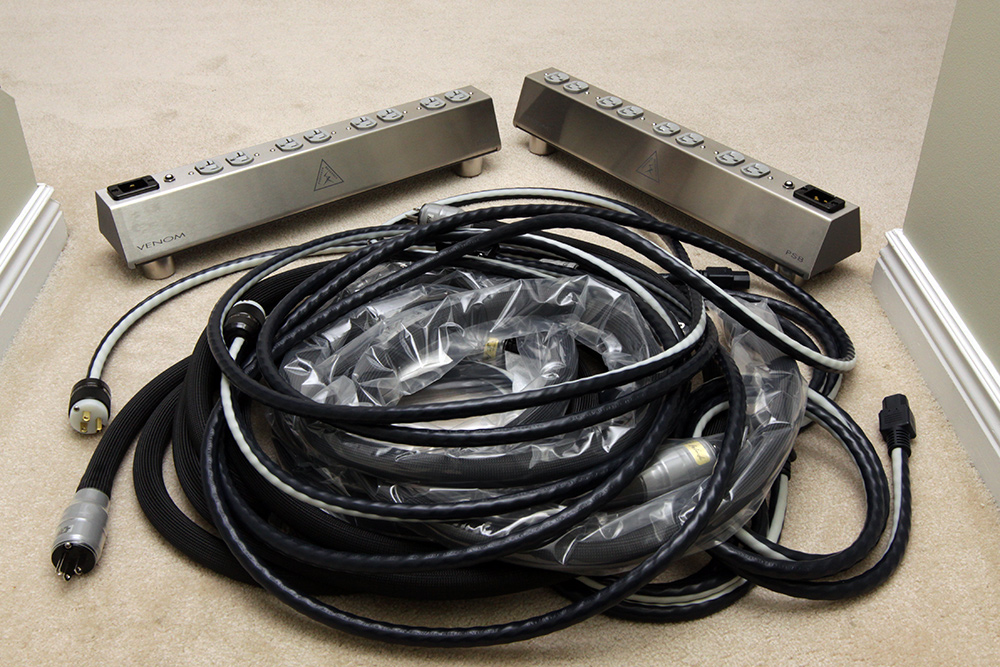 The power cables also feel substantial, with the Alpha HC being particularly hulking -- it has a super-thick black-colored jacket surrounding the wires inside -- but is also surprisingly flexible, which is important when you’re winding it around an equipment rack. The Venom HC, which has a striped PVC jacket, also feels sturdy and looks really well built. Even though it’s an entry-level cord from Shunyata, it doesn’t feel cheap whatsoever.

That said, the one product that doesn’t bowl you over visually or impress you with its weight is the Defender, which is just a little thing you plug into a receptacle. In fact, with it being that small, I wondered if it could work. But that’s also why Grant simply sent it along with everything else to try. 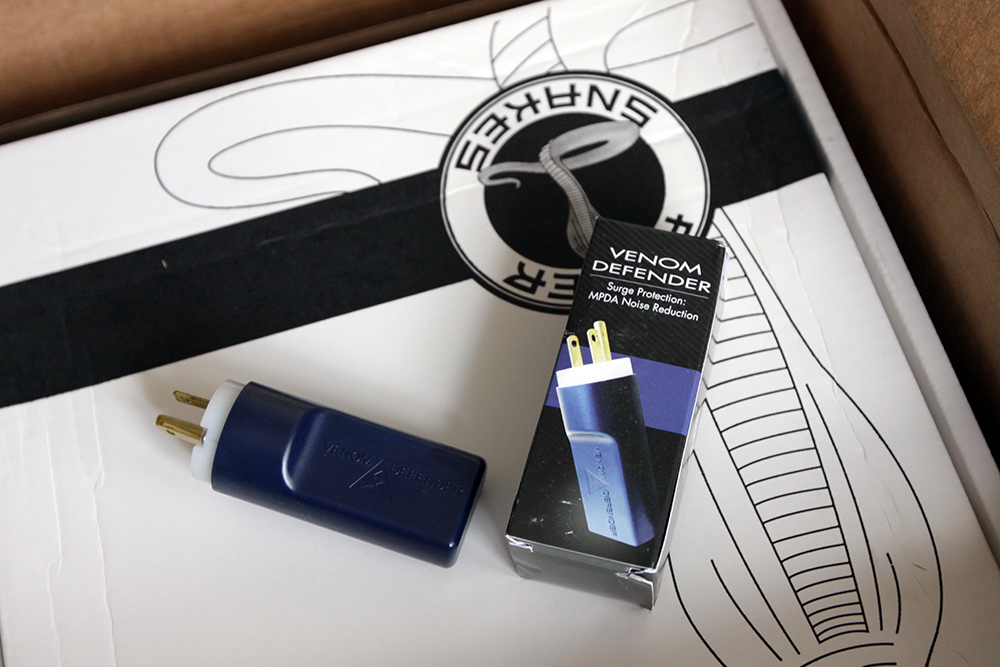 Of course, the real thing with this stuff is not what it looks like, but how it affects the sound. As of right now, I have had the PS8s, Defenders, and HCs running for almost two months, but I haven’t finished listening enough to fully gather my thoughts -- so check back for an update toward the end of this month to find out how it all performed. After that, I’m going to put the Alpha HCs in and report on that.