Off Again, On Again -- the 2016 Montréal Salon Audio Show

On March 9 I received an e-mail from the Chester Group (CG), which is based in the UK, saying that the annual hi-fi show in Montréal had been cancelled this year, but the organizers promised to attempt it again in 2017. It was scheduled for March 18 to 20. In that same e-mail, they cited a lack of exhibitors this year as their excuse for letting everyone down so close to the show dates. What a blow to the Canadian hi-fi scene, I thought. But less than one day later, I received an e-mail from Michel Plante saying that it was still on. They were both right. I’ll explain . . .

Prior to the Chester Group owning Salon Son & Image (SSI, aka the Montréal Audio Show), Michel Plante was the show’s owner. But a few years ago, Plante received a job offer he couldn’t refuse from the Canadian distributor Plurison, so he sold SSI to CG in the hopes that the new owners would continue to promote it as well as he had in the past. Unfortunately, that sale appears to have contributed to the show’s undoing -- something I predicted the moment the sale went through.

Up to the point of sale, I’d seen nothing from a Chester Group event that impressed me. In my opinion, they all looked like cheap, low-budget affairs with little promotion or fanfare. After the sale of Salon Son & Image, I saw no improvement with their approach. As a result, the trajectory the show took was no surprise to me -- for the last two years, I watched Salon Son & Image get so bad that, at the end of last year’s show, I vowed not to go back, something I mentioned in February in my SoundStage! Hi-Fi editorial space. So the fact that the Chester Group wrote that note canceling this year’s event was expected -- I believe that it went into a tailspin the moment they took it over, so it was only a matter of time.

That Michel Plante was putting it back on was a complete surprise, mind you, so I immediately phoned him to find out why. He told me that when he learned of the cancellation, he was with his boss, Daniel Jacques, one of the most respected men in the North American audio distribution business. He said that Daniel couldn’t stand to see the show cancelled this year, since it helped the industry so much, and neither could he. They also felt that letting the show languish even one year would guarantee its death. As a result, Daniel encouraged Plante to put it on, which is what he did, receiving help from his partner, Sarah Tremblay, who has long proved instrumental in running the show professionally. Because of them taking this initiative, Montréal Salon Audio was born.

From what I understand, seconds after they made the decision, Sarah got on the phone and almost immediately ramped up the exhibitor numbers from 20 or so, which the Chester Group website listed, to over 60, demonstrating that if you know how to properly promote a show and have the respect of the industry, the support is there. What’s more, they made a deal with the location it’s held at, the Hotel Bonaventure Montréal, to let all attendees in for free and give exhibitors something of a price break because of the last-minute nature of the plan.

Since I hadn’t planned to attend, I quickly switched my agenda and booked a train ticket to arrive and leave Montréal on March 18, the first day of the show. I’m glad I went, if only for several hours, because it appears to be a success this year. In fact, the show being called off and then put back on didn’t seem to deter attendance one bit -- there looked to be more people on the first day this year than on the first day last year! 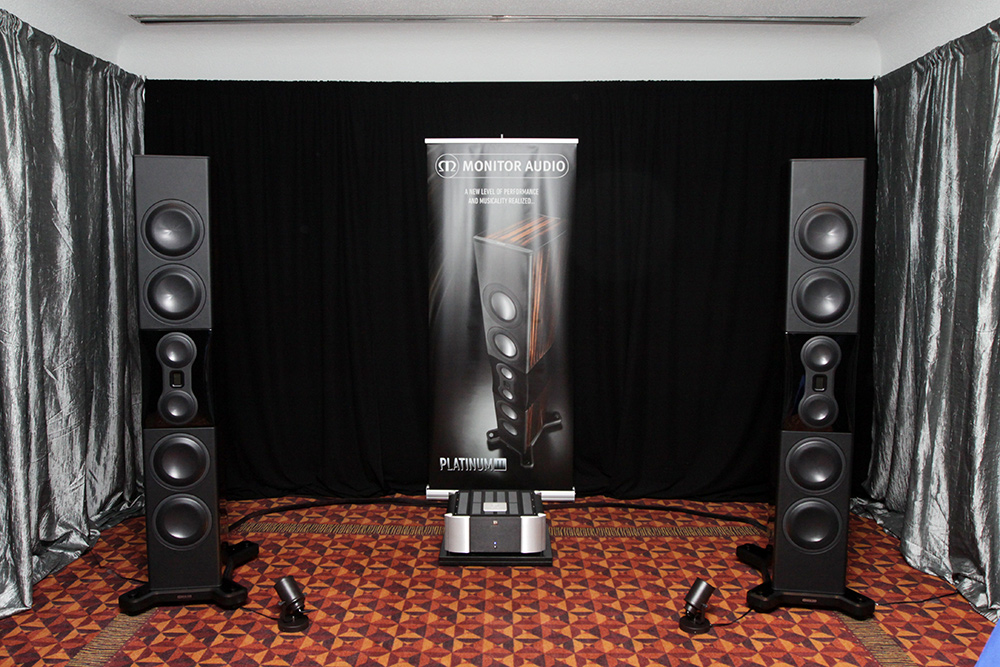 Furthermore, the exhibitors were much better prepared than I thought they might be, and, in some cases, they produced some exceptionally good sound. The exhibitor that stood out to me most was Kevro International, the North American distributor for Cyrus Audio and Monitor Audio. The combination of Cyrus Audio and Moon by Simaudio electronics feeding the new Monitor Audio Platinum II PL500 loudspeakers ($29,000 USD per pair) produced exceptionally good sound overall, but it was the upper frequencies I noticed most, which had a smoother, sweeter presentation than I’ve heard from the company’s speakers in the past. No doubt that has something to do with the air-motion transformer (AMT) high-frequency driver developed specifically for the Platinum II series. 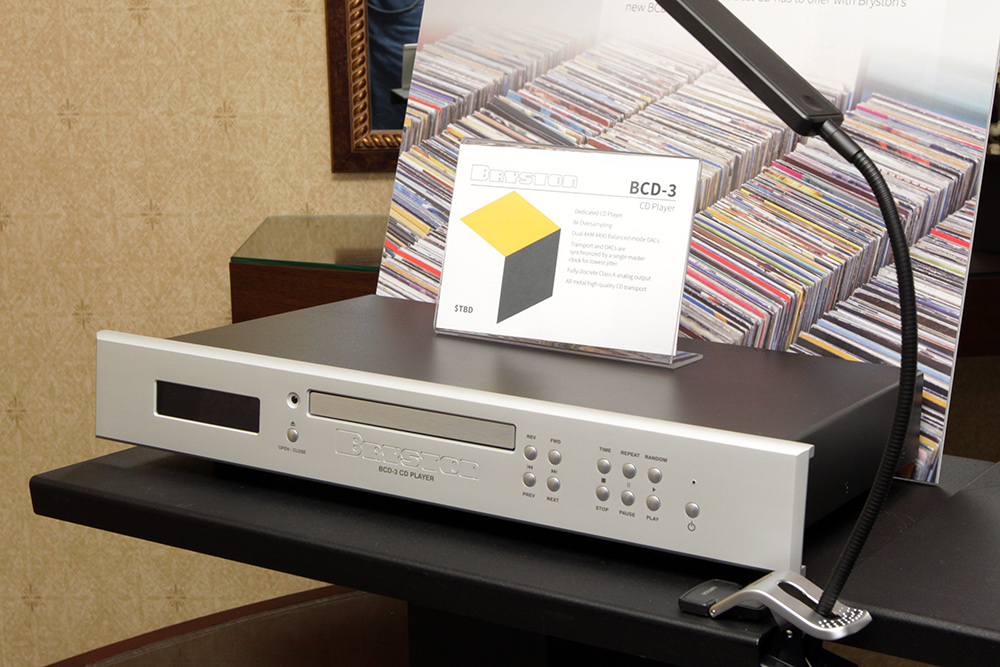 There were even some brand new products being shown, such as a CD player from Bryston that’s yet to be officially priced and named (the BCD-3 on the faceplate in the photo above isn’t set in stone). There was also a new loudspeaker from Amphion, the Argon3S ($2790 per pair), a speaker I was drawn to because in 2002, we produced the first North American review of one of the company’s products, the Argon2 loudspeaker. Seeing yet another new version of this model was definitely interesting. 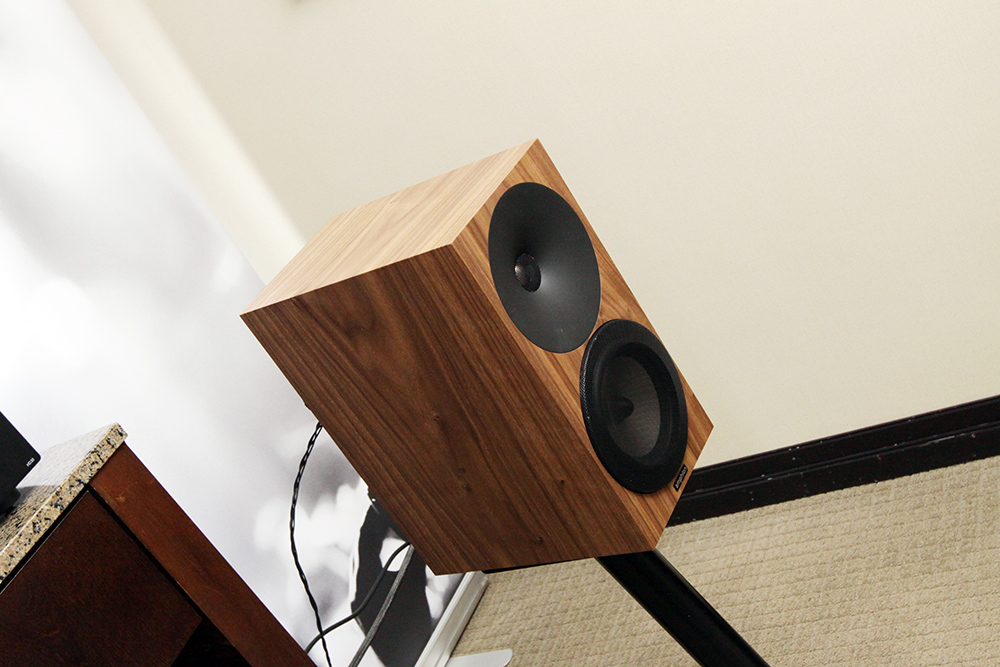 Bryston’s CD player wasn’t a surprise because the company has had a steady release of DACs and digital players, as well as its first-ever CD transport recently, so this seemed like a logical choice to add to its roster, even though CD sales aren’t necessarily going up (it’s been the dominant music format for about 30 years, however, so there are still plenty of discs out there to play). Amphion’s Argon3S wasn’t entirely surprising either, because of what the company does -- makes loudspeakers. Still, this design is especially intriguing because on its backside is a passive radiator, which is used to augment the bass. Passive radiators aren’t completely new to Amphion, since the company has been putting them into its professional-monitor speakers for several years now. However, this is its first domestic speaker to have one. I would like to see us review both the Bryston and Amphion products this year.

Since I hadn’t planned to go to Montréal, I wasn’t prepared to do full-on show coverage like we normally do. Plus, only I went, not a team. So instead of getting details on individual products and creating a full show report, which is what we normally do, I went around and took pictures of the various showrooms and exhibits and included them in the gallery below as part of this blog article to give an overall feeling of the 2016 Montréal Salon Audio show. Hopefully these photos will serve notice that although the event appeared to be dead, it was quickly resuscitated and is now poised to thrive once more in future years. And as long as Plante and Tremblay are behind it (the way it left everyone hanging, I seriously doubt the Chester Group is welcome anywhere near the city of Montréal anymore), suffice it to say that we will be back doing full coverage of Montréal Salon Audio in 2017. 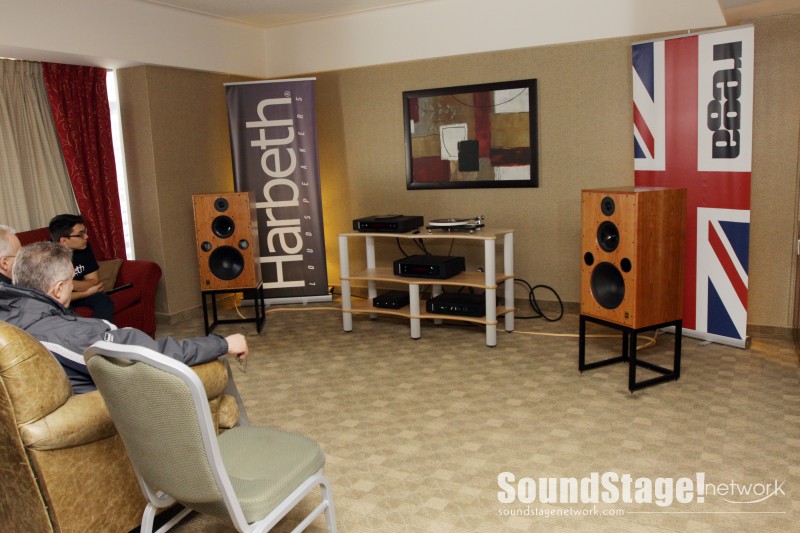