When I visited Magico at its Hayward, California, factory back in July of this year, my main focus was exploring the new Magico flagship, the mighty M9 ($750,000 per pair). I saw M9s being built and tested, and I got to hear a pair of these in Magico’s custom listening room. It was quite a treat.

As I walked through the Magico factory, however, M9s were hardly the only speakers being built. I saw many of the M-series speakers under construction, as well as the entry-level line for Magico, the A series. To say I was impressed by the A5 I reviewed for SoundStage! Ultra back in June would be a massive understatement. I was similarly impressed by what I saw in Hayward.

Although I know Magico founder and CEO Alon Wolf doesn’t necessarily like my comparison of the A speakers with the older Q series, nothing I saw on my trip to Magico dissuaded me from making that comparison again. In fact, in my mind it only reinforced the similarities, and that means incredible value to A-series customers.

So yes, it’s true that Magico does not manufacture the main cabinet panels of the A speakers in its California facility—they are machined and the brushed finish is applied elsewhere. But make no mistake—these speakers are built in Hayward. And that build process is painstaking, just like it was with the Qs. 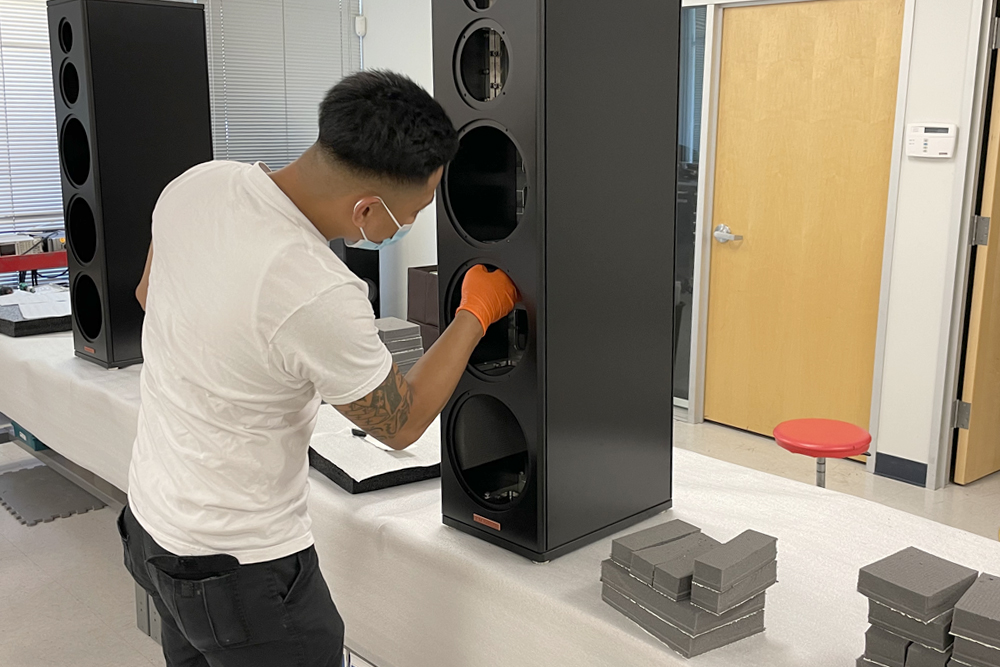 Magico’s factory personnel are well trained, and they obviously take great pride in building Magico speakers, no matter the series. Above, you see a Magico technician reaching into what will be an A5. Interesting fact: whether As, Ms, or Ses, all Magico speakers are treated to the same level of craftsmanship, as they are built alongside each other in the Magico factory. 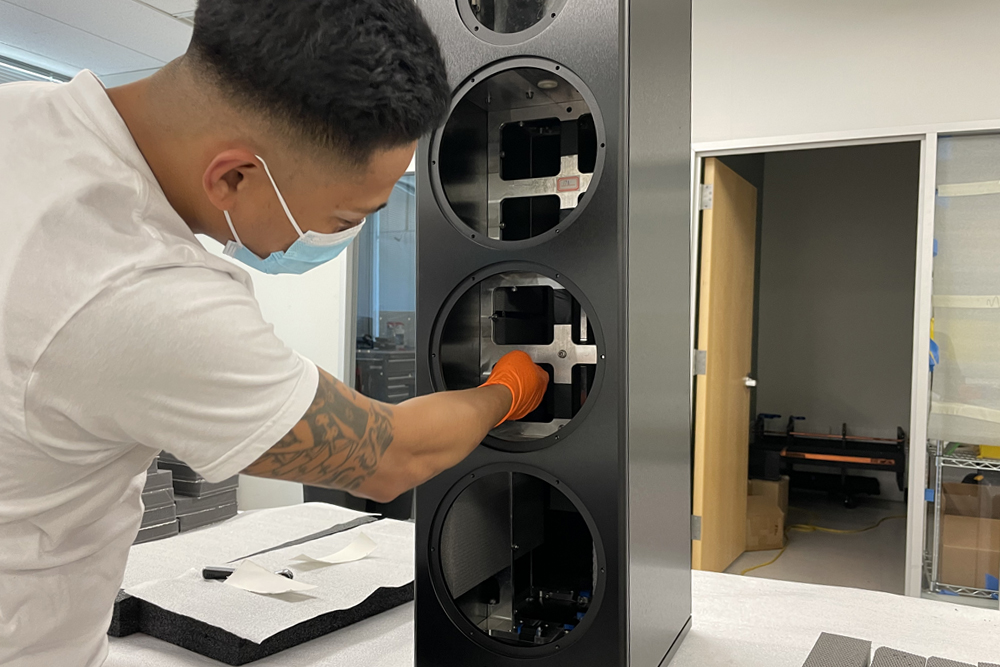 A closer look reveals what this Magico tech is doing: making the final adjustments to an internal brace within the A5’s cabinet structure. The amount of machined bracing inside an A5 is copious, and it’s labor intensive to install. Just to the right of the cabinet, on the table, you can see some of the damping material that will be applied by hand to the interior of this A5. All that aluminum will be well damped when final assembly is done. 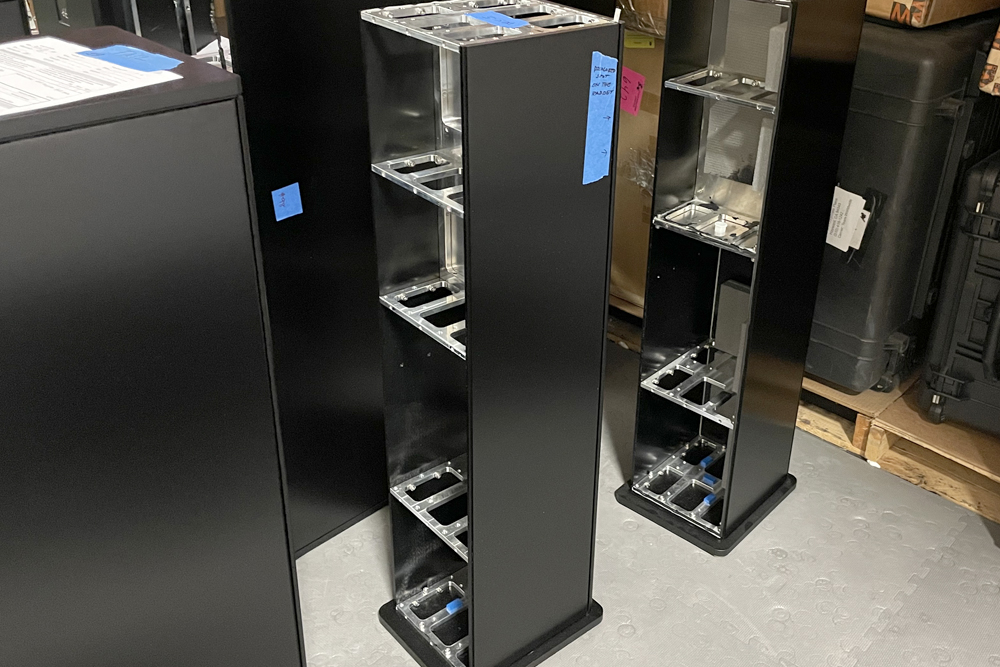 Here you can see some partially constructed A3 speakers. Note again the interior bracing that fills out the enclosure. It’s no wonder the A3 weighs 110 pounds and the larger A5 weighs a stout 180 pounds, despite the two speakers’ modest dimensions. 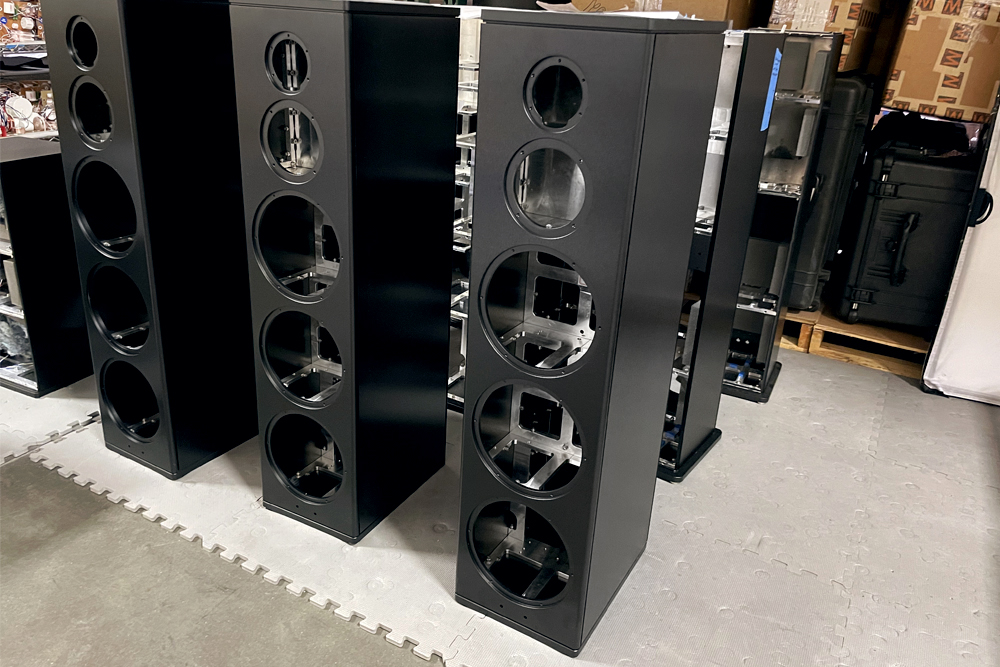 Fully assembled A5 enclosures are waiting for the next steps. OK, just between us, does this picture not remind you of photos of the Q speakers from a decade ago? 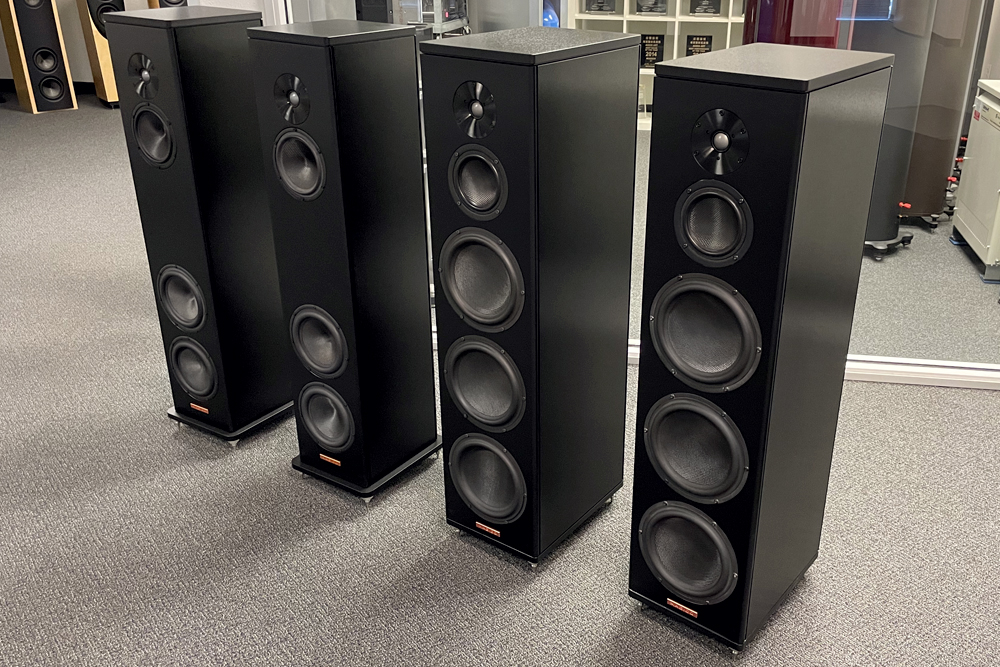 In the above photo you can see a pair of A3s ($13,800 per pair, all prices in USD) on the left and a pair of A5s ($24,800 per pair) on the right. A pair of A3s is a nice fit for a mid-sized listening room or anywhere space constraints require a small footprint. However, look at the woofers on the A5s—those are your speakers if you want to fill a larger space and play your music with more ease and authority.