Most high-end speaker manufacturers practice some form of quality control (QC) measures to ensure that their products leave the factory performing and looking exactly as they intend them to. These QC methods typically involve visual inspections—sometimes with special lighting or other tools that make obvious the smallest cosmetic flaws—and listening tests. The best manufacturers add acoustical testing to these QC steps.

I’ve been to my fair share of speaker manufacturers over the years and have witnessed several forms of acoustical testing. With speakers, there are two broad categories: testing of individual drive units (not to mention electrical testing of subassemblies such as crossovers) and testing of completed loudspeakers. There are numerous testing protocols and tools for these tasks, and software suites are often custom-written for a given company’s products.

Perhaps the most advanced method for the acoustical QC testing of loudspeakers today is the Klippel QC system (not to be confused with the Klippel Near-Field Scanner—or NFS—which is used in a loudspeaker’s development phase). Although there is still debate as to whether a complete Klippel setup—QC and NFS—is superior to a full anechoic chamber, my understanding is that there are advantages to both. The use of either method puts a speaker company in rare air in the industry. 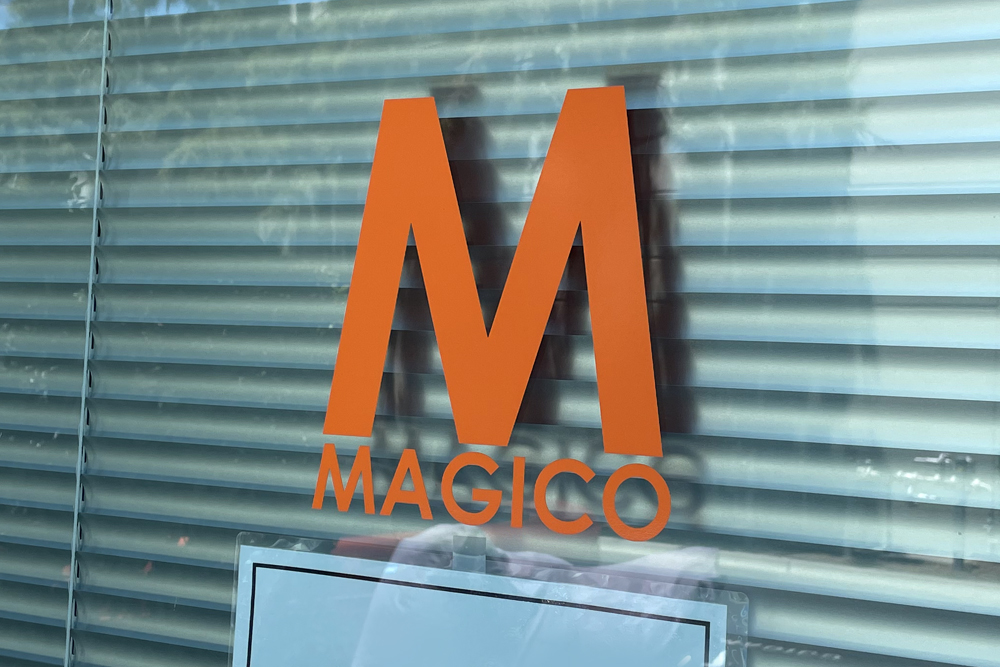 Magico, based in Hayward, California, owns both a Klippel NFS system and a Klippel QC system. It uses the latter to assure customers that the speakers they purchased are performing exactly as they were designed to, and that’s what we are going to look at in this article.

Although Magico measures each fully completed loudspeaker before it goes out the door, the QC process starts long before that. Magico has a dedicated room for its Klippel QC testing program, which starts with the microphone you see below. 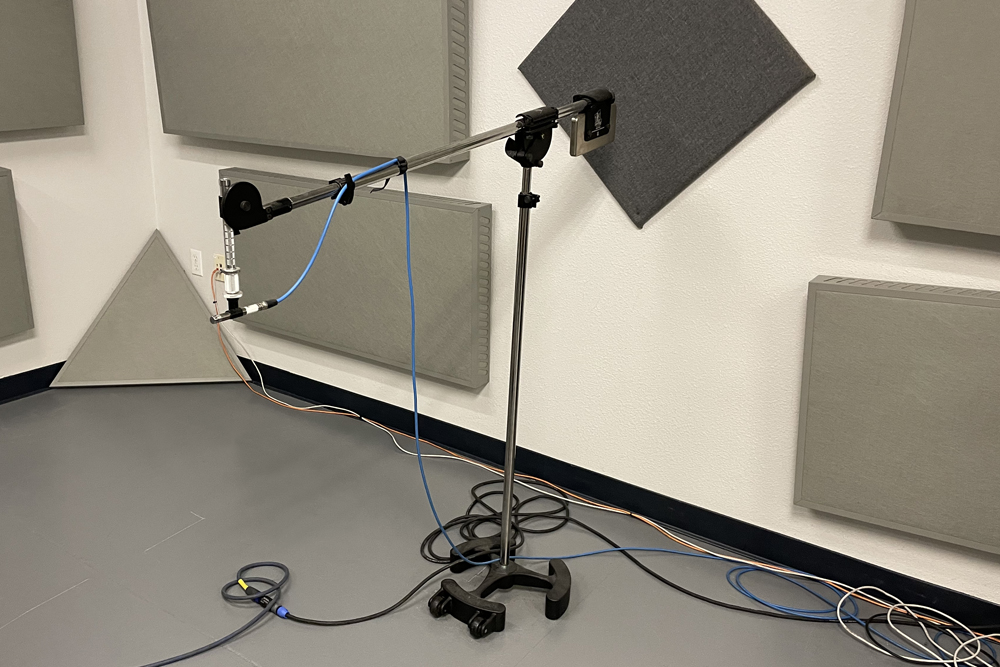 The microphone is connected to the Klippel electronic workstation you see here. 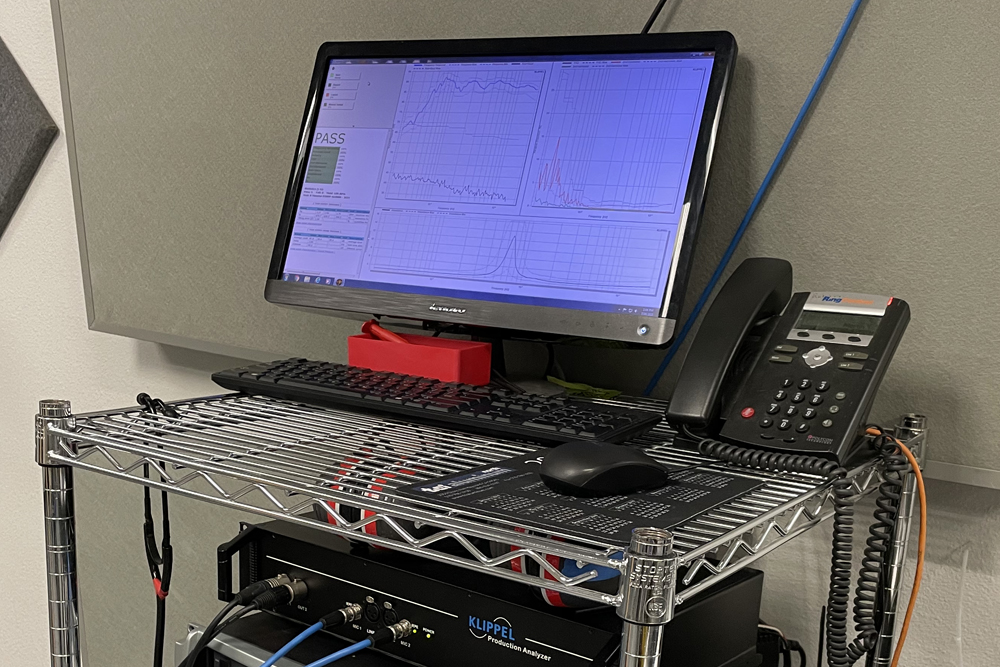 In the below photo a Magico technician prepares a raw drive unit for insertion into a testing baffle set up in front of the Klippel microphone. 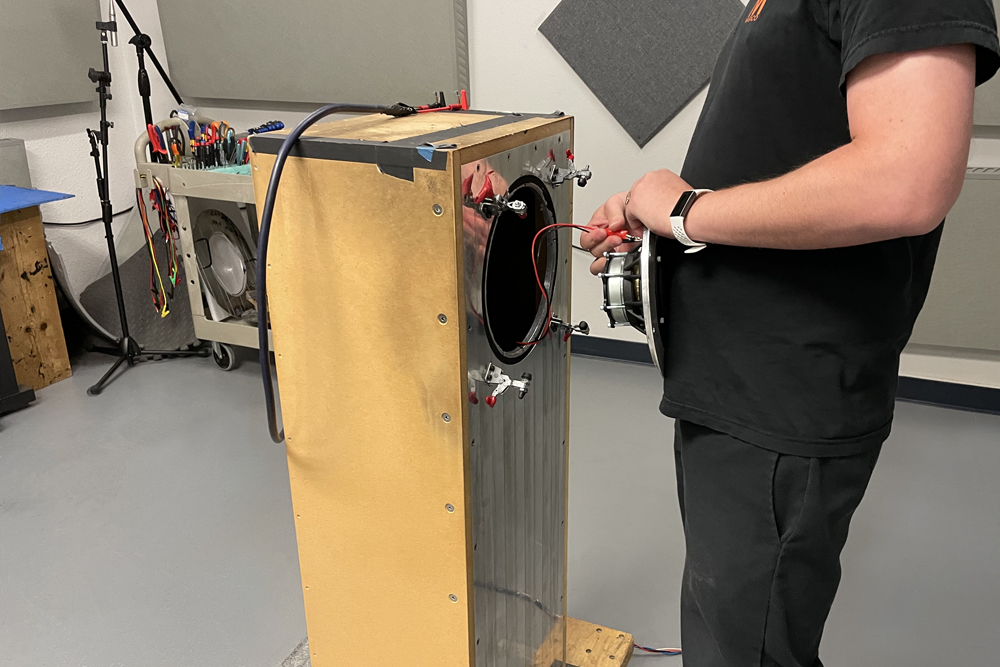 The driver is clamped—rather than screwed—into the baffle so that the tech can quickly and efficiently move through a batch of drivers one at a time. 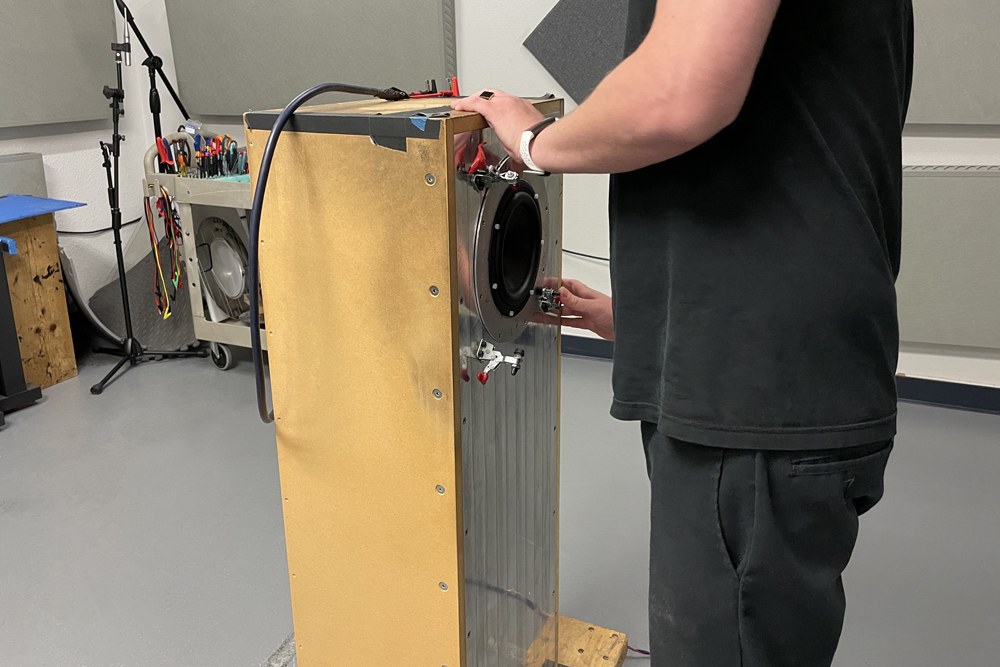 Once the driver is properly clamped, the Magico tech goes to the Klippel workstation and runs the automated test. 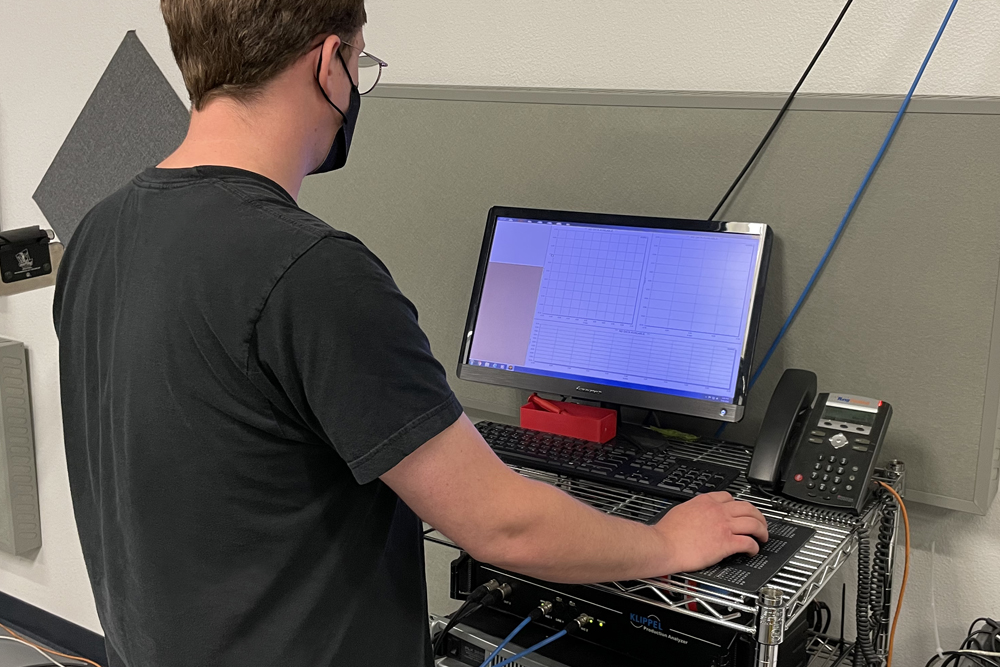 The computer screen gives the technician instant visual feedback, letting him or her know whether the driver meets its specifications. As you can see, this driver has passed the QC test, so it can now move on. It will ultimately be located at a Magico workbench for use in a given speaker model. 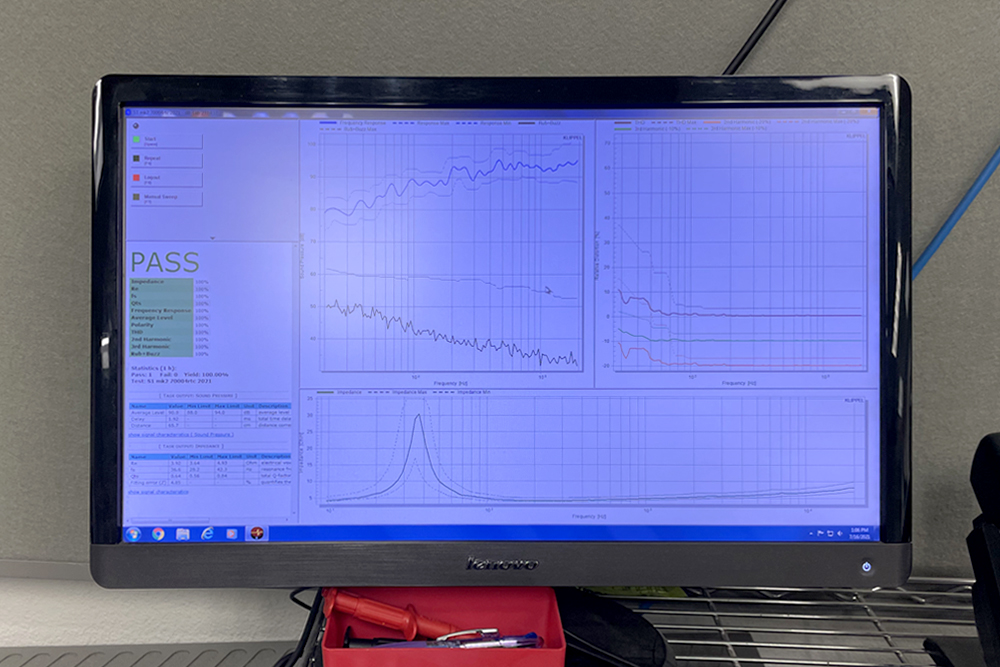 Lots can go wrong in the building of individual drive units, loudspeaker subassemblies, and of course completed loudspeaker systems. The QC tests that a company performs are critical to ensuring that the customer receives a set of speakers that match its performance objectives for that model. In the case of a Magico, that means a precision instrument capable of revealing every detail captured on a musical recording. From what I saw on my trip to Magico back in the summer of 2021, the company does its due diligence and then some—you’ll get exactly what you pay for with a set of Magicos.