Linn recently held a press event via Zoom to announce the launch of the next-generation Majik DSM single-box network music player and integrated amplifier ($3835, all prices USD). A similar event for customers was held shortly after. Linn states that the Majik DSM is an entry-level network player aimed at both first-time hi-fi buyers and existing ones who want to bring audiophile sound to places in their homes that are outside of their main listening rooms. 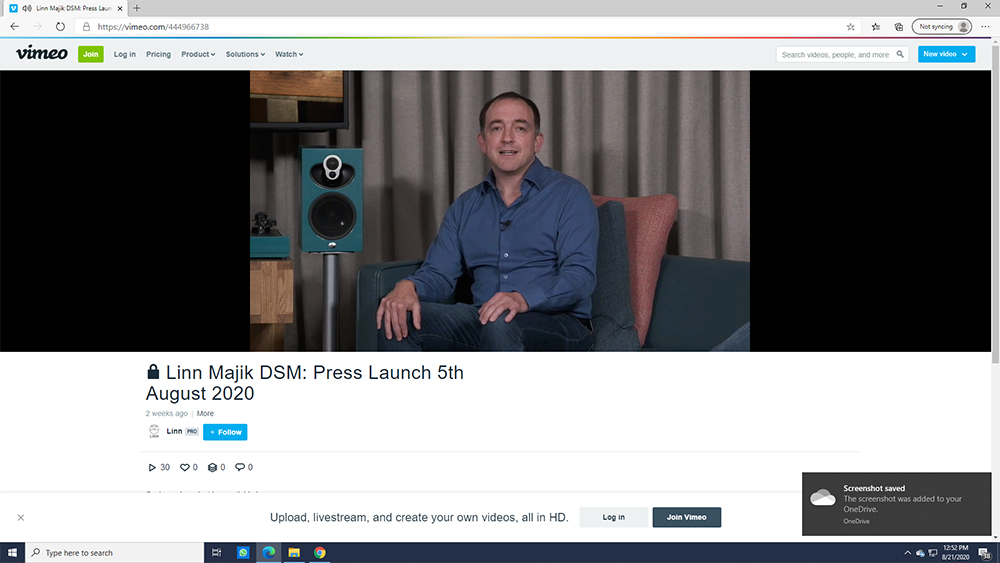 Present for the press event from Linn’s Glasgow, Scotland, factory was Linn’s managing director, Gilad Tiefenbrun, along with brand ambassadors Joe Rodger and Gordon Inch. Rodger kicked off the event by announcing the availability of the new Majik DSM and stating that, while this new player can’t be demoed during a Zoom meeting, listeners can audition and purchase it at both Harrods department store in London and Linn retailers worldwide. 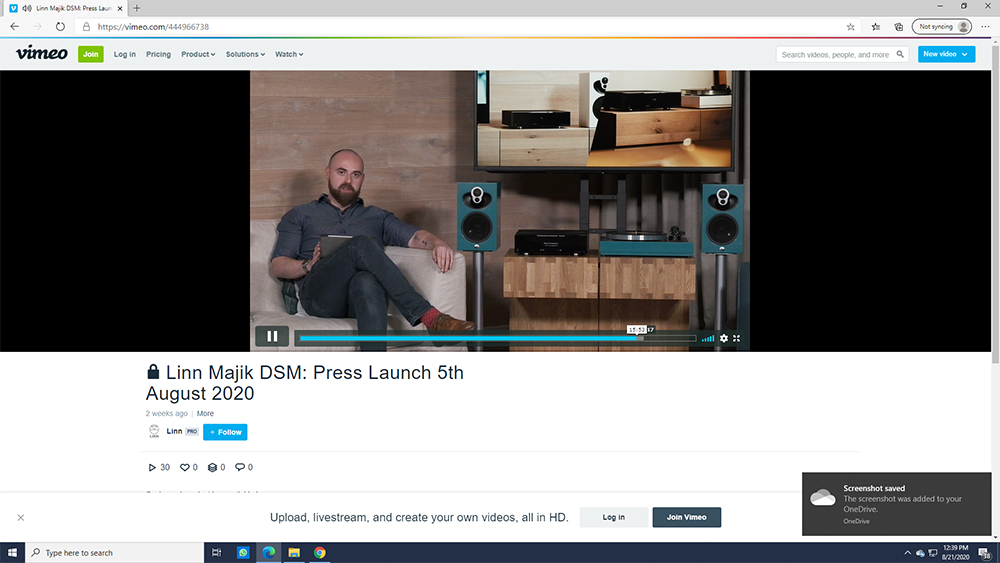 Tiefenbrun then explained that the Majik DSM began life as the Majik DS-I in 2009. In 2012 it became the Majik DSM when the company added HDMI connectivity. (Hans Wetzel reviewed the Majik DSM for SoundStage! Access in 2015.) According to Tiefenbrun, the new Majik DSM remains Linn’s most popular network player due to its small footprint and, as explained below, its unique ability to connect to an unusually wide mix of analog and digital sources.

Tiefenbrun stated that, when compared with the outgoing Majik DSM, the new version offers a revamped aesthetic created by a new chassis and higher-resolution front-panel TFT LCD display, along with new connectivity and performance-enhancing features, many of which have trickled down from its bigger brother, the Selekt DSM network music player ($5200, base price). Such features include wireless connectivity (Wi-Fi and Bluetooth) and a USB input that allows for wired playback from a home computer. As a result, Tiefenbrun stated, the new product is perfect for consumers who are hunkered down at home due to the global pandemic.

Obviously, having wireless connectivity brings the Majik DSM up to date with 2020 technology, but I was also glad to see the addition of a USB input. The absence of such an input on the older model was a quirk apparently borne of Linn’s belief that streaming via Ethernet is preferable to USB. But the new model’s USB input is particularly welcome given the current popularity of computer audio.

Inch then discussed the player’s performance improvements, including those made to its digital-to-analog converter (DAC), preamp, and amplifier sections. According to Inch, the Majik DSM’s increased DAC performance is a result of upgrades to its upsampling capabilities, low-jitter word clock, and a low-noise voltage reference, all of which derive from Linn’s flagship Katalyst DAC Architecture. The DAC chips enable the Majik DSM to pass signals of up to 24-bit/192kHz. Integrated streaming services are Tidal, Qobuz, Spotify, Apple AirPlay, Roon, TuneIn, and Calm Radio.

Inch also spoke about the Majik DSM’s “bespoke” class-D 100Wpc amplifier and newly designed headphone amp, which have lower noise and distortion than those in the outgoing Majik DSM model. He noted that the Majik DSM’s preamplifier section now features a digital volume control, which he said provides higher performance than the prior analog pot.

Inch then provided a deep dive into the Majik DSM’s connectivity, stating that it’s an “ideal living room hub.” He explained that owners can pair the player with a television, satellite or cable box, gaming console, Blu-ray player, and turntable. Wired inputs, he stated, are HDMI 2.0 (4K compatible), HDMI ARC (via HDMI output), Ethernet, TosLink, S/PDIF, USB, and moving-magnet phono. The Majik DSM’s phono stage is derived from Linn’s Urika II phono stage. He also highlighted the Wi-Fi and Bluetooth wireless functionality. The S/PDIF connection is configurable as an input or output, and the phono connection is configurable to line-level to accommodate other analog sources. Outputs, Inch added, are HDMI, S/PDIF (configurable as noted above), 1/4" headphone (which is located on the front chassis panel), and banana/spade speaker posts.

According to Inch, the Majik DSM’s Space Optimisation technology, which tailors its performance to the specific room and speakers used, is the “icing on the cake.” The technology uses acoustic modeling to compile a digital picture of how your speakers, their room listening placement, and the unique characteristics of the room all affect the sound. It then identifies distorted frequencies and reduces their intensity to reveal musical details that would otherwise be hidden.

The Majik DSM’s aluminum chassis is available in black only. Its face contains the display, menu button, and six “smart” buttons that can be customized to provide quick access to both local sources (such as the turntable or Blu-ray player) and Internet-based media (such as a specific podcast or Internet Radio platform). As Inch noted, listeners can also control the Majik DSM using its remote control or from a mobile phone or tablet via the apps Linn Kazoo (Windows, Android, and iOS) or Linn App (iOS). The Majik DSM weighs approximately nine pounds, and its chassis measures approximately 13.8"W x 3.9"H x 13.8"D. 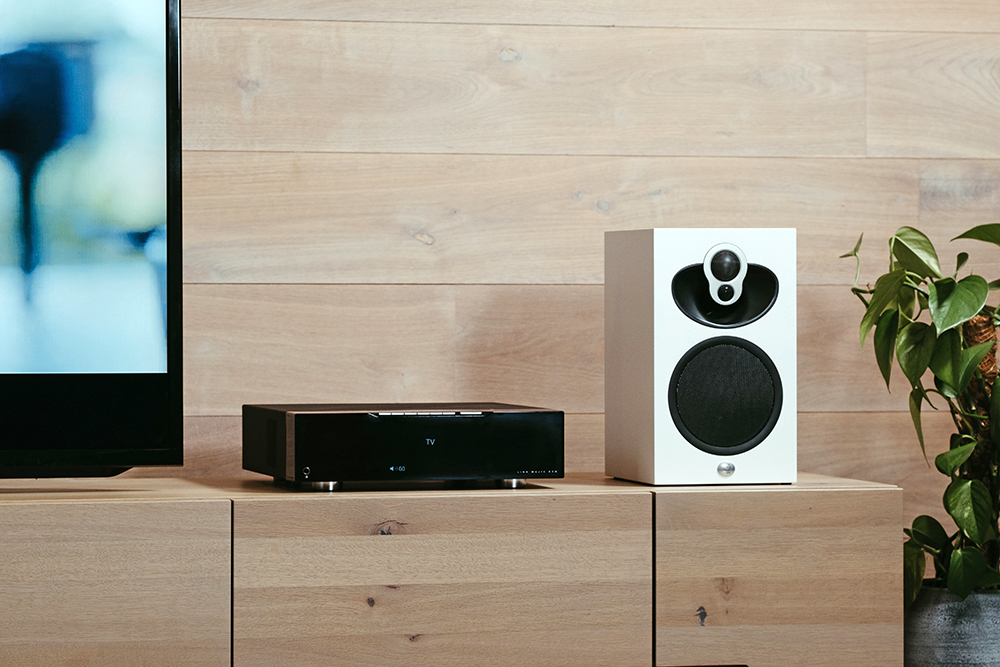 Inch suggested matching the Majik DSM with the Majik LP12 turntable and Majik 109 bookshelf or 140 floorstanding speakers, with both ’table and speakers available in custom color finishes. In fact, he said that Linn can match any color the customer can think of. Inch shared that his own LP12 will be bedecked in “tomato red” due to the fact that he has owned a 1989 Volkswagen Golf GTI in that color since he was 21 years old. Sample package prices include the Majik DSM with a pair of 109 speakers ($5425/$6140, standard/custom finishes for the 109), and with Majik LP12 and a pair of 109 speakers ($9745/$10,889, standard/custom finishes for the LP12 and 109).

At first blush, I was disappointed that the Majik DSM comes only in black. However, I think it’s for the best. Having a black music player paired with tomato red speakers and turntable is very cool. But, as my friend Gary discovered when he showed up in public wearing red shorts, socks, and sneakers only to be ridiculed, having everything in one color can sometimes be too much. 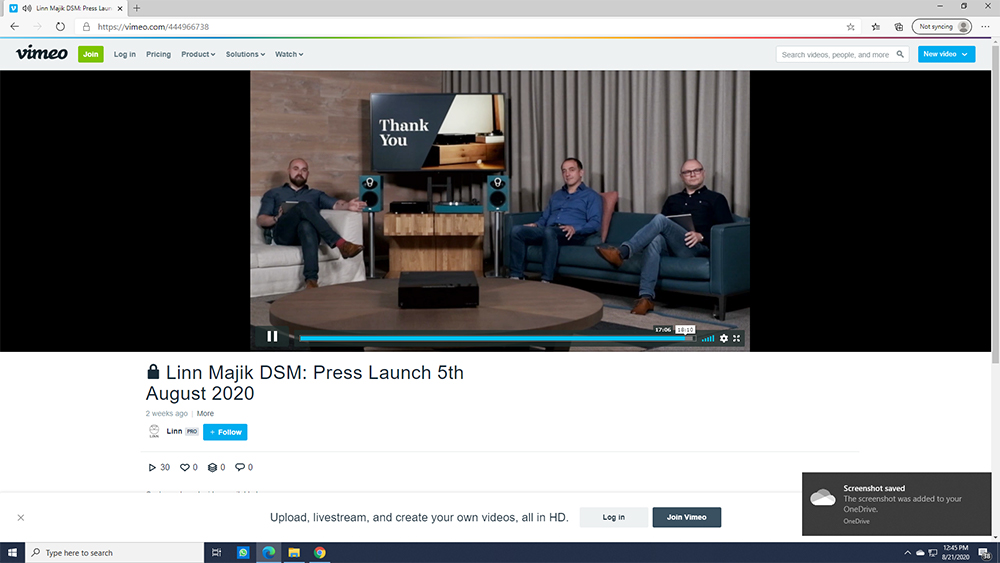 The Majik DSM’s small footprint and versatility are highly impressive. It’s a single-box product that promises to play almost anything through either freestanding speakers or a set of headphones, all controlled by a phone or tablet. Of course, the proof is in the listening. Although the way things are going, I doubt that I will be at Harrods in London anytime soon. But I’ll certainly keep my eyes and ears open for the Majik DSM next time I’m at a Linn event, and I’ll report back here on SoundStage! Global.