When I reviewed Lyngdorf Audio’s TDAI-3400 integrated amplifier-DAC last June, I marveled at its implementation of the company’s proprietary Equibit, class-D amplifier technology and RoomPerfect room-correction system. It is also a very handsome, well-built, and luxurious component with a price to match, $7199 (all prices in USD) as reviewed. So when I heard about the company’s new compact, streaming integrated amplifier-DAC priced at only $2199, I was more than a little intrigued. I wondered how much of the TDAI-3400’s functionality and performance they could provide in this much less expensive component. And it wasn’t long after requesting a review sample from the company’s US office that a box containing a TDAI-1120 arrived at my doorstep via UPS from Lyngdorf in Denmark. 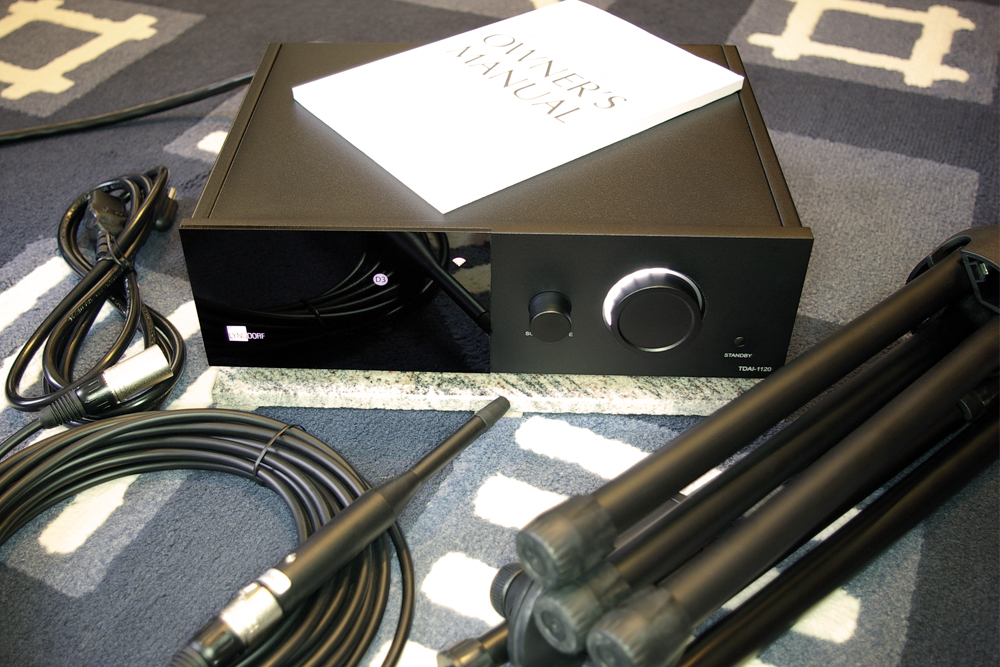 Inside the box were the TDAI-1120 itself, what appeared to be a high-quality calibration microphone, a power cord, the instruction manual, an XLR cable, and a proper stand for the microphone. I was impressed that Lyngdorf would include both a decent microphone and stand, considering the relatively low price of this amp. Although you may not need to use it more than once during initial setup, taking measurements without a decent microphone stand is difficult. This is especially true for RoomPerfect, which requires that the first measurement (the Focus position) be taken precisely at the listening position with the microphone pointed straight ahead. 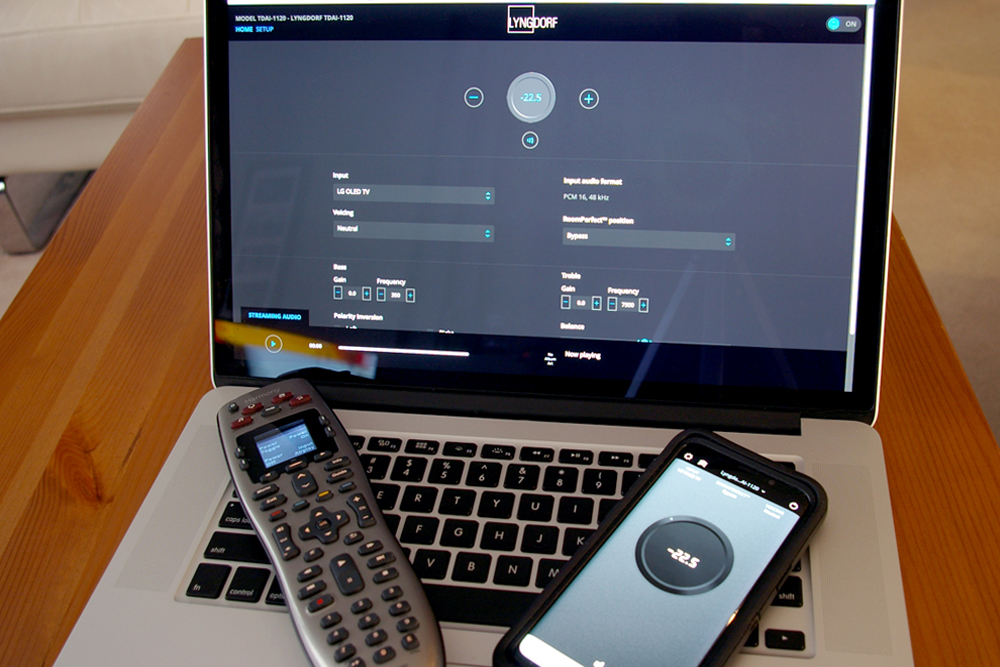 You may have noticed that I didn’t list a remote control in the contents of the box. That’s because the remote control is optional for an additional $99 from the manufacturer. The TDAI-1120 has a lot of streaming functionality, so listeners will likely use the smartphone remote app or the web-based interface on a computer—though I was also able to program a Logitech Harmony remote to control it. I typically use Roon or Qobuz on my laptop to play music, so my preferred way to control the TDAI-1120 was with the excellent web-based interface. Not only can you control things like input and volume with it, but you can also use it to select the speaker configuration (with or without subwoofers), high-pass or low-pass frequency and filter type, and equalization, along with naming and setting up inputs and many other functions. Connecting to the built-in Chromecast with Google Home on my smartphone was a snap, and the unit is also Roon Ready in addition to having a plethora of other connection options. 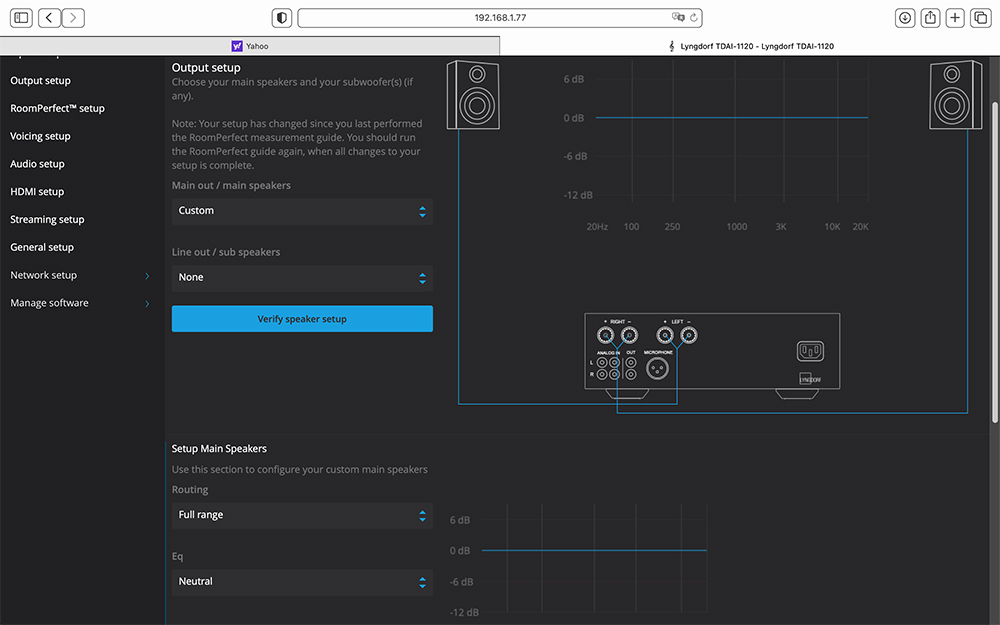 The web interface also sets up RoomPerfect, and it’s extremely easy to use. After playing a test tone to set the volume to the appropriate level to make accurate measurements, the system walks you through the process of taking measurements randomly throughout the room. After I took five measurements, the software indicated that the system had “RoomKnowledge” of 96%, and two subsequent measurements increased it only an additional 1%. Once you’re satisfied with the level of RoomKnowledge, you can save the settings and even go back later and save extra microphone positions to increase the RoomKnowledge or change the Focus position. 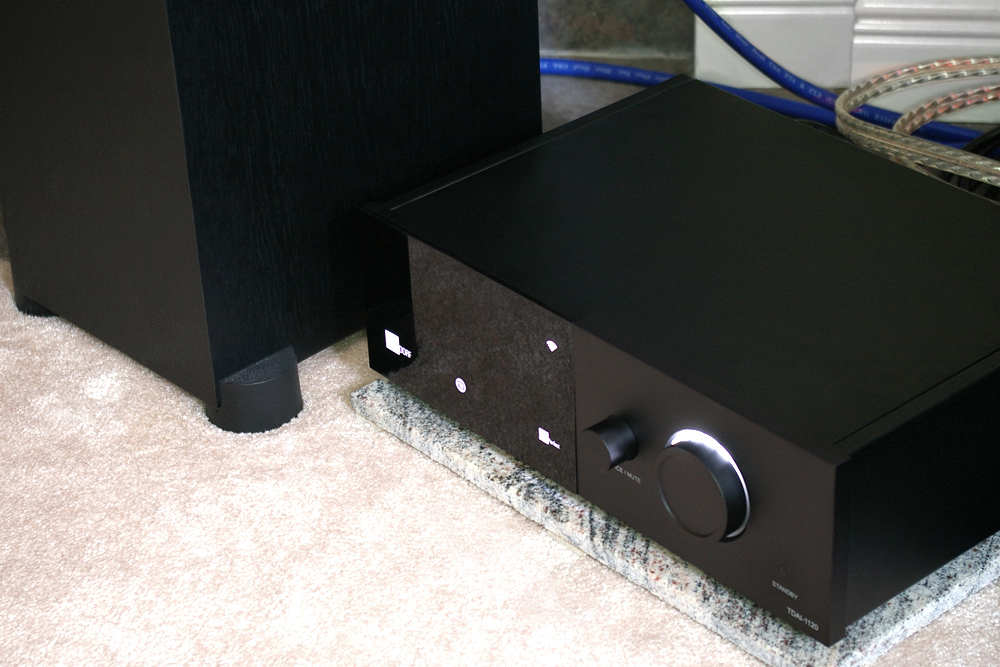 After setting up RoomPerfect with my PSB Alpha T20 speakers in my second system, I found the sound of the TDAI-1120 to be surprisingly tight and super balanced. There wasn’t a ton of bass, but it was very well-defined. Whereas without room correction, speakers in the corner of the room where my second system is situated can often sound a little boomy. Even when I was watching Super Bowl LV, the crowd noise sounded wonderfully natural, and it was set back in the soundstage as it should be, with the announcers centered and floating between the speakers and in front of my flat screen while being amazingly intelligible. 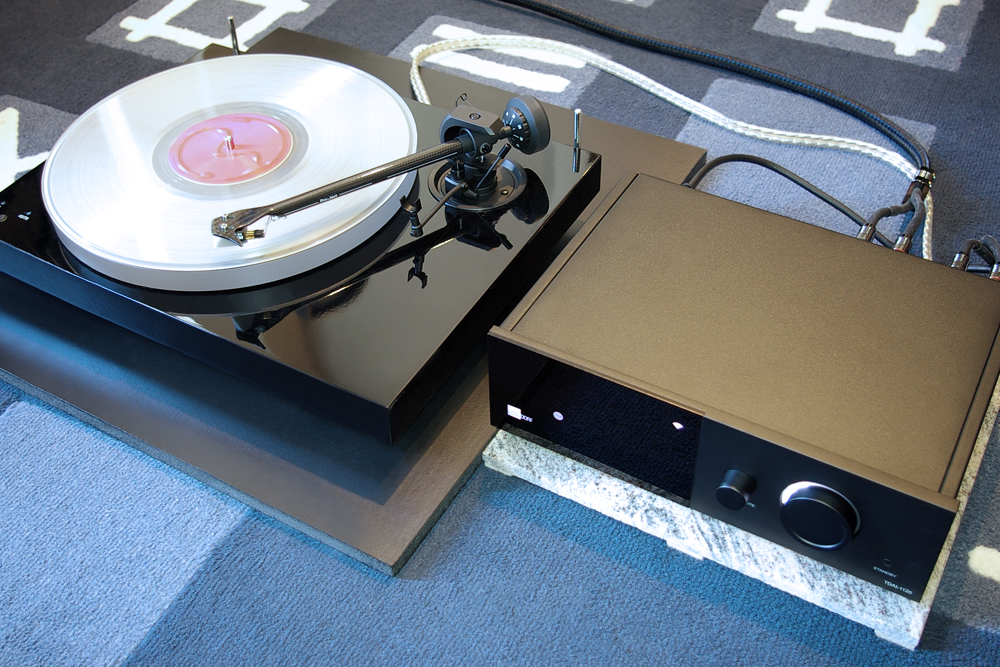 I also listened to some vinyl through the TDAI-1120’s built-in MM phono section with RoomPerfect engaged using my Pro-Ject X1 turntable with Pick it S2 cartridge. “Tennis Court” from Lorde’s Pure Heroine (LP, Universal 602537539857) was a little thin until I switched from the Focus to the Global setting for RoomPerfect, making the sound fuller without sacrificing much in the way of definition. When I set RoomPerfect to Bypass, the sound noticeably degraded into a less distinct and boomy presentation that easily demonstrated the benefits of using a good room-correction system to minimize detrimental speaker and room interactions. 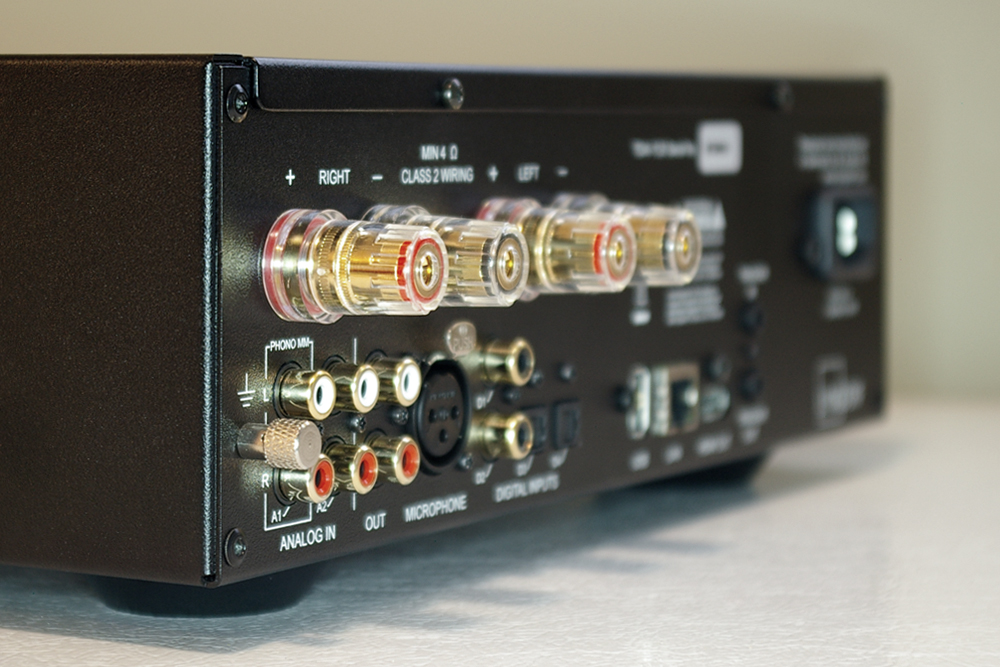 You’ll have to wait to read my full review of the TDAI-1120 on SoundStage! HiFi to find out about all of its features, along with its performance in my reference system integrating JL Audio E-Sub e112 powered subwoofers with MartinLogan Classic ESL 9 hybrid-electrostatic loudspeakers. But what I can say now is that, at $2199, it offers a ton of features, not the least of which is RoomPerfect, plus high-quality proprietary class-D amplification, a multitude of streaming and wireless-connection options, and even an MM phono stage. And for those of us with less-than-ideal rooms, which is most of us, I can’t think of a single more useful feature than a state-of-the-art room-correction system like RoomPerfect. I’m impressed that Lyngdorf has included it in a component as reasonably priced as the TDAI-1120.