How PSB Is Bringing Higher Performance to On-Wall Speakers

Loudspeakers come in all shapes and sizes these days, with some of the most familiar ones being bookshelf and floorstanding models. One of the most overlooked types of speakers, by both the audiophile community and manufacturers alike, is the on-wall. This type of speaker hangs on your wall, usually through a bracket, as opposed to an in-wall speaker, which requires you to cut a hole in your drywall.

I’ve been using on-wall speakers, Angstrom Suonos, in my living room system for the last ten years, and I like the convenience of them. They take up no floor space other than the subwoofer that accompanies them, and they give me a tidy 5.1-channel home theater. If my only choice were conventional box speakers, I don’t think my family would be happy. They’d take up a lot of floor space, and there would be cables running all over the place. I also like how the on-walls perform -- they sound much better than the sound from the TV alone. Although they don’t look as sleek as in-wall speakers, I prefer them since the bass response is better than most in-wall speakers and it’s easy to change them if I want to upgrade. 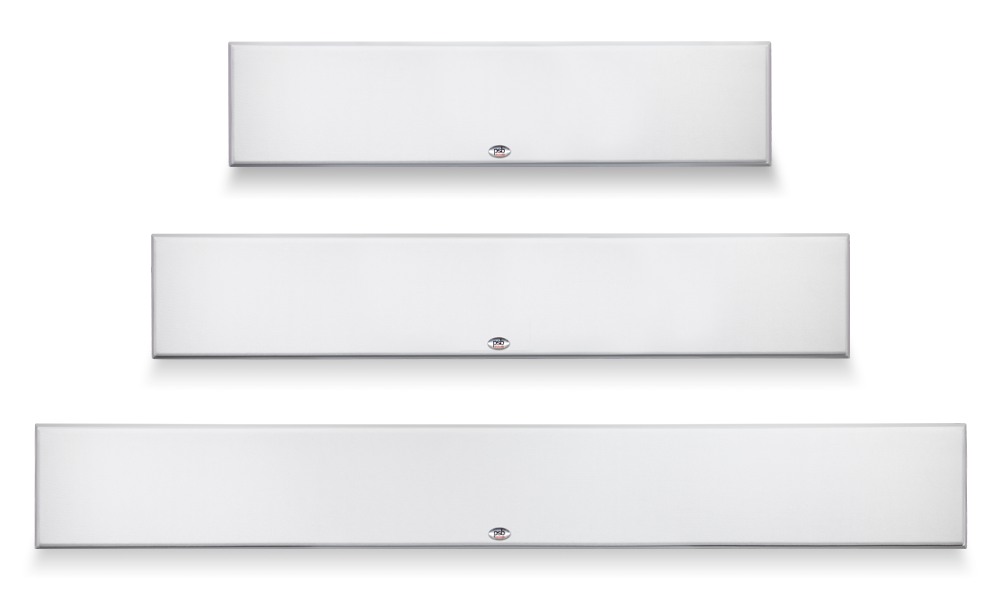 PSB Speakers, from Pickering, Ontario, announced the release of the PWM on-wall speakers on September 3, 2020. With the PWM series, PSB wants to change our perception of these types of speakers. The PWM line contains three models: the PWM1 ($799 each, all in USD), the PWM2 ($1499 each), and the PWM3 ($2499 each). PSB agreed to send me a set for review, and I spoke with PSB’s Joe De Jesus about the development of the line. De Jesus joined Lenbrook International, the parent company of PSB Speakers, in 2018 as its custom installation (CI) product manager. Along with a long career in consumer electronics, he brings an extensive CI background to PSB, having owned CI companies for several years before joining PSB.

His focus for the PWM series was to make them work for the way people install and use them. De Jesus set real-world parameters for the design team, such as the typical distance between couches and TVs, the height of mantles that TVs are usually mounted on, and how far apart the speakers are typically placed. All of these constraints have specific performance requirements for the speaker components. In the CI world, looks play a big role. “With CI, it has to have a certain aesthetic appeal before it can be considered,” De Jesus said. “It’ll never get to a two-channel demo if an interior designer or architect just says no.” Contrary to what I thought, it’s not the best-looking speaker that will be successful either. “You don’t want it to have such a look that it takes away from everything around it. The wall should wear the speaker; the speaker should not wear the wall,” he said. PSB resisted the urge to go with gloss finishes, choosing instead a more subdued satin white or satin black. Customers also care about the ease of installing the bracket, and even how the product is packaged. Time definitely means money in the CI industry. 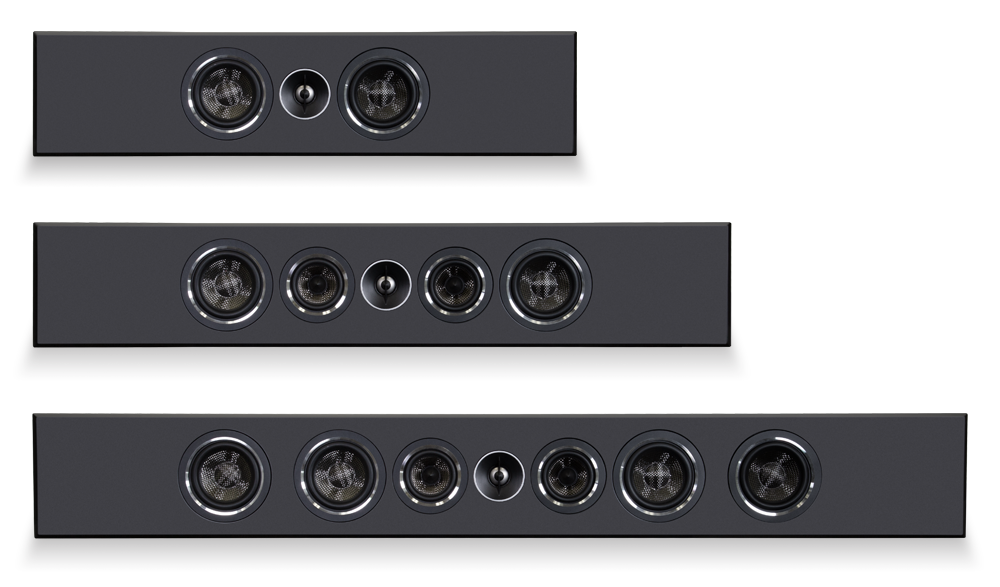 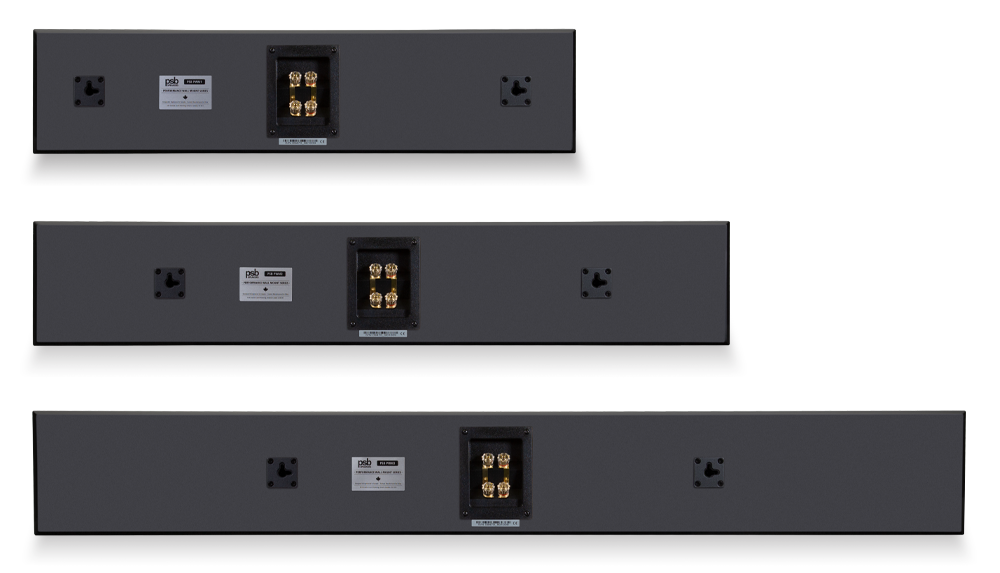 But the company cared about more than just looks -- it set a high bar for the PWMs’ performance envelopes. First of all, the carbon-fiber-cone midranges and woofers are all new, and they provide excellent bass, a rarity in the on-wall speaker class. The -10dB low-frequency cut-off ranges from 50Hz for the PWM1 to 35Hz for the PWM3. On-axis frequency response, tested at the anechoic chamber at the National Research Council in Ottawa, Ontario, is a remarkable 60Hz to 23kHz, +/-3dB. Secondly, the 1" titanium tweeter is also all new, and it’s designed for high power handling and excellent dispersion characteristics. In contemporary homes, the TV typically sits above a fireplace, with speakers located on either side of the TV. The listener normally sits below the tweeter level. In extensive testing and listening, PSB designer Rob Nicholls and his team spent a lot of effort to ensure that the speakers sounded as good from a sitting perspective as they do from standing, as well as when listeners are sitting at the extreme sides of the room. To ensure that the speakers had the consistent PSB sound, company founder Paul Barton performed the final voicing. 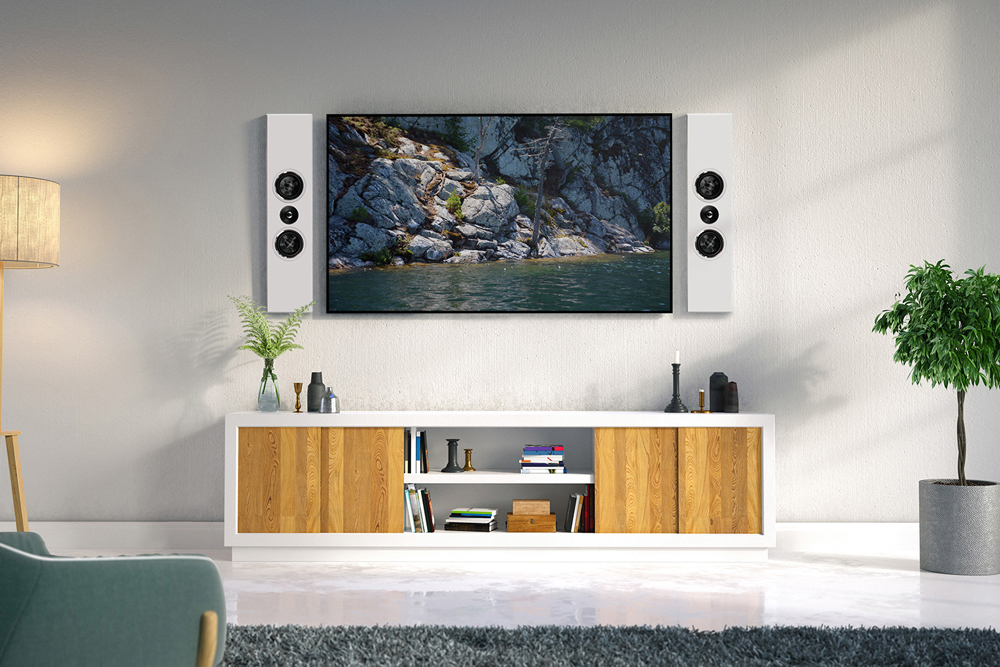 Although there was a lot of emphasis on the CI aspect in the development of the PWM speakers, De Jesus also emphasized that the company wanted great sound quality, and that the typical audiophile or home-theater enthusiast shouldn’t hesitate to consider the PWM series if it serves their unique needs. According to De Jesus, if a customer is looking to marry a center-channel speaker with a PSB floorstanding speaker, the PWM series gives them the option of wall mounting the center-channel. The PWM used as a center-channel will still match the tonality and the dynamic performance of PSB’s floorstanding speakers. This would eliminate the need for a stand and a typical boxy center speaker, which takes up floor space. In fact, he feels that the PWM3 would work well as a center-channel with the company’s best floorstanding speaker model, which is currently the PSB Imagine T3 ($7498 per pair).

PSB will be sending me a PWM-based 5.1-channel system to review, and I’m looking forward to giving it a good listen in my home-theater room. One thing is clear: PSB has taken seriously the performance of the PWM on-wall speakers. These are no mere afterthought -- they’re a serious attempt to bring great sound to the on-wall product genre.