By the early to mid-1970s, John Dawson had completed his undergraduate degree at the University of Cambridge and was in the midst of pursuing his PhD. He was an active member of the University of Cambridge's Tape Recording Society, a student-run organization that supported various audio-related endeavors. John's various interests had extended to solid-state amplifier design, and he began constructing his own amplifiers, selling them primarily to his peers and other local enthusiasts. 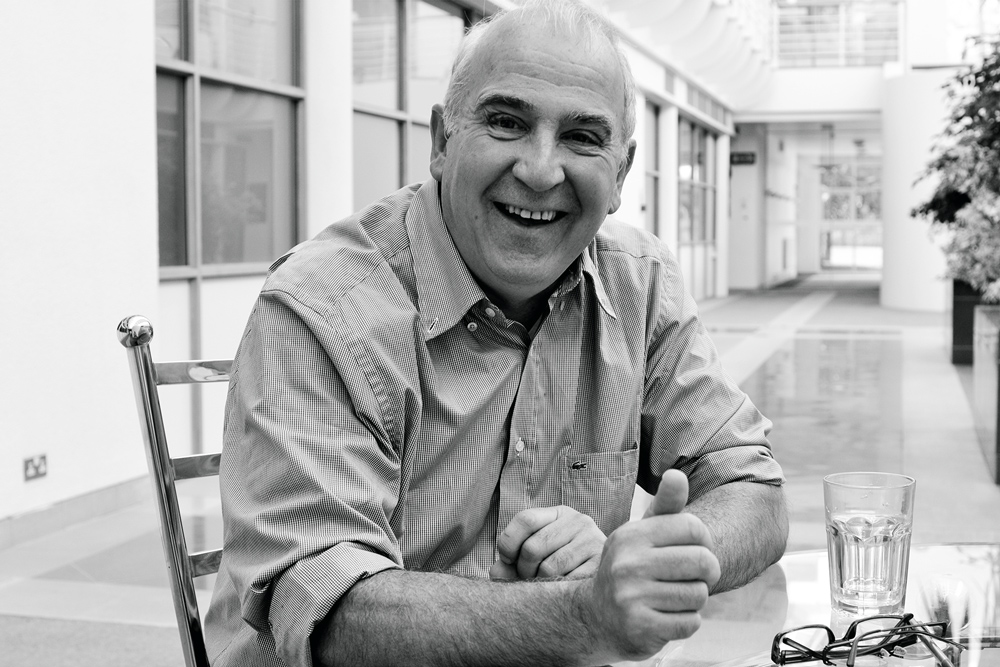 In 1975 Dawson started A&R Cambridge Ltd., with the "A&R" standing for "Amplification and Recording," as they reflected the founder's interests in these subjects. Arcam's first product, the legendary A60 integrated amplifier, was released in 1976 and manufactured in a modest initial run of 50 units. Interest escalated quickly, as did production. In May of 1977, reviewer Peter Herring of British hi-fi magazine Practical Hi-Fi penned a favorable review of the A60, and from there the company took off.

By that time, Dawson had elected not to complete his PhD at Cambridge, instead preferring to focus on his work. While much of his time was dedicated to Arcam, in the company's nascence he supplemented his income by taking on various other engineering projects. One of these, it turns out, was a small but rather confidential contribution to -- let's say a government project. Dawson smiles mischievously as he reminisces about it. The longer the conversation goes on, it becomes clear that he is not boastful in his delivery. On the contrary, he is a self-effacing sort, but one with a bubbling interest about problem solving and engineering challenges. Indeed, as he talks about the various projects that he has worked on over the years, for both Arcam and elsewhere, his enthusiasm seems to stem from how the challenge was addressed from a technical perspective, rather than the commercial success of a product, or what anyone else thought of it. 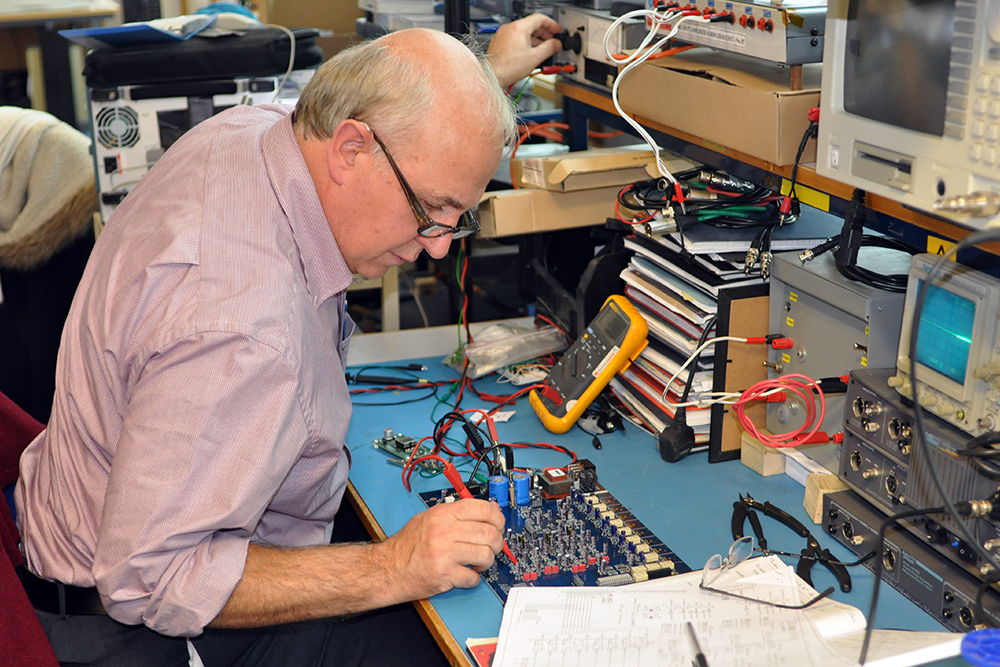 With so many egos in the high-end, this quality is refreshing. It's even more so when one considers that Dawson designed the first outboard digital-to-analog converter (DAC). Didn't know that? With the advent of the compact disc in the mid-1980s, Arcam entered the digital arena by releasing a CD player, and the company was in fact the first UK manufacturer to obtain a manufacturing license from Philips, one of the format's pioneers. John knew that putting a transport and a digital-to-analog converter in the same chassis was a nightmare as far as isolation was concerned. Why not, then, separate the two? Isolating the transport, with its various moving parts and sensitive laser, the rather "loud" world of digital signal processing, meant that he could make significant gains in terms of performance.

Arcam's Black Box DAC was released in 1989 at a price of $650 USD, which equates to approximately $1225 in 2013, when taking inflation into account. Arcam released several iterations of the unit, but the company returned to producing CD players by the mid-1990s -- highly regarded ones, mind you -- as it became clear that the market was not yet ready for standalone DACs. But with the veritable explosion of computer audio in the late 2000s, Arcam re-entered the arena. Dawson spent a great deal of time on Arcam's $3299 flagship FMJ D33 DAC, which I reviewed last year, while also working on the trickle-down $549 irDAC, which, as I'll touch on in another piece, is crazy good for the price. 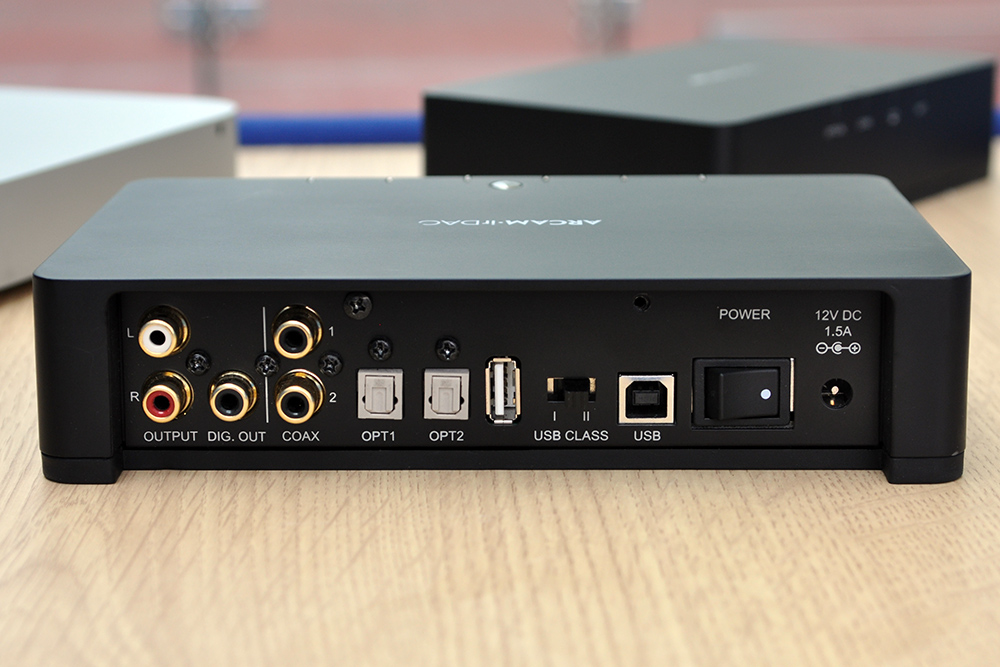 Despite this attention to digital products, the founder of Arcam has not forgotten his roots. His more recent focus has been on the $999 A19 integrated amplifier, a review of which I am just finishing up. He talks with real pride about it, lavishing particular praise on the headphone section. Most manufacturers would be content to source an off-the-shelf component, link it to the volume control, and be happy, even if it did not play terribly well with a wide variety of headphone loads. Instead, John built his own. Two simple but high-quality operational amps allow the A19 to basically be load-agnostic, and in turn, friendly to even the toughest-to-drive pair of cans. The aforementioned electronic volume control, by the way, is the same high-quality Burr-Brown unit used in Arcam's flagship products. The 50Wpc (into an 8-ohm load) amplifier section has a new and unique topology among Arcam products, while the preamp remains commendably quiet. Add in a phono section and a full-function remote, and it's pretty damn impressive.

Nearly 40 years on, then, John Dawson's company has not only endured but also flourished. It produces a variety of products that span several categories and price ranges. Everything is engineered in their Cambridge headquarters, where new and interesting products continue to be rolled out. And rest assured, the evergreen Dawson remains huddled over a workbench, soldering iron in hand, not because he has to be, but because he wants to be.