Jeremy Brown (shown below), Cyrus Audio's Export Sales Manager, was kind enough to give me an in-depth tour of the company's workshop. 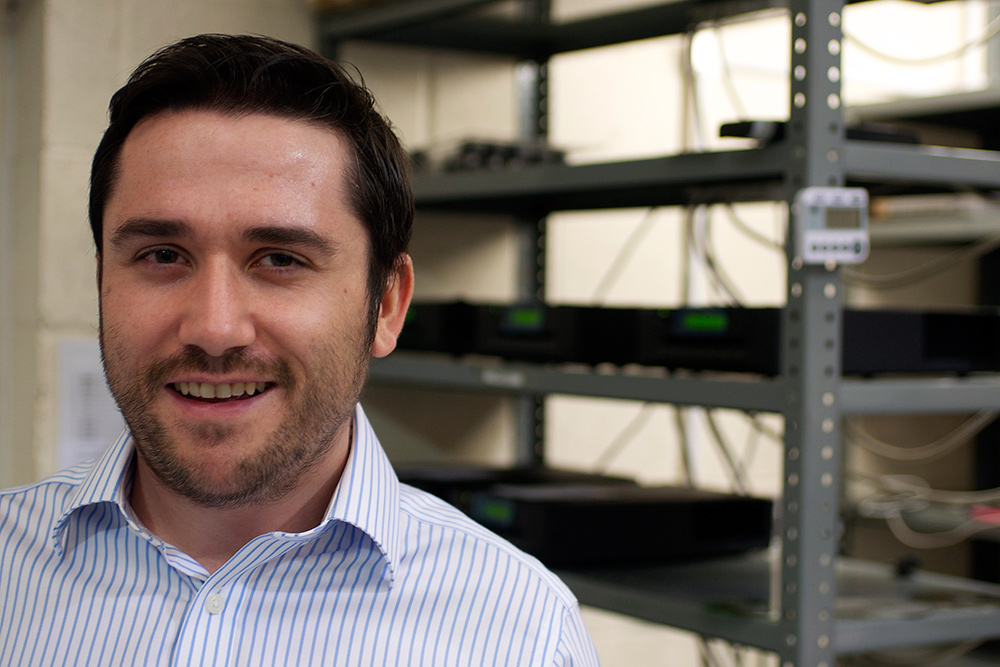 Many high-end manufacturers have a signature design that most audiophiles associate with them, and Cyrus is no exception. In fact, up until 2013, Cyrus's signature design was its only design, the HA7 chassis. The HA7 was originally introduced in the mid-1980s, and has since been subtly refined to accommodate the company's design needs. 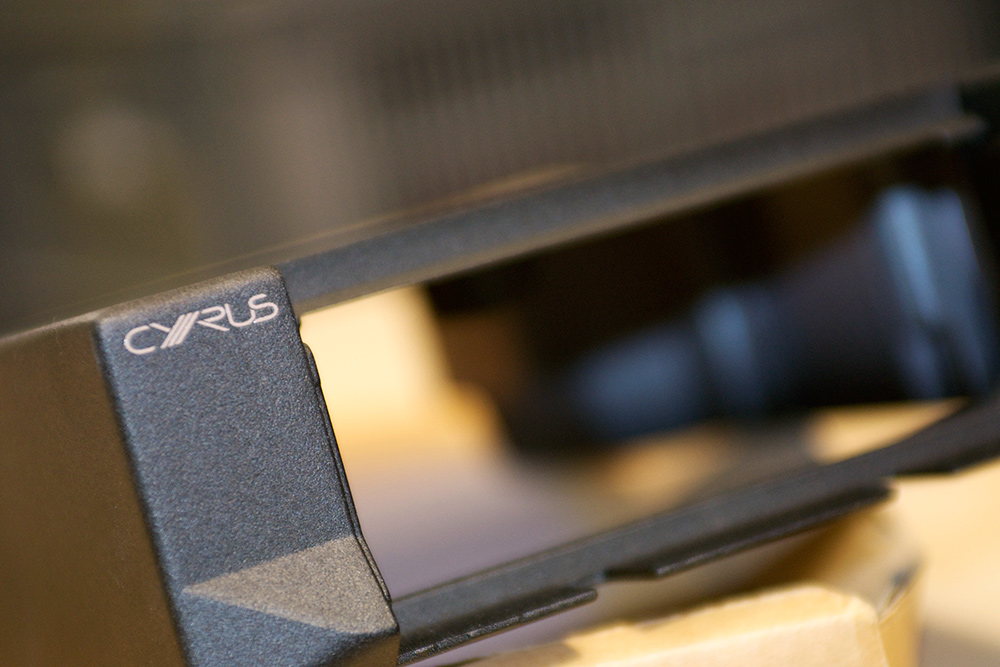 The chassis was originally made of magnesium, but in 1993 it shifted to a cast-aluminum design, which is produced in Sweden. Molten aluminum is injected into the mold, carefully hand finished through 11 processes, and then painted locally, in either black or silver. Apparently, the far majority of customers prefer the stealth-black look these days. 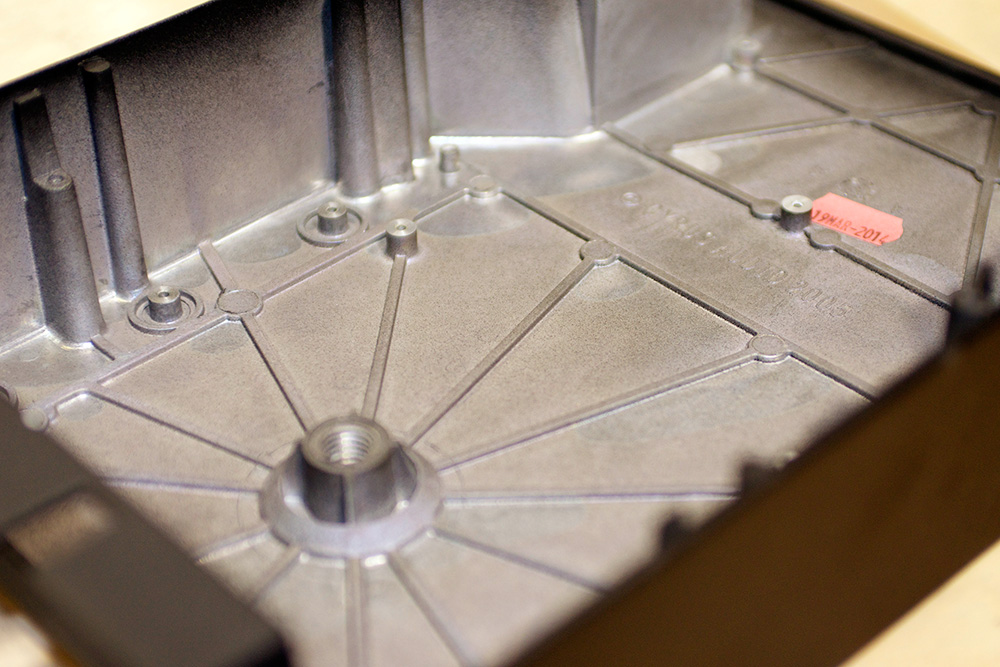 The casework is more substantial than meets the eye -- this is not the folded metal chassis you might find in many value products. On the contrary, it's quite heavy and robust. You'll note the various mounting points inside the chassis for the more than 20 different products that use the HA7. Cyrus is proud of the strength and iconic shape of the chassis, and not particularly inclined to change it for the sake of being new. No, they would rather invest in the components of their hardware to derive ever-better sound quality out of them. 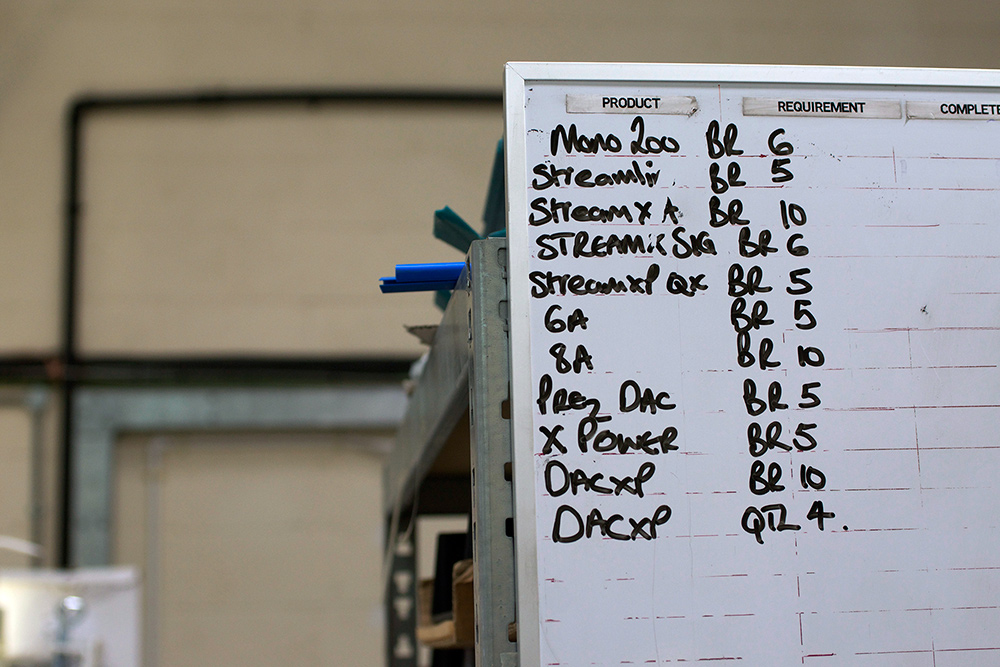 Technicians, many of whom have been with the company for years, populate the chassis as is called for by the given order requirements. 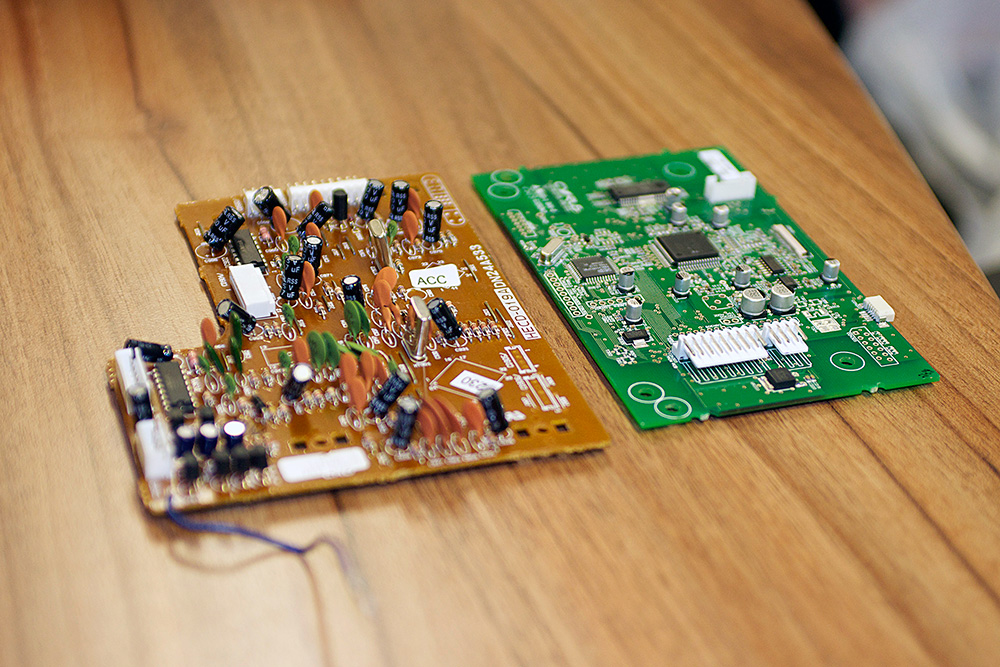 Custom, four-layer circuit boards are used. Cyrus engineers design each of these in the company's Huntingdon, UK, headquarters, and they're manufactured elsewhere in the UK. On the left in the photo above is a board from a legacy Cyrus product, and on the right, a circuit board from Cyrus's newest line. 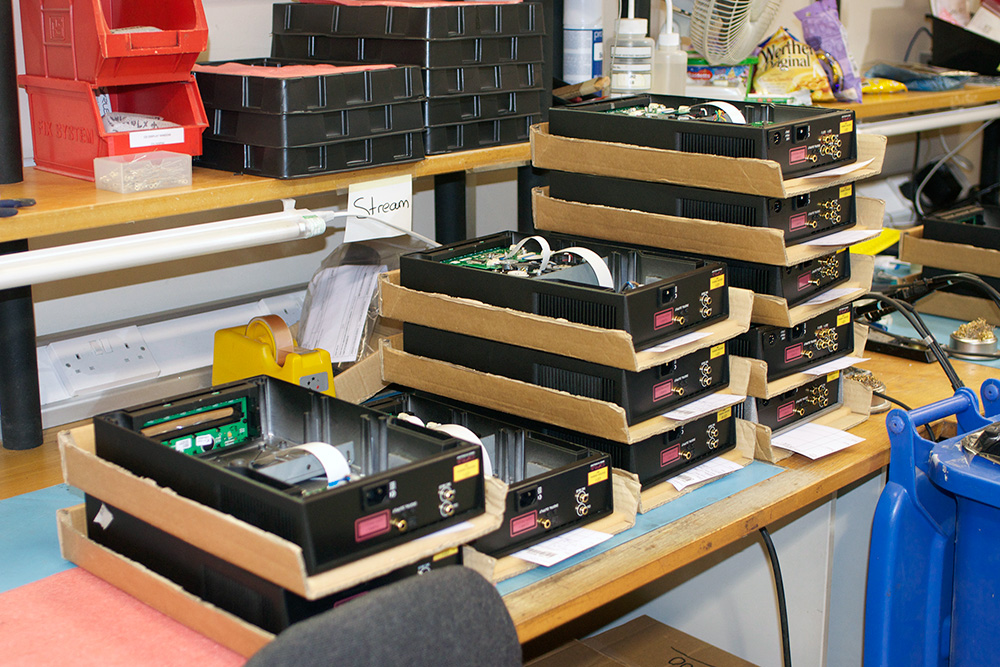 The chassis are populated in stages. 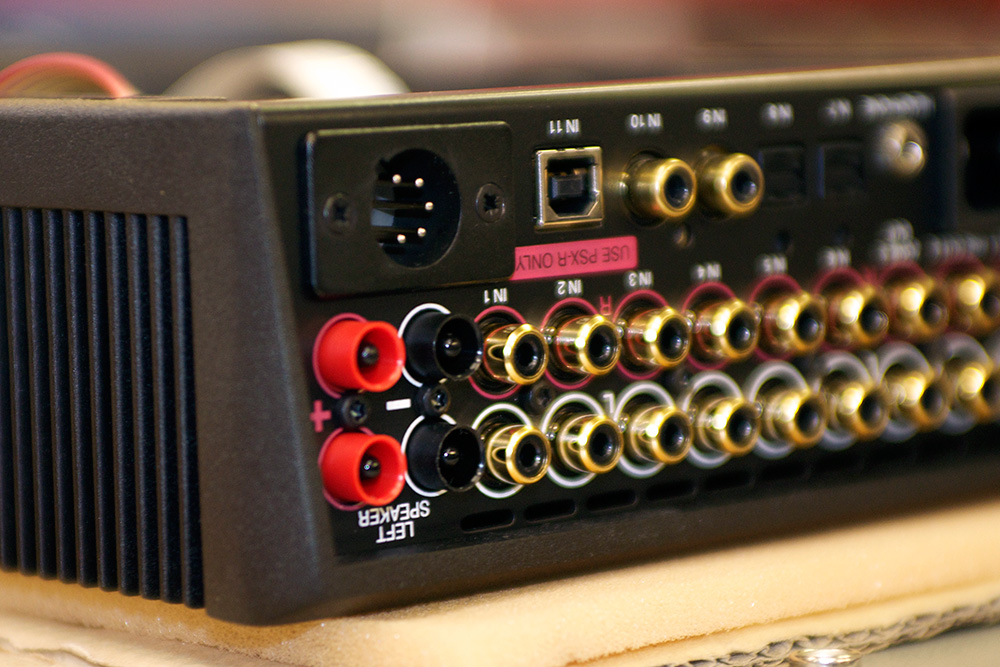 The rear panel of the almost-finished product. Once completed, it will head over to QA personnel.

Once a product is finished, it goes through a vigorous testing routine to ensure that it is in full working order. The individual parts that go into a specific product are catalogued in Cyrus's internal database, so that any potential issue that arises can be traced back in time, and a given fix can be implemented. 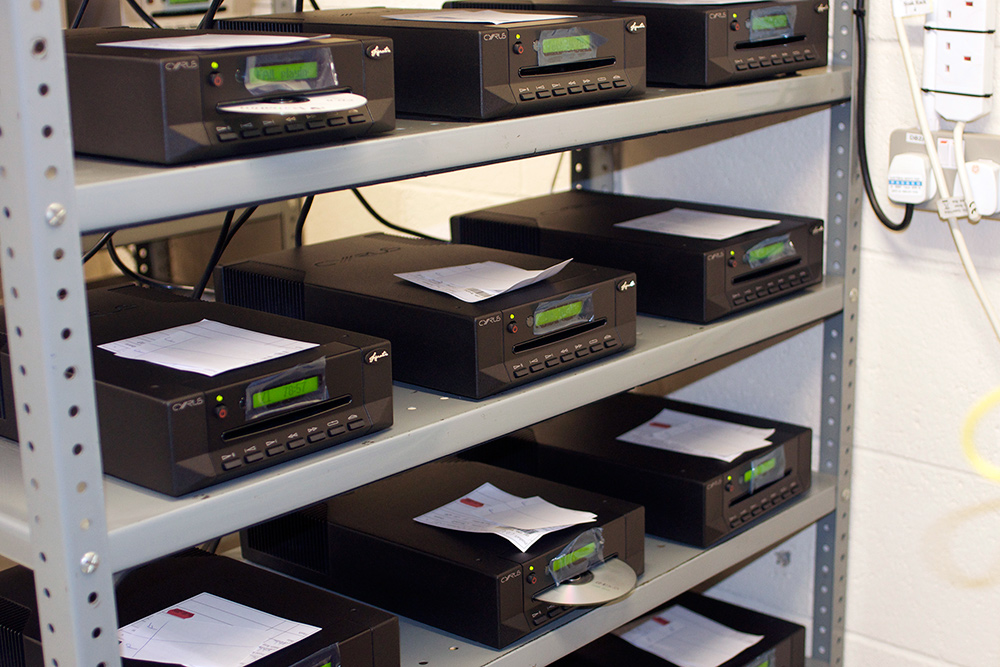 This includes the many CD players that Cyrus continues to sell, and see strong demand for. 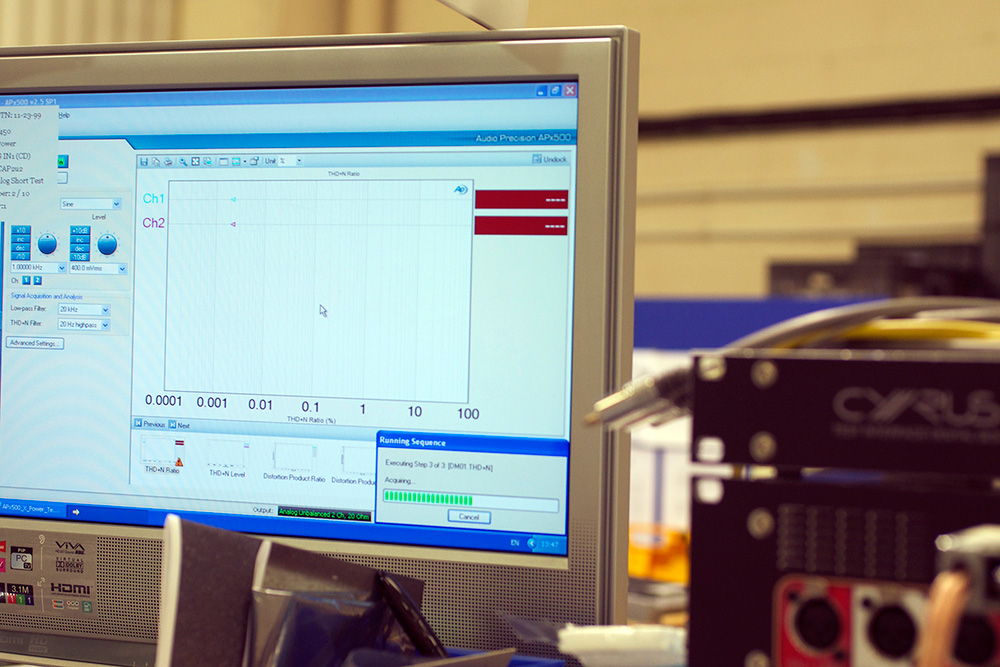 Each and every transport mechanism is rigorously tested prior to a CD player being sent to a Cyrus dealer. 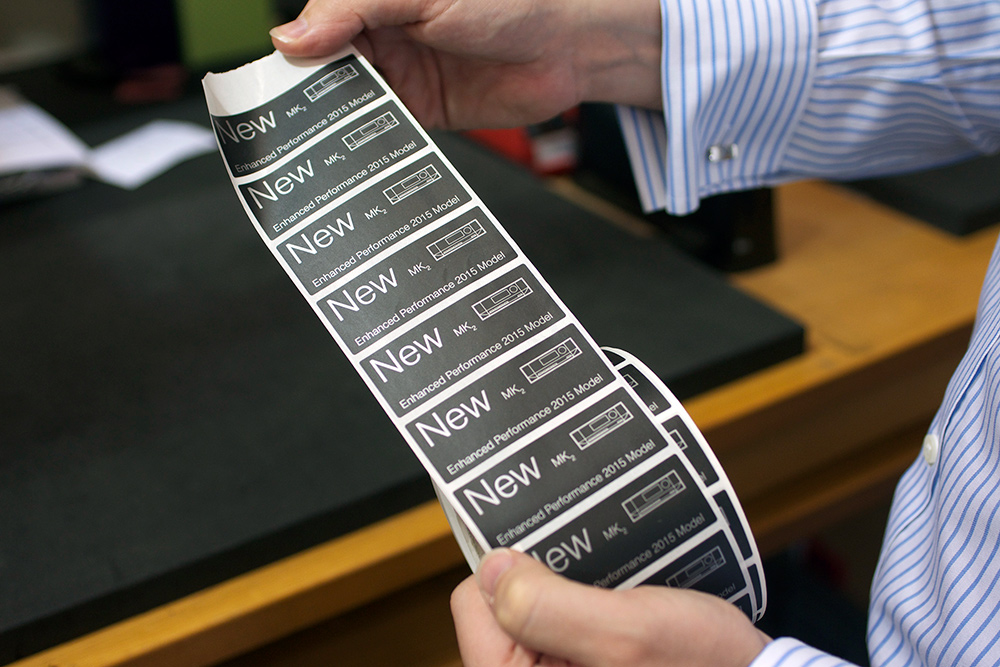 Products are then labeled and . . . 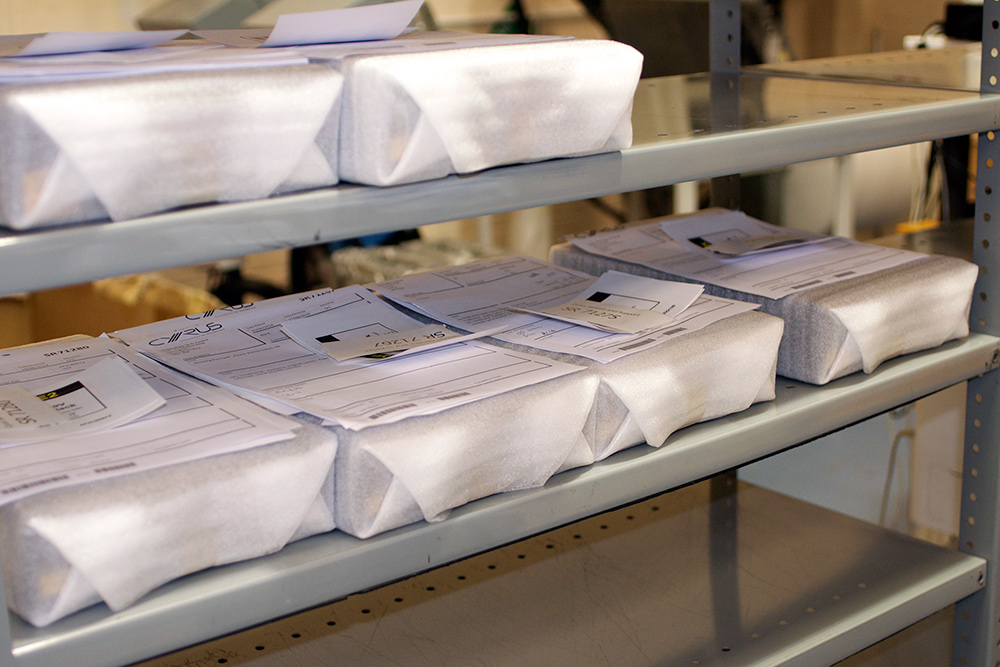