Cyrus Audio: A Little Listening (and the Future)

As mentioned previously, Friday afternoons are fodder for the imagination at Cyrus, and their engineers have come up with some interesting stuff. Several years back, one announced, "I want to do a class-D amplifier," while another said, "I want to do a switch-mode power supply." Peter Bartlett duly responded, "Between the two of you, you're going to bankrupt this company's IP!" It turns out that the switch-mode power supply was a more daunting prospect than anticipated, and while there is still hope for it, the company elected to focus its attention on class-D amplification in the hopes that it would bear fruit. 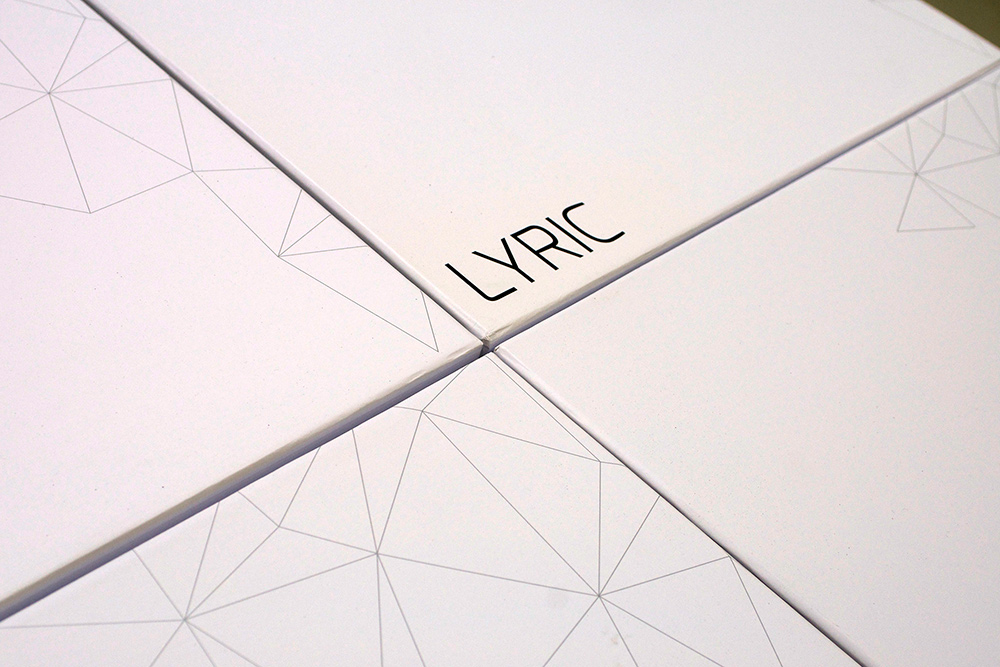 Two years on, it did. In late 2013 Cyrus unveiled the Lyric series, its first class-D products. In a somewhat unconventional move, the company's class-D offerings became its flagship line, while its stalwart class-AB designs were more modestly priced. Of course, rather than using an off-the-shelf Hypex or ICEpower chip, Cyrus had designed its class-D amplifier from the ground up, electing to use a linear power supply. Having heard the Lyric 09 at CES 2014, I knew that their class-D efforts were quite accomplished. It was not until I spent time in Cyrus's listening room that I came to appreciate just how good it is, however.

Rather than demo the Lyric 09, Peter and Jeremy Brown gave me a sneak peak at the company's upcoming Stereo 200, a 200Wpc stereo amplifier that builds on the foundation of the class-D amp in the do-it-all Lyric line. Peter Bartlett explained that the class-D heart of the Stereo 200 is "a big leap forward -- it's a more refined and more accomplished version of the same amplifier topology found in Lyric." Still present is SID, short for Speaker Impedance Detection. As Peter explained, due to the behavior of a class-D circuit, its output stage is impedance dependent. So an 8-ohm loudspeaker, for instance, sounds dramatically different from a 7-ohm speaker. This is problematic for an electronics manufacturer such as Cyrus that prides itself on supplying a specific listening experience to its customers, and with a traditional class-D design, one simply does not know what the consumer will hear. When a Lyric product or the Stereo 200 is turned on, the amplifier fires out a reference signal to the left loudspeaker, which creates a feedback loop and compares the original signal to what the amp sees from the completed loop. It then detects the average impedance and tailors its frequency response to the individual loudspeaker. How about that? 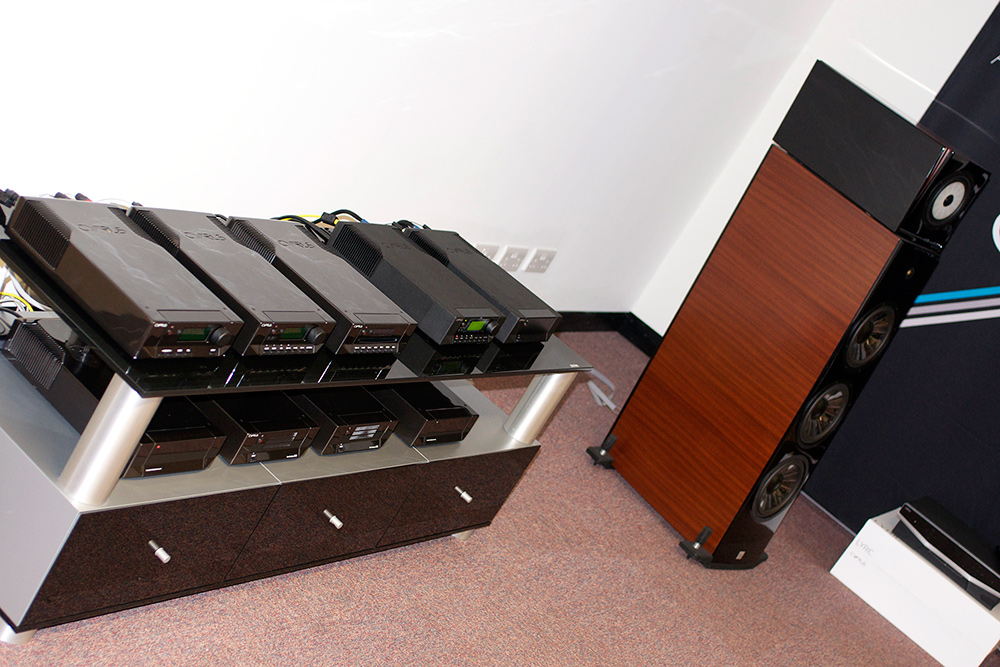 Jeremy Brown linked up their Stereo 200 prototype to their flagship Stream XP, a streamer, digital-to-analog converter, and preamplifier. A PSX-R power supply was also present, with Cyrus-branded solid copper interconnects and speaker cables, the latter of which were wired to a pair of imposing $27,000/pair Vienna Acoustics The Music loudspeakers. Given the diminutive size of all the Cyrus electronics, each component housed in the now quite familiar HA7 chassis, I wasn't sure what to expect in terms of the character, scale, or weight of the resultant sound.

I previously mentioned Peter Bartlett's "red thread," that signature Cyrus sound that can be found in every product in the British firm's line. With Cyrus, it turns out, it's all about the midrange. We listened to several house selections, and I was repeatedly struck by the wicked tonal purity on offer, with both male and female vocalists just flying out of the monolithic Vienna Acoustics loudspeakers. The prototype amp was not only criminally fast, but it finessed that fine line between maximizing detail without sounding too crisp or edgy. Indeed, this emphatically did not sound like class-D amplification of yore, with thin, brittle, etched treble; a hollow midrange; and anemic bass response. The subtle midrange emphasis was married to a clean, soaring treble that permitted an expansive soundstage. Bass response was also plentiful, I found out, as Jeremy permitted me to use the Cadence app with the Stream XP to play my private collection of bass-heavy soundtracks. On went Hans Zimmer's original soundtracks for The Dark Knight and The Thin Red Line, and the German composer's punishing, bass-heavy tracks were hammered out fervently. In all, I was mighty impressed with both the sheer resolving ability of the Stereo 200, which is right up there with some of the best class-AB amps I have heard, and by its rich tonality -- a very un-class-D characteristic. 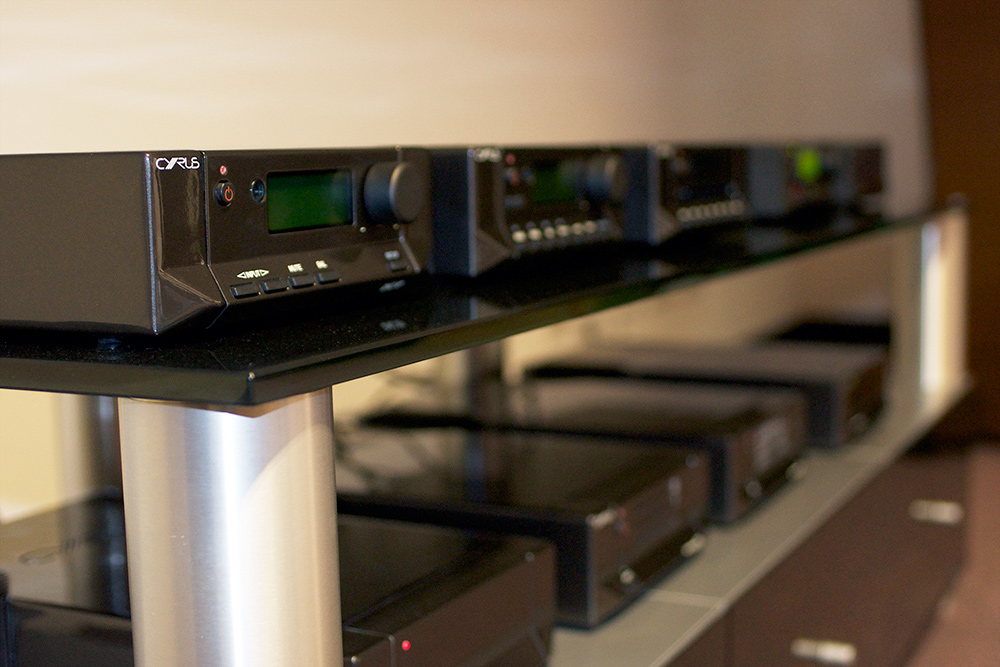 Well, then. I admit being taken aback by just how good Cyrus's novel class-D efforts turned out to be. North American customers, Americans especially, would do well not to focus on the classic lines of the HA7 chassis, but rather on the highly resolving yet immersively clean and refined sound it is capable of demonstrating in something like the upcoming Stereo 200. Apropos of this were some of Jeremy's last words to me as I was packing up to leave the small town of Huntingdon. "Some people think we're a bit dusty and old, that we all wear cardigans. But what we've been able to do in that small box is nothing short of remarkable." Cheers to that.