The last time the SoundStage! Network visited Magico was when Jeff Fritz and Pete Roth visited in March, 2011. Back then Magico was located in a 5000 sq. ft. Berkeley, California, facility, which was mainly used for design and assembly, since the company sourced most of its loudspeaker parts from vendors. 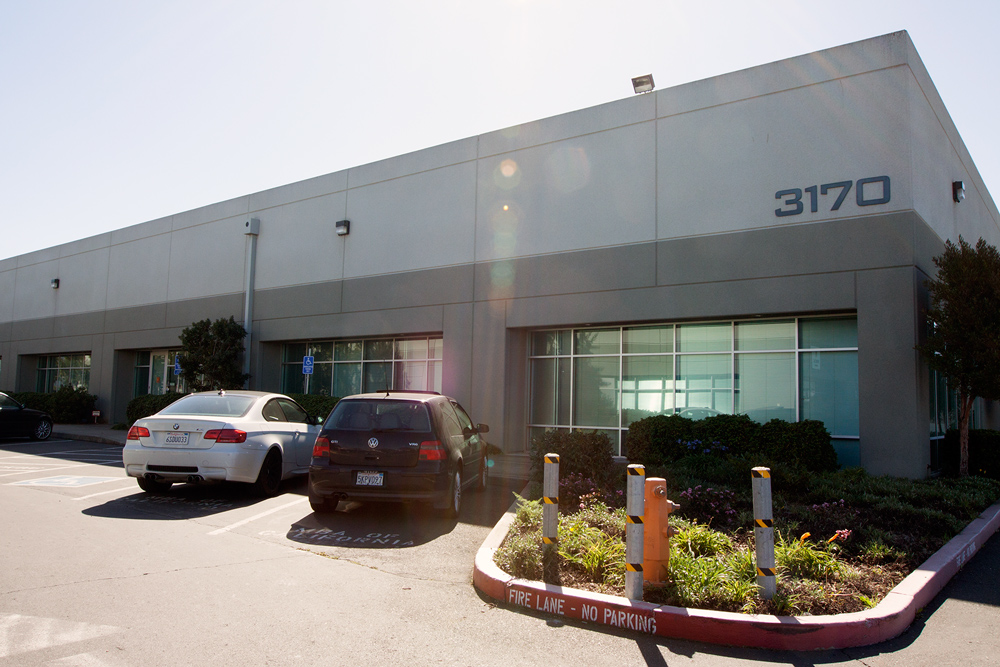 Since 2011 the company has grown considerably and has moved to a 40,000 sq. ft. factory in Hayward, California. Not surprisingly, its production capabilities have increased commensurately -- this new building is now home to a full machine shop housing five CNC machines, which make the bulk of the parts for Magico's current generation of loudspeakers. 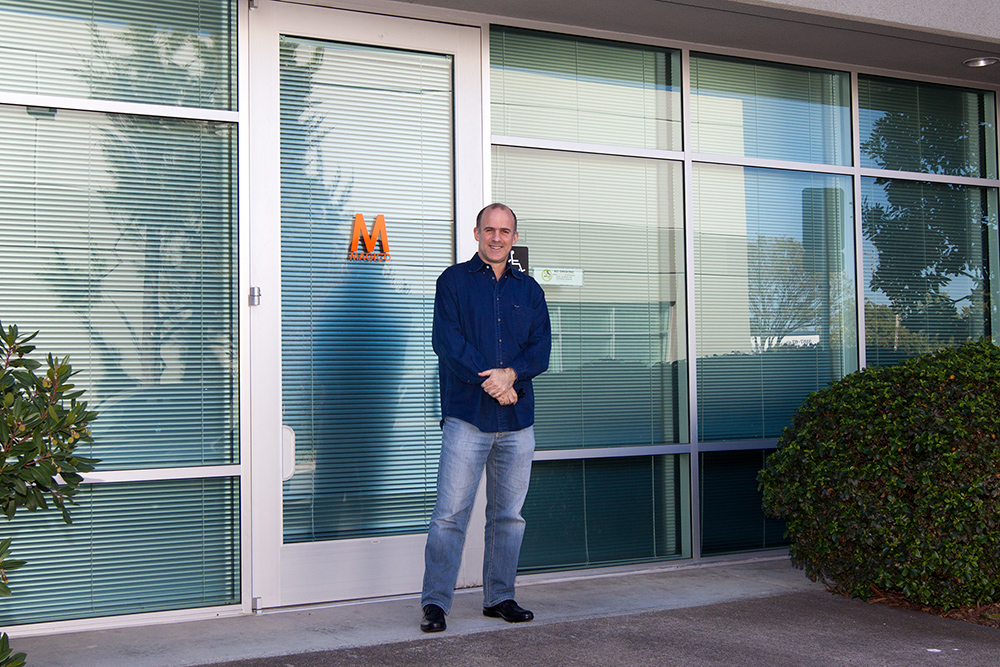 Company founder and president, Alon Wolf, stands proudly at the front door of his new headquarters. 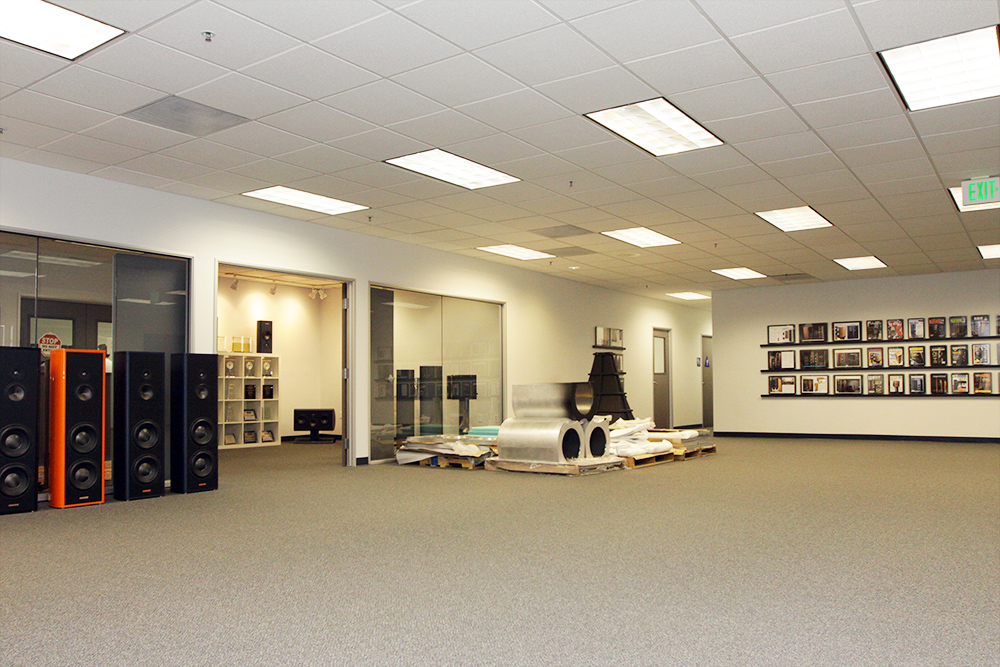 The view of the lobby from Alon Wolf's office door. Some parts for the Ultimate III loudspeaker can be seen laid out in the middle due to full production of other speakers taking place in the main assembly area. The Ultimate III is Magico's top-of-the-line loudspeaker; it's a five-way, horn-based system that retails for $600,000 per pair. 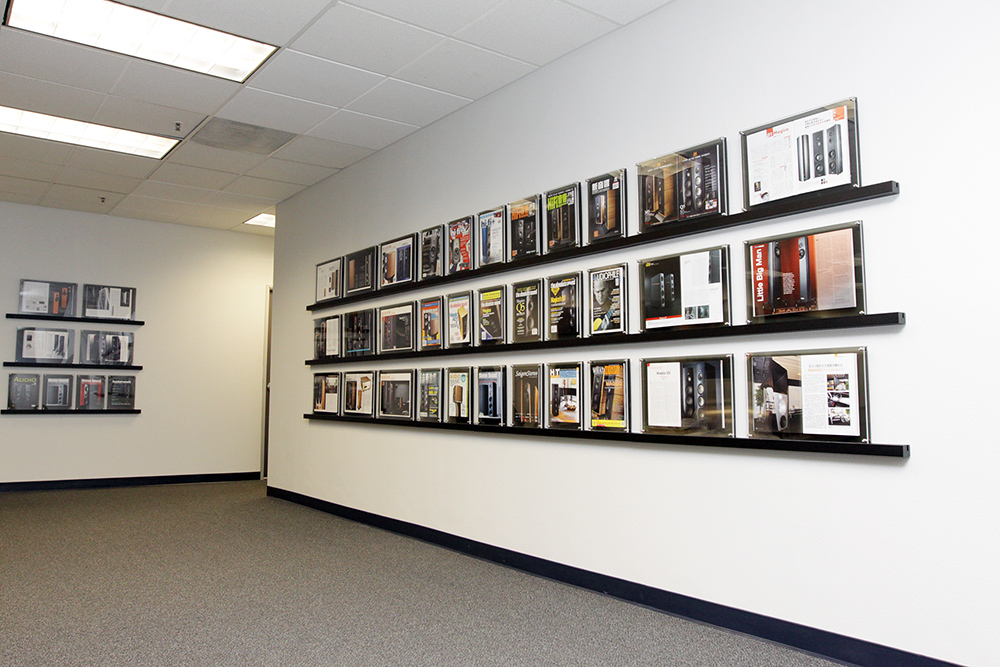 On the right side of the lobby (as you enter through the building's main door) is a display of some of the magazine covers that have featured Magico's products over the years. 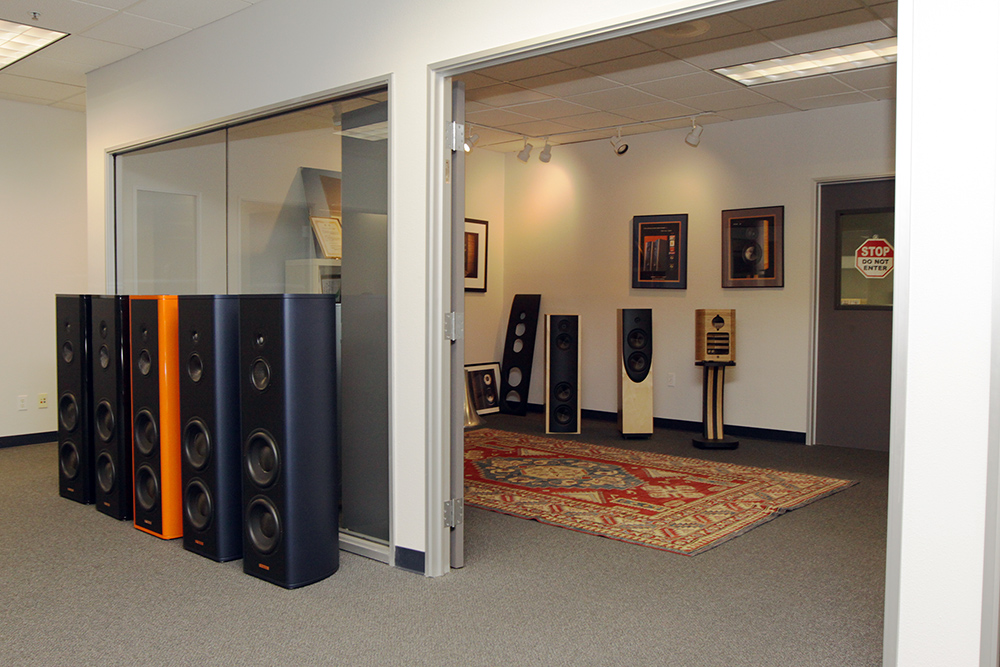 Toward the rear of the lobby are five S5 loudspeakers and the entranceway to the "Magico museum." 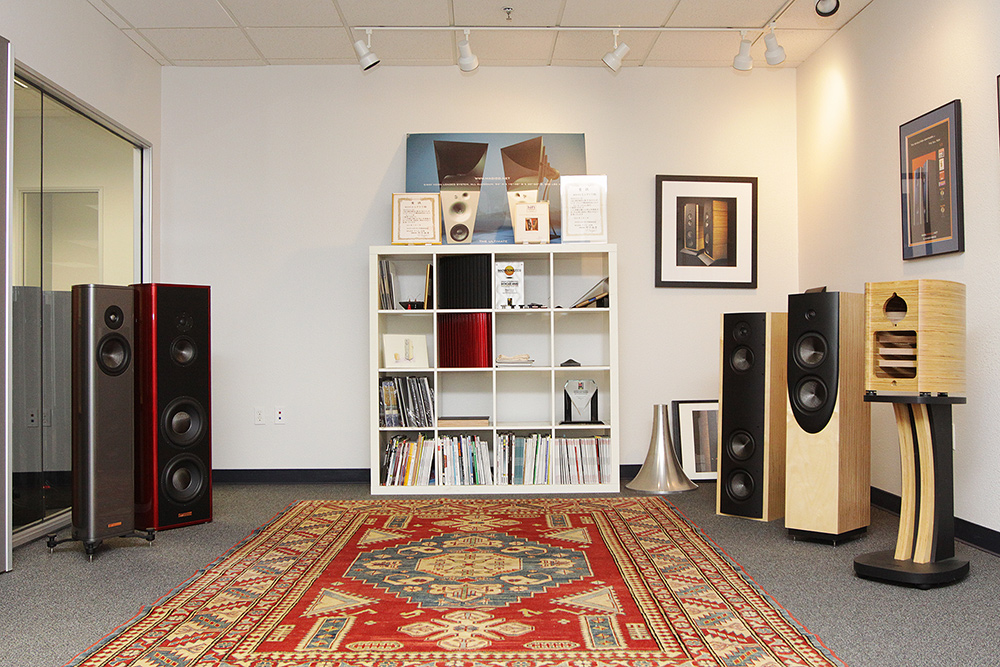 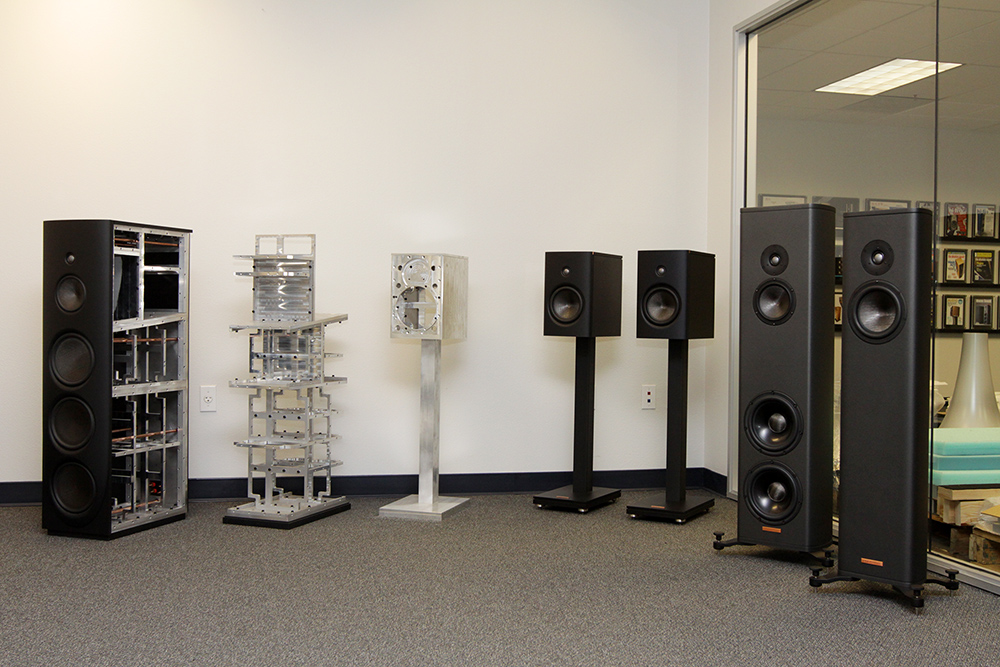 On the opposite side of the room are the current-generation Q5 (far left), S1 (far right), S3 (second from right), and Q1 (third and fourth from right) speakers. Between the Q5 and Q1s are the internal structures of the Q5 and Q1. 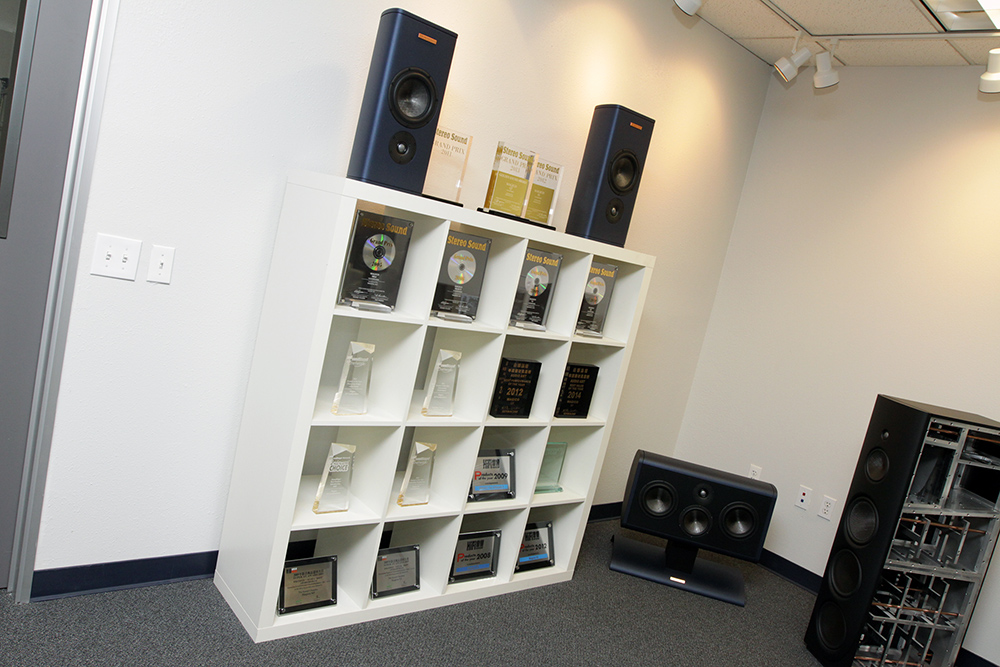 On the rear wall of the "museum" are some of the awards the company has received over the years. To date, Magico has received seven Grand Prix awards from Stereo Sound, the most prestigious magazine in the Far East, as well as . . . 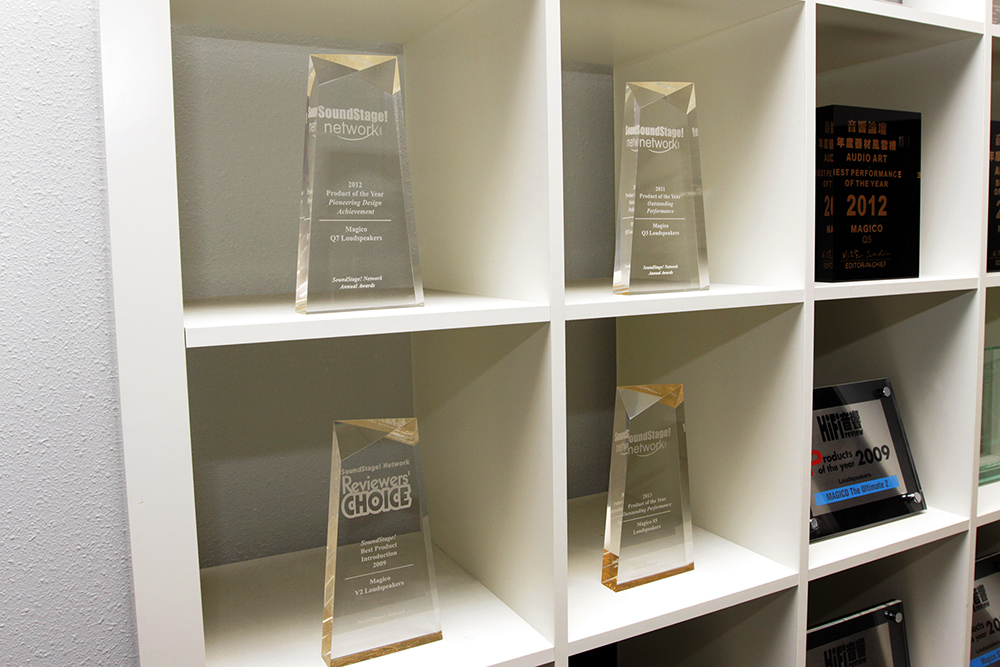 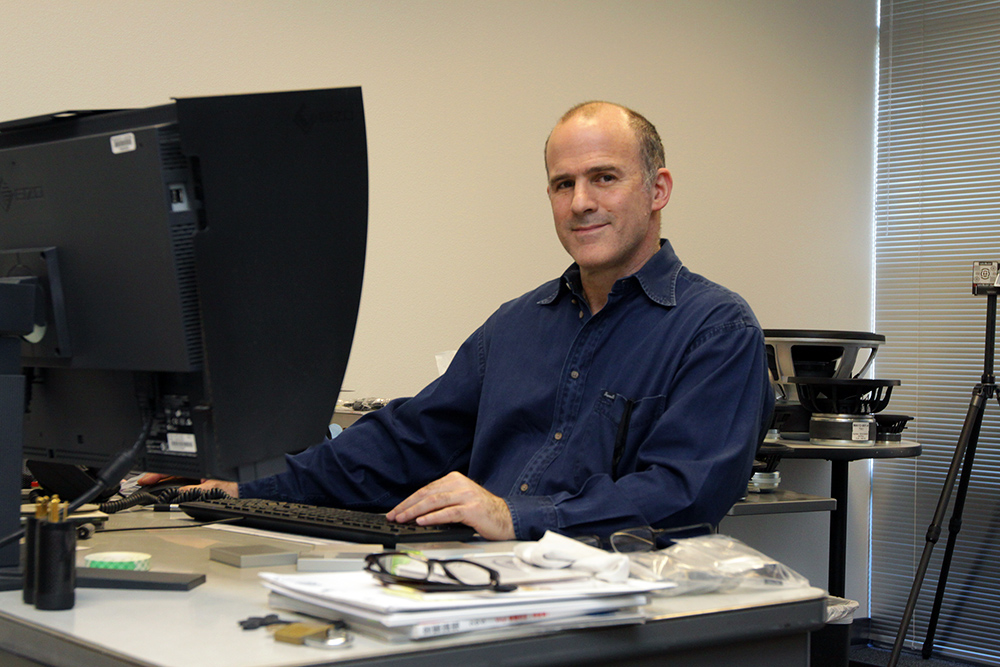 Alon Wolf at his desk. 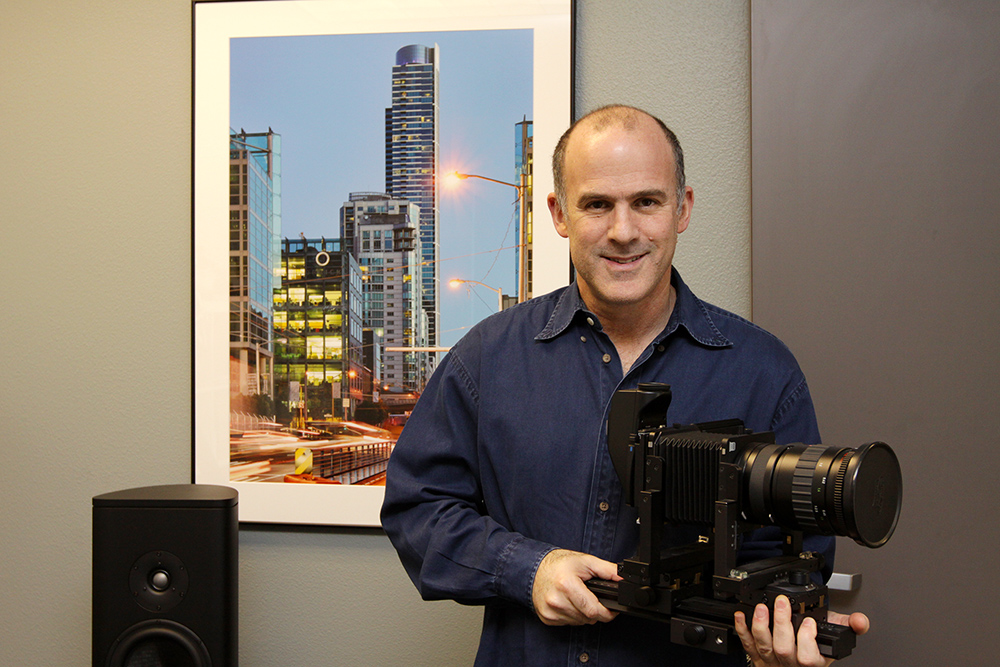 Besides high-end audio, Alon's other passion is high-end photography. Alon is never one to skimp on quality, regardless of what it might cost him. His preferred shooting tool is a Phase One medium-format camera.